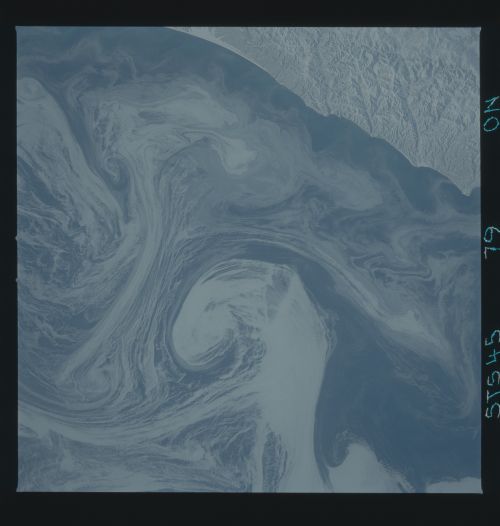 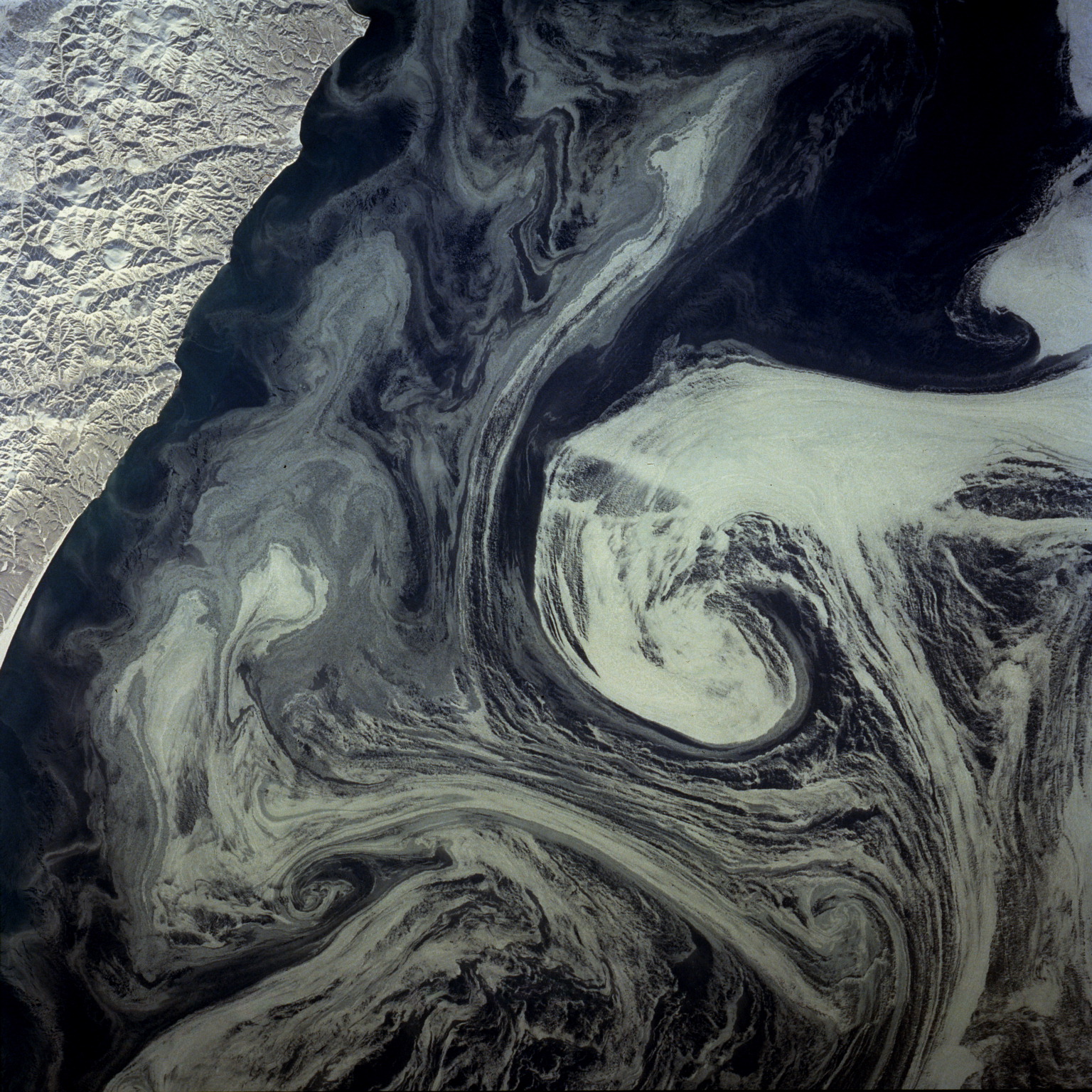 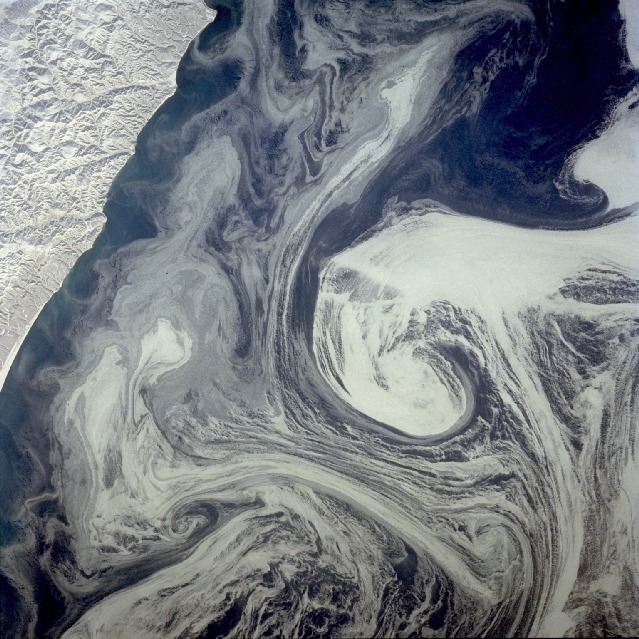 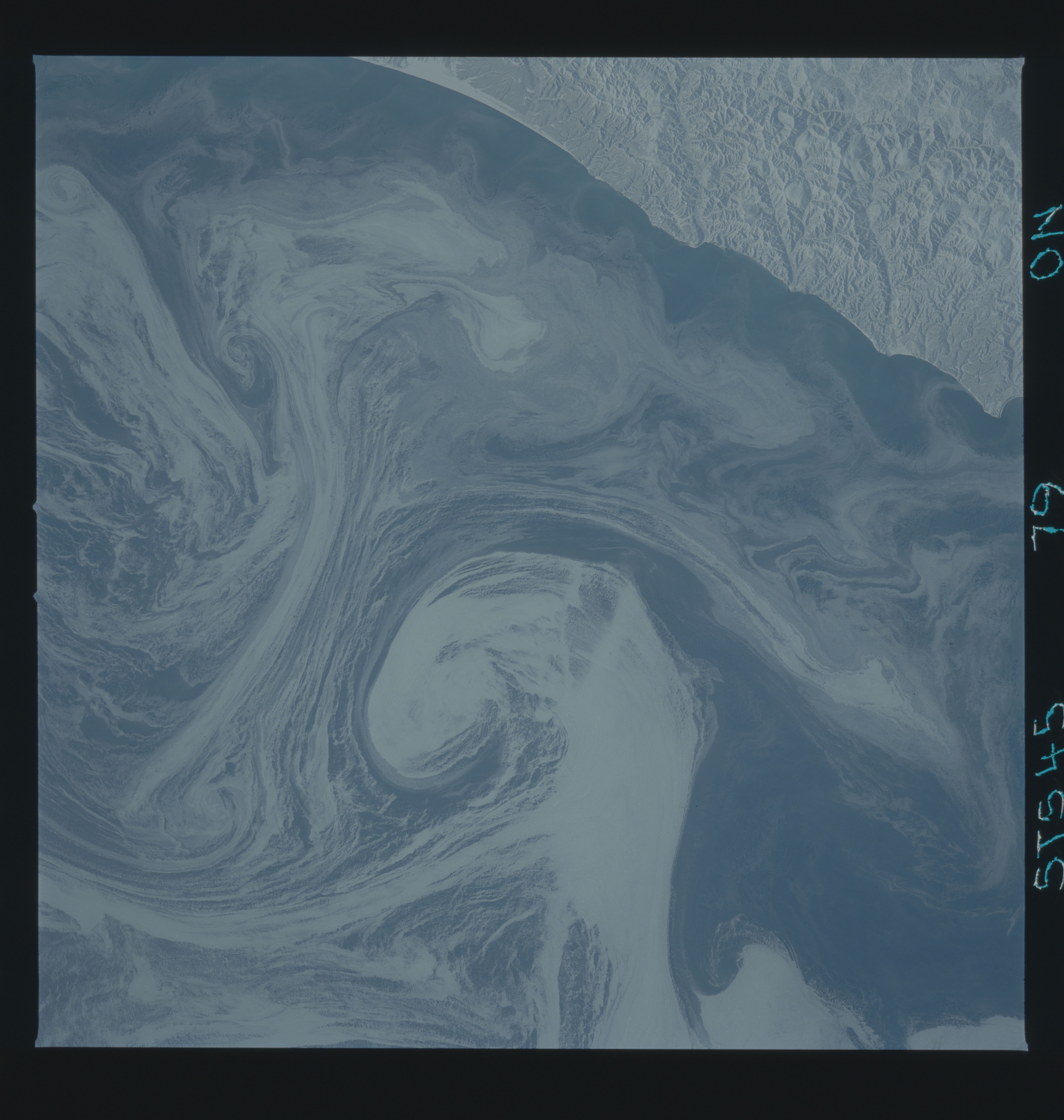 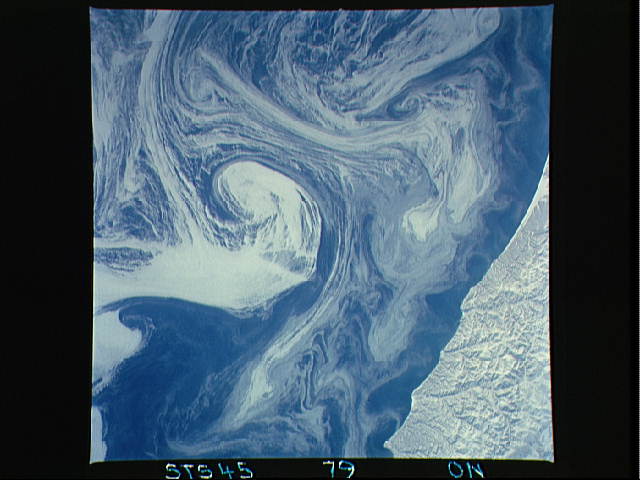 
Spacecraft Altitude: nautical miles (0km)
Other options available:
Download Packaged File
Download a Google Earth KML for this Image
View photo footprint information
Image Caption: STS045-79-00N Oyashio Current Sea Ice, Bering Sea March, 1992
Sea Ice, just off the coast of the eastern Kamchatka Peninsula in the Bering Sea, can be seen in this north-northwest-looking low-oblique view. The Bering Sea is a northward extension of the Pacific Ocean between Siberia (including the Kamchatka Peninsula) and Alaska. It is screened from the Pacific Ocean proper by the Aleutian Islands. The Bering Sea is frozen over from mid to late October until late May. The south-southwest flowing Oyashio Current brings cold waters from the Artic Ocean through the shallow Bering Strait and the Bering Sea. This cold current meets with the warm northeast flowing Kuroshio Current off the coast of the northern Japanese Islands to form the east flowing Kuroshio extension. In this view, sea ice is visible flowing in the Oyashio Current. Gyresa or spiral eddies existing within the current near the sea surface move the sea ice into circular patterns. Snow cover (white) covers the thicker ice flows just to the right of the center of the image.