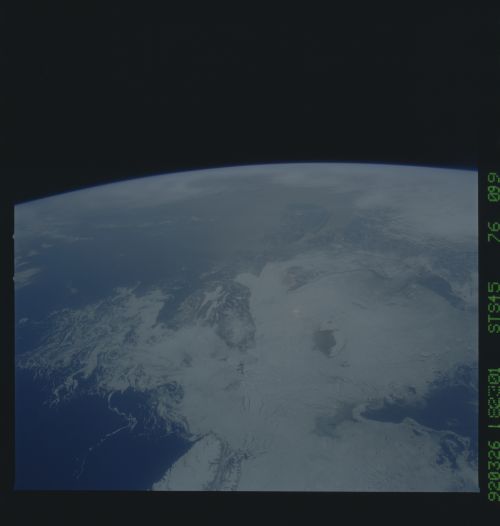 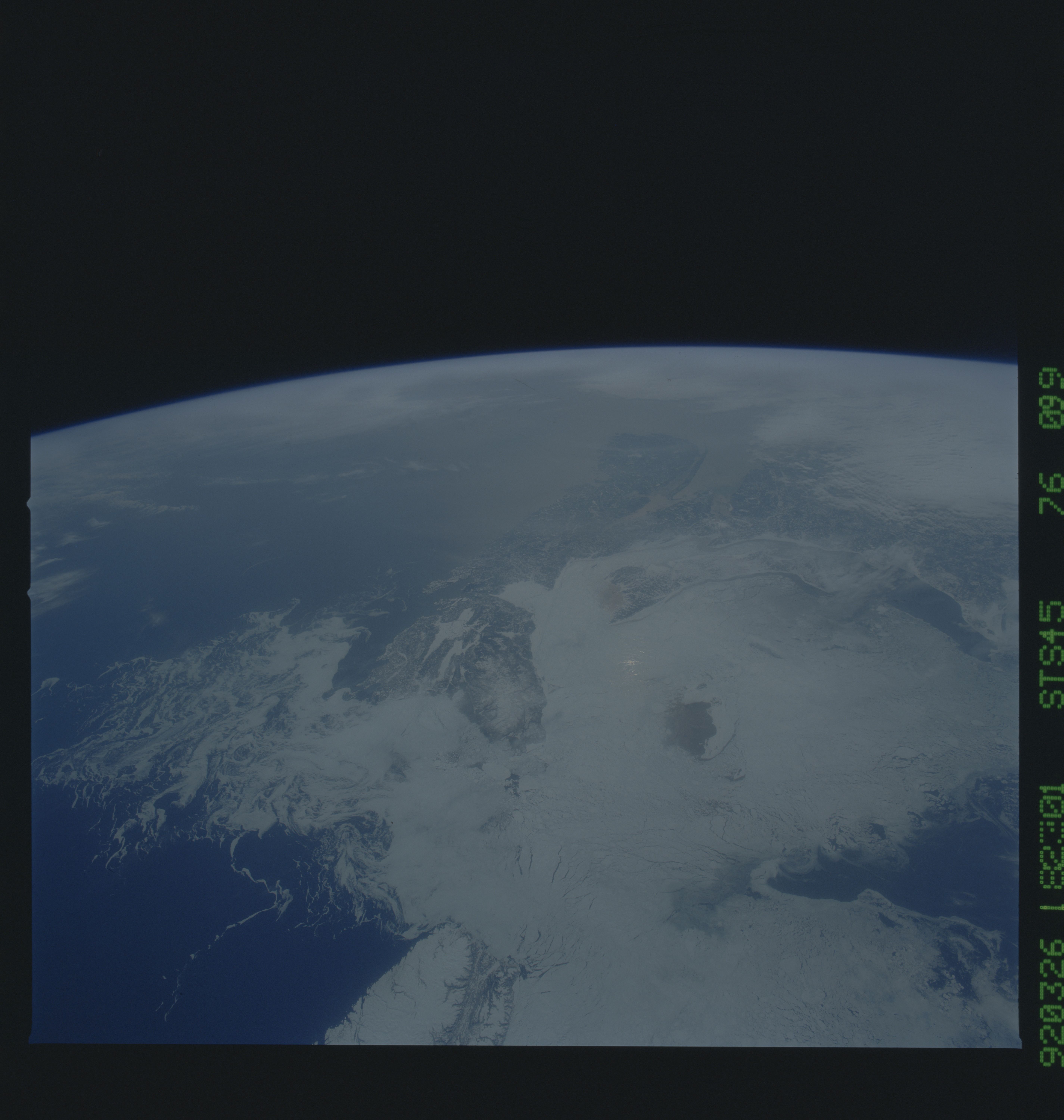 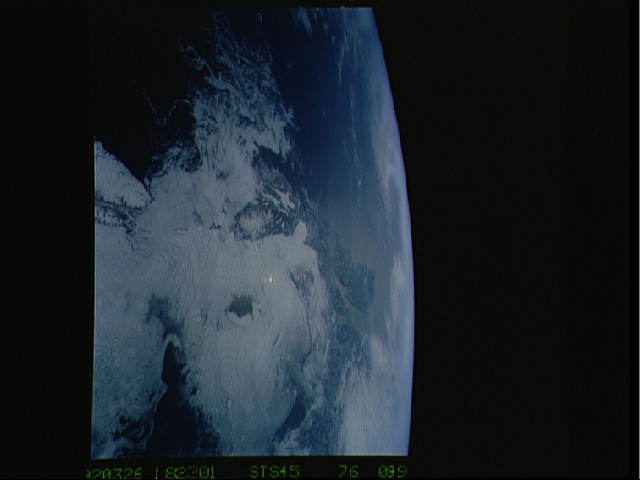 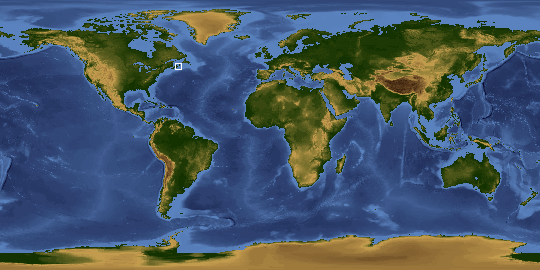 The Gulf of St. Lawrence is filled with ice in this mid March (1992)
photograph. The seaway usually reopens for traffic in late March-mid
April. Nova Scotia and the Bay of Fundy can be seen in the distance.
W147