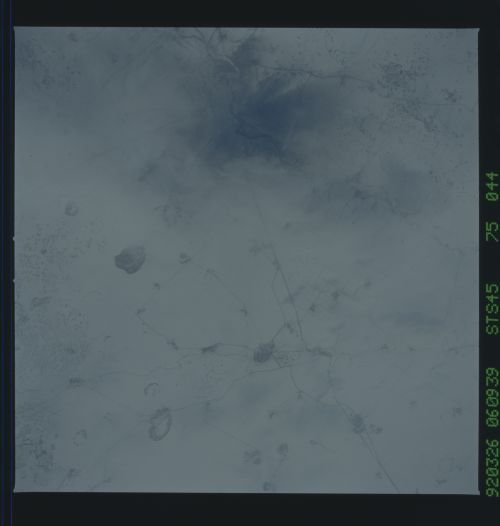 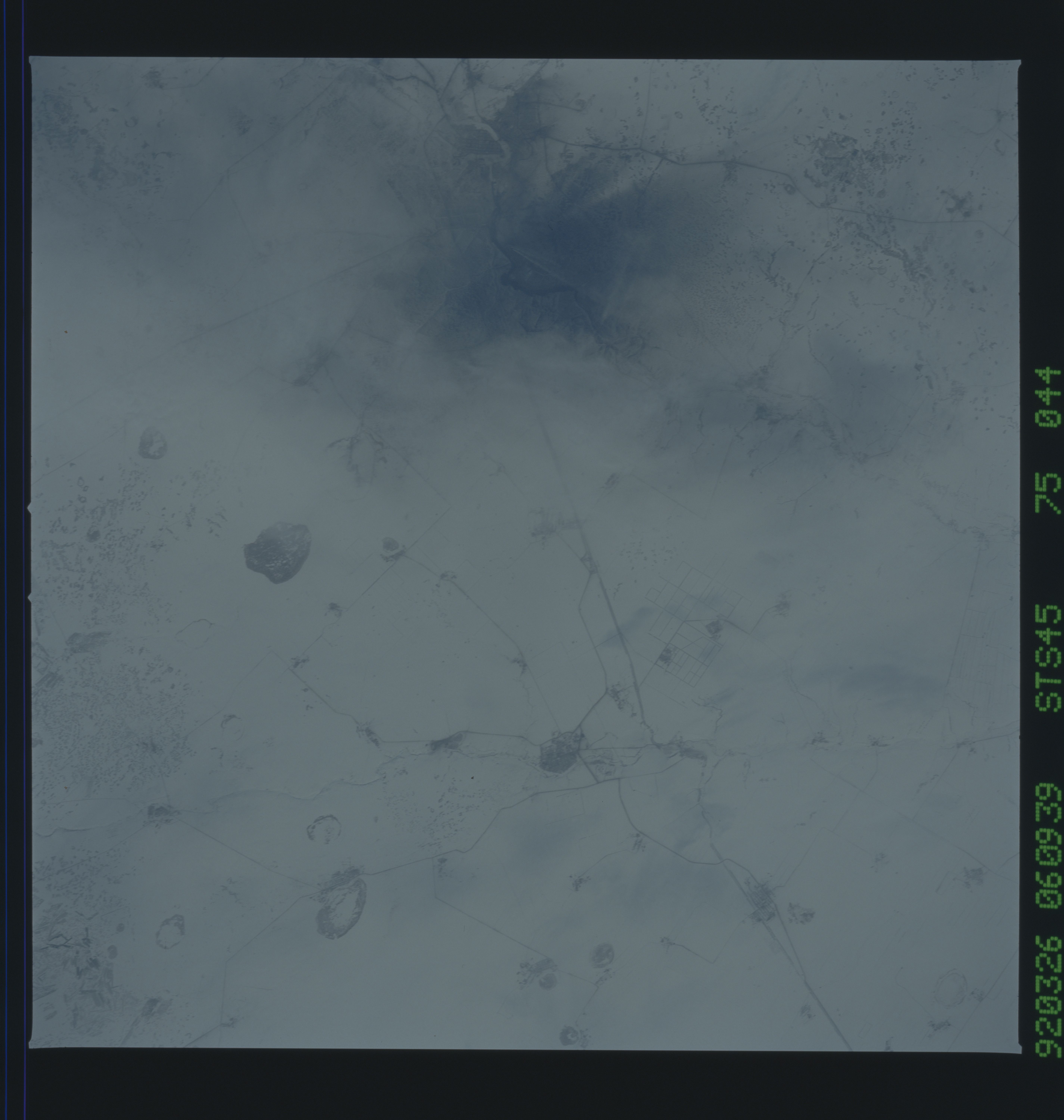 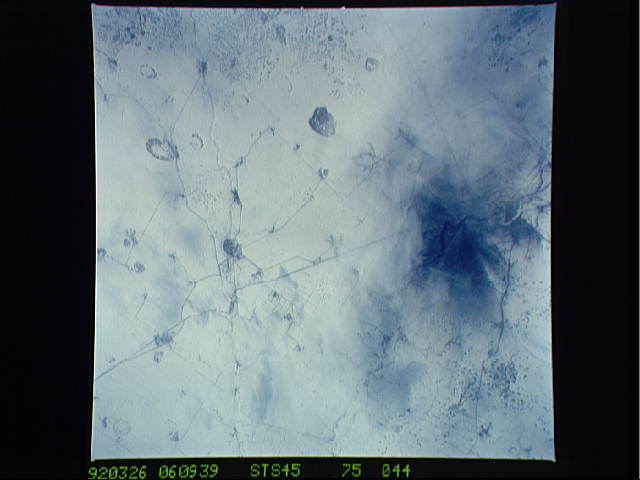 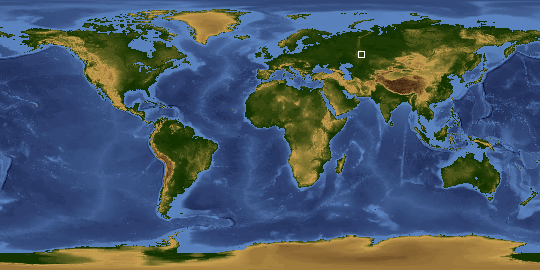 The blackened area is the Russian industrial city of Troitsk, lo-
cated south of Chelyabinsk, on the west side of the Urals. Circu-
lar areas are frozen lakes. This photo was taken in late March,
1992. (STS045-75-044)

STS045-75-044: Pollution Around the Siberian City of Troitsk
Troitsk is the smallest of a troika of industrial cities on the
east side of the Ural Mountains, the others being the better
known Magnitogorsk and Chelyabinsk. Both the latter cities have
made recent headlines as some of the worst polluted cities (air
and water pollution from the steel industry) in the former Soviet
Union. Despite being the smallest of the three, Troitsk, for
reasons unknown, has the largest area of soot-blackened snow (the
big smudge on the left-hand side of the frame). It has been es-
timated that only 1% of the children in Magnitogorsk are healthy.
Respiratory problems related to air pollution account for 65% of
child health complaints. Latest reports suggest that people in
these extremely polluted areas do not consider pollution control
feasible at present, because the economy is in such dire straits.
Troitsk lies near the top of the orbit of the high-latitude STS-
45 mission, at 54! N on the Uy River, which flows due east from
Troitsk and eventually empties into the Arctic Ocean via the Ir-
tysh and Ob Rivers.


This view shows the industrial pollution around the Siberian city of Troitsk (54.0N, 61.0E). Troitsk is the smallest of a group of three heavy industrial cities east of the Urals, the others being Magnitogorsk and Chelyabinsk. All have been cited as being some of the worst industrial polluted cities in the CIS. Despite being the smallest of the three, Troitsk has the largest area of soot blackened snow. Respiratory diseases among the citizens are chronic.