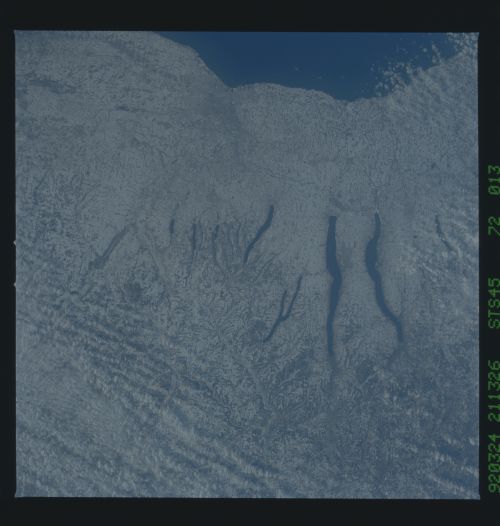 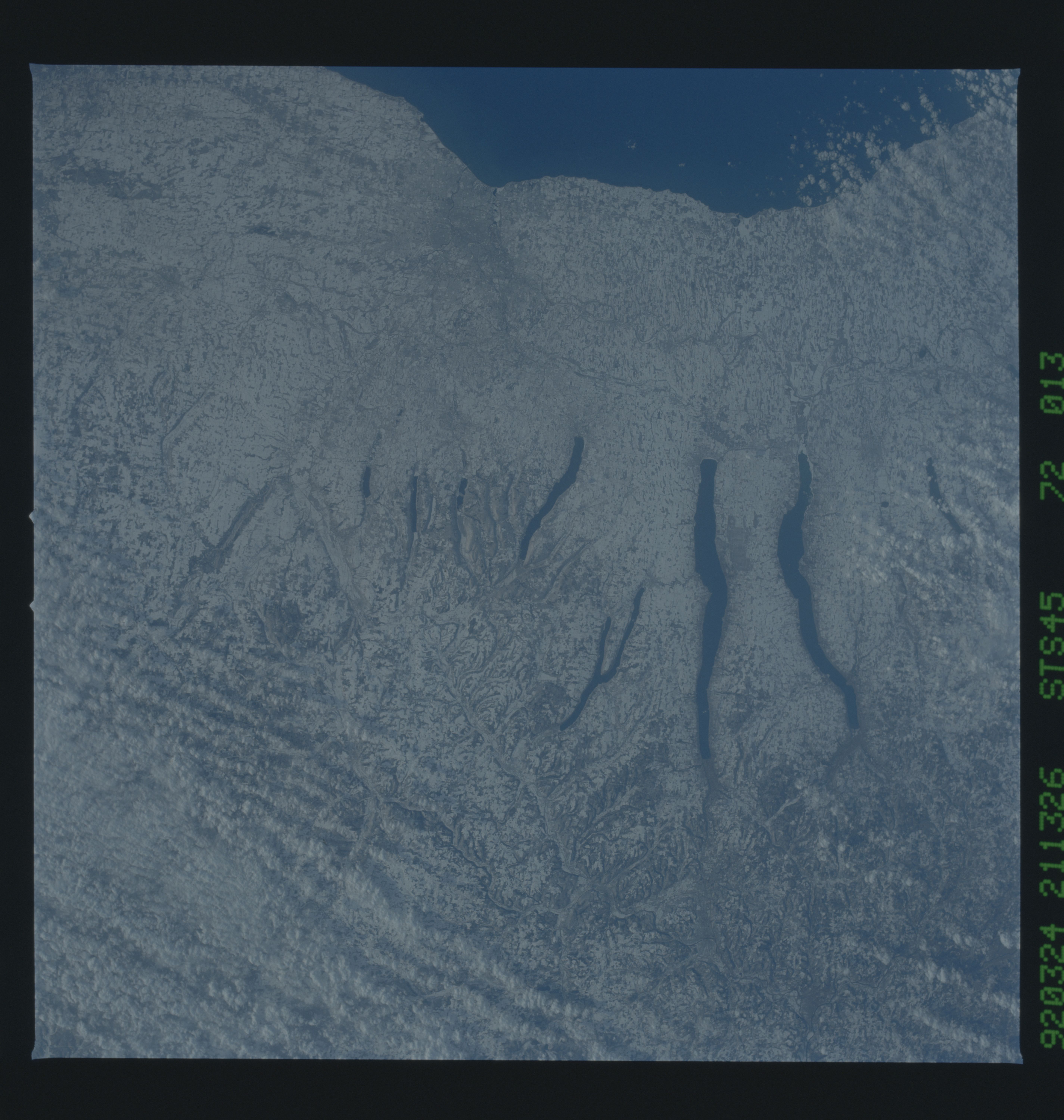 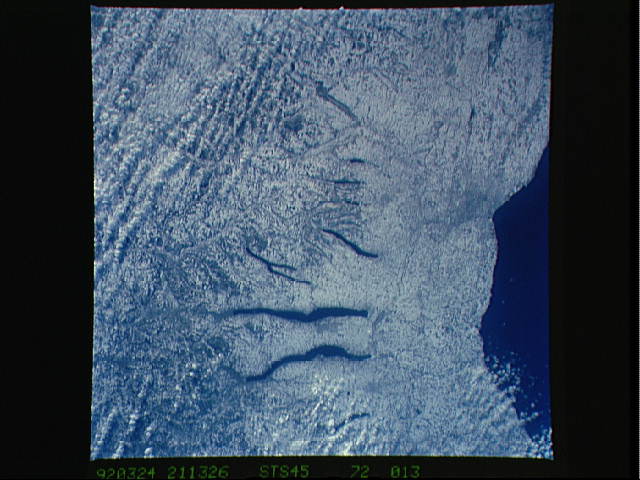 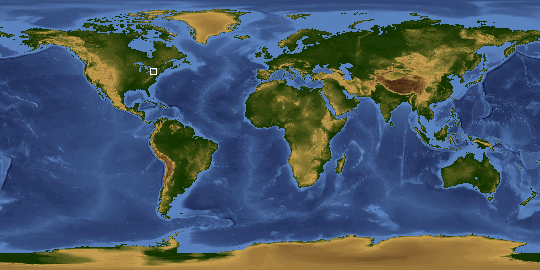 Other options available:
Download Packaged File
Download a Google Earth KML for this Image
View photo footprint information
Download a GeoTIFF for this photo
Image Caption: STS045-72-013: New York Finger Lakes This is a wide-angle view
of the central portion of upstate New York, centering on the
Finger Lakes. The large city on Lake Ontario (upper left) is Ro-
chester. Although Rochester has no heavy industry, the outlines
of the city show fairly well in the snow, but much less so than
do the outlines of industrial cities elsewhere in the world (com-
pare STS045-75-044). The Finger Lakes are large north-south
lakes, which were carved out by glaciers. The largest lakes in
this photograph are (from left to right) Canandaigua, Seneca, and
Cayuga. The Finger Lakes province continues to the west of the
large lakes and to the south, where there are north-south hills
and valleys, which were also carved by the glaciers.

Two prominent linears run east-west across the scene between Lake
Ontario at the top of the photograph and the Finger Lakes. The
southern east-west feature is the New York State Thruway (I-90).
North of the Thruway is a more sinuous east-west feature: the
Erie Canal, the barge canal which connected Lake Erie in the west
with the Mohawk River at Rome, NY, just off the picture to the
east (right).


This view of the central portion of upstate New York, centers on the Finger Lakes. The large city on the shore of Lake Ontario, is Rochester. Although the city, being a business, educational and technical center, has no heavy industry, the outline of the city shows fairly well in the snow, but not as well as the outlines of industrial cities elsewhere in the world. The Finger Lakes are large linear lakes carved out by glaciers during the last ice age.