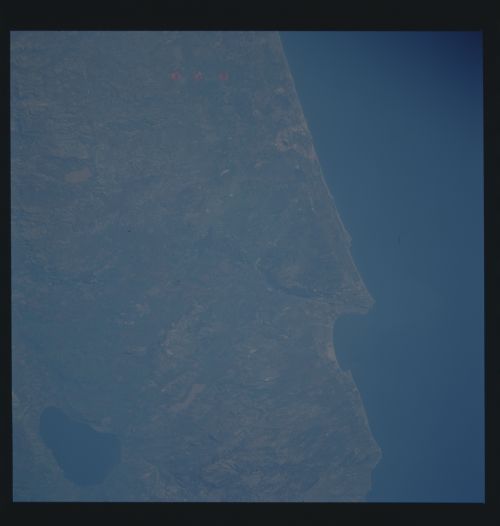 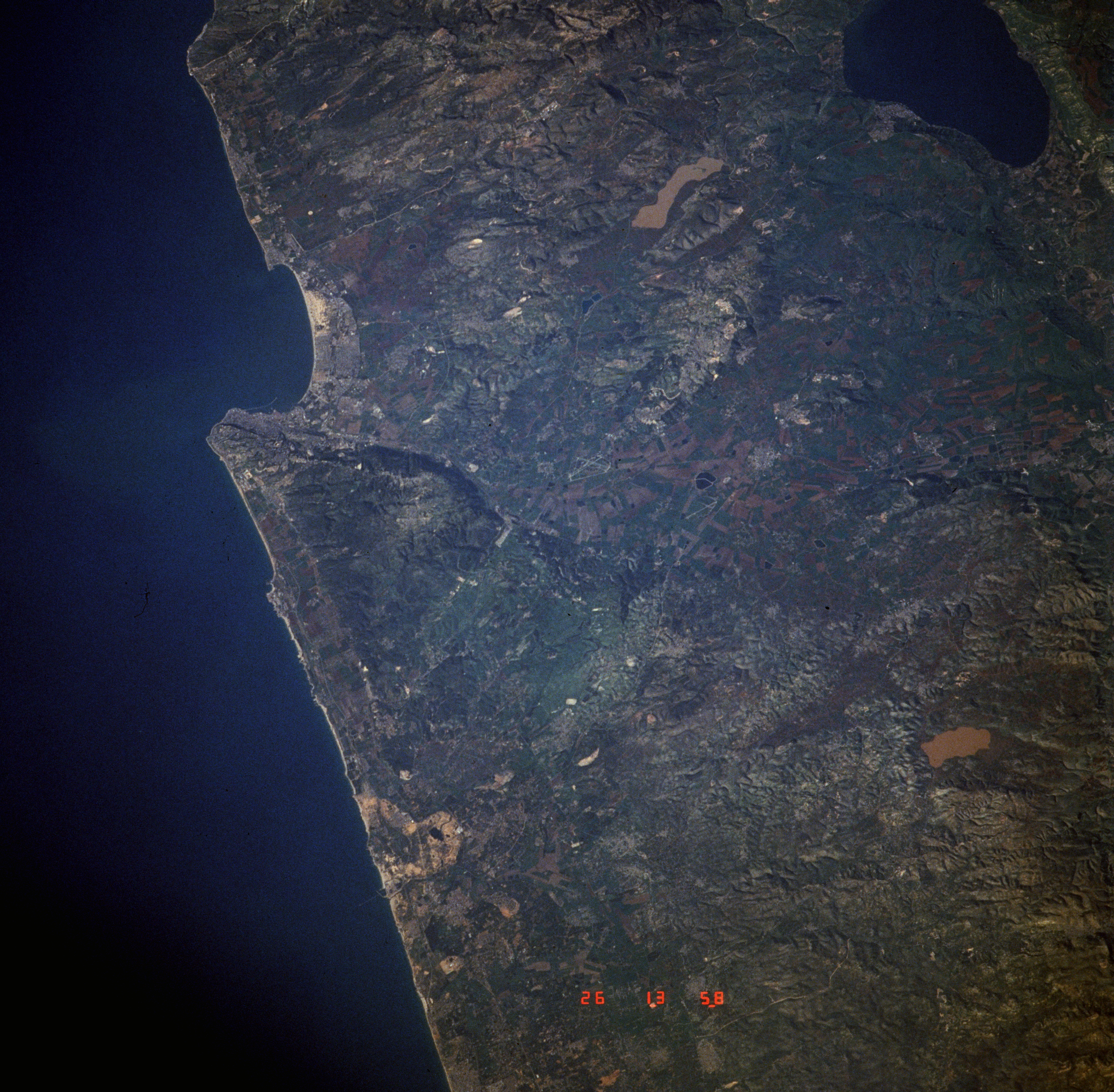 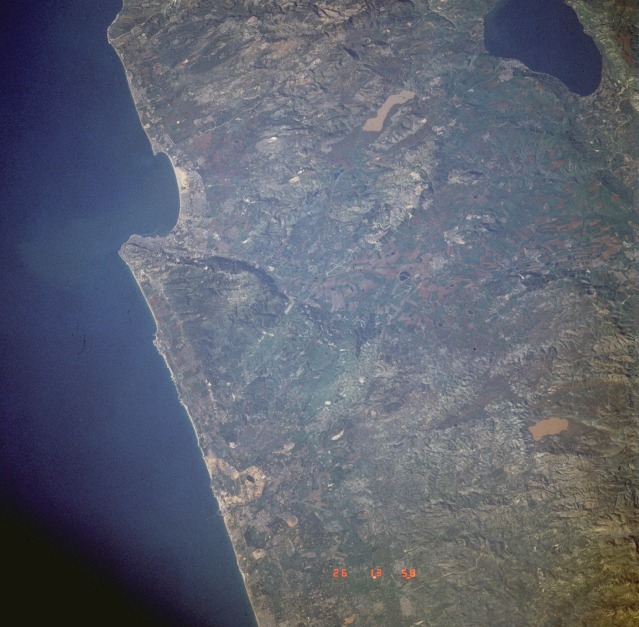 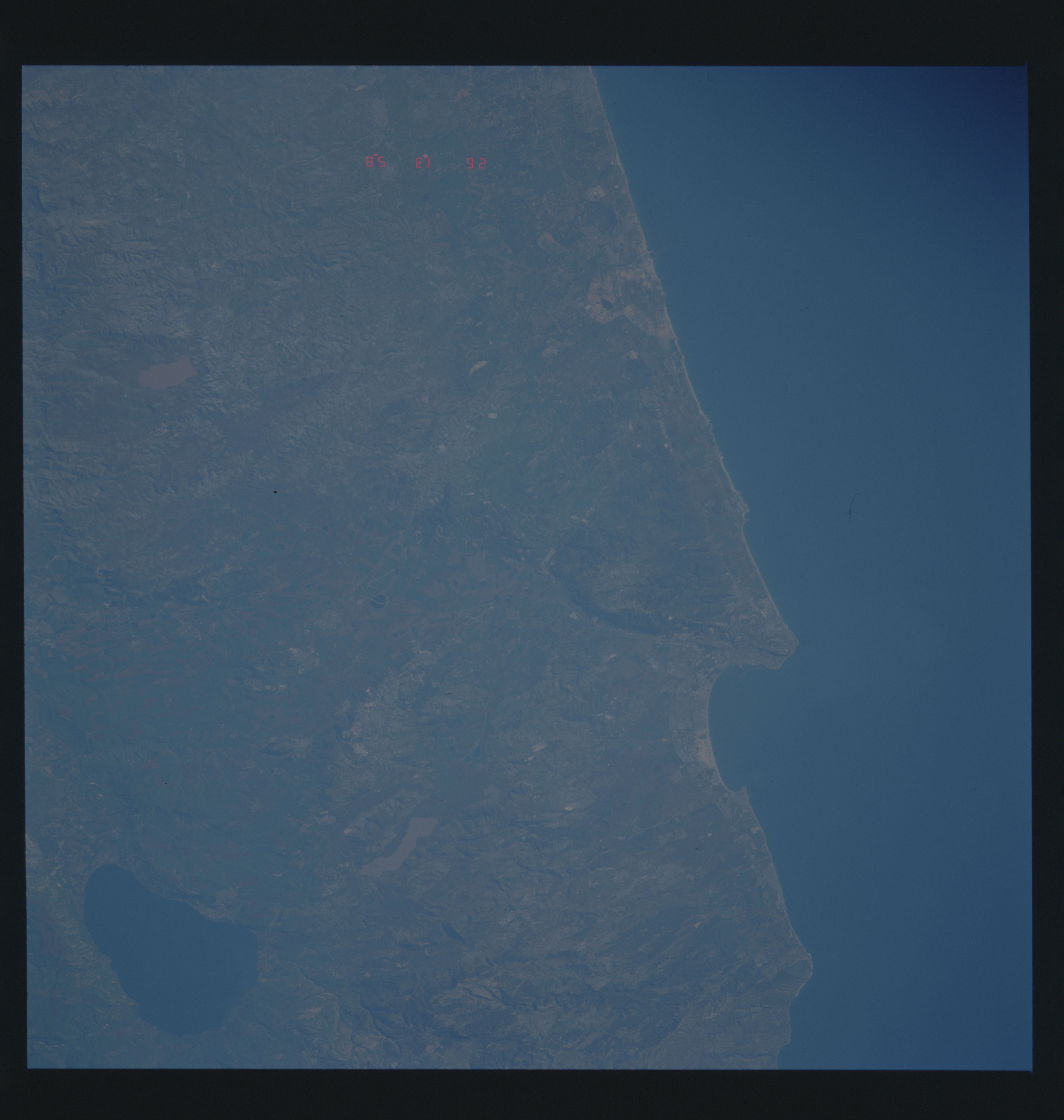 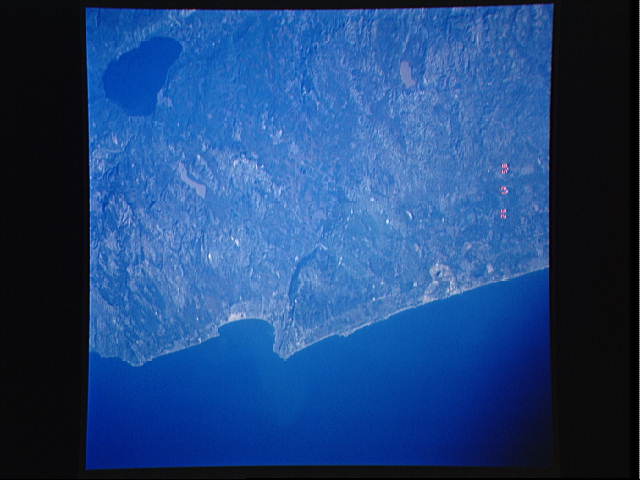 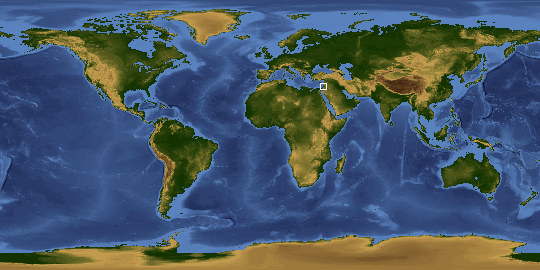 Other options available:
Download Packaged File
Download a Google Earth KML for this Image
View photo footprint information
Download a GeoTIFF for this photo
Image Caption: STS045-601-023 Haifa, Israel March 1992
The seaport of Haifa (population of approximately 290 000) is located at the south end of Haifa Bay in northern Israel. Except for a few airport runways, no infrastructure can be discerned at this scale. A narrow coastal plain abuts this segment of the eastern Mediterranean Sea. The Sea of Galilee (Lake Tiberias), the large body of water approximately 25 miles (40 kilometers) inland from Haifa, is reported to be a freshwater lake, although some publications report saline characteristics. Most water recharge entering the Sea of Galilee comes from melting snow off the mountains at the northern end of the Jordan River. The topography is rugged and hilly with the exception of sizable cultivated plains (green and brown field patterns) west-southwest of the Sea of Galilee.