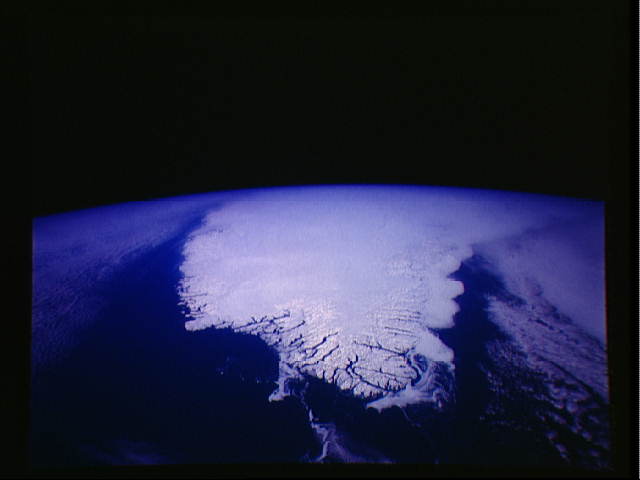 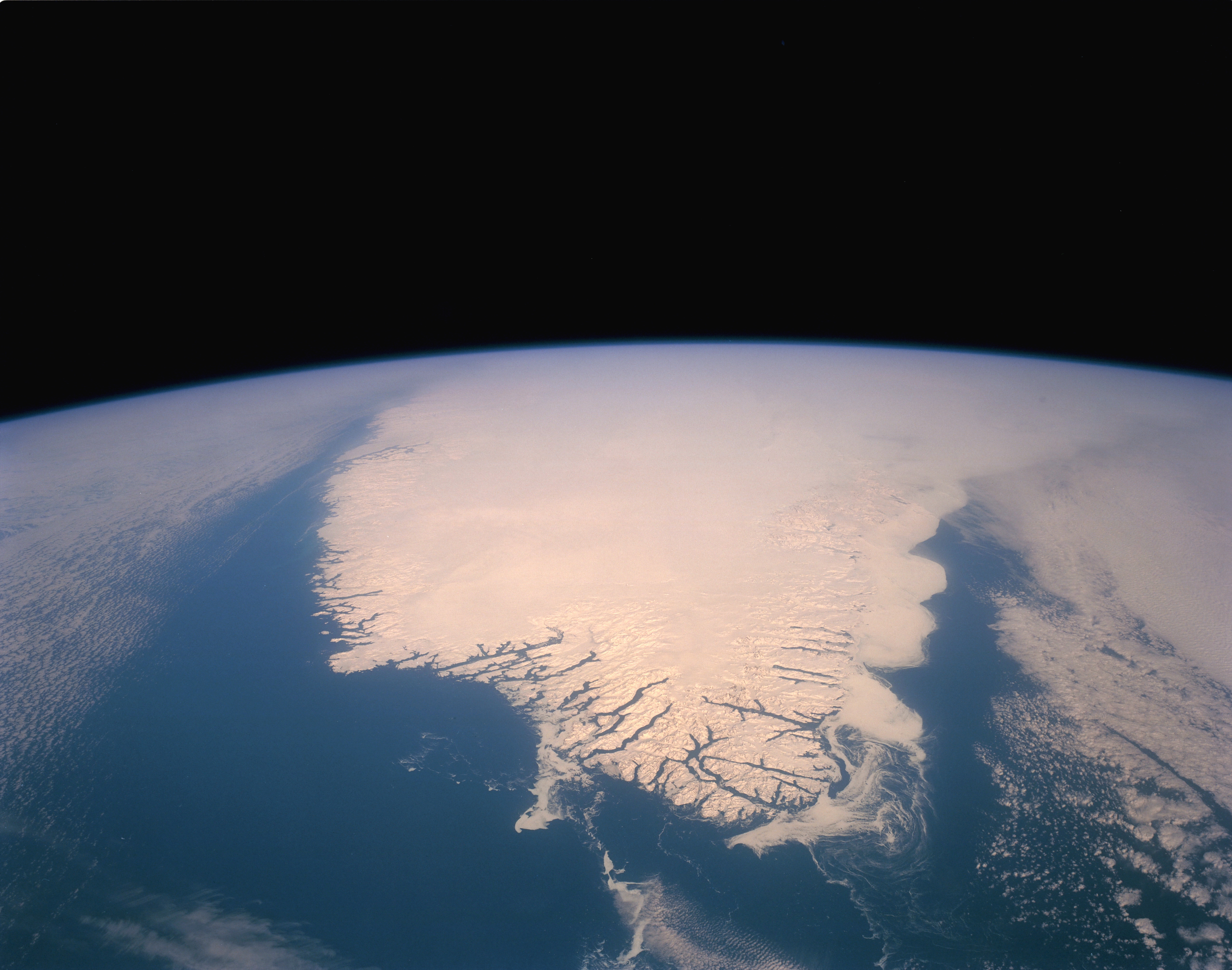 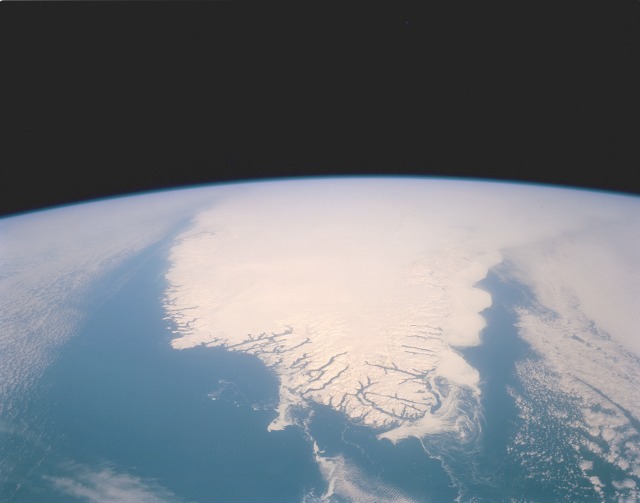 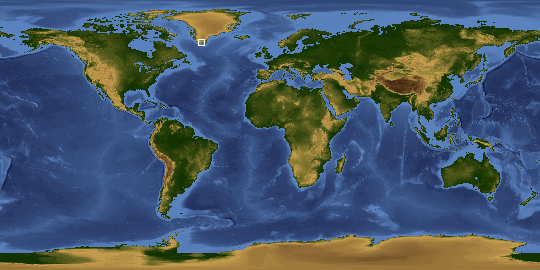 Other options available:
Download Packaged File
Download a Google Earth KML for this Image
View photo footprint information
Download a GeoTIFF for this photo
Image Caption: STS045-152-105 Southern Tip of Greenland March 1992
The southern tip of Greenland is seen in this high-oblique, almost colorless, stark photograph of the world's largest island. The blackness of space contrasts sharply with the whiteness of clouds, ice, and snow. The only true color is the blue of the Atlantic Ocean and the Labrador Sea. Cloud-free conditions existing along the southern coastal area emphasize the deeply indented fjords along the coast. A close look at the white areas reveals three different features--snow and ice on the land; cloud formations over the central region and the eastern and western sides of the island; and wispy-looking ice floes off the southeast and the southwest tip of the fjord-lined coast, which are moved by the East Greenland Current to the south-southwest, and larger ice packs developing north along the east coast. Greenland has the only surviving continental glacier in the Northern Hemisphere. This ice sheet covers seven-eighths of Greenland's surface and contains an estimated 11 percent of the world's fresh water. In addition, the ice in the center of Greenland is 10,000 feet thick. Godthab, the main town on Greenland, lies at 64 N.

This spectacular north looking view of south Greenland (62.0N, 46.0W) shows numerous indentations along the coastline, many of which contain small settlements. These indentations are fiords carved by glaciers of the last ice age. Even today, ice in the center of Greenland is as much as 10,000 ft. thick and great rivers of ice continuously flow toward the sea, where they melt or break off as icebergs - some of which may be seen floating offshore.