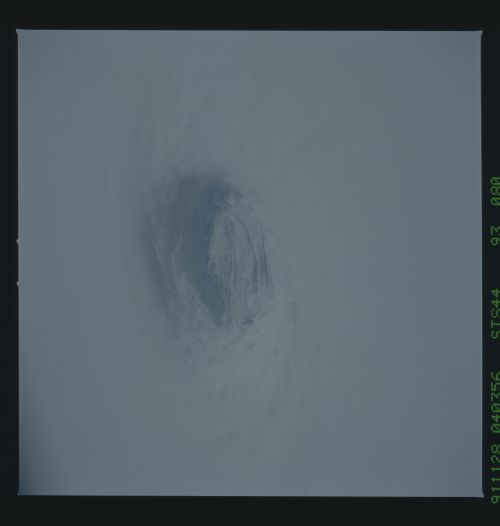 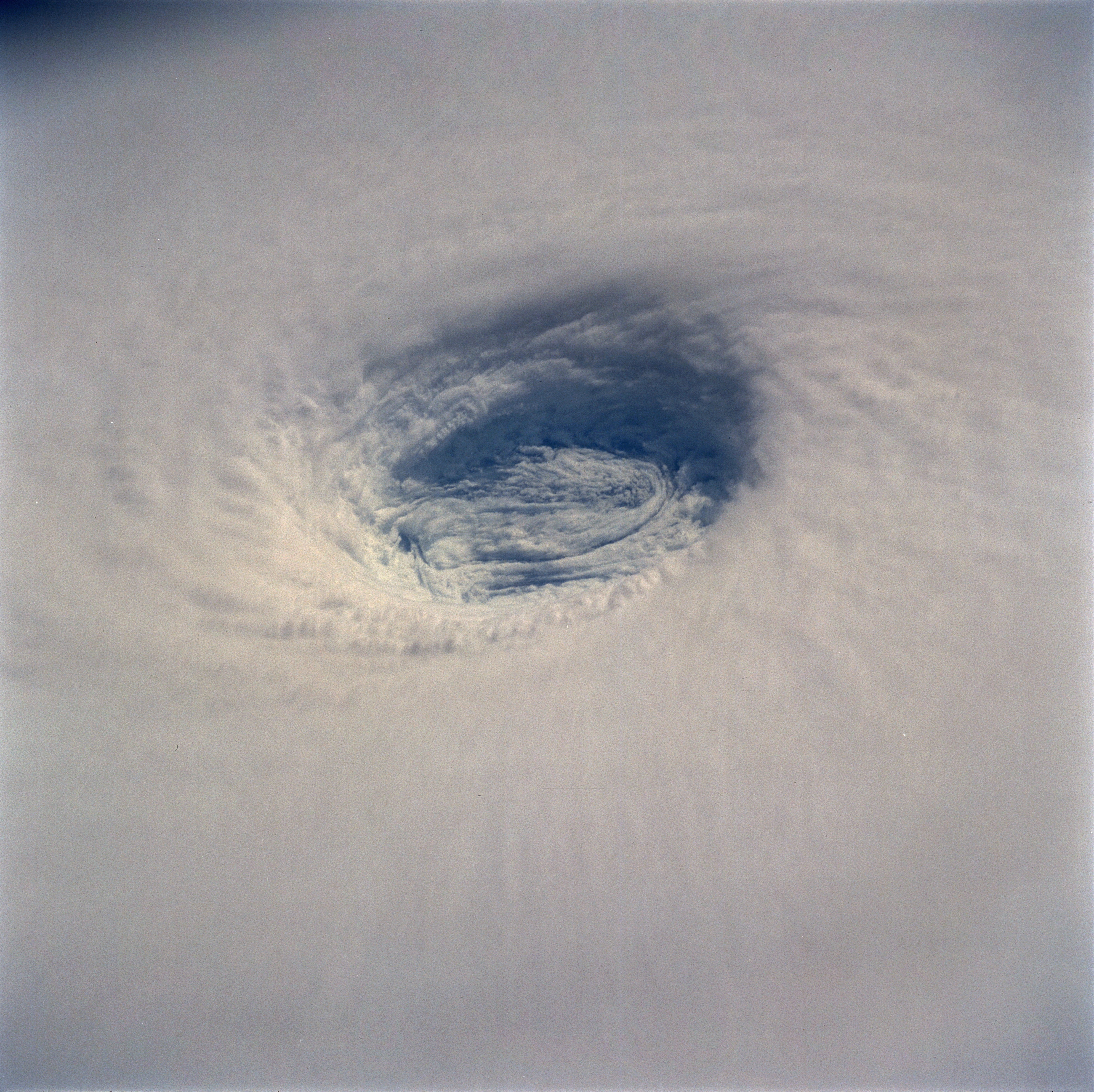 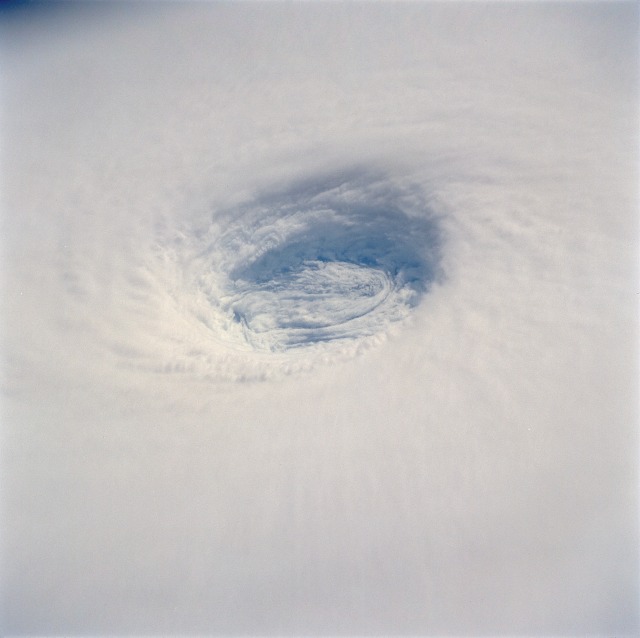 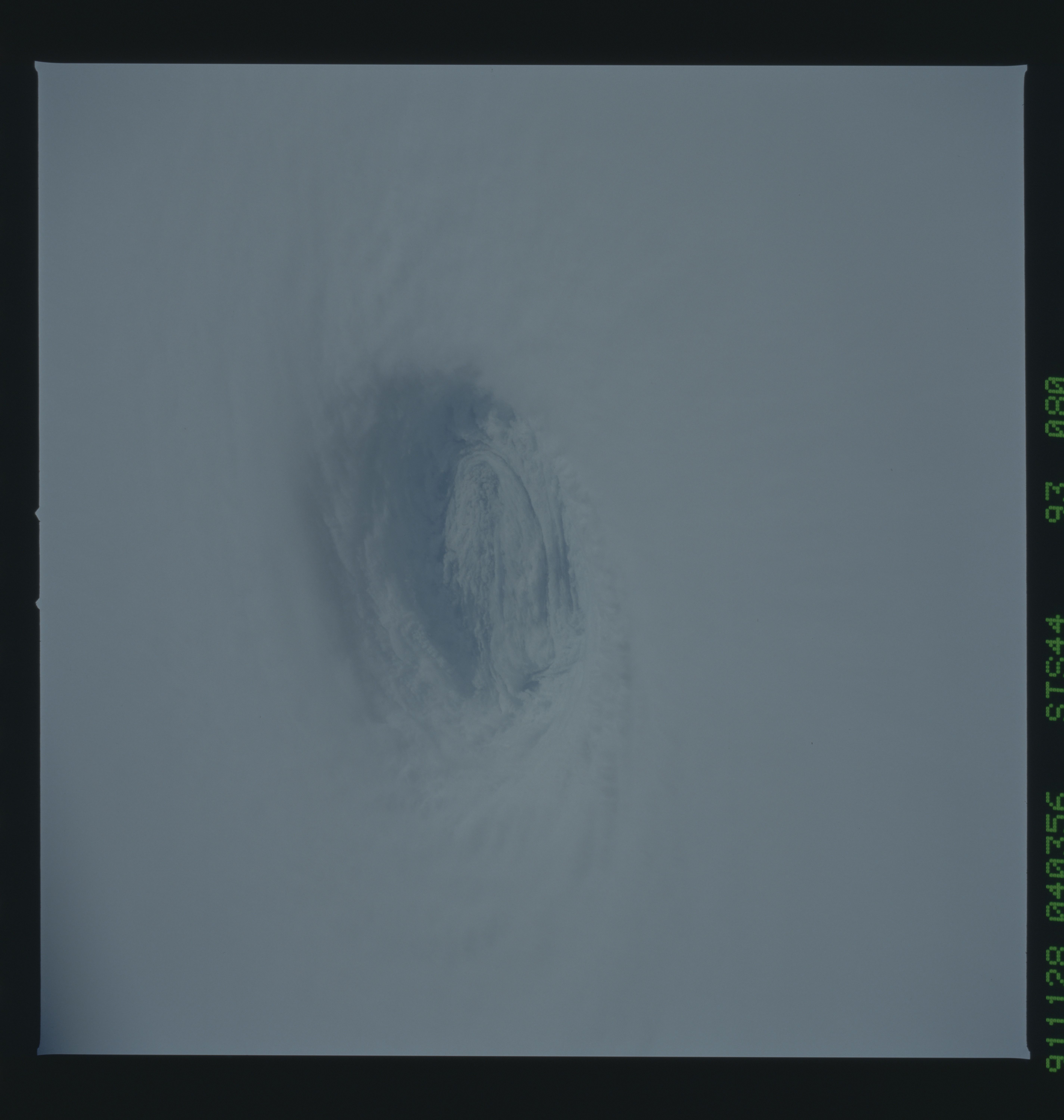 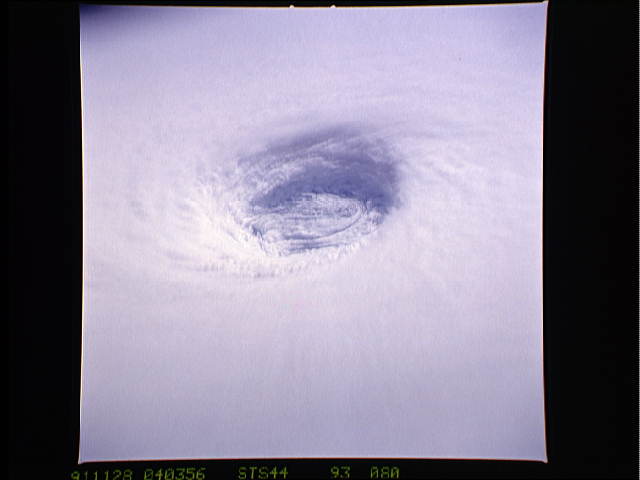 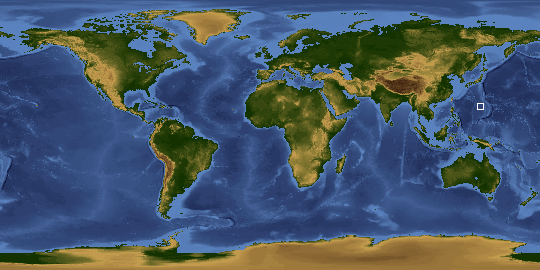 Other options available:
Download Packaged File
Download a Google Earth KML for this Image
View photo footprint information
Image Caption: STS044-093-080 Typhoon Yuri, Pacific Ocean November 1991
This spectacular, low-oblique photograph shows the bowl-shaped eye (center of photograph) of Typhoon Yuri in the western Pacific Ocean just west of the Northern Mariana Islands. The eye wall descends almost to the sea surface, a distance of nearly 45 000 feet (13 800 meters). In this case the eye is filled with clouds, but in many cases the sea surface can be seen through the eye. Yuri grew to super typhoon status, packing maximum sustained winds estimated at 165 miles (270 kilometers) per hour, with gusts reaching an estimated 200 miles (320 kilometers) per hour. The storm moved west toward the Philippine Islands before turning northeast into the north Pacific Ocean, thus avoiding any major landmass.

This detailed view of the eye of Supertyphoon Yuri (19.0N, 140.0E) shows the bowl shaped structure of the eye wall. The eye cylinder descends almost to the ocean surface, some 45,000 to 50,000 ft. In this case, the eye is filled with clouds but in most cases, the cylinder is at least partially clear so that the sea surface is visible. The storm at this time was at it's most intense with maximum sustained winds of 165 mph and gusting to 200 mph.