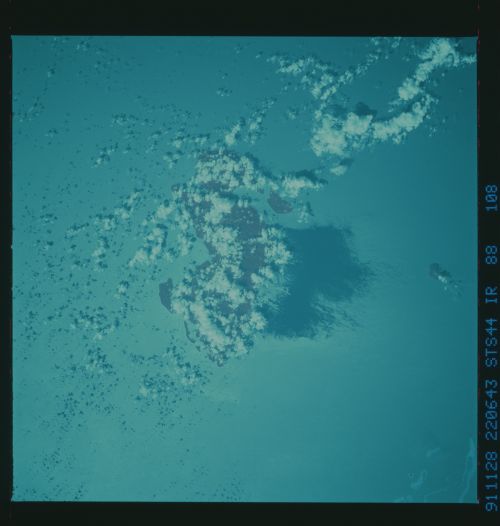 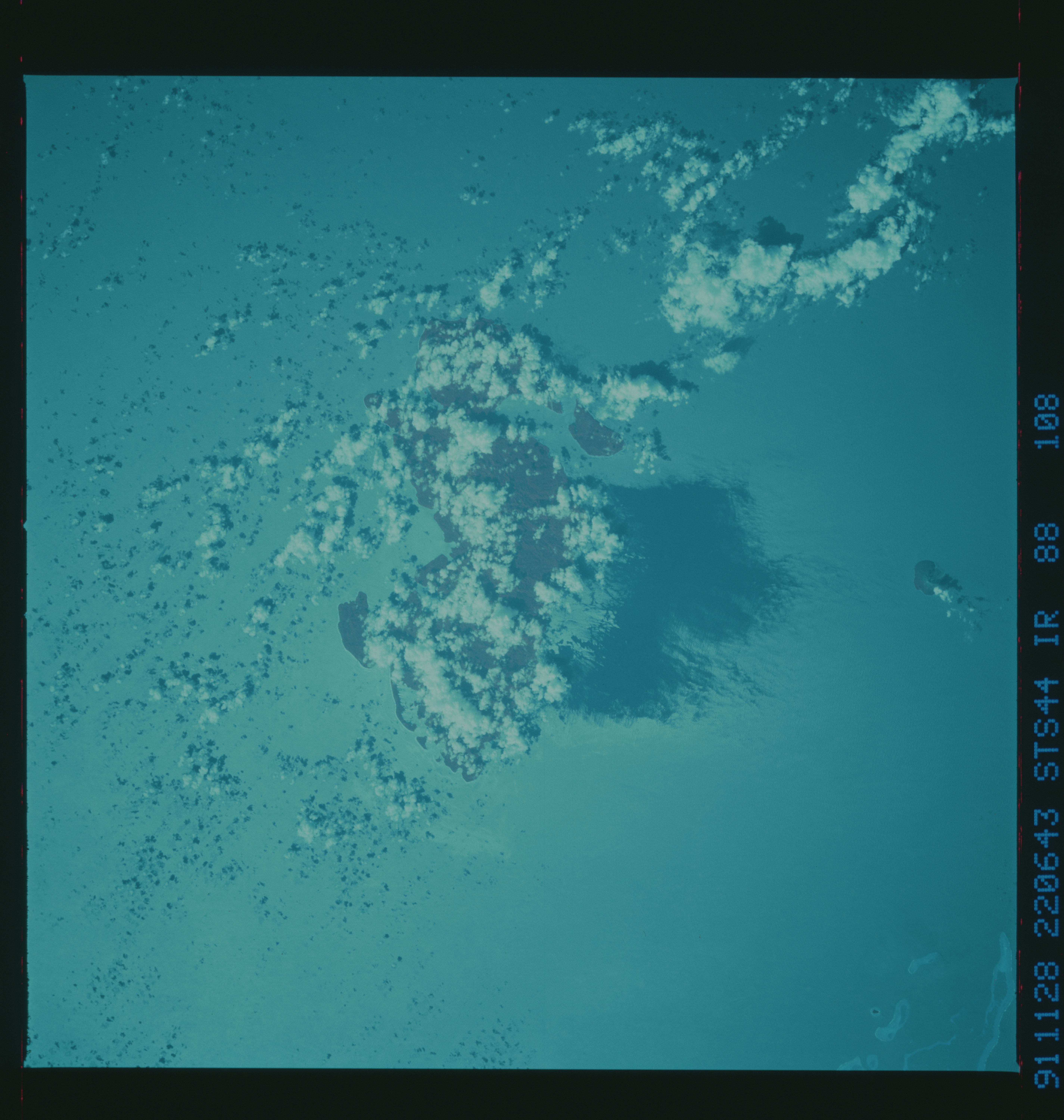 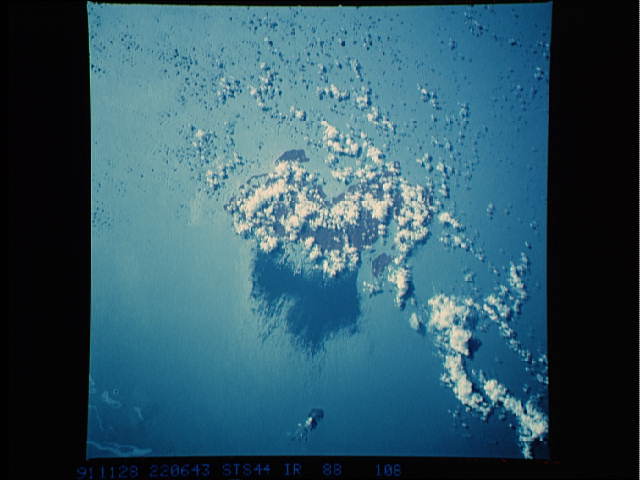 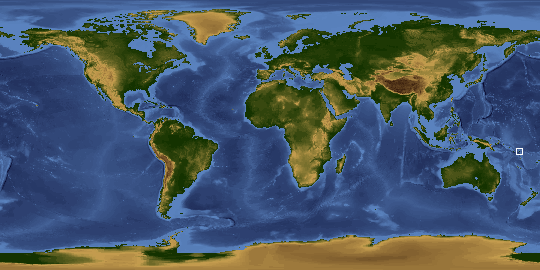 Other options available:
Download Packaged File
Download a Google Earth KML for this Image
View photo footprint information
Image Caption: STS044-88-108 (CIR): SMOKING VOLCANO, SOLOMON ISLANDS
This small island (Tinakula) boasts a small plume from the summit of its volcano. The plume appears to be only steam, but it might have included ash, because the summit area shows a different vegetation pattern than do the slopes. Just north of Tinakula is Ndeni Island. Both are located in the southernmost group of the Solomon Islands.