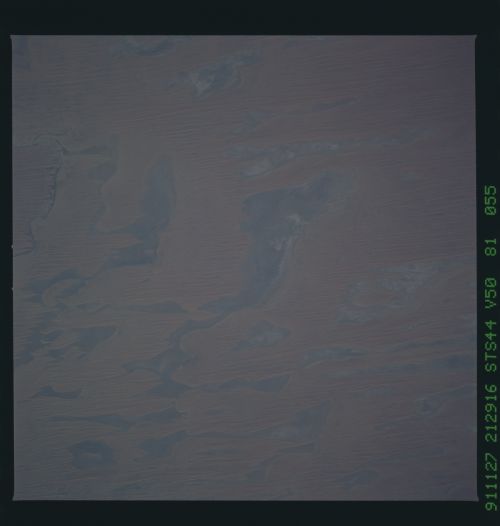 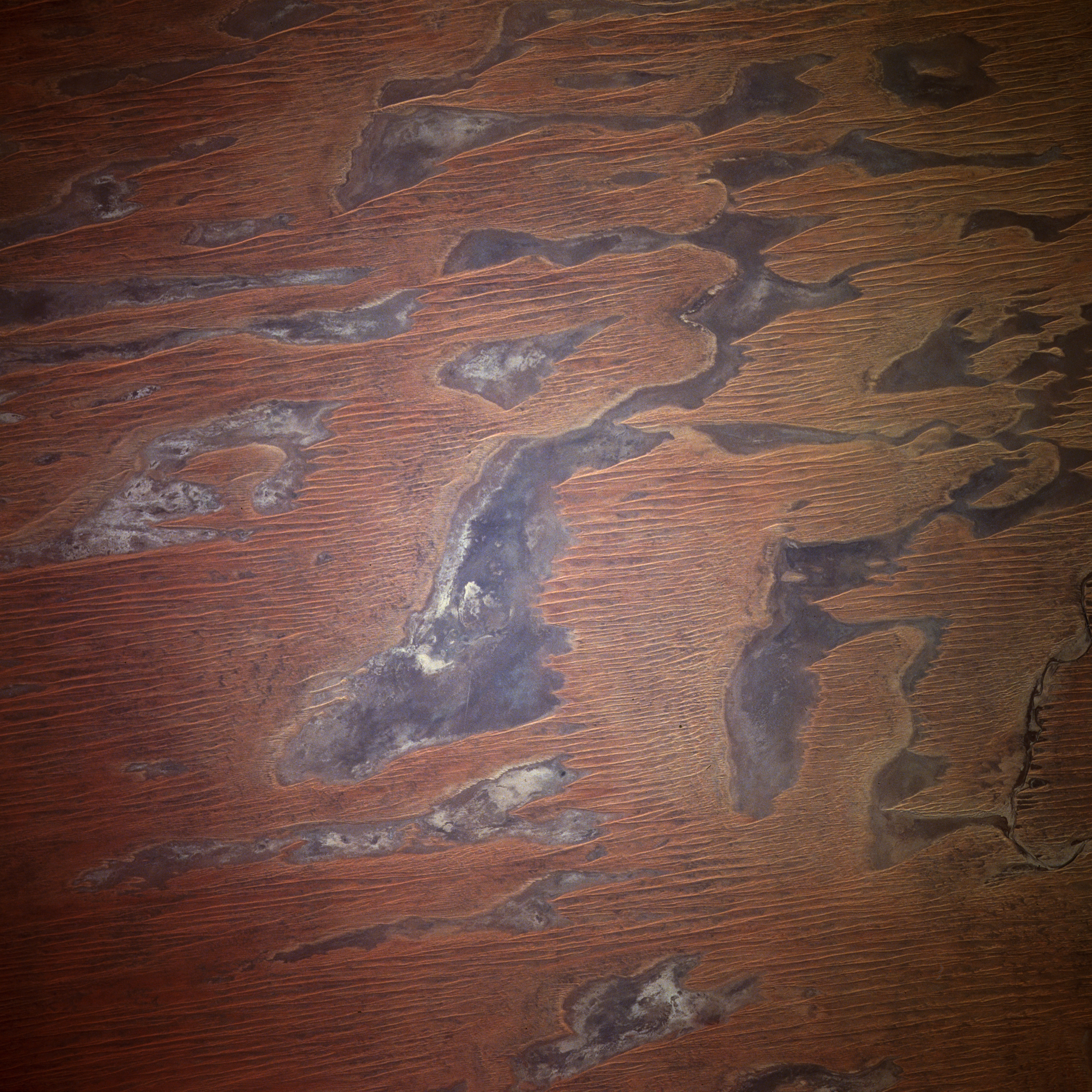 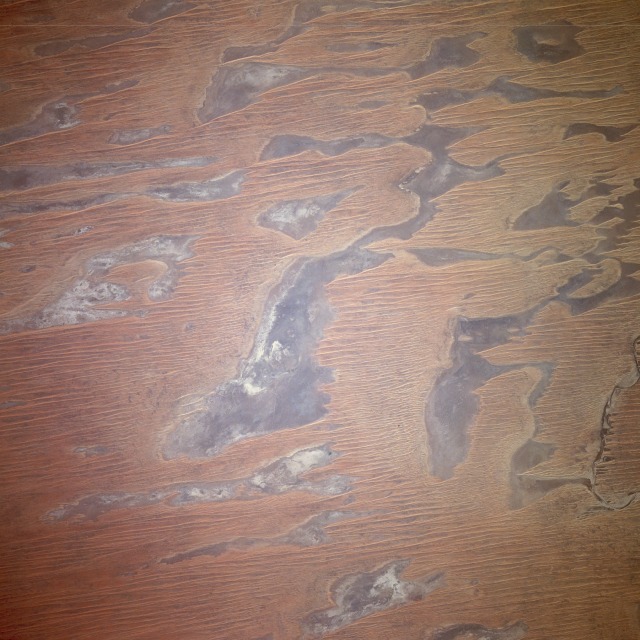 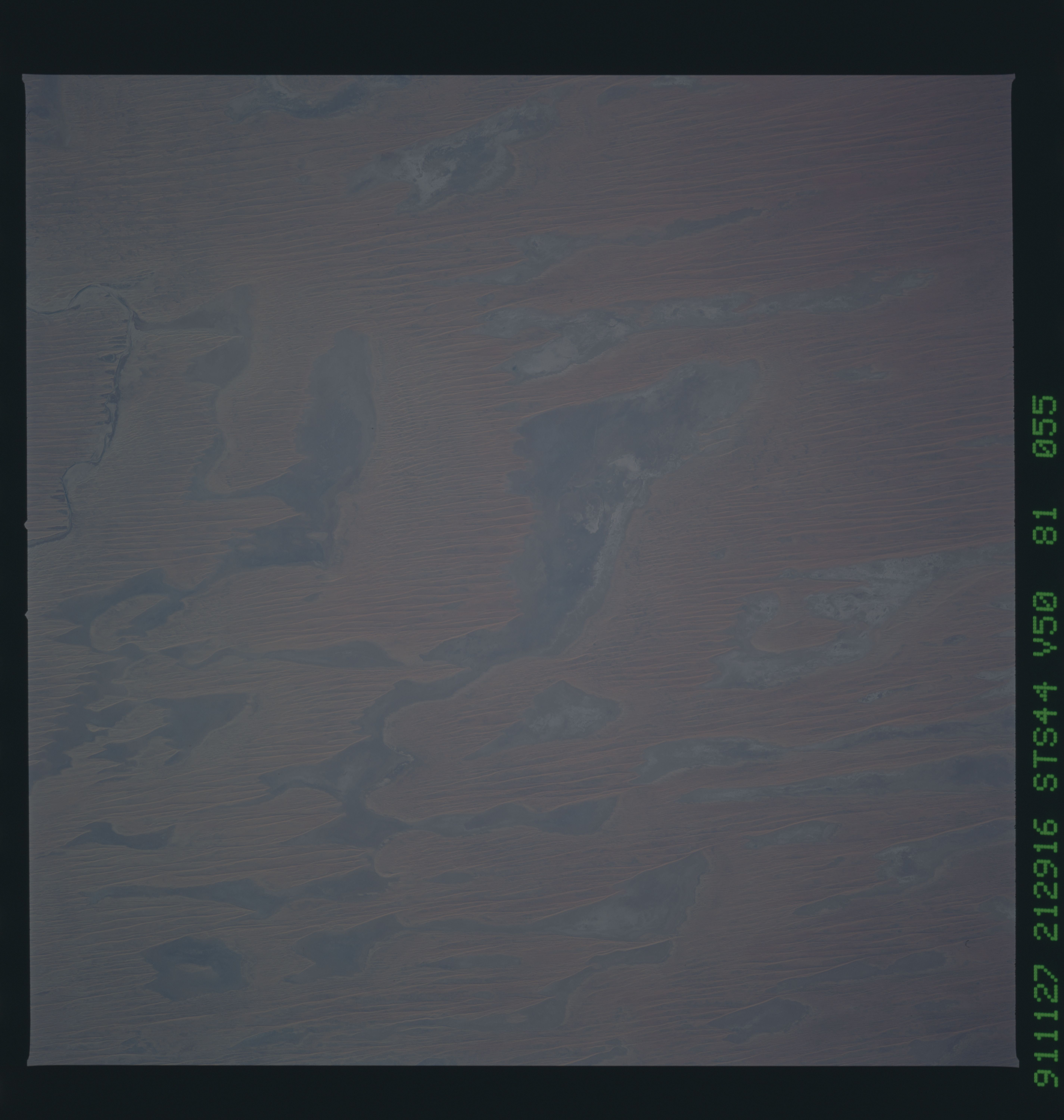 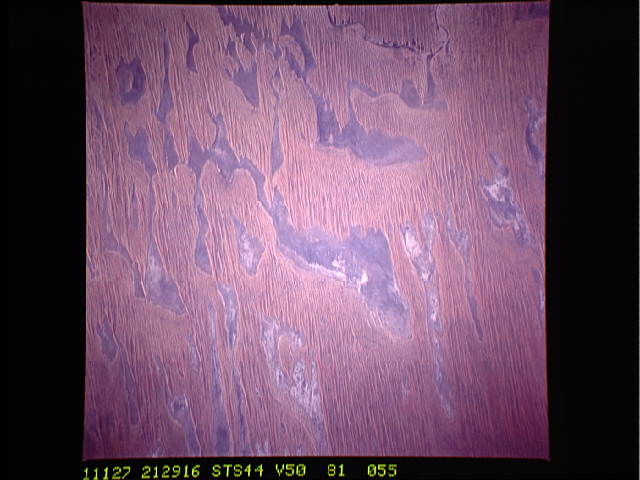 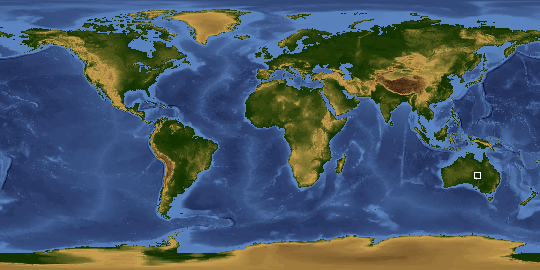 Other options available:
Download Packaged File
Download a Google Earth KML for this Image
View photo footprint information
Image Caption: STS044-081-055 Ephemeral Salt Lakes, Simpson Desert, South Australia November 1991
This low-oblique, east-looking photograph captures the salt lakes of the Ephemeral Salt Lakes region of the Simpson Desert. The Simpson Desert is located near the center of Australia in the vast, sparsely populated heartland known as the great outback, the bleak and harsh desert that was shunned even by the hardy aborigines. The salt lake region lies north of Lake Eyre (not visible in the photograph). The most impressive distinguishing feature of the Simpson Desert, as seen in this photograph, is the seemingly endless succession of long, parallel sand ridges, which rise to heights of more than 100 feet (30 meters) and are separated by troughs that average about 1000 feet (300 meters) in width. Rainfall in this part of the Simpson Desert, which amounts to only 6 to 8 inches (15 to 20 centimeters) annually, is sparse and erratically distributed. When the infrequent rains do fall, the lake basins and troughs can hold water for only short periods of time before drying in the intense, hot sunlight. As the basins dry, more salt deposits are laid down on the lake and trough floors. South of the salt lakes near the south center of the photograph, a portion of the intermittently flowing Kallakoopah River is seen.

This image of abstract shapes is comprised numerous subparallel, very long, orange colored linear dunes and patchy grey dry lakes (playas). The dunes are aligned north to south in the great central basin of Astralia (27.0S, 138.0E). The regularity of the dunes is created by the winds blowing from the south. As the dunes advance, jaged edges on the south side of each dry lake are formed while the north side is eroded smooth by the wind and water.