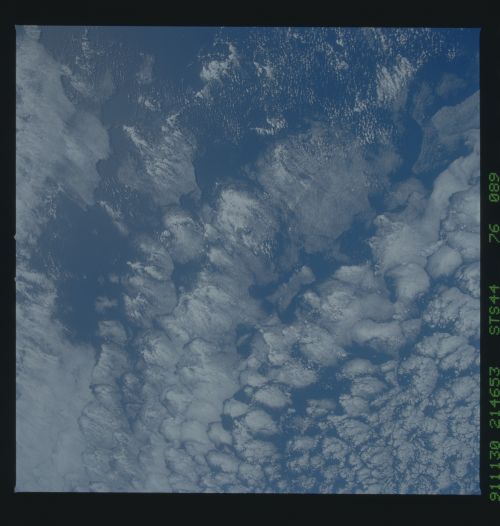 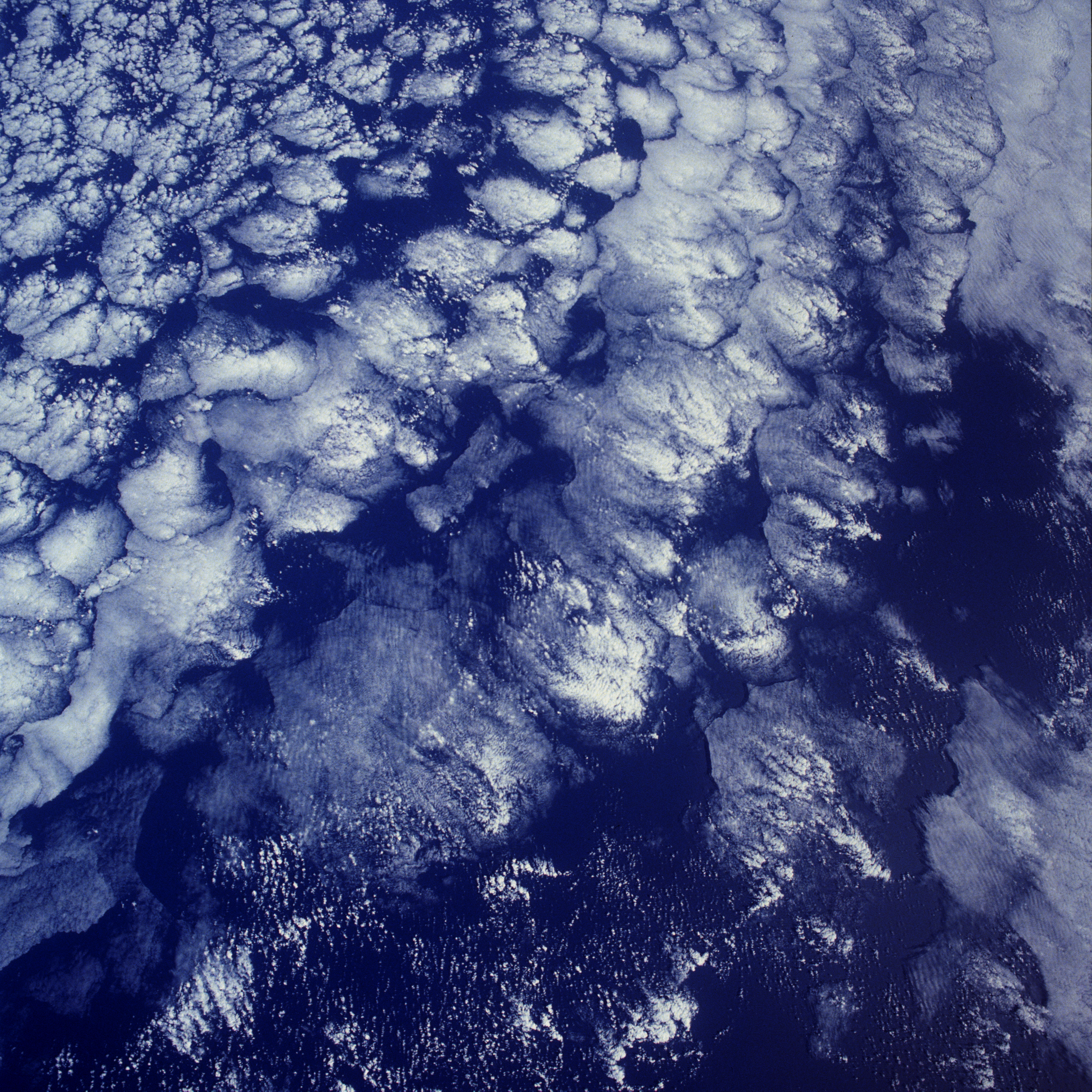 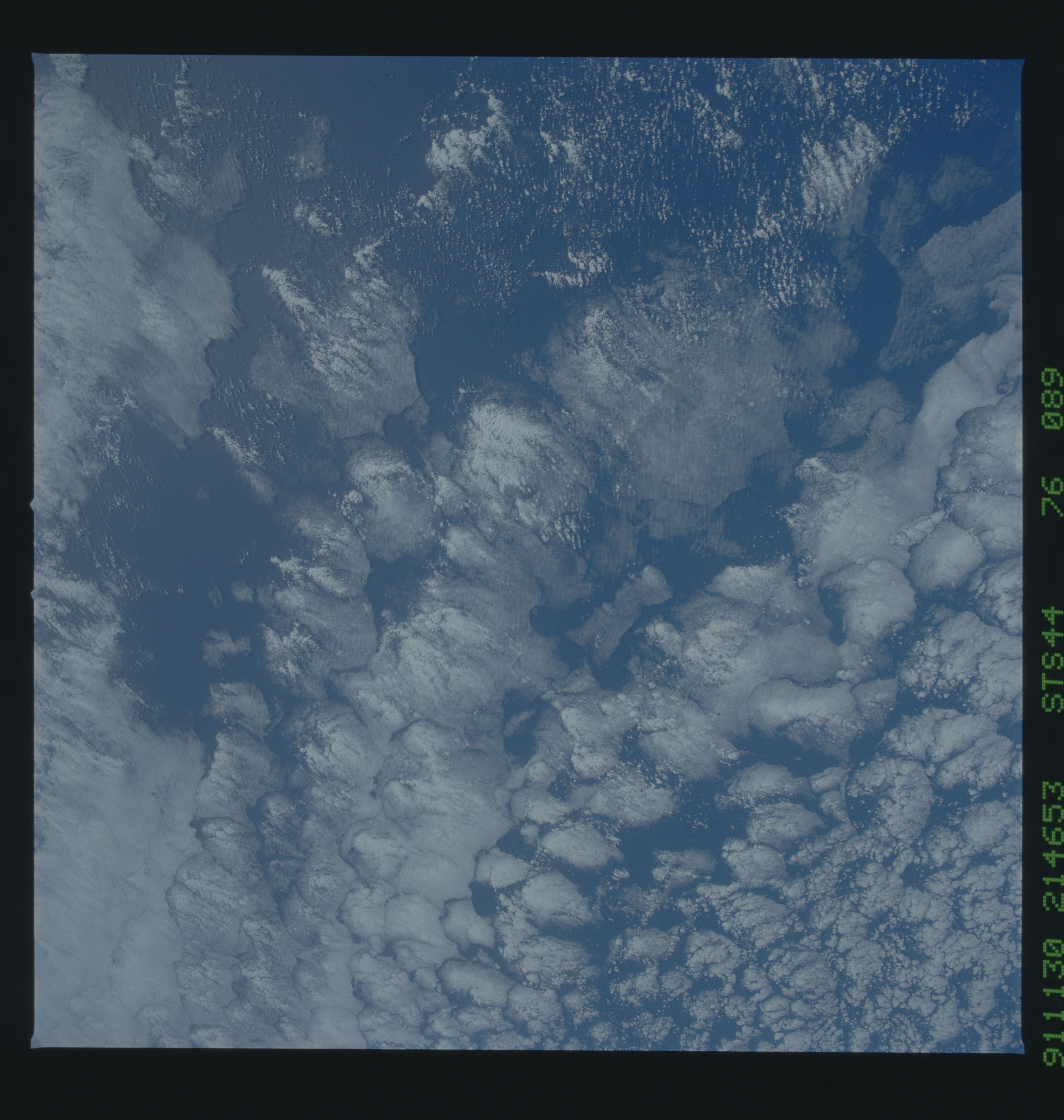 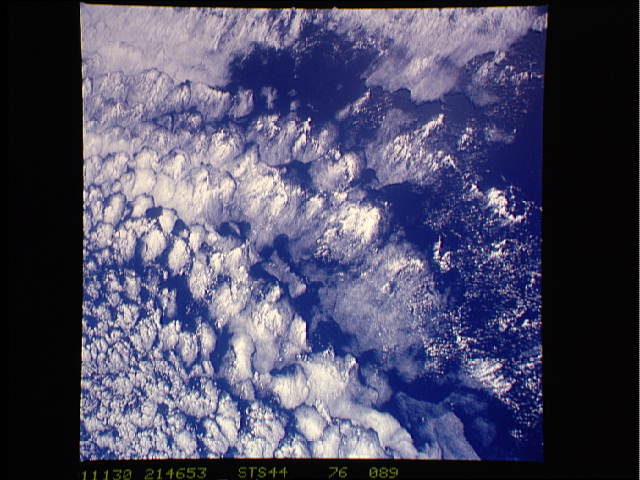 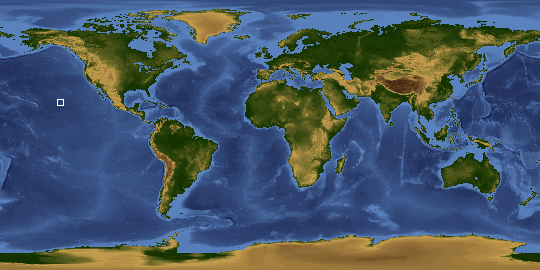 Other options available:
Download Packaged File
Download a Google Earth KML for this Image
View photo footprint information
Image Caption: STS044-076-089 Stratocumulus Clouds, Pacific Ocean November, 1991
Stratocumulus clouds have formed over the Pacific Ocean between the Hawaiian Islands and Baja, Mexico. Stratocumulus are patchy or layered clouds that are sometimes composed of globular masses or rolls. They appear soft and gray with some dark patches. Rolls are often so close that their edges are joined together forming a wavy appearance over the whole sky. Stratocumulus clouds usually consist of water droplets, but sometimes may consist of ice crystals if temperatures are well below freezing. In this view the stratocumulus clouds are associated with the northeast trade winds and the western edges of the cool waters of the California current.