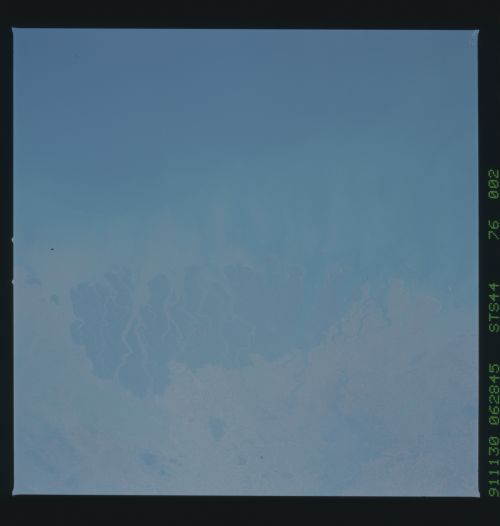 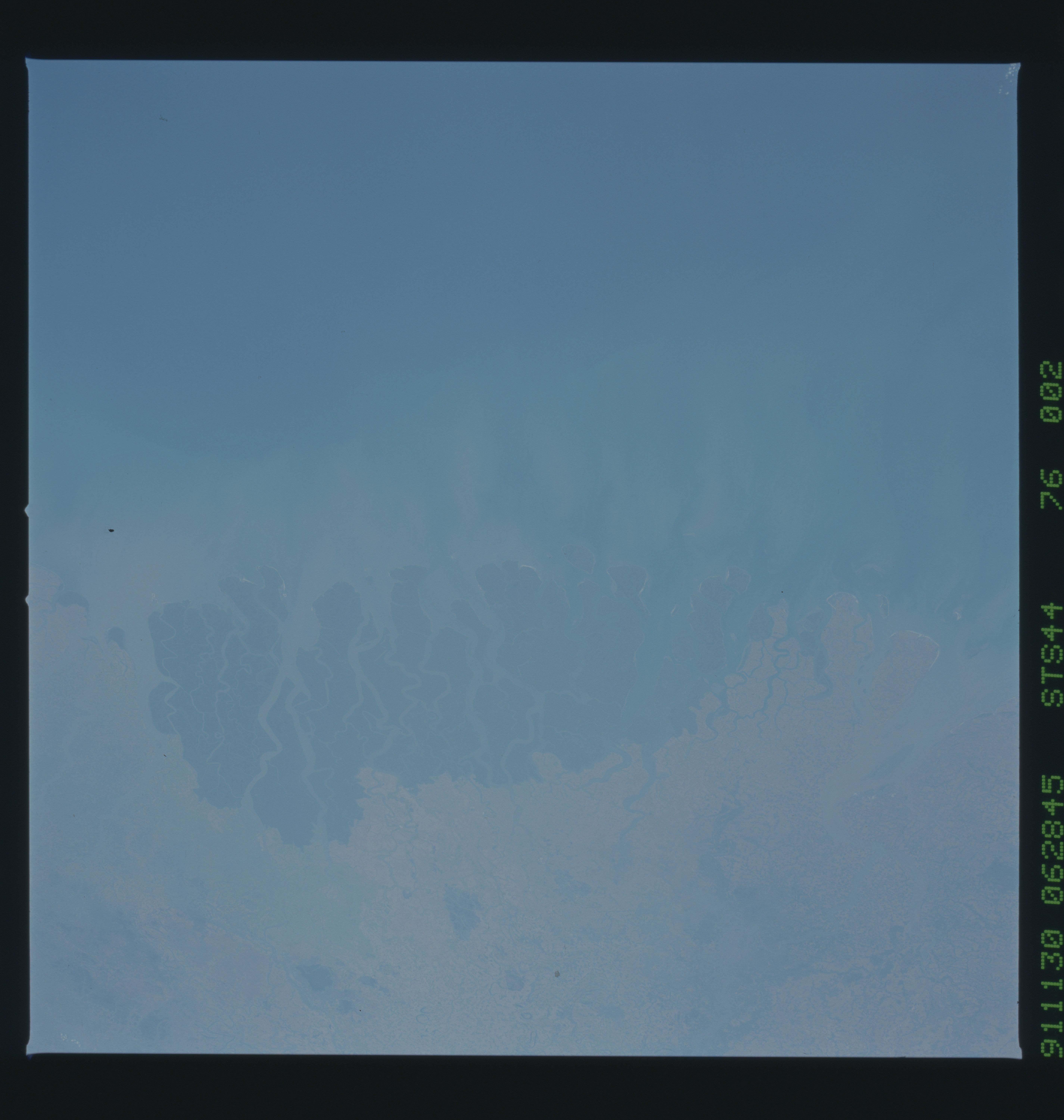 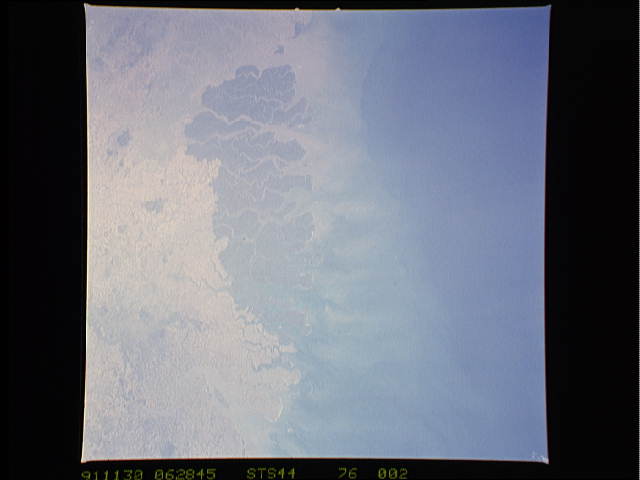 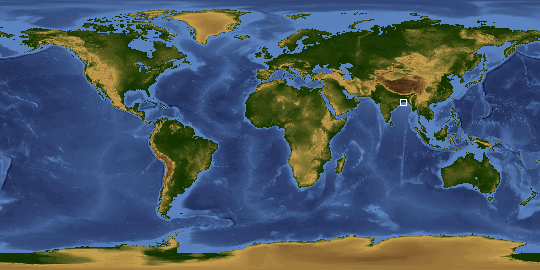 Other options available:
Download Packaged File
Download a Google Earth KML for this Image
View photo footprint information
Download a GeoTIFF for this photo
Image Caption: STS044-83-108 (CIR), STS044-76-2 (CVIS): GANGES RIVER DELTA
These two remarkable synoptic views of the Ganges River Delta of India and Bangladesh show intensive land use, encroachment on the mangrove swamp, and a shrinking habitat for wildlife. This, the largest delta in the world, is an intertidal delta with extensive mangrove mud flats and sand dunes. Geologists study modern river deltas as models of ancient deltas in which oil and gas were created and trapped.

The mangrove swamp vegetation, characteristic of many tropical and subtropical coasts, is the primary producer in the ecological system of this delta. This uniquely adapted, salt-tolerant vegetation cushions the shoreline from wind and wave action. The physical structure of the mangroves provides a habitat and food for aquatic and terrestrial plant and animal life. Notably, this delta is the only major habitat for the Asian tiger populations.

Population pressures have forced a change in government policy and the area has been opened up to development. The increasing demand for lumber and firewood has outstripped the natural regrowth of the mangroves. In addition, as the need for more arable land has grown, the mangroves are being removed. Dikes are built and the land cleared and drained, principally for rice cultivation. As more and more people enter the area, there are growing reports of people (as many as 10 per month) being attacked by tigers.

Space Shuttle photography over time permits monitoring of environmental changes in the delta due to population pressures on the vital mangrove forests. It also allows the mapping of landuse changes due to shifting distributaries and delta growth.