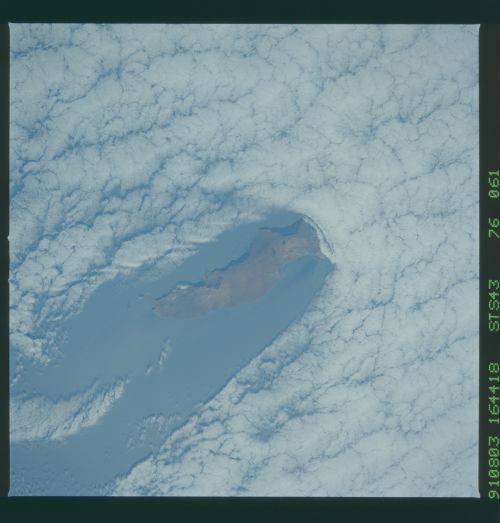 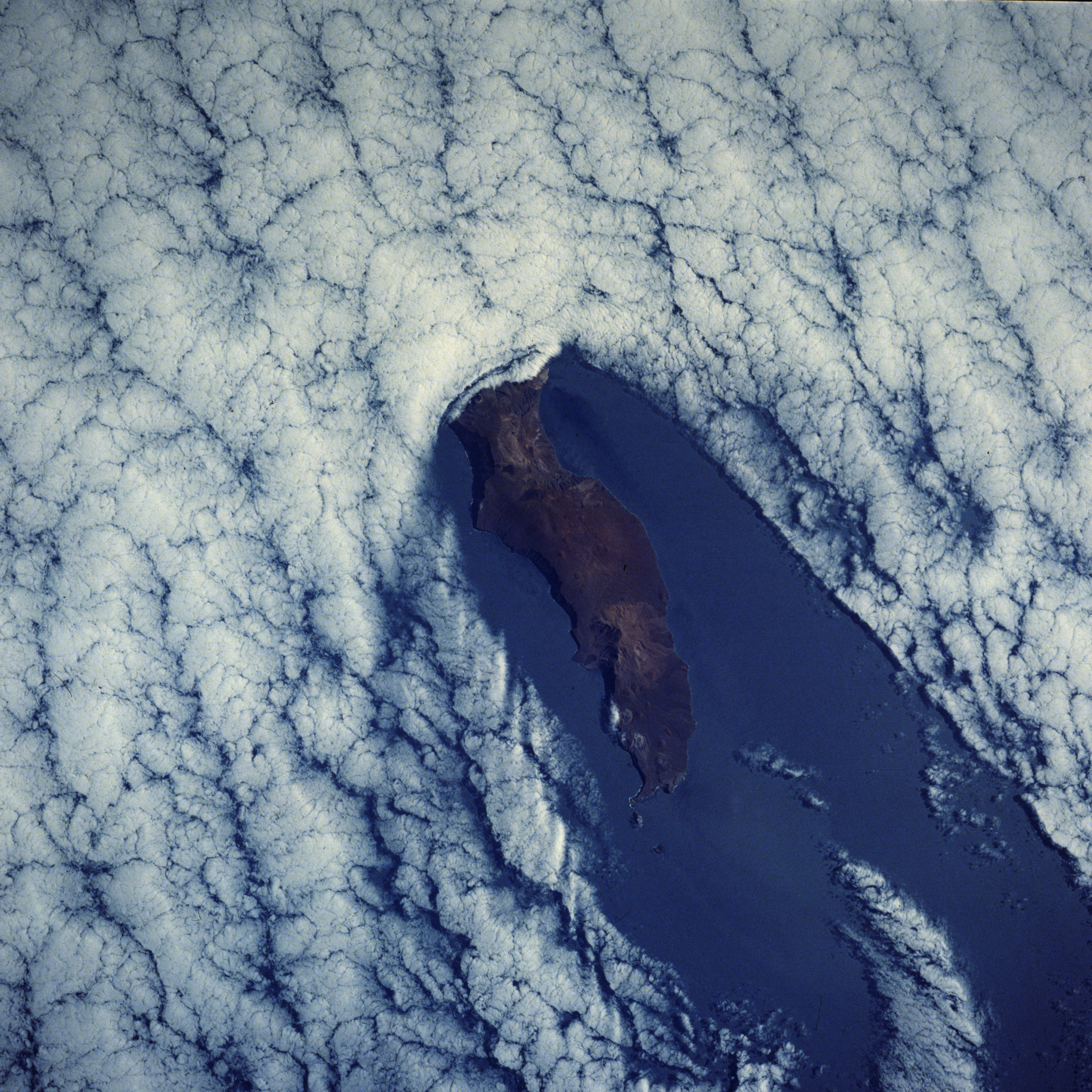 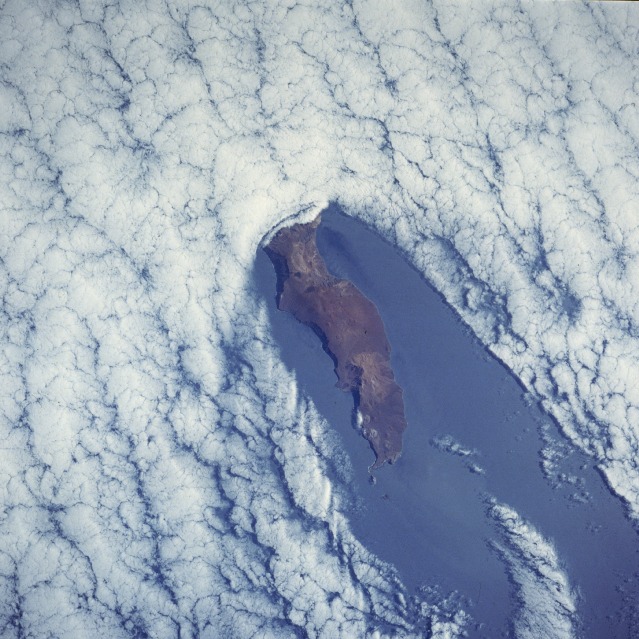 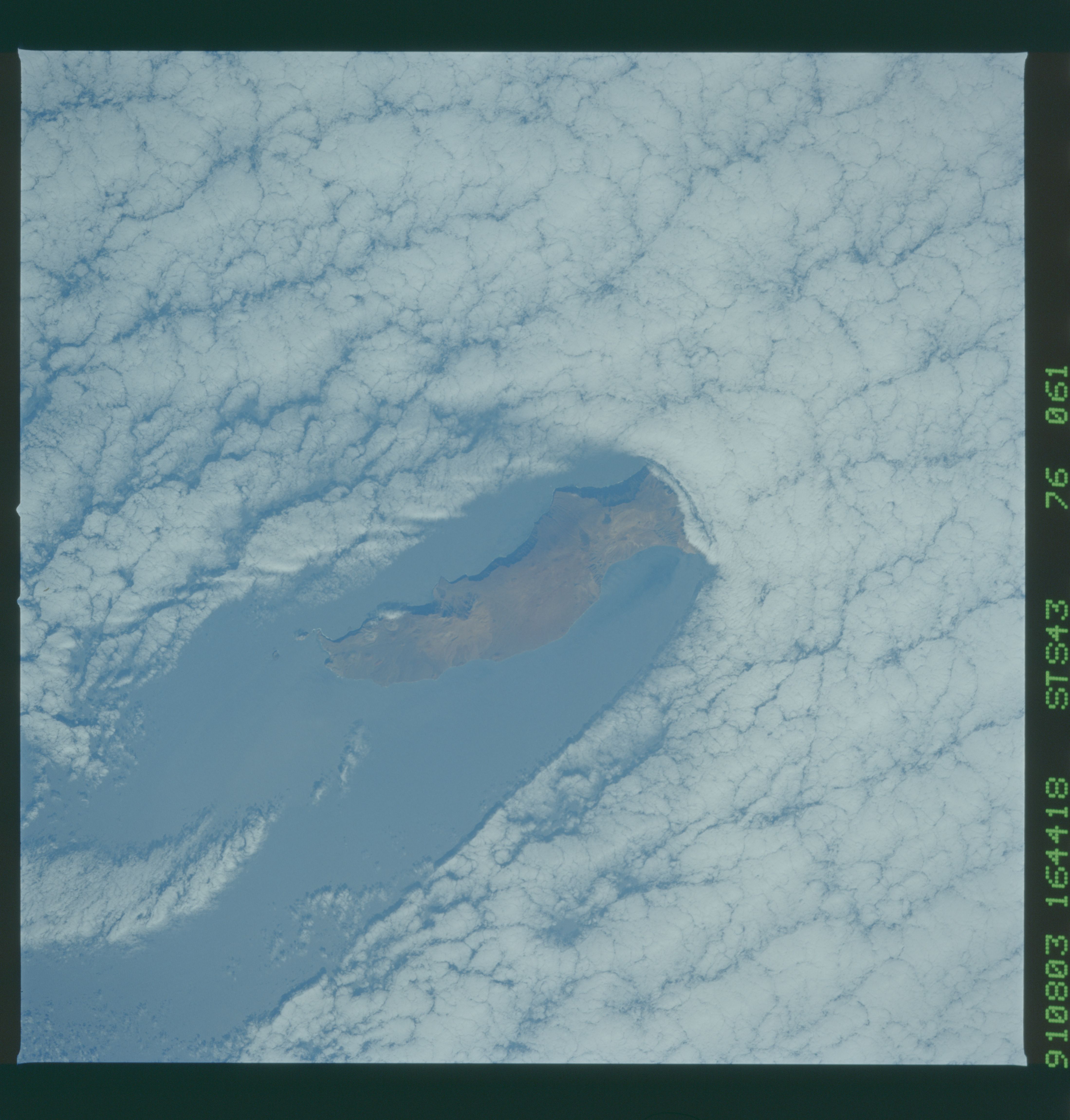 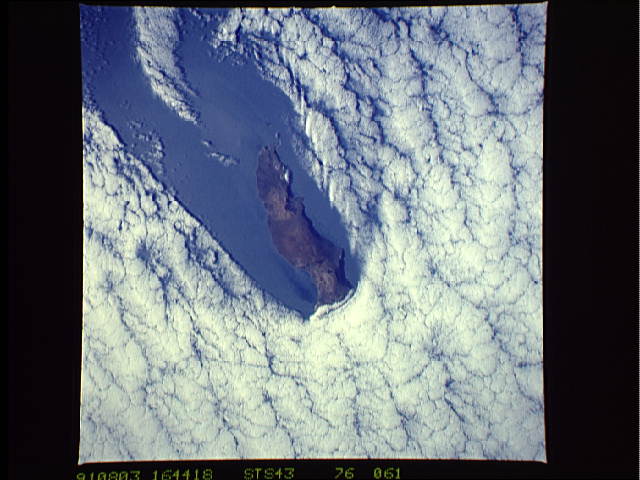 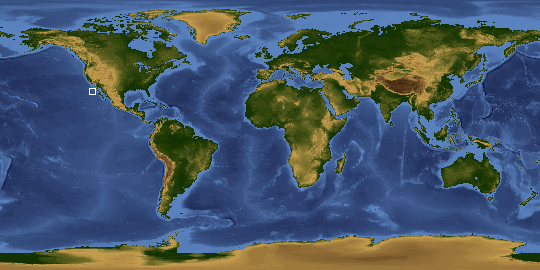 Other options available:
Download Packaged File
Download a Google Earth KML for this Image
View photo footprint information
Image Caption: STS043-076-061 Guadalupe Island, Mexico August 1991
The elongated, volcanic island of Guadalupe (latitude 29 degrees north) is located in the Pacific Ocean approximately 180 miles (290 kilometers) off the coast of west-central Baja California, Mexico. The island is an extinct volcano with a maximum elevation of approximately 4500 feet (1370 meters) above sea level. The photograph illustrates the blocking impact that the elevated terrain can have on low stratus clouds as the clouds move southeastward. The island creates a "cloud wake" downstream (leeward side) of the island, a rather common phenomenon when low stratus clouds pass islands that have adequate elevations to form an impediment to the clouds' normal flow. The Mexican Government has established the island as a wildlife preserve, especially for the protection of elephant seals.