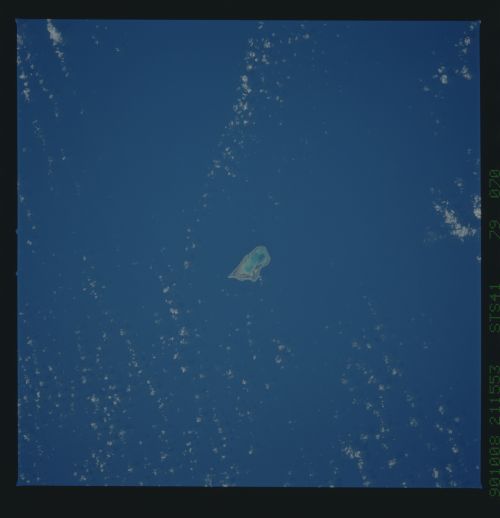 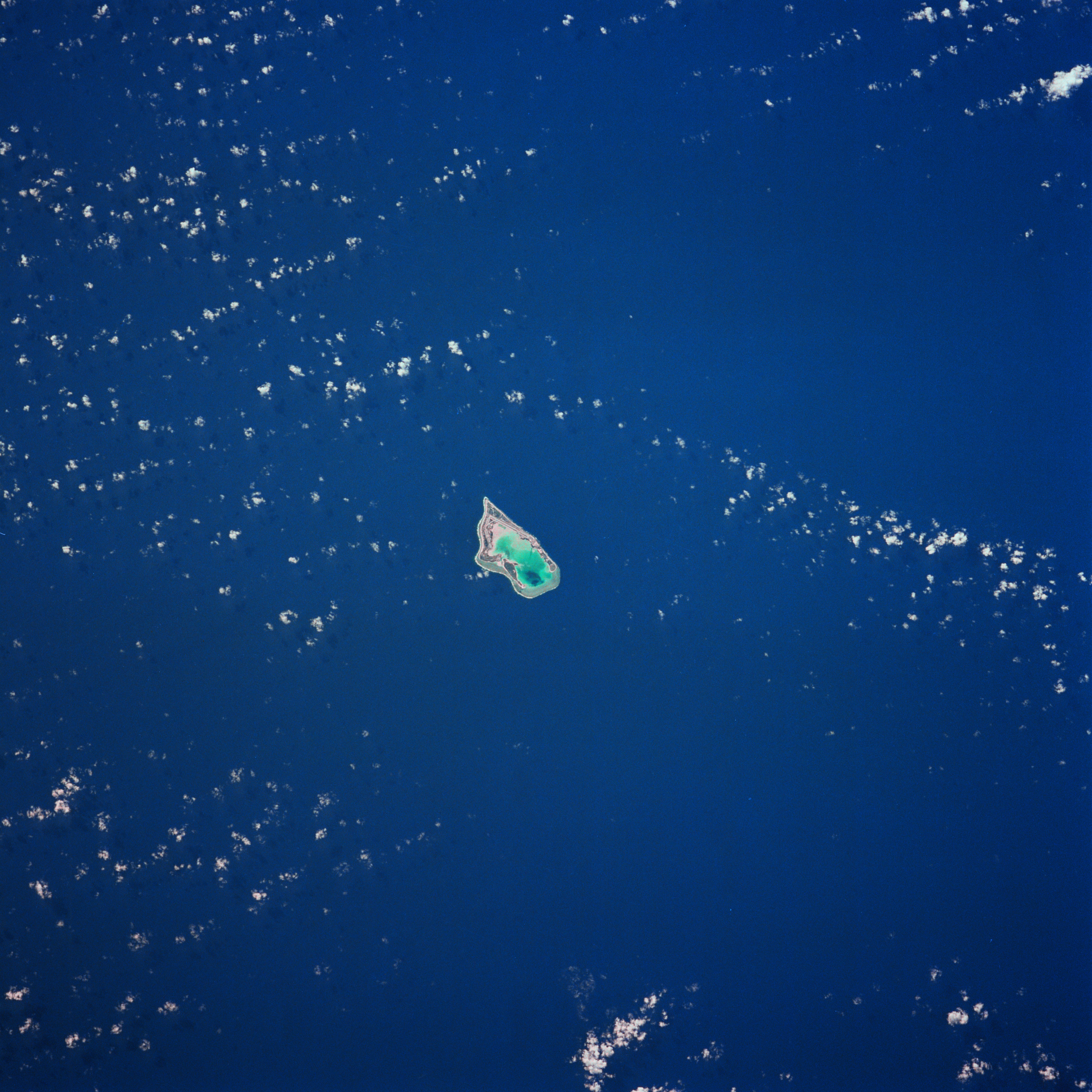 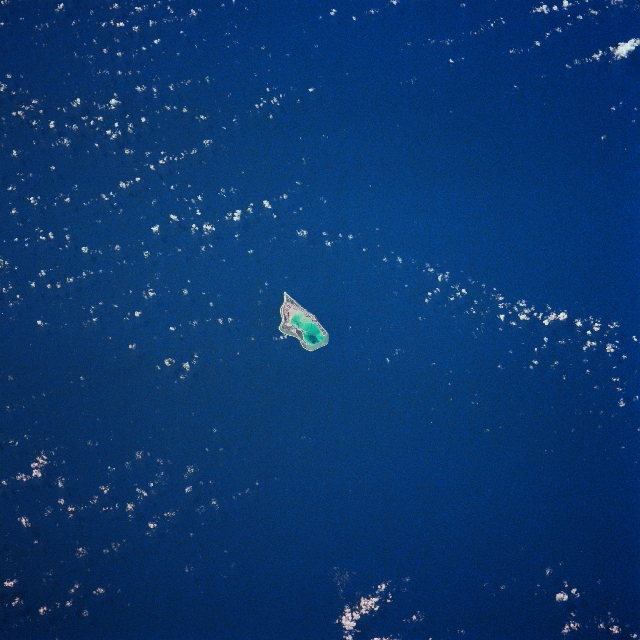 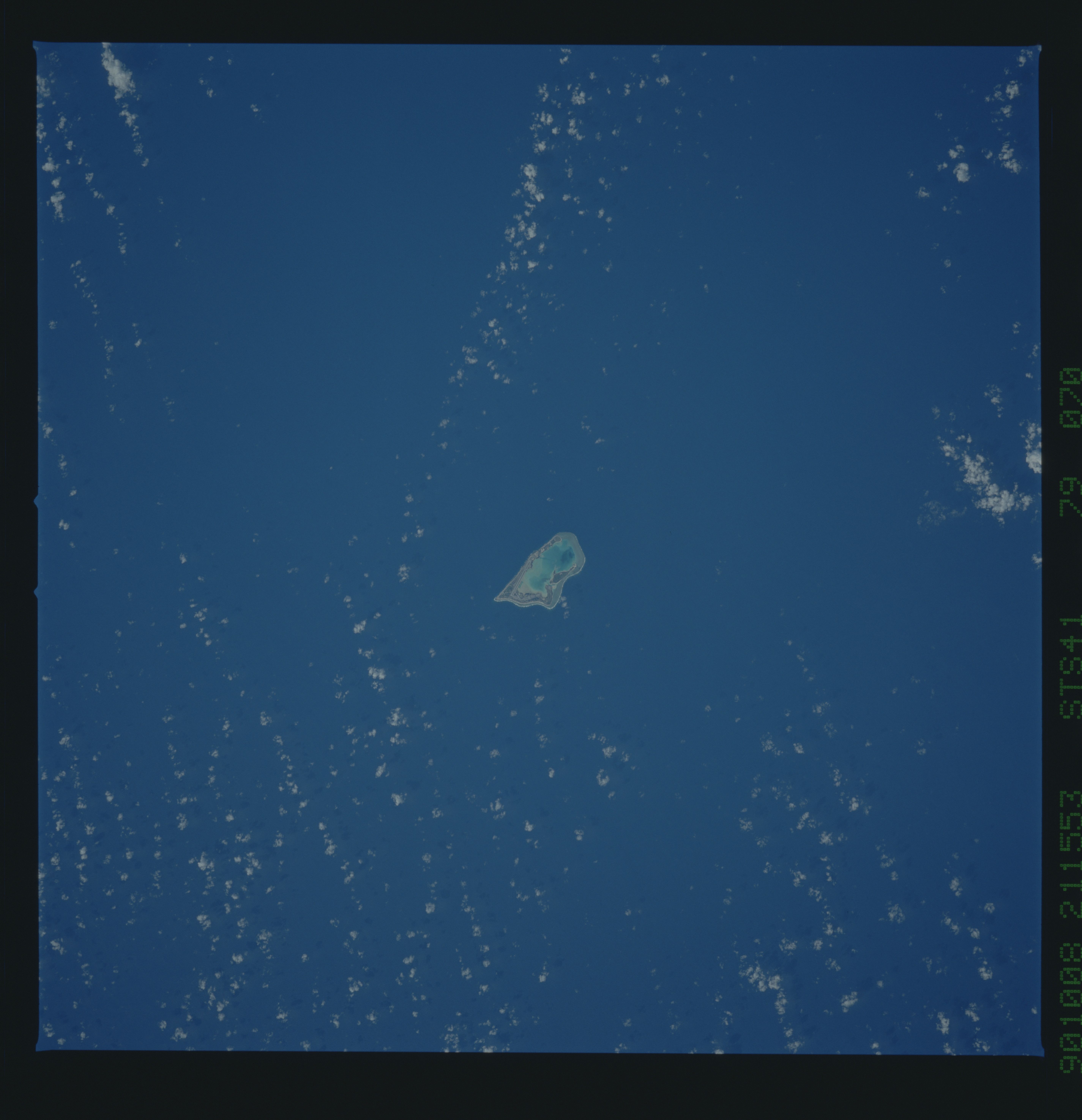 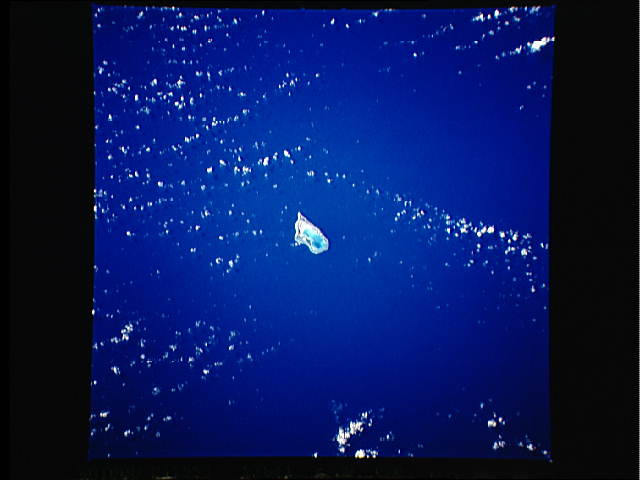 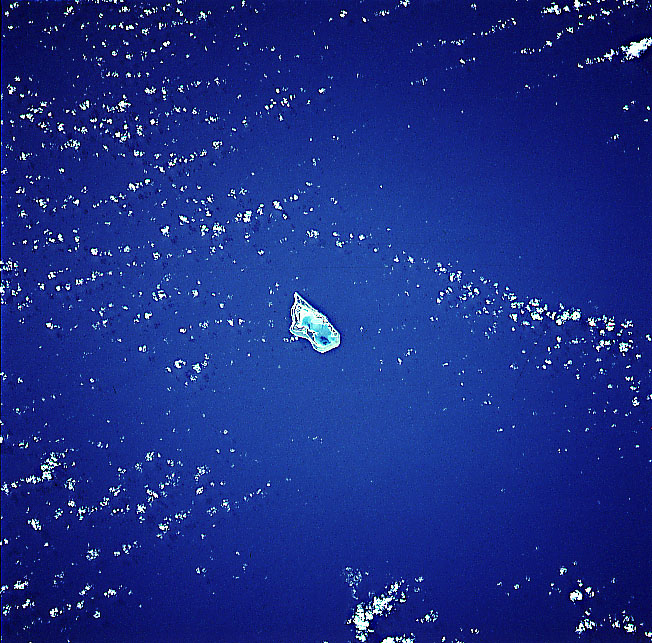 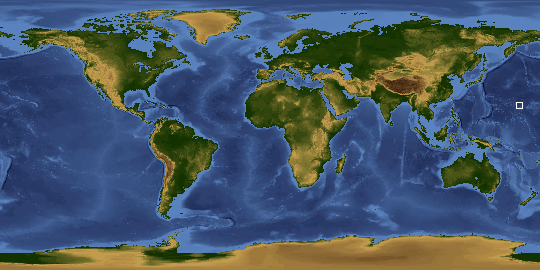 Other options available:
Download Packaged File
Download a Google Earth KML for this Image
View photo footprint information
Image Caption: STS041-079-070 Wake Island, Pacific Ocean October 1990
Strategically located in the northern Pacific Ocean between the Hawaiian Islands and the North Mariana Islands, Wake Island can be seen in this south-looking view. Nearly triangular in shape, the atoll covers an area of 4 sq. miles (6.5 sq. km). The atoll is made up of three small coral islands built on an underwater volcano. The central lagoon is the former crater of the volcano and the three small islands are part of the rim. There are no native people on the island. All of the inhabitants living on the island are members of the United States Military. The island is used as a military crossroad for ships and airplanes crossing the Pacific. Wake Island has no fresh water and the vegetation on the island is mostly shrubs and bushes. All food, water, and supplies have to be imported. The island is occasionally hit by typhoons.