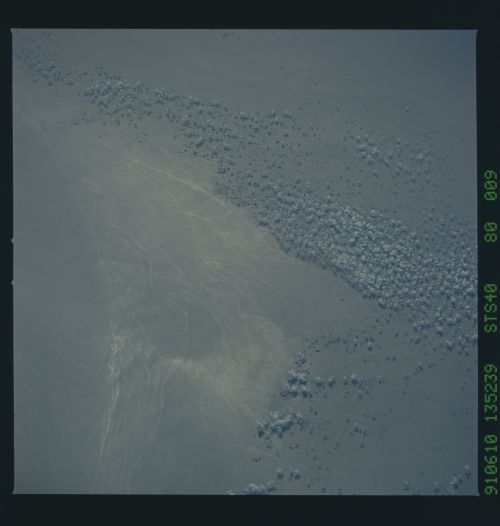 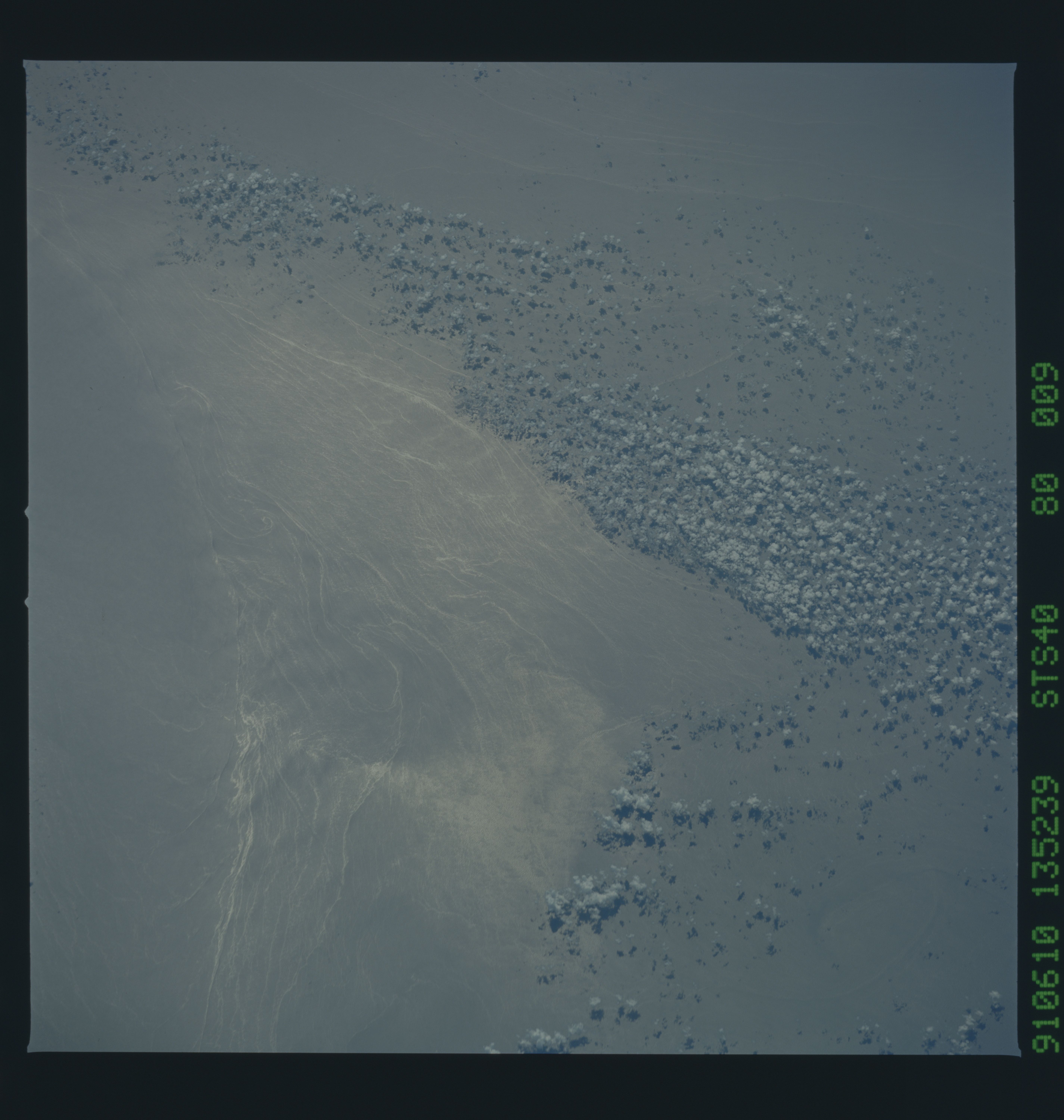 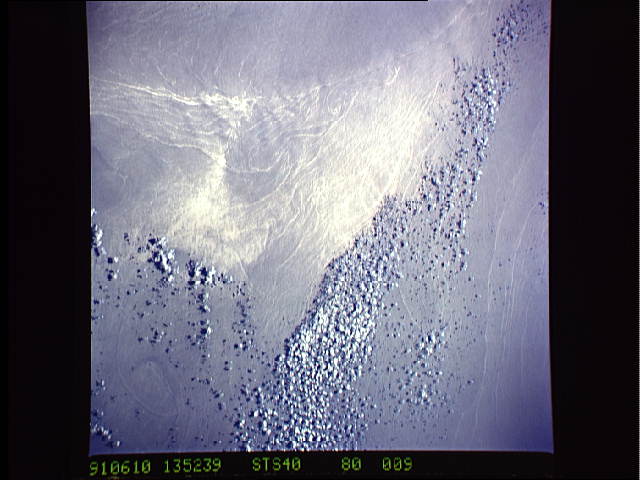 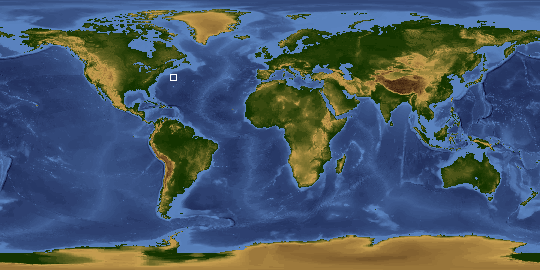 Other options available:
Download Packaged File
Download a Google Earth KML for this Image
View photo footprint information
Image Caption:
STS040-80-008 and STS040-80-009 The sunglint pattern seen in
these photographs, taken along the Atlantic coast of the United
States, illustrates the tremendous amount of turbulence along the
boundary of the Gulf Stream. The Gulf Stream flows northward
along the East Coast of the U.S., departs the coast at Cape Hat-
teras, and flows northeast across the North Atlantic Ocean. This
current is responsible for the majority of heat transport from
the tropical Atlantic to the high latitudes of the North Atlan-
tic. The clouds along the right-hand portion of the photograph
form as near-surface air is warmed by the waters of the Gulf
Stream and begins to rise. Several eddies of various sizes can
be seen forming along the boundary between the warm, buoyant wa-
ters of the Gulf Stream (to the right) and the cooler, more dense
waters of the continental shelf (to the left). This level of
complexity within the Gulf Stream has never been documented be-
fore!