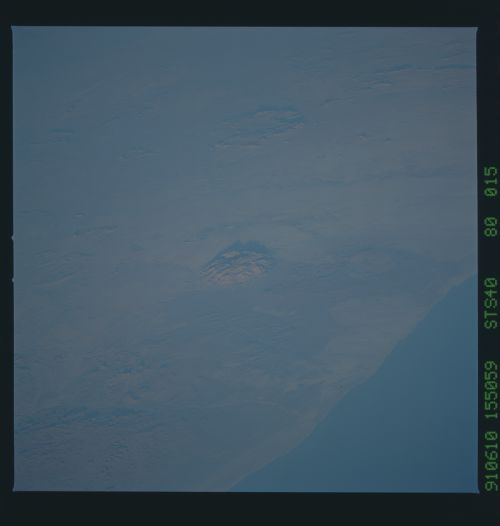 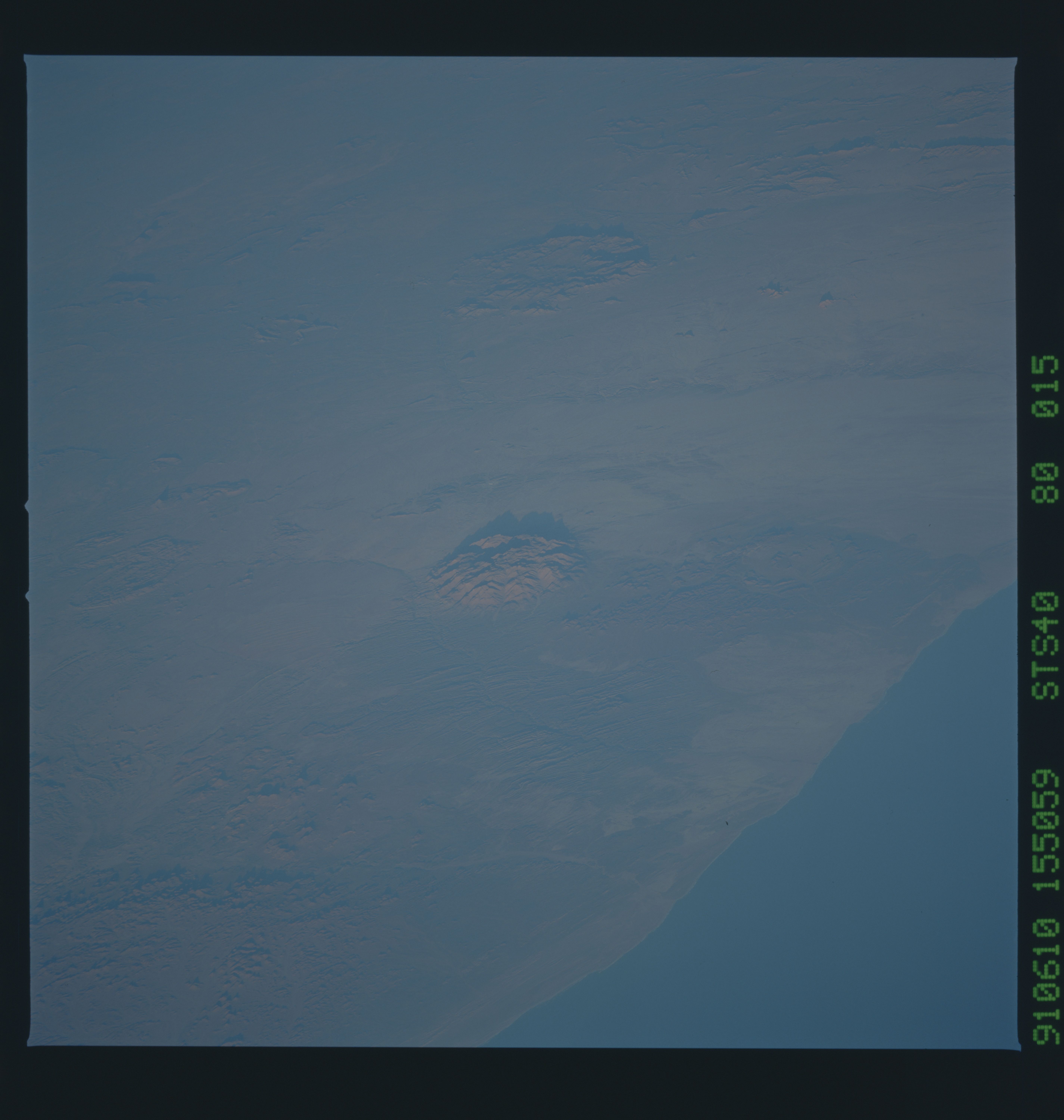 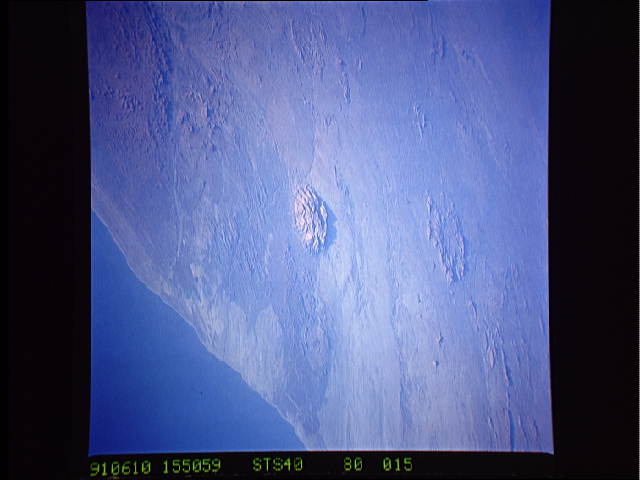 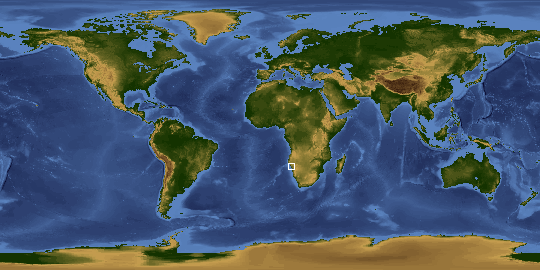 Other options available:
Download Packaged File
Download a Google Earth KML for this Image
View photo footprint information
Image Caption: STS040-80-15: Highest point in the newest nation.
The Brandberg Volcano, highest point in Namibia, and numerous other hills, appear in three dimensions as a result of low Sun illumination. The Messum Crater appears on the coastal side of the Brandberg. Vertically tilted schists may have been scoured out by the wind, in the same way as rocks around the perimeter of the Tibesti Mountains, to form megagrooves.