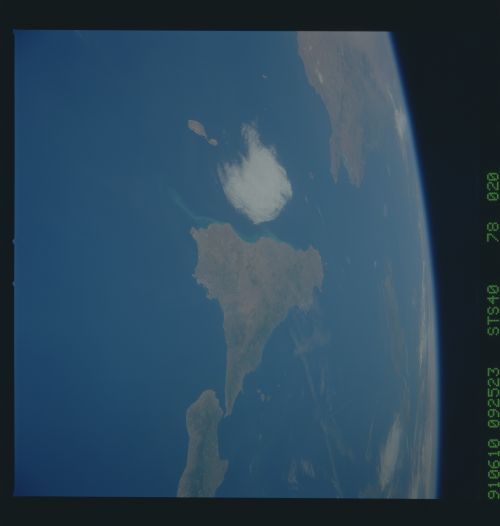 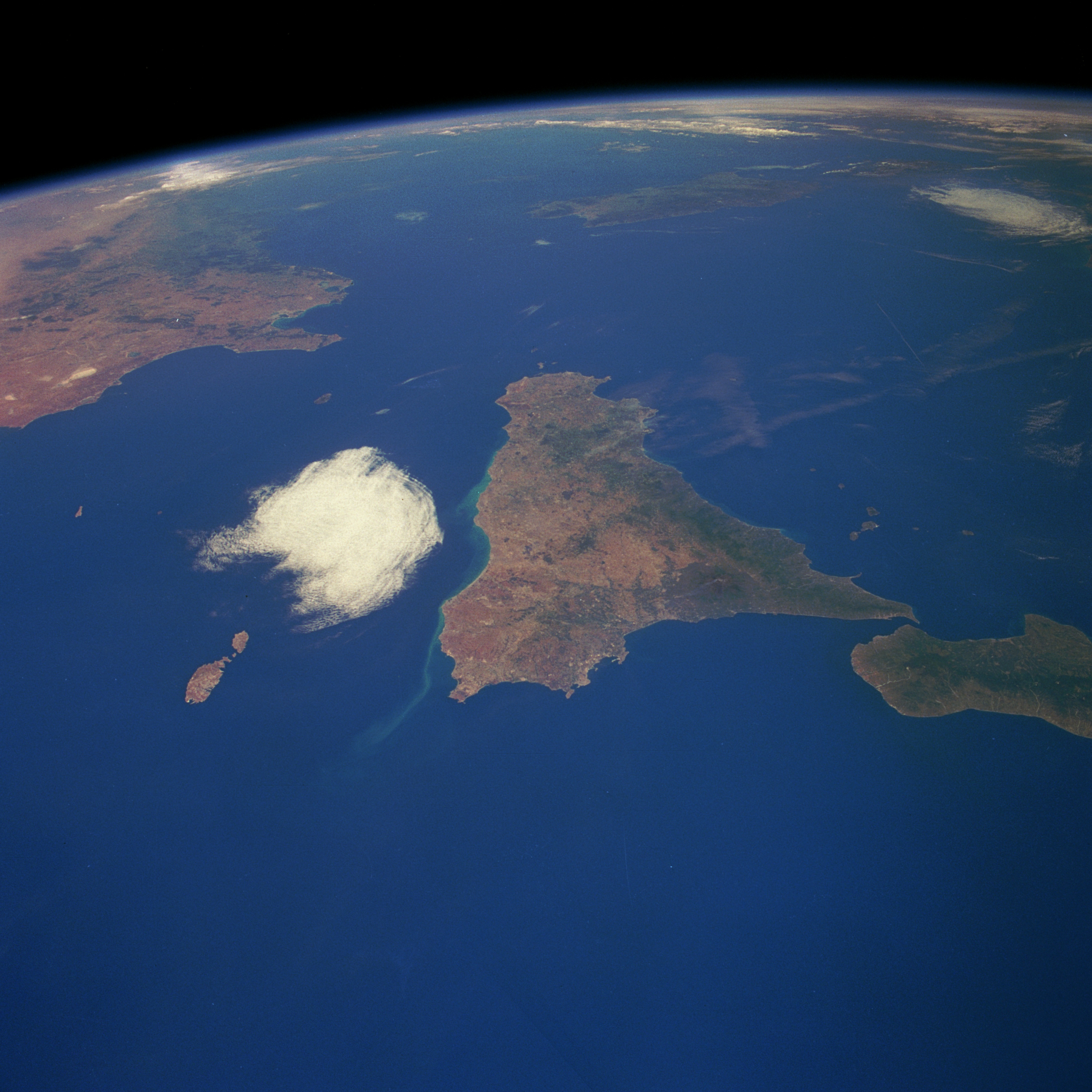 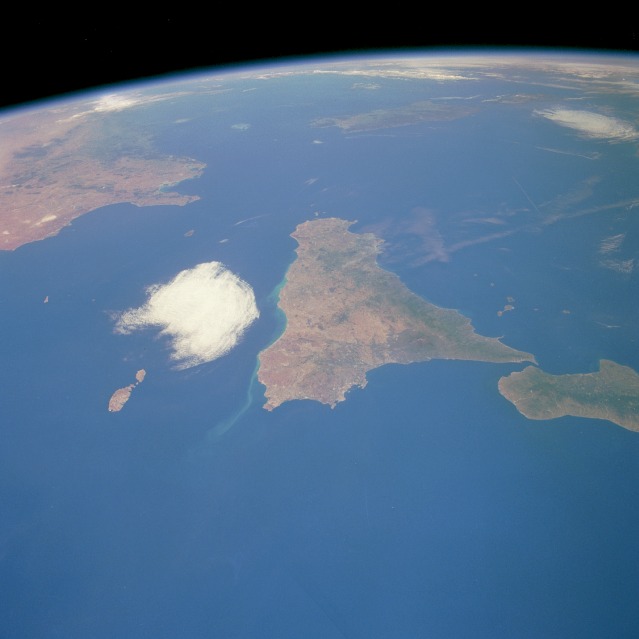 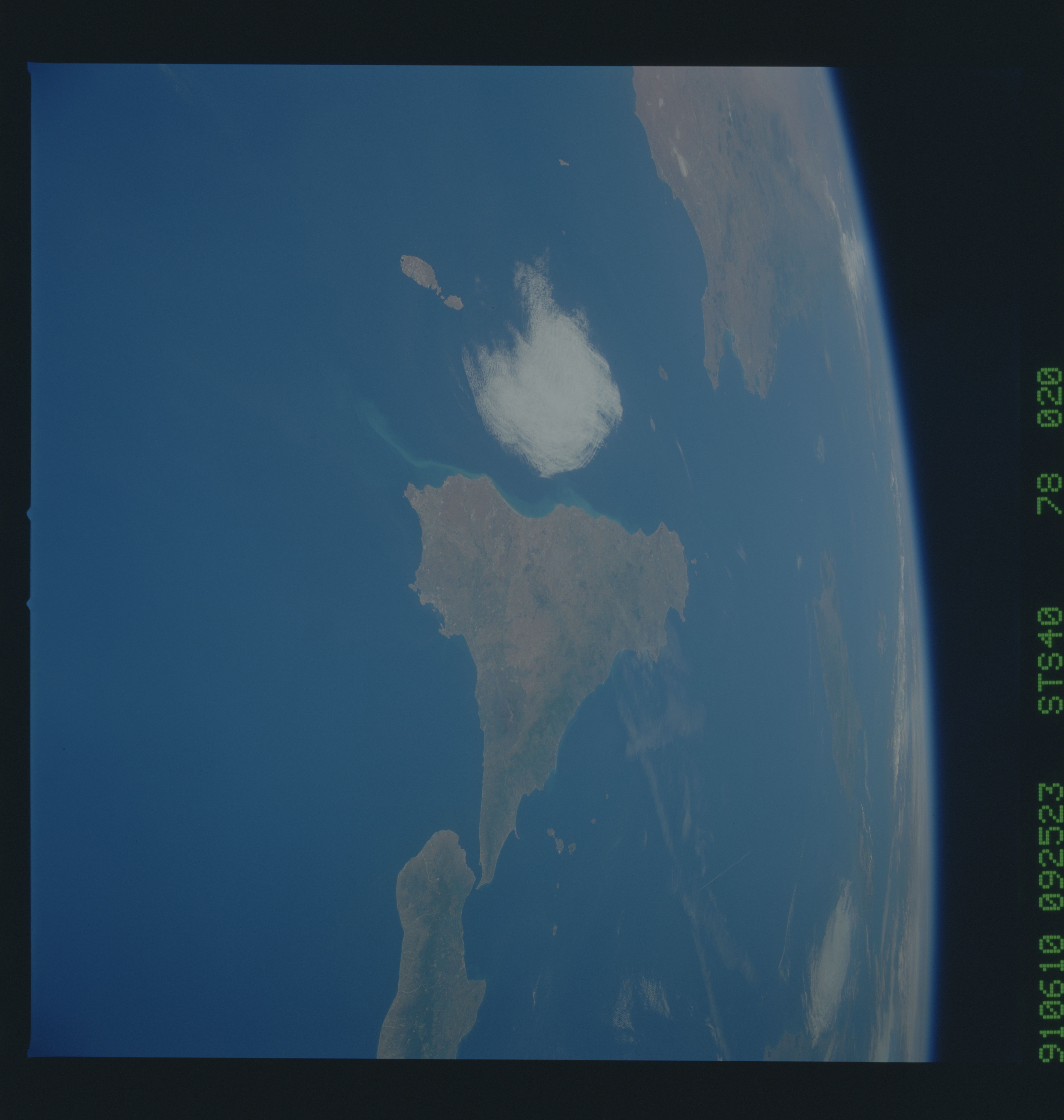 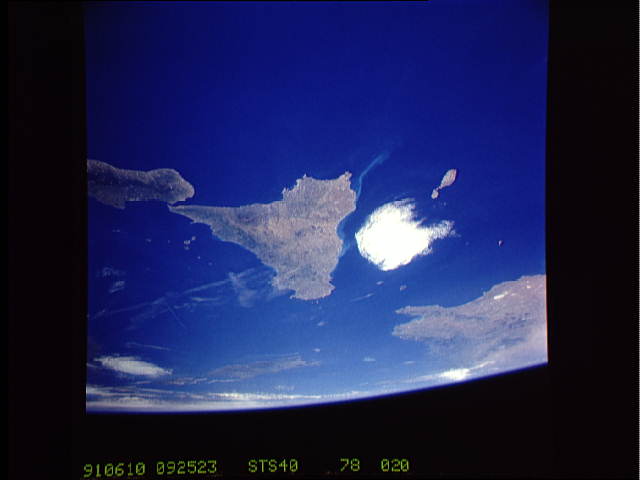 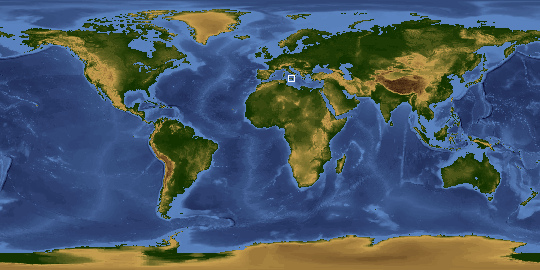 In this west-looking view of the western Mediterranean, the islands of Sardinia and Corsica can be seen, top right, beyond Malta, Sicily and the toe of Italy in the foreground. Sardinia (to Italy) is the larger southern island which reaches to within 200 km of the African coast (top left). The coast of France (top right) lies under cloud beyond Corsica (to France); Tunisia and Algeria appear top left.

Sediment flows along the southern coast of Sicily. The suspended sediment traces the coastal current patterns. Several rivers feed into the Mediterranean along the coast; however, the primary source of the sediment is unknown. This phenomenon, not previously observed, may or may not be a common occurrence. Since it has been identified, future studies can be conducted.