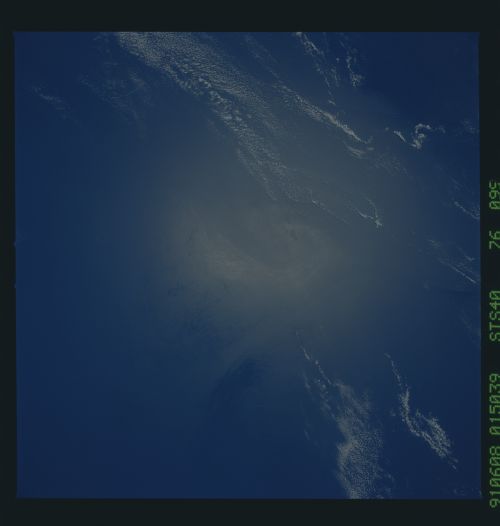 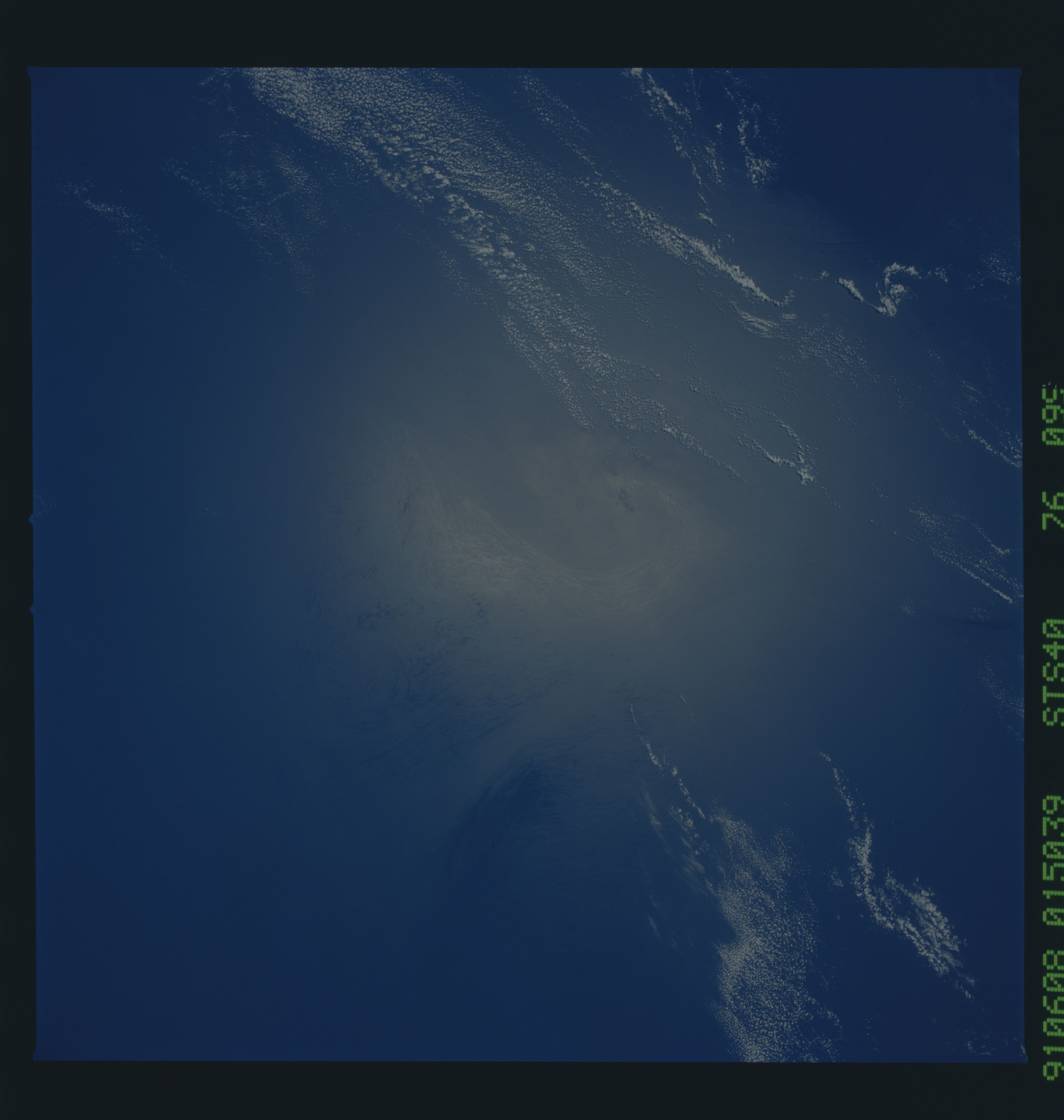 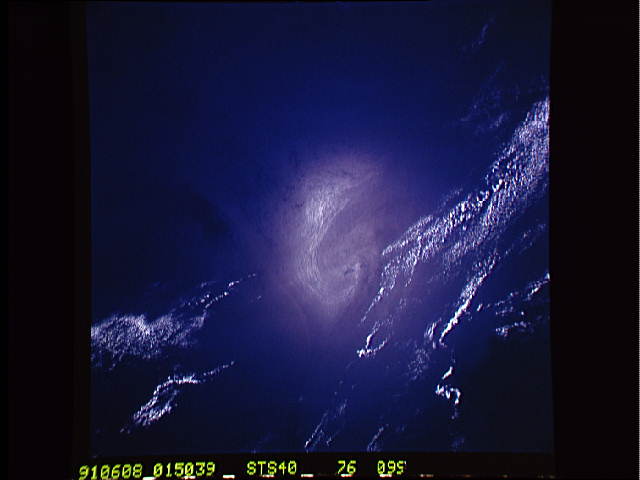 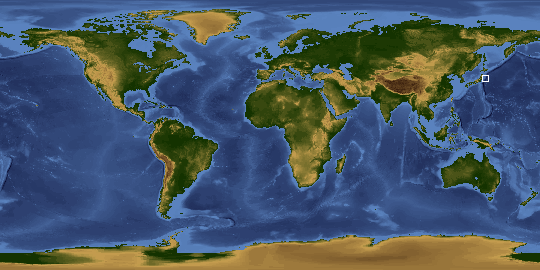 Other options available:
Download Packaged File
Download a Google Earth KML for this Image
View photo footprint information
Image Caption:
STS040-76-099 This photograph shows variations in the sunglint
pattern along the boundary of the Kuroshio Current. The Kuroshio
Current is similar to the Gulf Stream; they are both warm,
swift-flowing, western boundary currents responsible for the
transport of large quantities of heat energy from the tropics to
the high northern hemisphere latitudes. The clouds along the
right-hand portion of the photograph form as near-surface air is
warmed by the current and begins to rise. Two eddies, one quite
large and the other small, can be seen forming along the boundary
of the Kuroshio Current and the adjacent coastal water to the
left of these features.