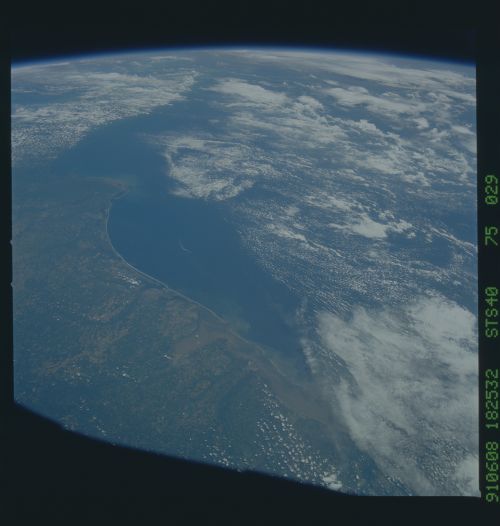 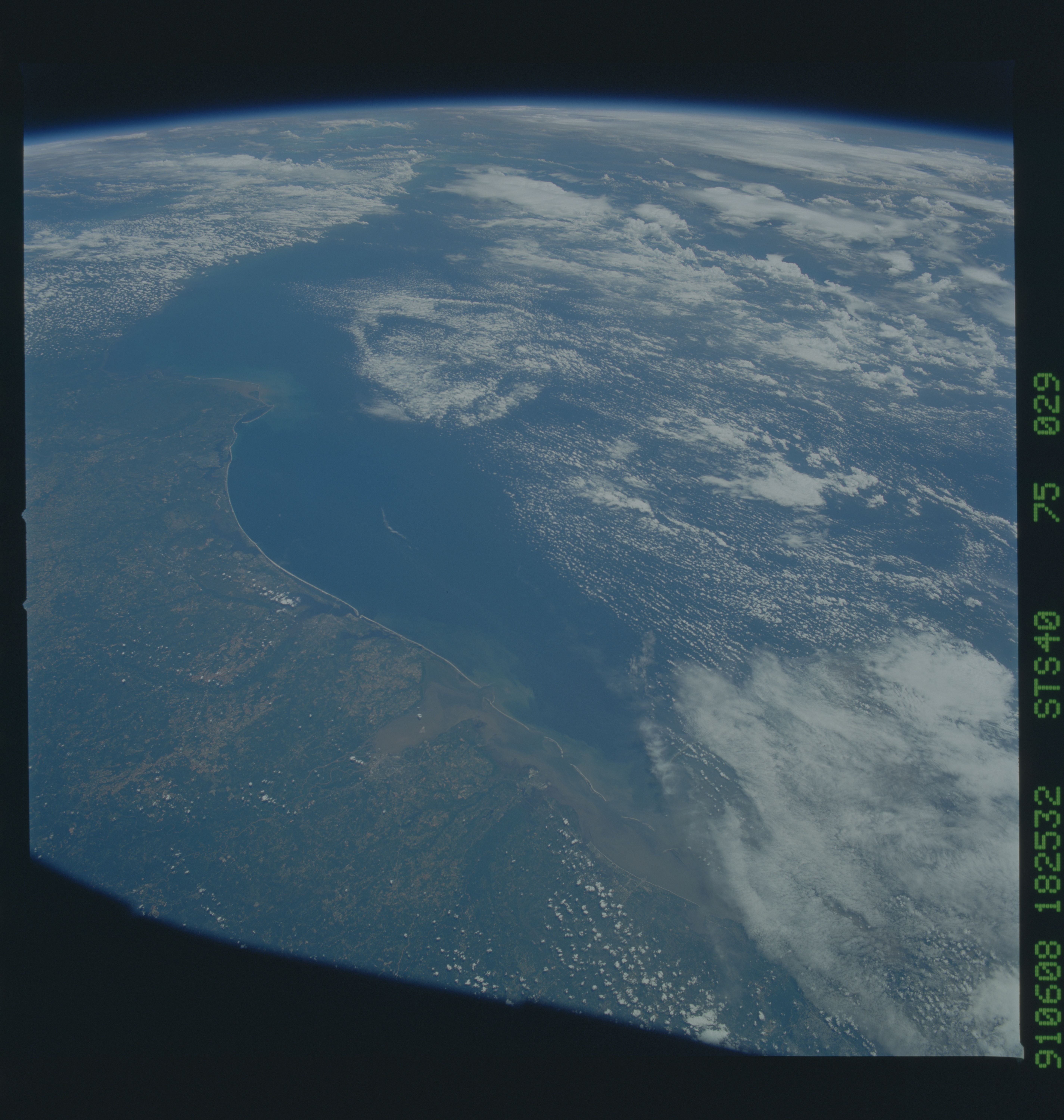 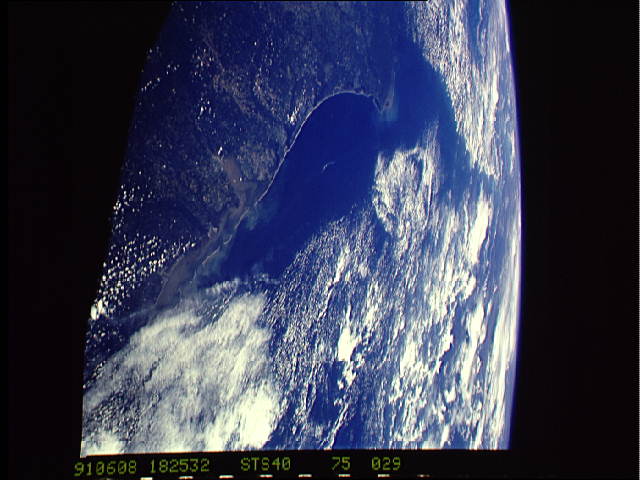 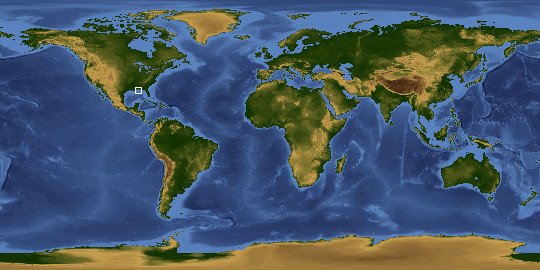 Other options available:
Download Packaged File
Download a Google Earth KML for this Image
View photo footprint information
Image Caption: STS040-75-029, STS040-75-030, & STS040-75-032: Bi-Directional Reflectance of Mobile Bay, Alabama.
This series of pictures depicts the technique of bi-directional reflectance. The Shuttle's changing position and attitude, combined with the Sun's position, show changing reflectance of the water's surface. When one looks at the series, one can see sediment flowing in different directions. Most of the sediment flow into Mobile Bay comes from the Alabama and Tombigbee Rivers. Sediment from upper Mobile Bay appears to make an eastward turn before being discharged in a southwest direction into the Gulf of Mexico. Some emergent sandbars have been created by the tidal forcing between Mobile Point and Dauphin Island.