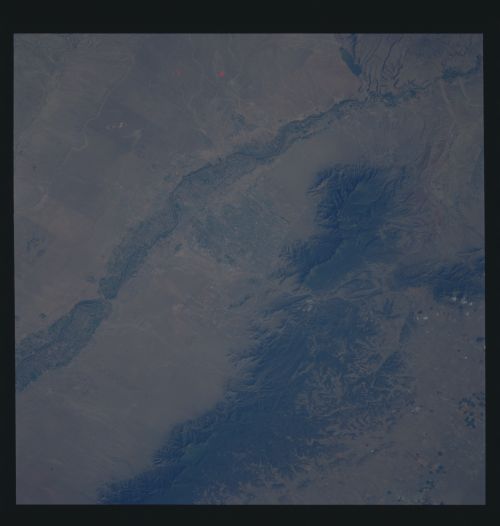 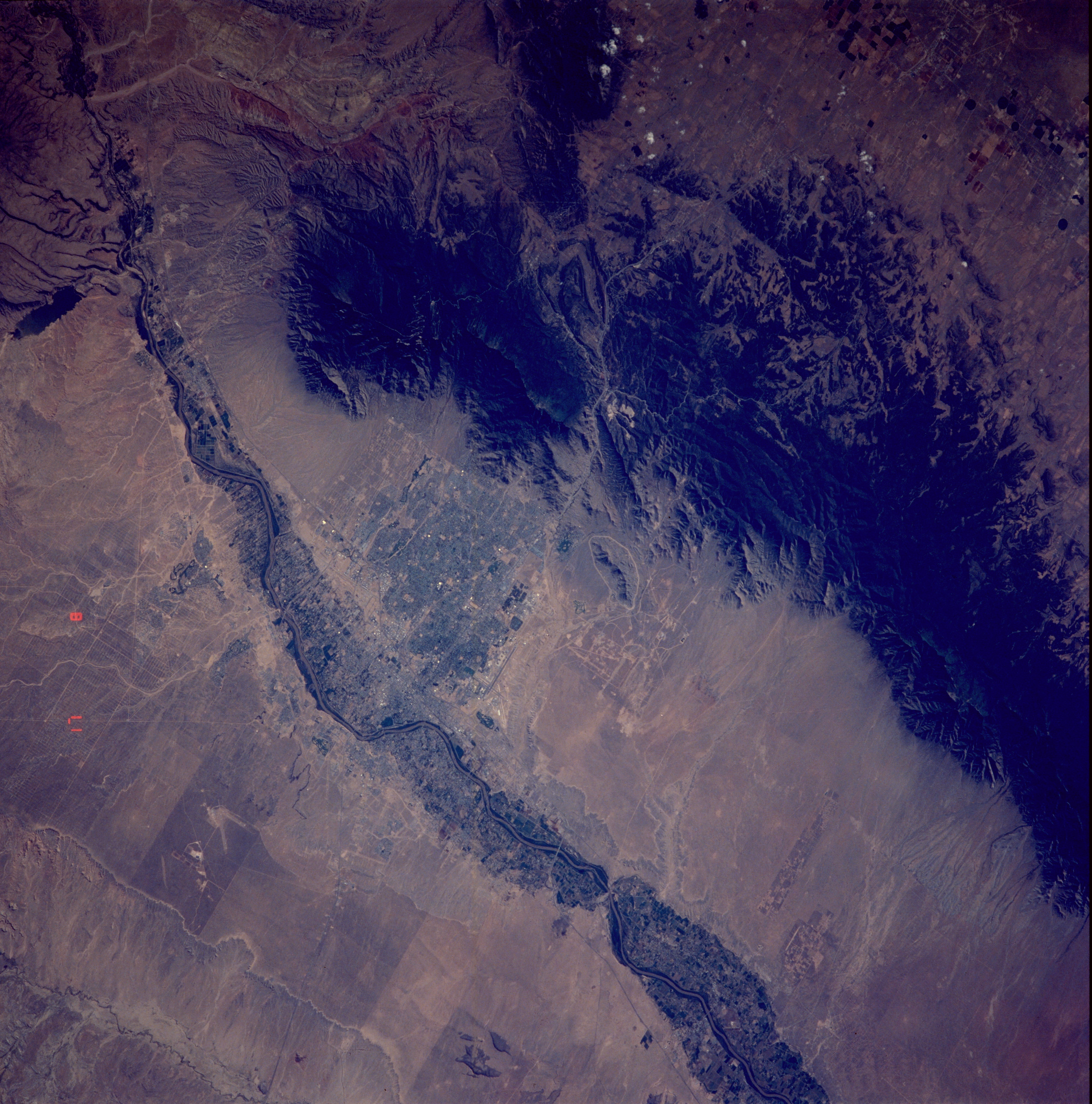 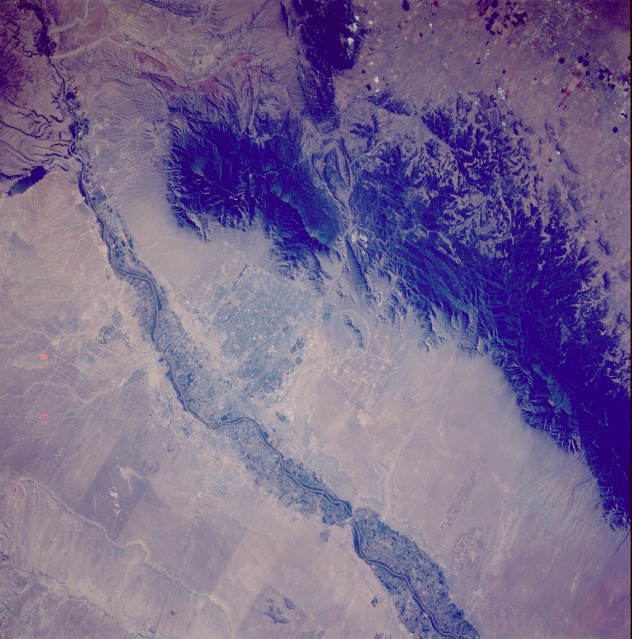 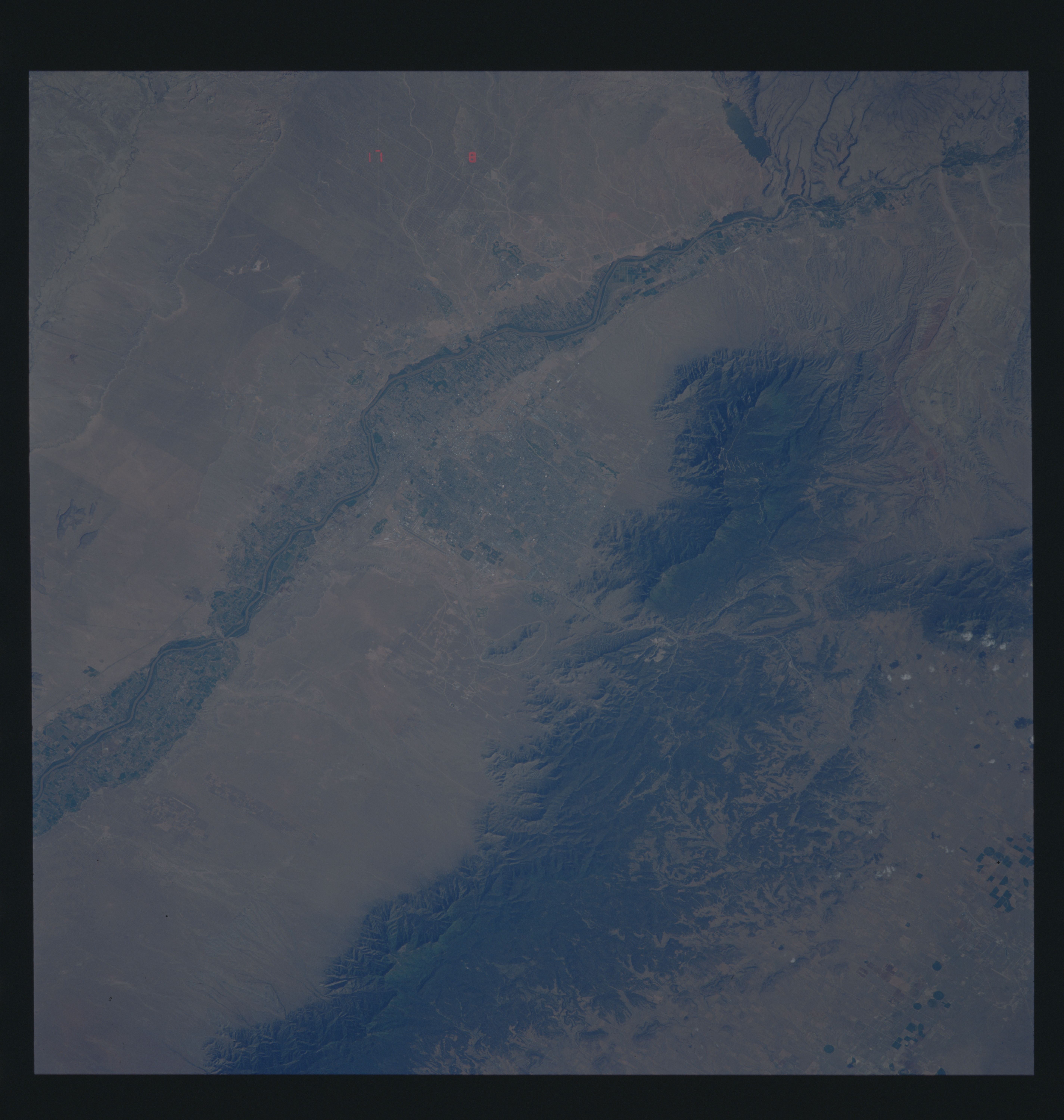 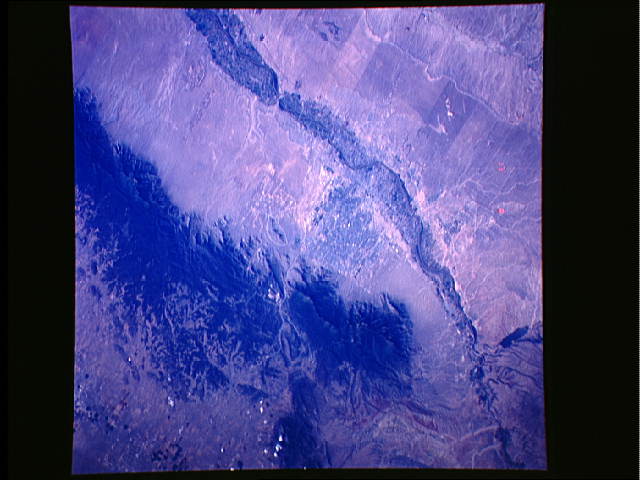 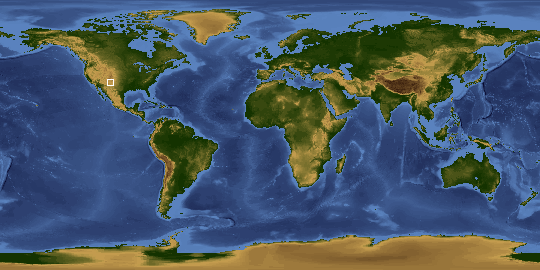 Other options available:
Download Packaged File
Download a Google Earth KML for this Image
View photo footprint information
Image Caption: STS040-614-061 Albuquerque, New Mexico, U.S.A. June 1991
Both natural and manmade features are evident in this near-vertical photograph of Albuquerque. The heavily forested Manzano Mountains represent a formidable barrier east of Albuquerque, while the Rio Grande and its highly cultivated floodplain restrict urban growth to the west. Only subtle differences can be identified when this June 1991 natural color photograph is compared with the April 1993 color infrared photograph. Although the scales of the two photographs are slightly different, they cover the same general area. The color infrared film presents the vegetation in reddish hues, which helps to identify the specific areas of plant growth. The natural color photograph shows desert and semiarid features in brown or tan colors--the only exceptions being the cultivated field patterns along the Rio Grande, vegetation within Albuquerque, and mountains to the east (dark green).

Albuquerque, NM (35.0N, 106.5W) is situated on the edge of the Rio Grande River and flood plain which cuts across the image. The reddish brown surface of the Albuquerque Basin is a fault depression filled with ancient alluvial fan and lake bed sediments. On the slopes of the Manzano Mountains to the east of Albuquerque, juniper and other timber of the Cibola National Forest can be seen as contrasting dark tones of vegetation.