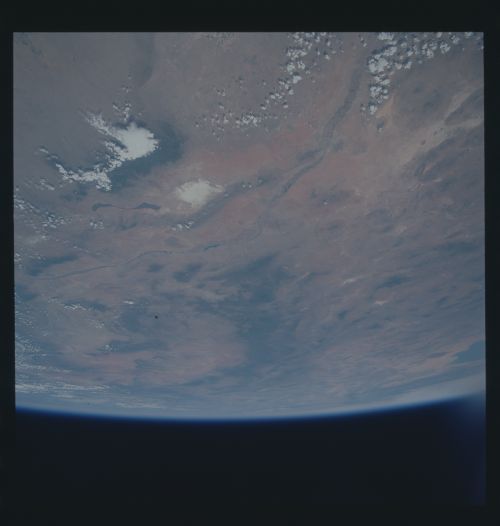 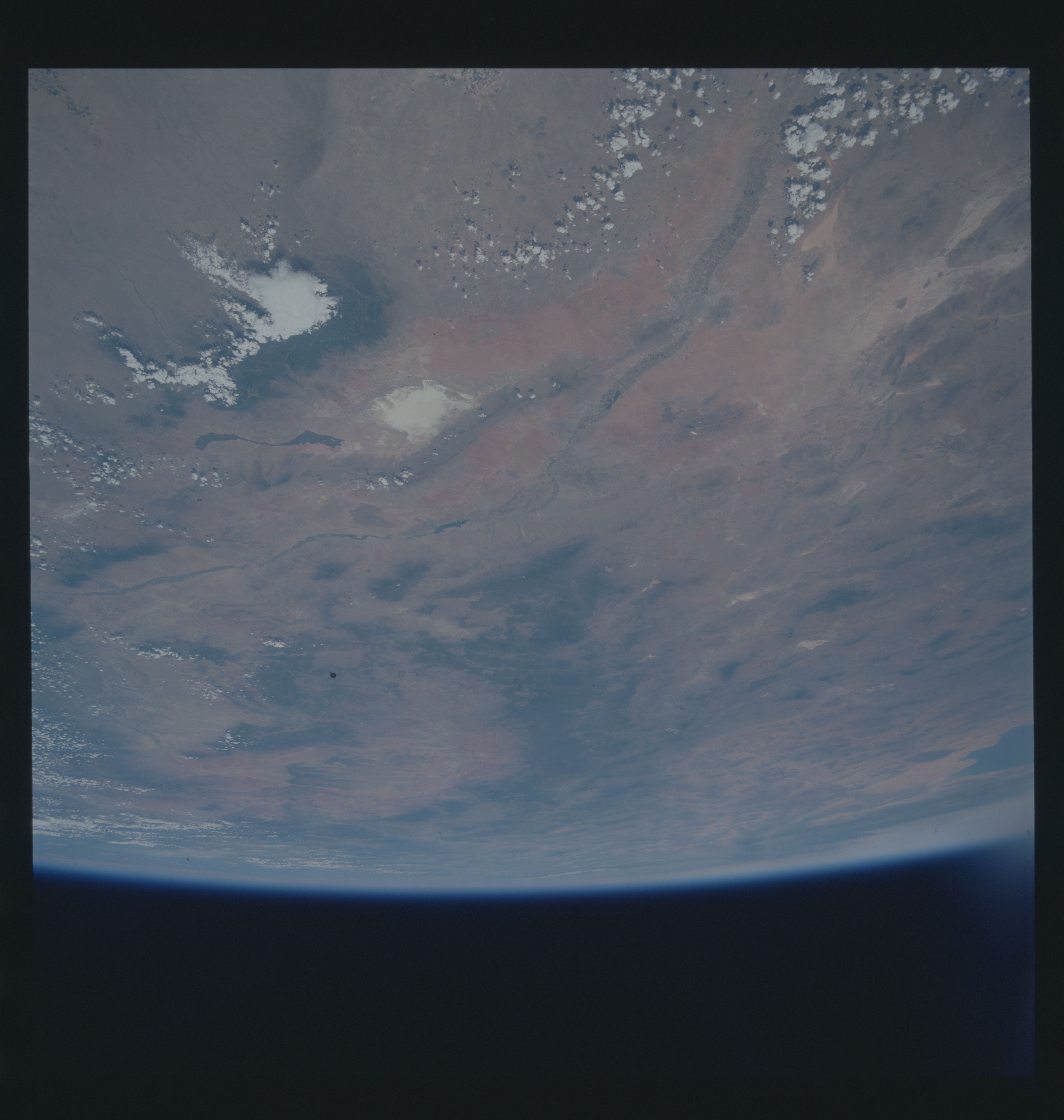 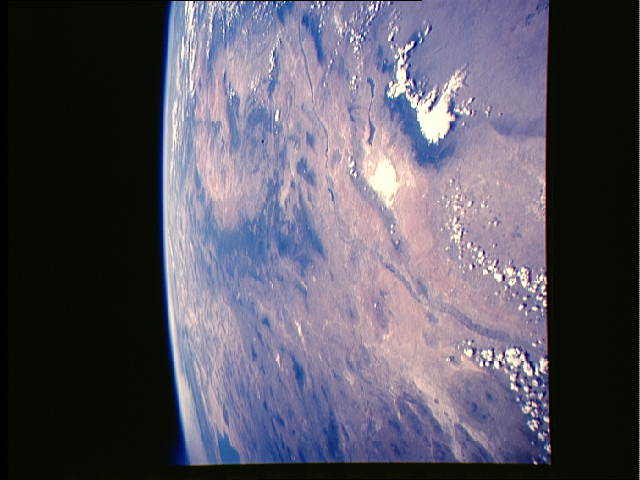 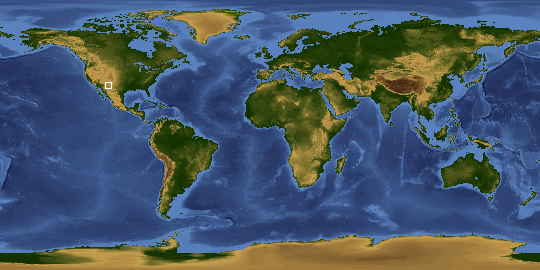 The Rio Grande Rift System and the Rio Grande River run along the
southeastern edge of the Colorado Plateau, as seen in this wide
view from the southeast. West of the Rio Grande River (1) lies
the Colorado Plateau (2), bound to the south by the Mogollon Rim
(3), which is the wooded slope of the plateau easily seen from
space. In the far background is the Gulf of California and the
Pacific coast. The Carrizozo lava fields (4), White Sands (5)
are to the east, and the city of El Paso is at (6). (STS040-
614-006)