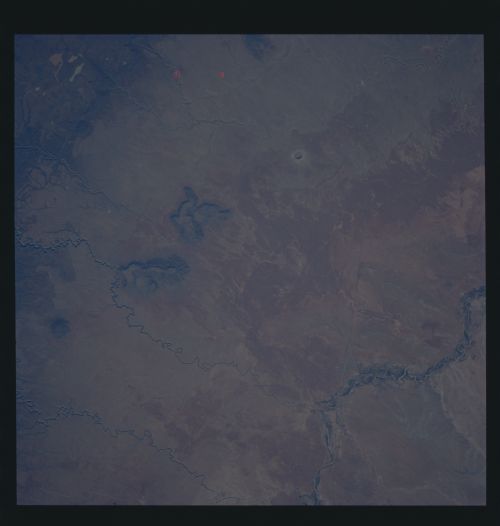 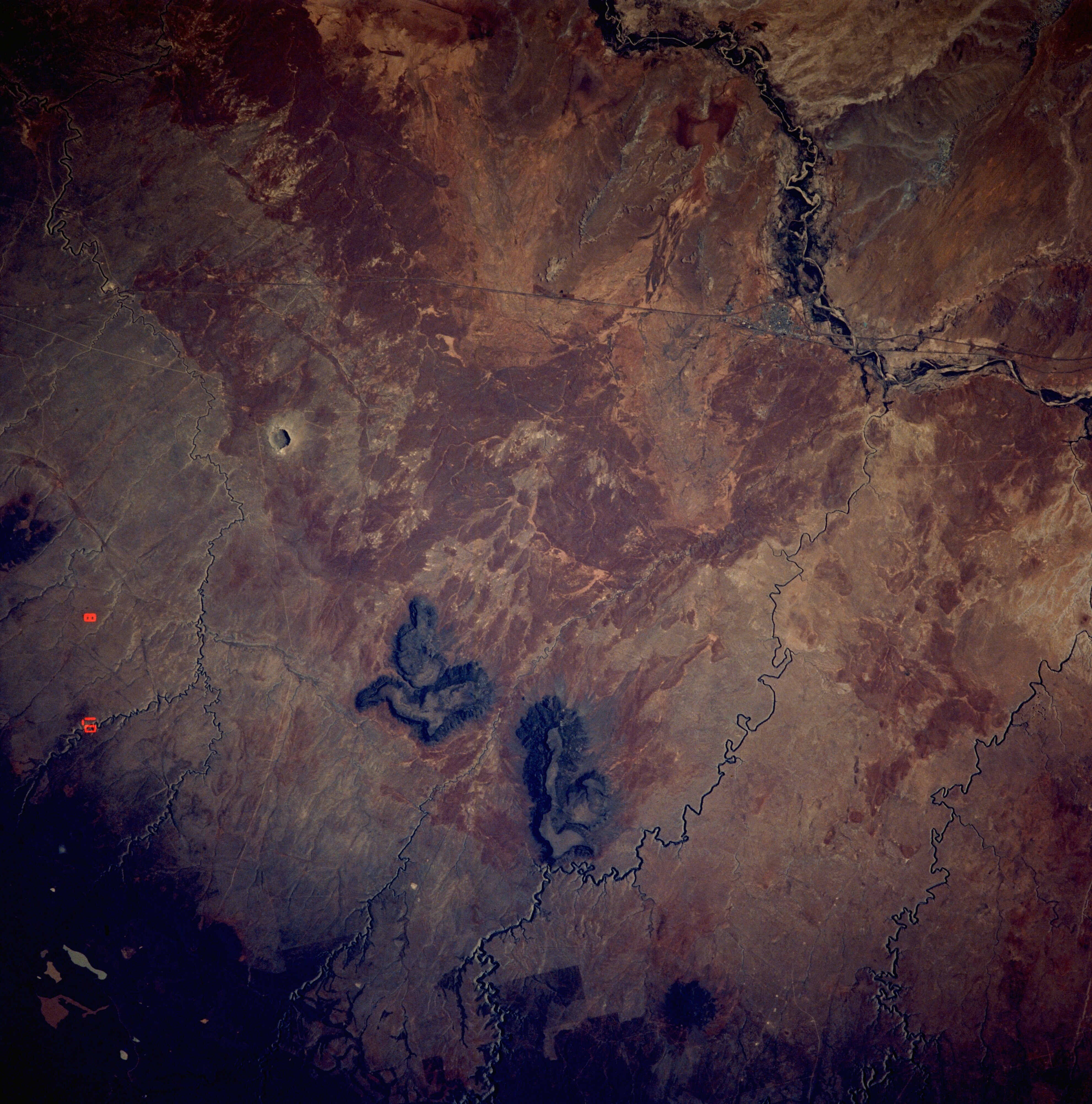 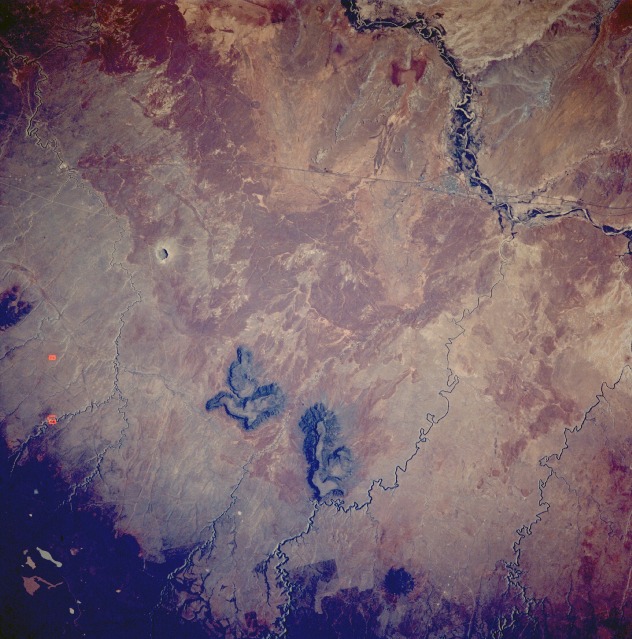 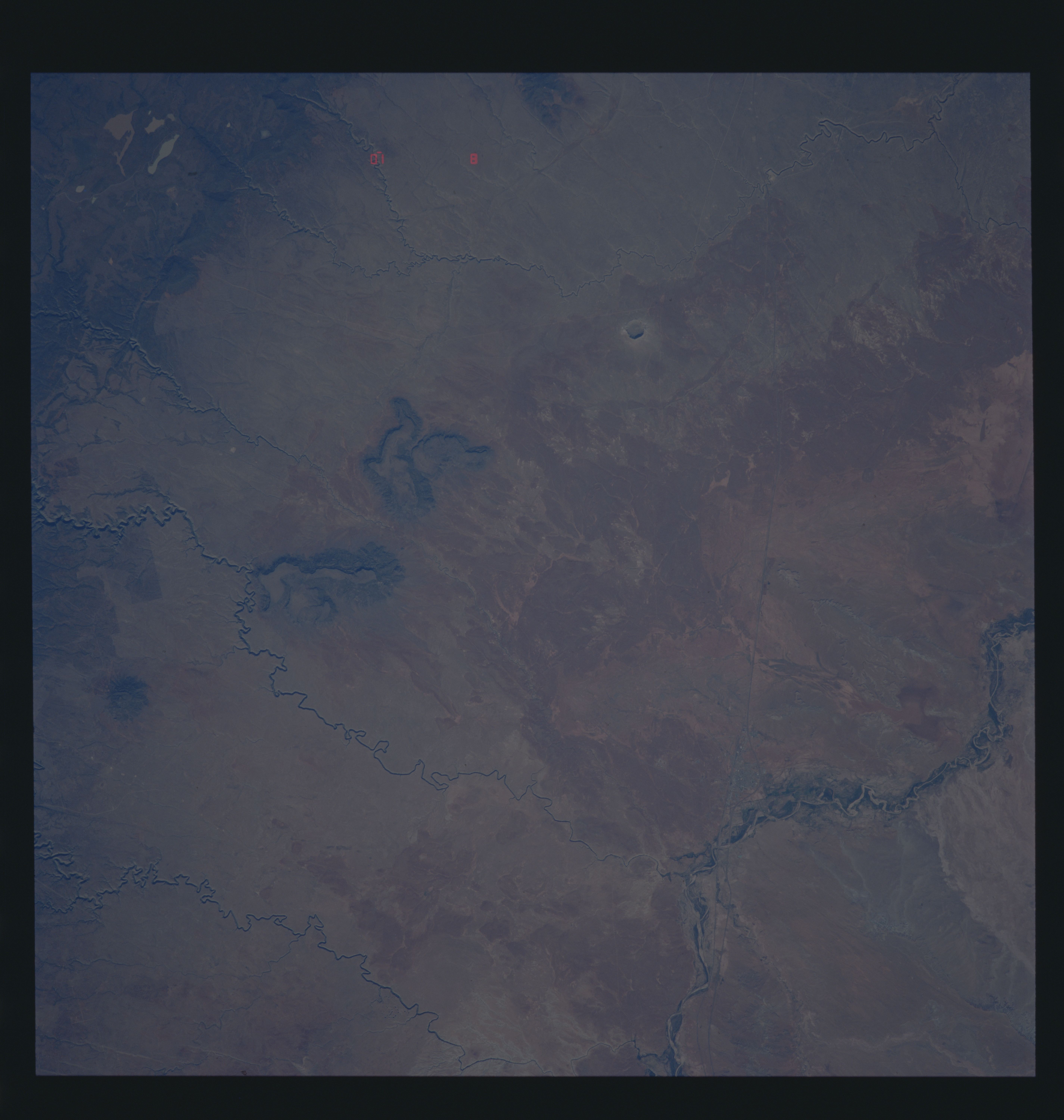 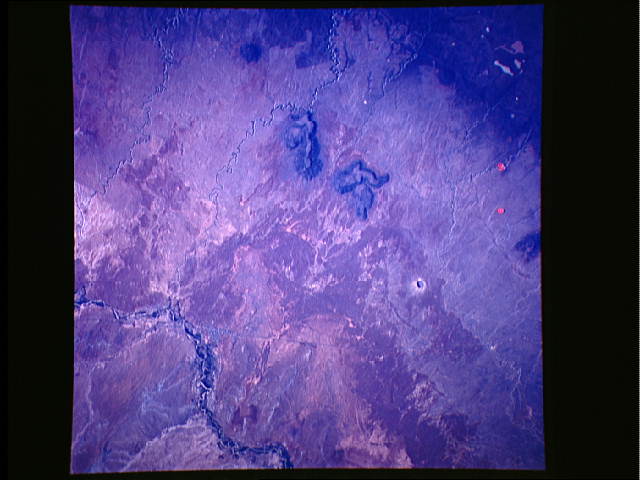 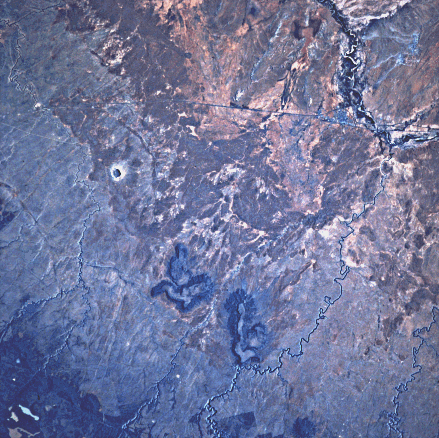 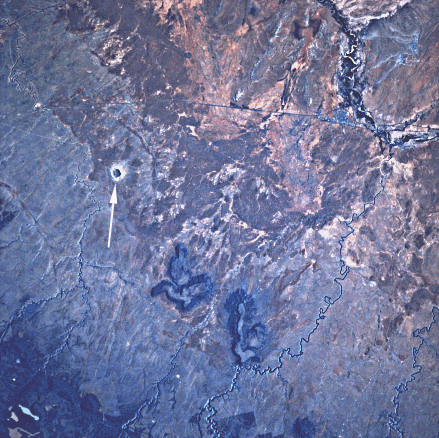 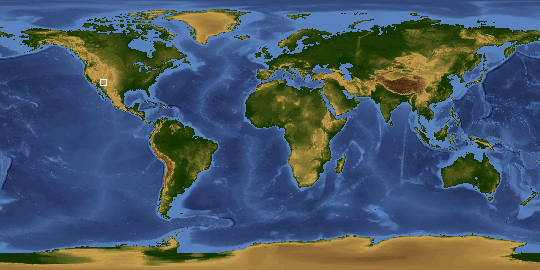 Other options available:
Download Packaged File
Download a Google Earth KML for this Image
View photo footprint information
Image Caption: STS040-614-058 Meteor Crater, Arizona, U.S.A. June 1991
Meteor Crater is one of the best-known impact craters in the world. It can be seen just slightly west of the center of this near-vertical photograph. Although the crater is only 4000 feet (1200 meters) in diameter and nearly 600 feet (180 meters) deep, it is very conspicuous in this photograph because of the contrast between its bright rim--100-150 feet (30-46 meters) high--and the surrounding darker plain of sedimentary rock. The crater is believed to have been formed nearly 50 000 years ago. The dry riverbed of the Little Colorado River is visible east-northeast of the crater. The small city of Winslow, Arizona, is visible on the west bank of the river. Interstate Highway 40 can be seen north of Meteor Crater, running through Winslow. Two large buttes can be seen southeast of the crater. The butte farther from the center is Chevelon Butte, more than 6900 feet (2100 meters) high; it is situated between Clear Creek to its west and Chevelon Creek to its east. To the south of Meteor Crater and the buttes, the dark forested areas of the Mogollon Rim are visible.