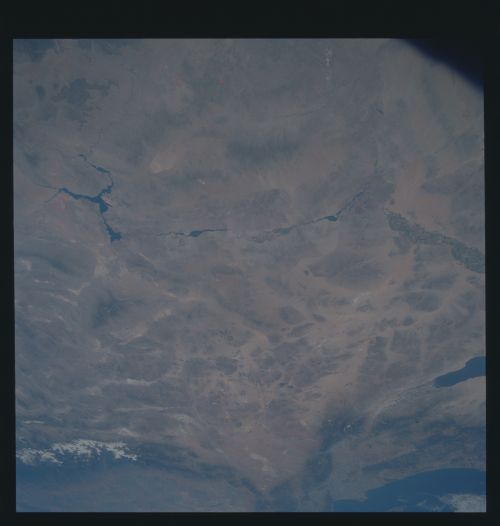 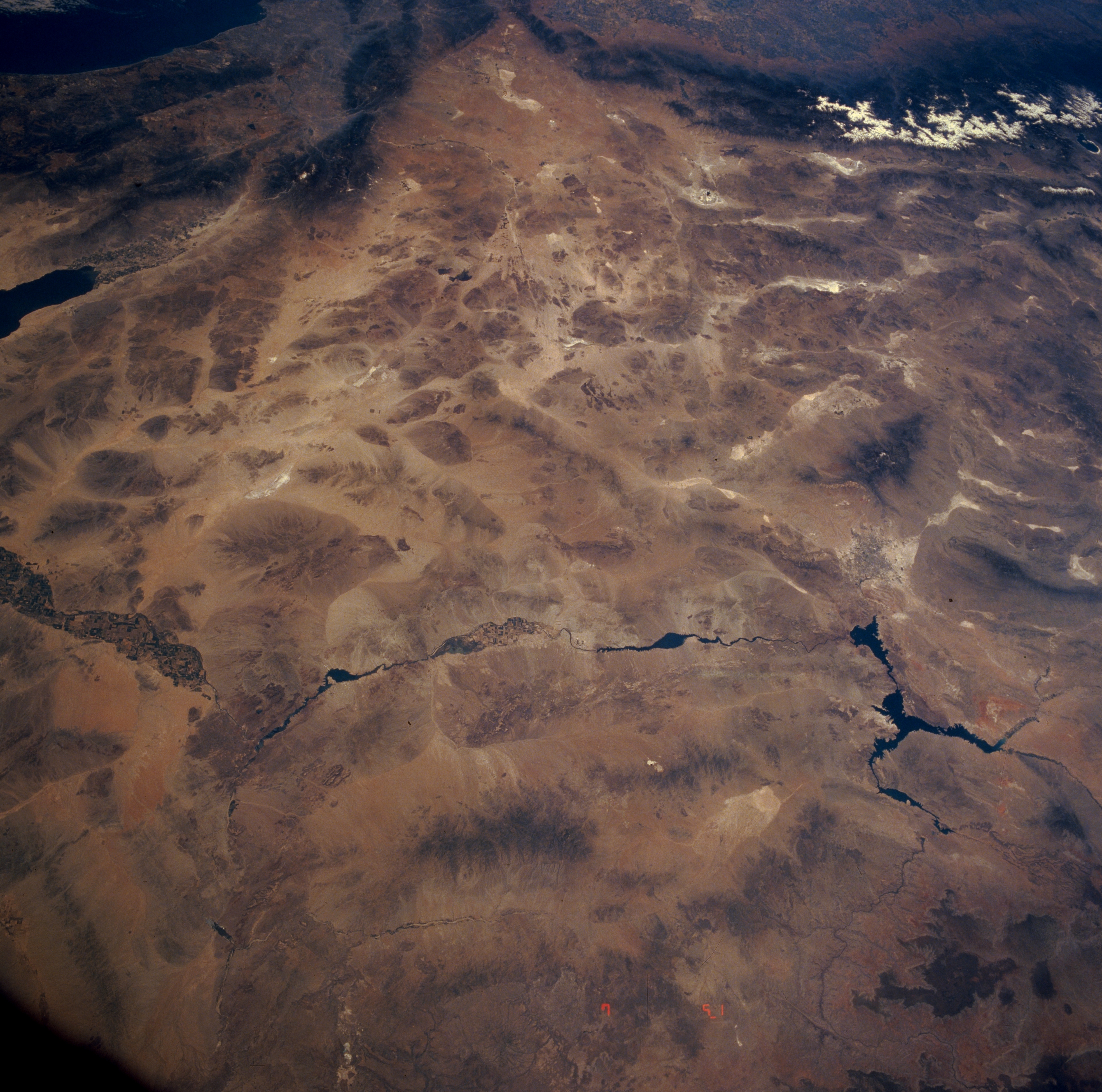 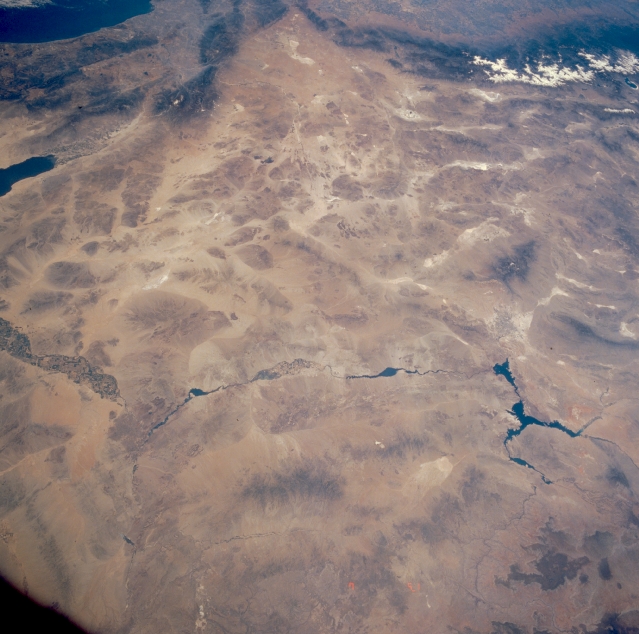 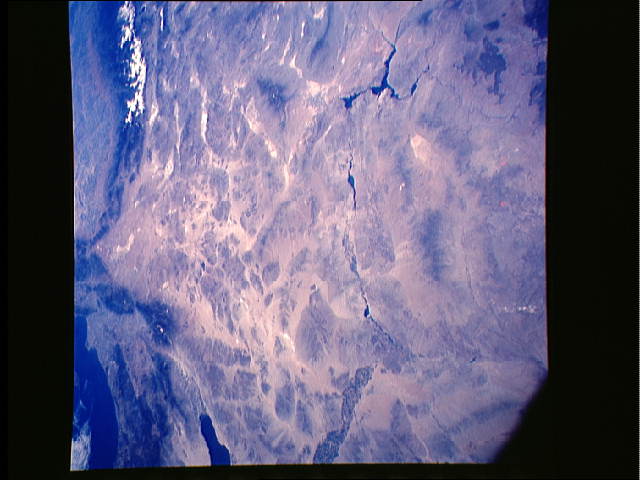 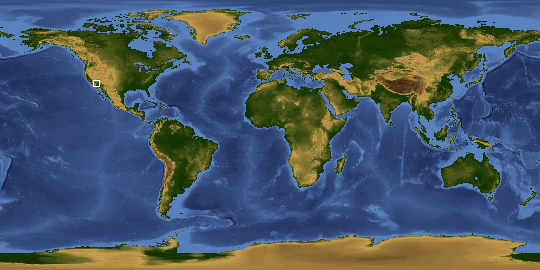 Other options available:
Download Packaged File
Download a Google Earth KML for this Image
View photo footprint information
Image Caption: STS040-614-003 Mojave (Mohave) Desert and Colorado River, Arizona, California, and Nevada, U.S.A. June 1991
This west-looking, low-oblique photograph shows a portion of the southern Great Basin of the United States. Visible near the center of the photograph is the great expanse of the Mojave (Mohave) Desert, a region of flat valleys and low, barren mountains with altitudes of 5000 feet (1525 meters). The desert, covering 15 000 square miles (38 850 square kilometers), was part of an ancient, interior sea and was formed by volcanic action and material deposited by the Colorado River. The Mojave, shadowed by the Coast Ranges, receives an average annual rainfall of 5 inches (13 centimeters), most of which occurs during the winter months. Juniper and Joshua trees live on the higher slopes, while desert vegetation and numerous intermittent lakes and streams are present in the valleys. Minerals found in the desert include borax and other salines, gold, silver, and iron. Near the western edge of the photograph, the dry bed of Rogers Lake, the landing site of the Space Shuttle, can be seen. The lower Colorado River, from Lake Mead (near the northern edge of the photograph) to near Yuma, is visible. The Colorado River, 1450 miles (2333 kilometers) long, rises in the Rocky Mountains of northern Colorado and flows generally to the southwest, emptying into the Gulf of California. Today, hardly any water passes through the lower reaches of the Colorado River unless a valve is opened. The Colorado River system of dams and reservoirs controls floods, generates sizable amounts of electricity, provides irrigation and municipal supplies of water, and supports an important recreation industry. Controversies over water rights on the Colorado have long raged between the United States and Mexico, as well as among the bordering states. Treaties and compacts now regulate the river's use.