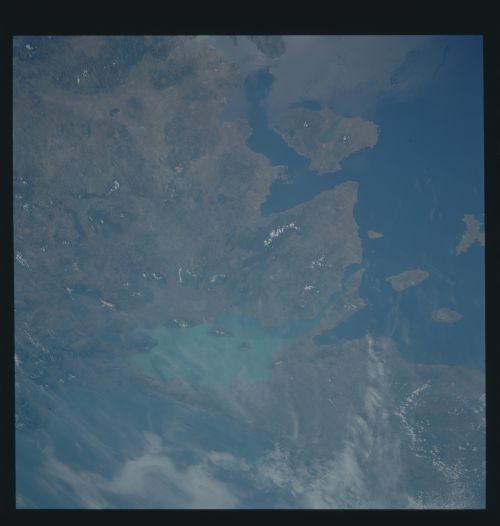 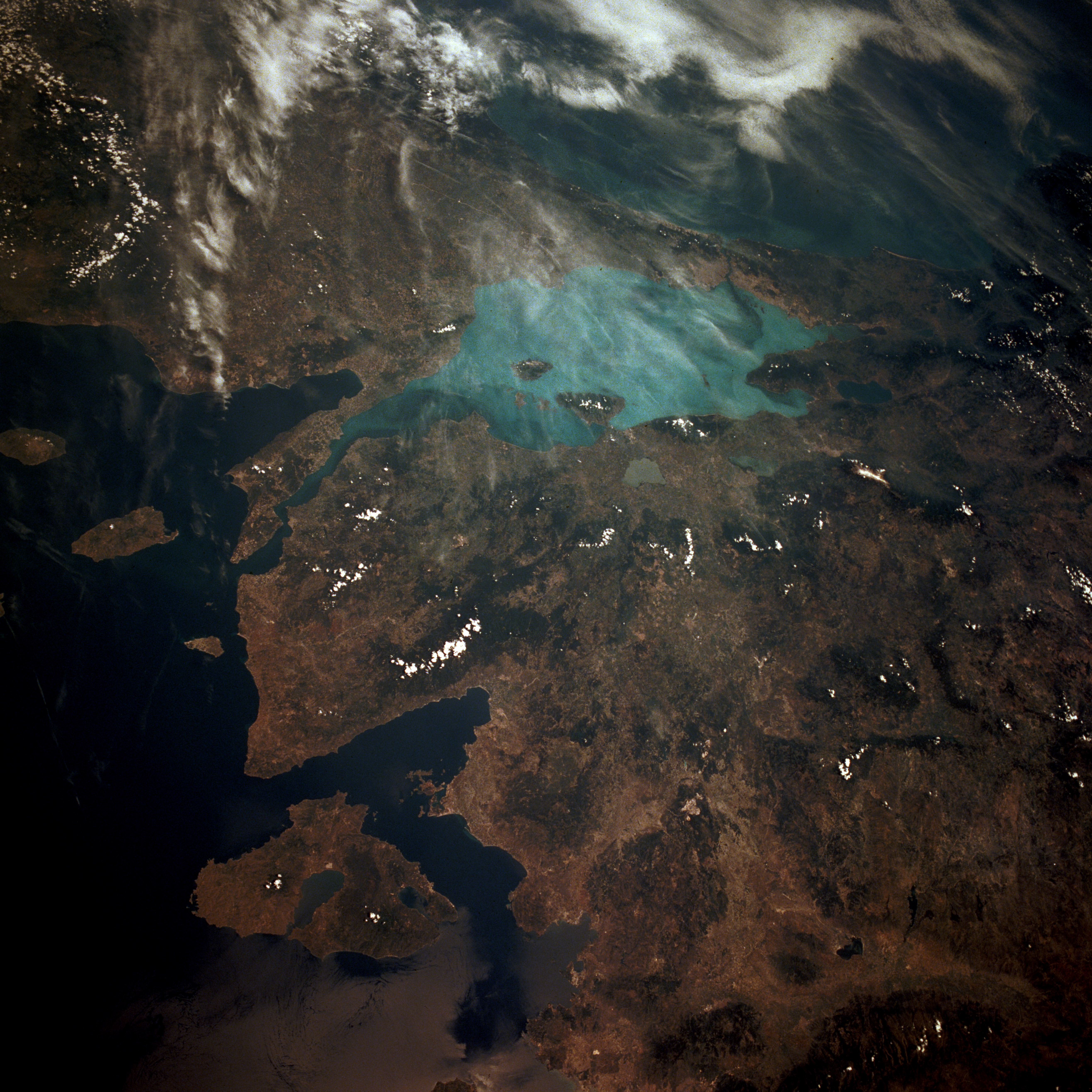 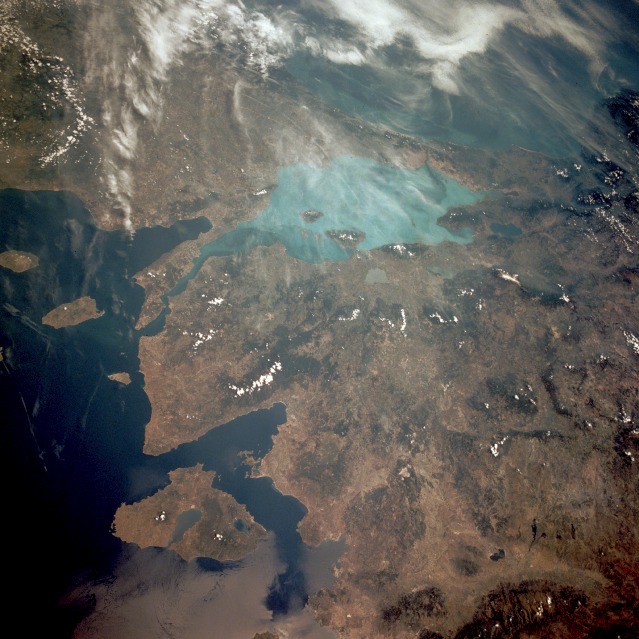 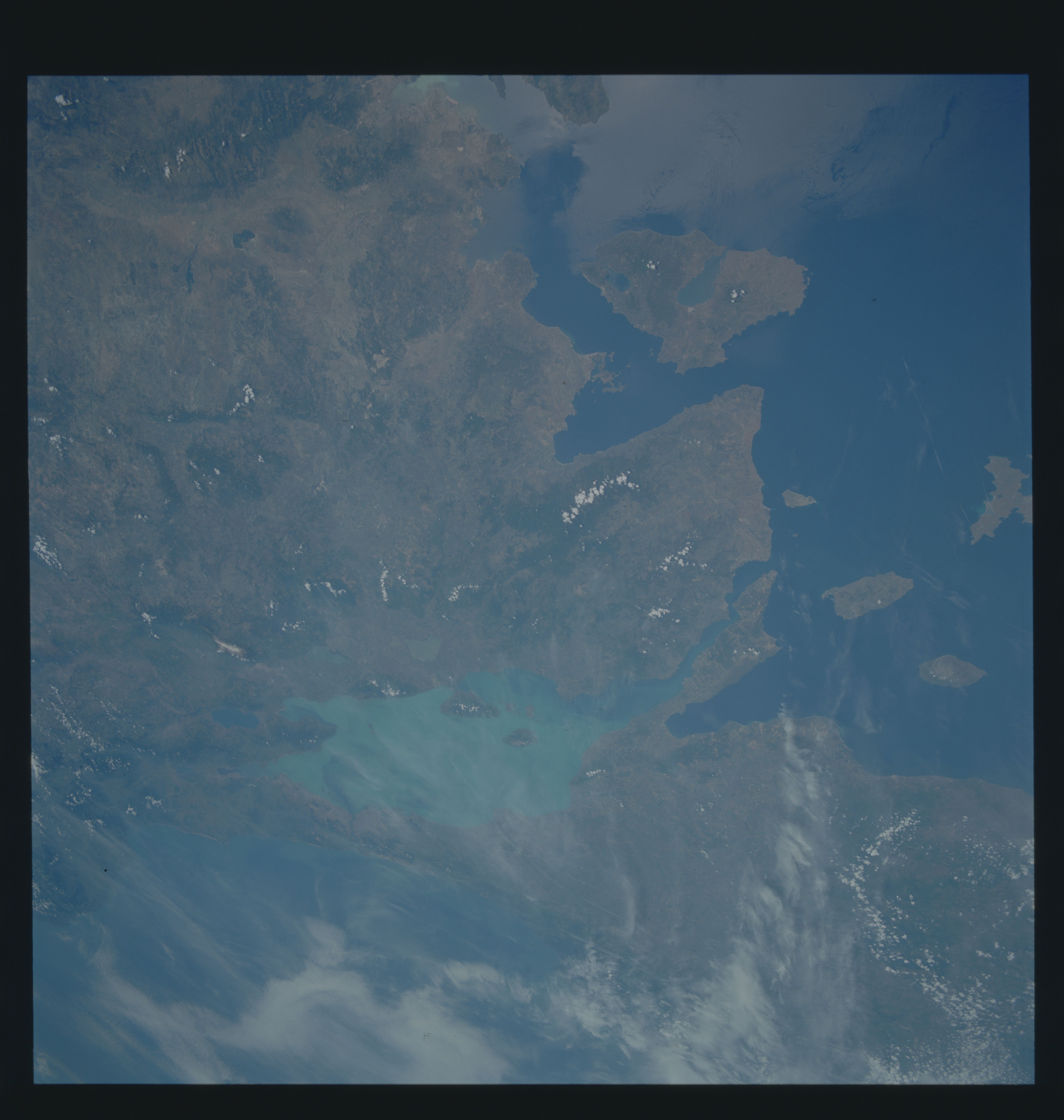 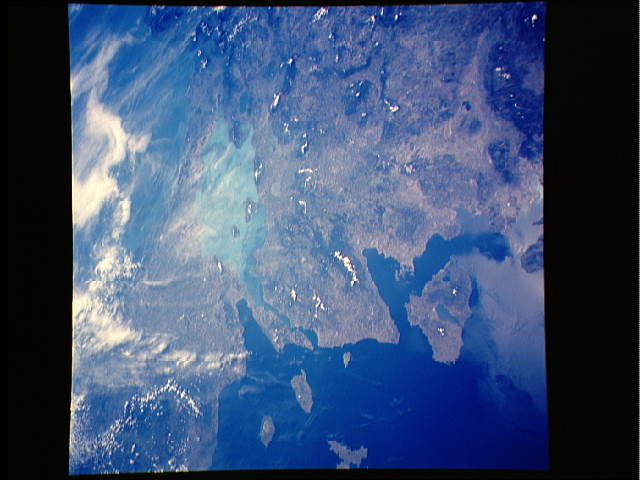 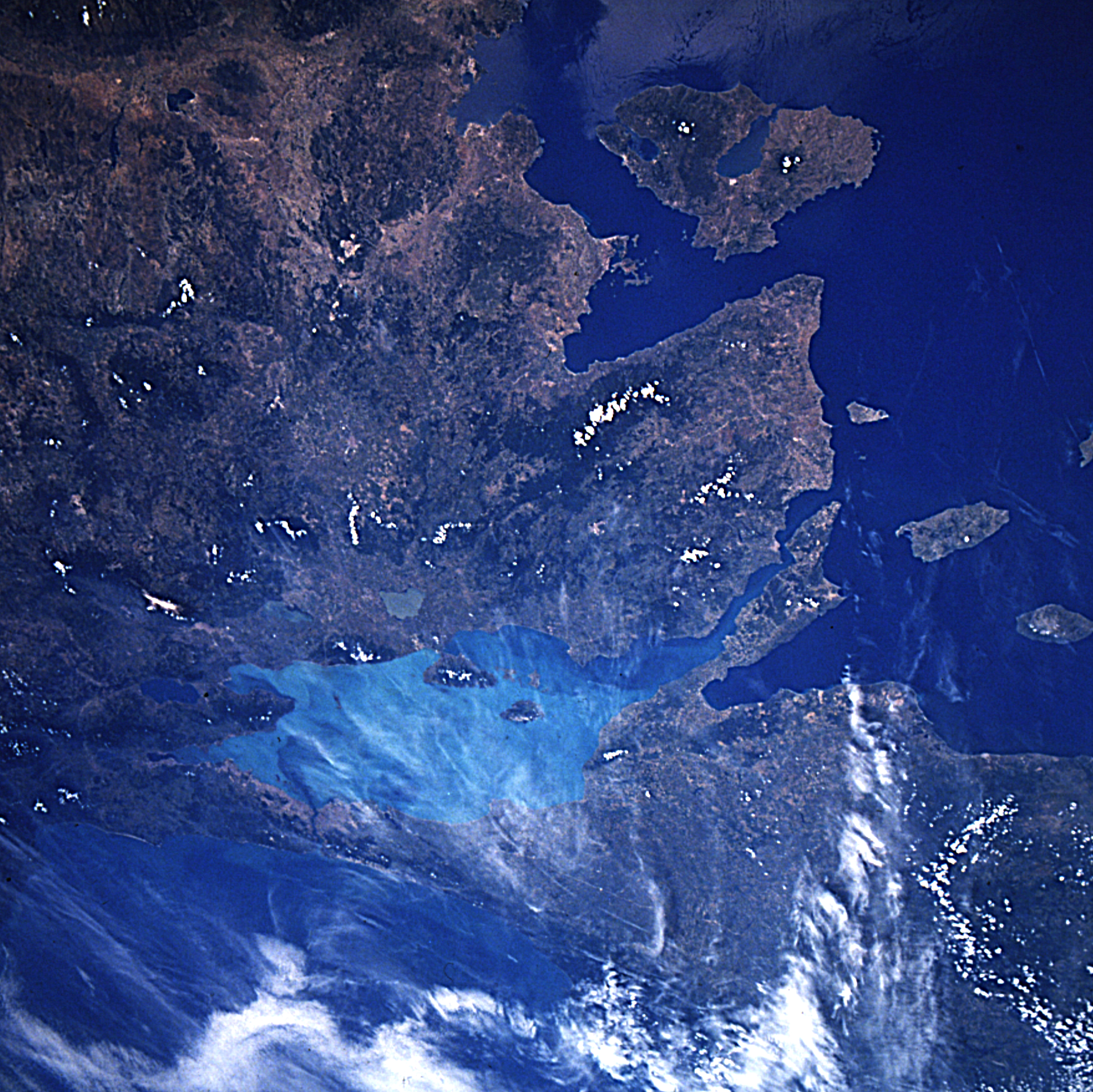 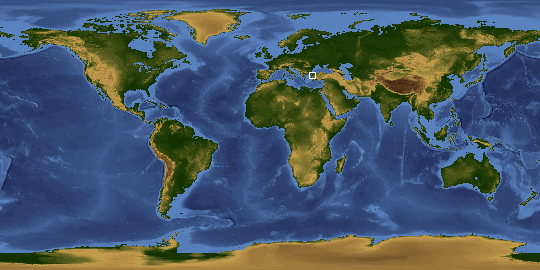 Turkey has little irrigable, flat land and these agricultural lands lie in the few major valleys of western Turkey near the sea, visible in this view. The island of Lesbos appears in the Aegean Sea bottom left, and the Gediz River valley across the bottom right edge of the view.

The Galipoli Peninsula top left, lies at the southern outlet of the Sea of Marmara (light blue waterbody, top center, derived from the calcium carbonate content of rivers flowing off western Turkey). The 19-mile-long Bosporus waterway separates Europe from Asia: it appears, top, as a narrow break in the land bridge which divides the Sea of Marmara from the Black Sea (top). Istanbul (Constantinople), the ancient capital of the Eastern Roman Empire, is Turkey's modern center of commerce. European Turkey appears top left.