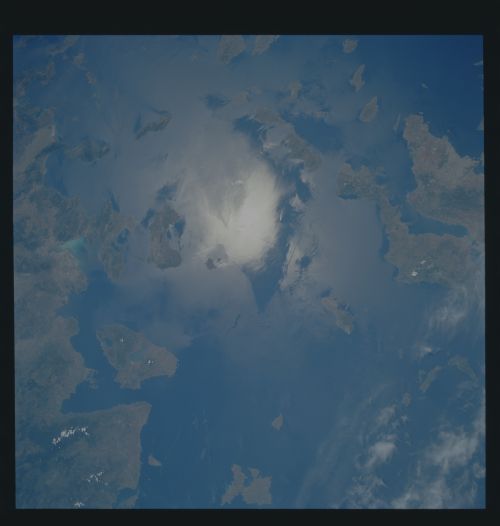 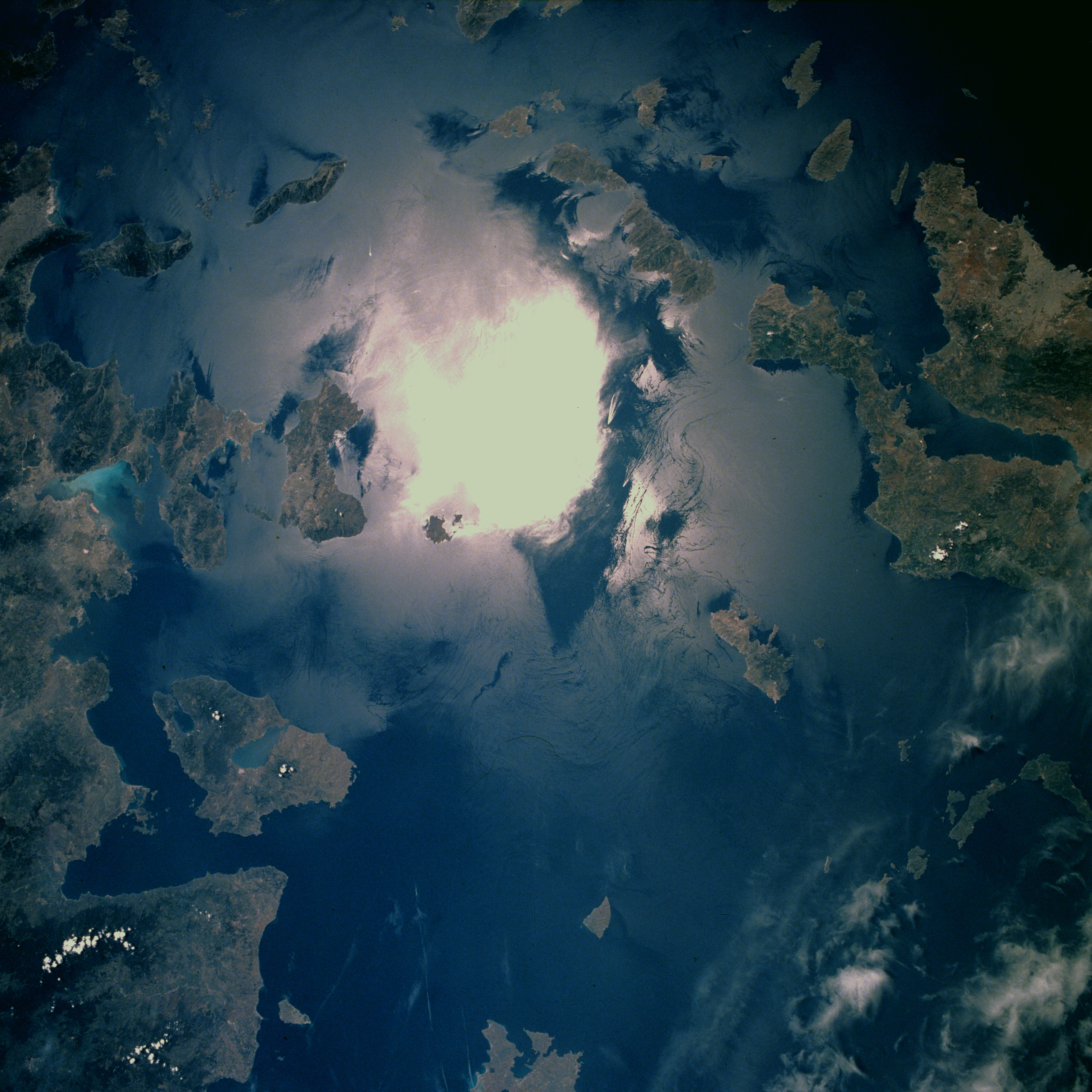 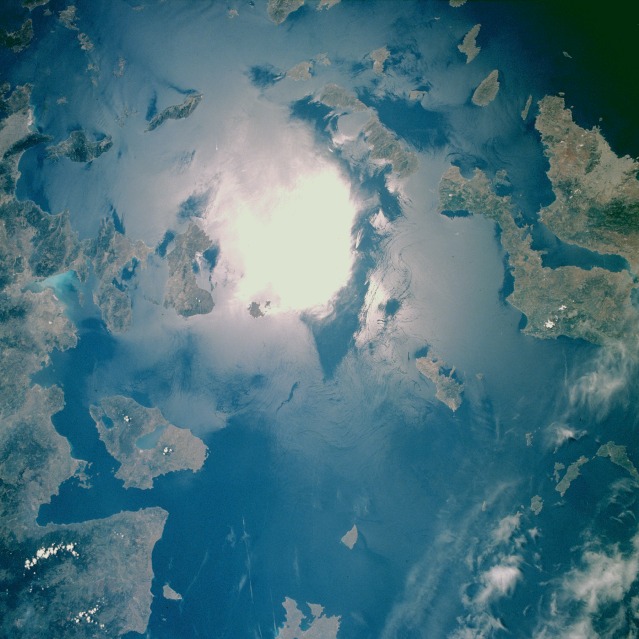 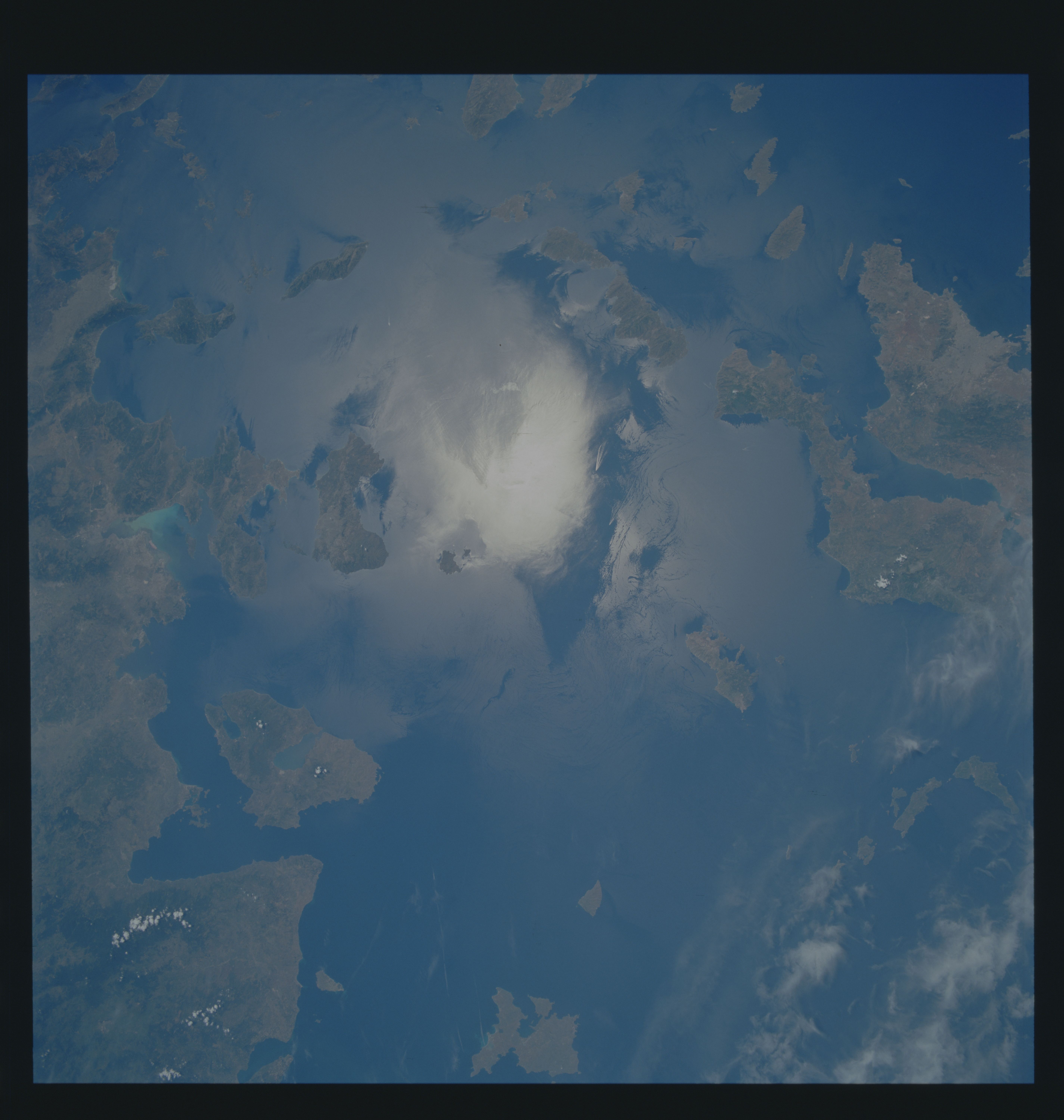 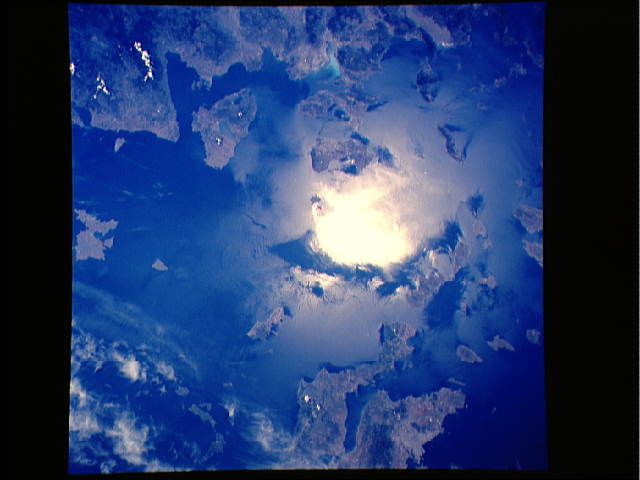 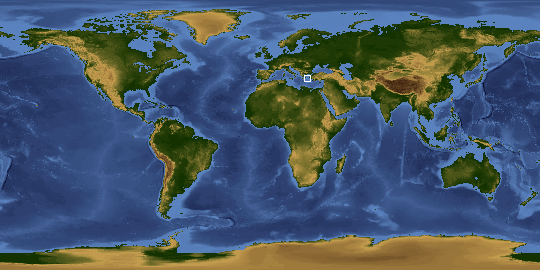 Other options available:
Download Packaged File
Download a Google Earth KML for this Image
View photo footprint information
Image Caption: STS040-610-049 Aegean Sea June 1991
The highly reflective white area near the middle of the photograph is sun glitter, a result of the sun's reflection from the surface of the sea. Sun glitter provided an excellent opportunity to map the surface dynamics of the water, including water current patterns produced by the wind and two ship wakes near the center of the photograph. Viewing clockwise from the southeast Aegean Sea are several Greek islands--the Dodecanese group, with Rhodes (not in this photograph) as its administrative center; the Cyclades group; and Lesbos, the larger island that is notched from the south into the center by the Gulf of Kallonis. The Aegean Sea is flanked on the east by the mountainous coastal area of Turkey and on the west by the mountainous peninsulas and Euboea Island of Greece. Athens is barely discernible along the southern coast of the large peninsula on the western edge of the photograph. (Refer to STS-040-610-050 to see the area immediately northeast of this frame; Lesbos is a common landmark in both photographs.) Note: This caption refers to "Earth From Space collection" version of the image.