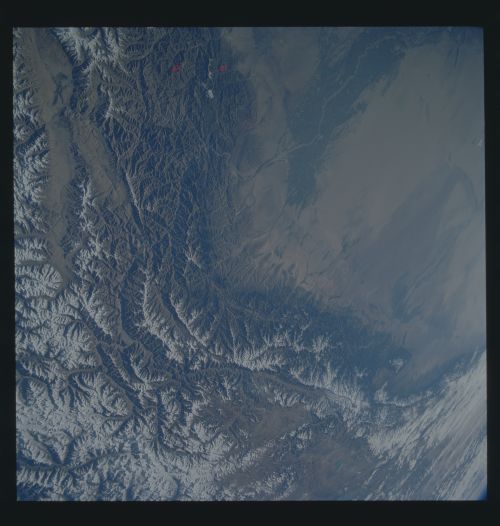 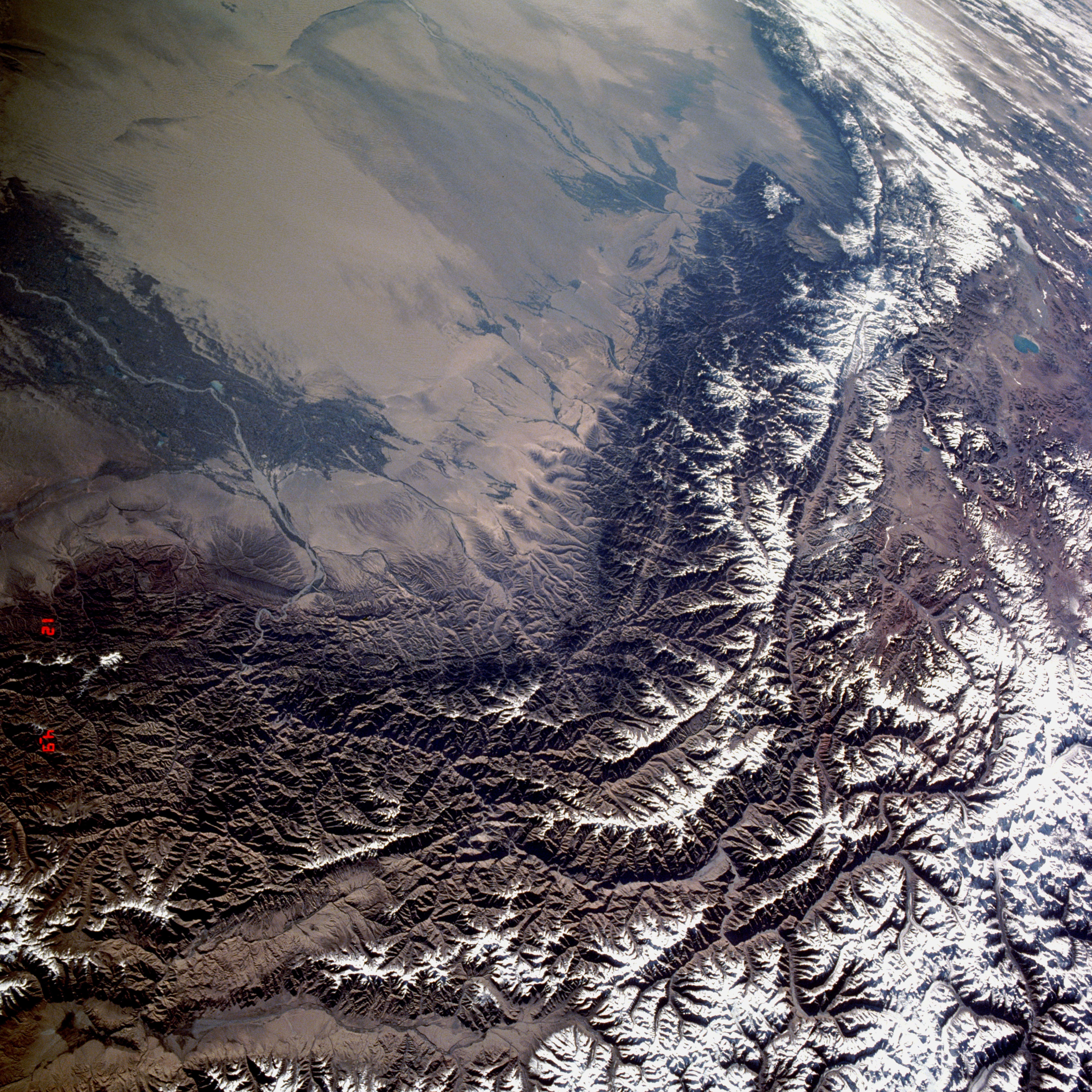 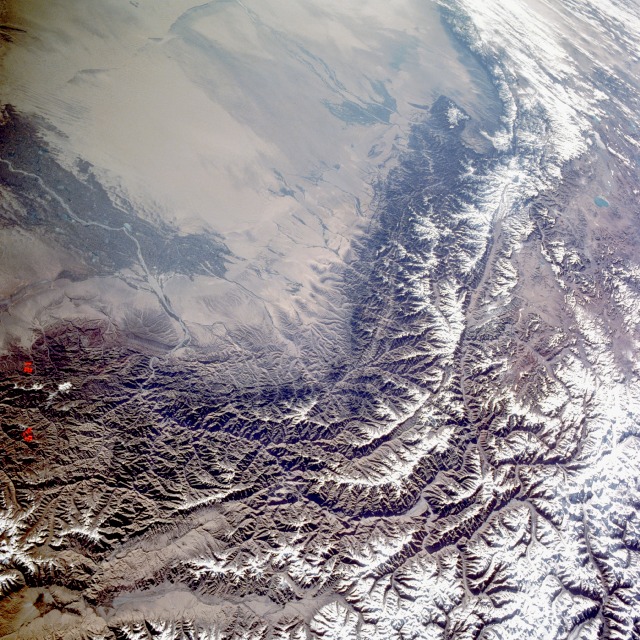 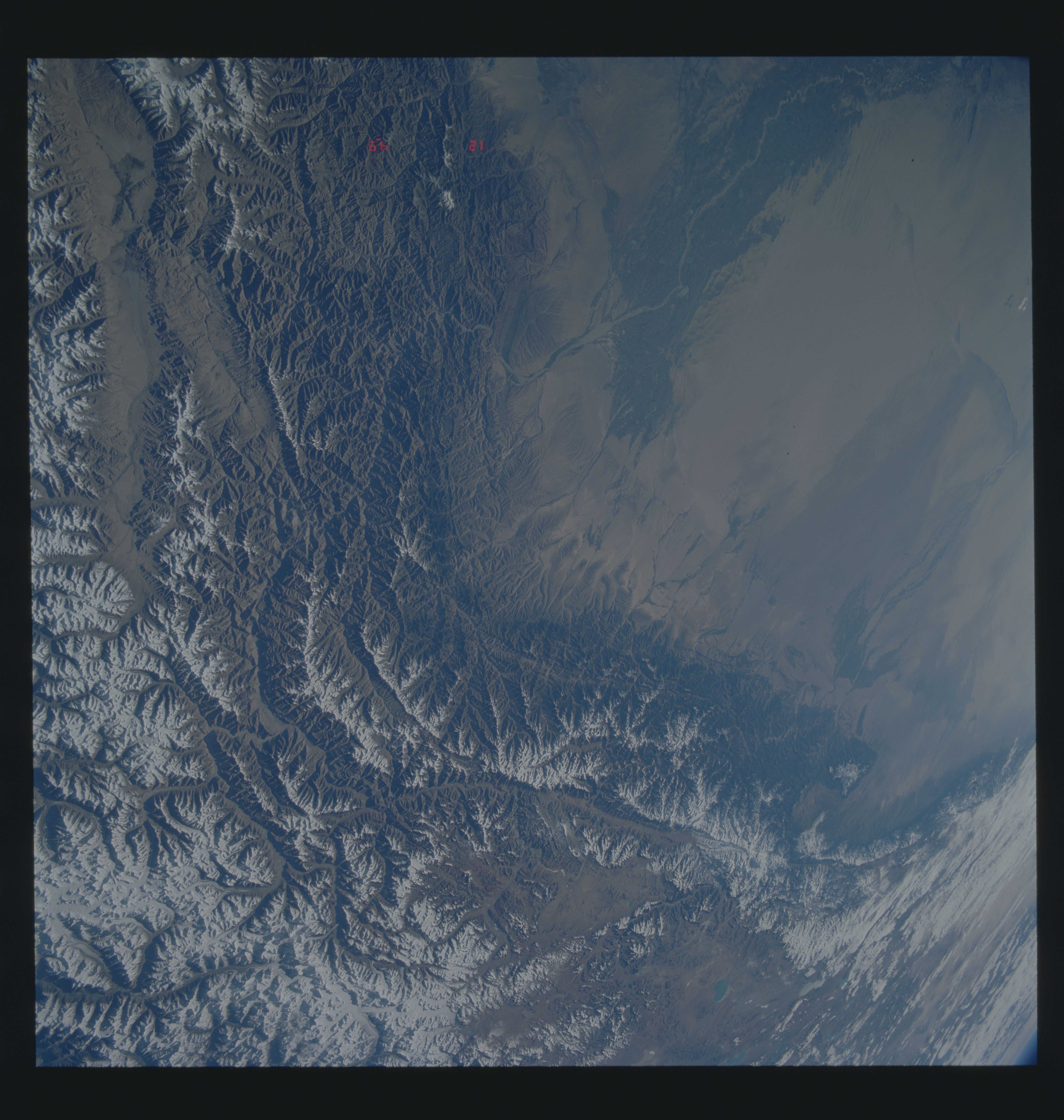 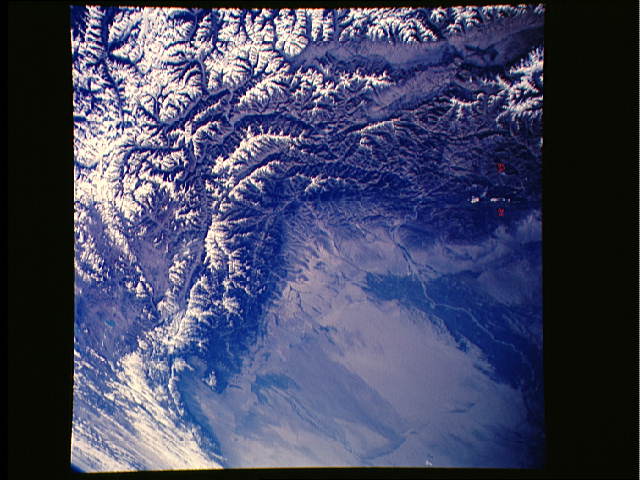 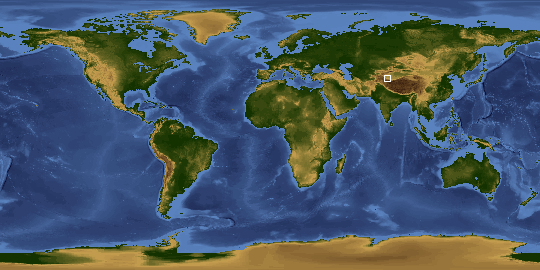 Other options available:
Download Packaged File
Download a Google Earth KML for this Image
View photo footprint information
Image Caption: STS040-609-024 Kunlun Mountains and Tarim Basin, China June 1991
The western Kunlun Mountain Range, higher and narrower than the eastern range, and the southern Tarim Basin are visible in this spectacular, east-looking, low-oblique photograph. The Kunlun Mountains extend generally eastward from the Pamir Mountains (northwest of the area pictured in the photograph) for about 1800 miles (2880 kilometers) between the Tibetan Plateau to the south and the Tarim Basin to the north. For most of this distance, the mountains form a north and south double system of ranges, separated by a belt of depressions. The largely inaccessible and uninhabited Kunlun Mountains average 20 000 feet (7000 meters) in elevation, similar to the Himalayas, but contain fewer outstanding peaks. The mineral wealth of the Kunlun Mountains is largely unexplored. The Tarim Basin, a large depression approximately 900 miles (1550 kilometers) long and 300 miles (500 kilometers) wide, is surrounded on three sides by towering mountain ranges. Beneath the belt of gravel along the foot of the mountain ranges, ground water forms from seepage of surface waters fed by mountain snowmelt. At lower elevations is a concentrate belt of finer deposits where ground water irrigates oases (visible in the photograph along the Yarkant River) that have been inhabited by farmers and nomads since ancient times. Visible near the tan northeast portion of the photograph is the Takla Makan, one of the world's driest deserts, with shifting sands interrupted only by patches of clay. One of the many routes of the Silk Road between China and Europe passed through the southern part of the Tarim Basin north of the Kunlun Range.