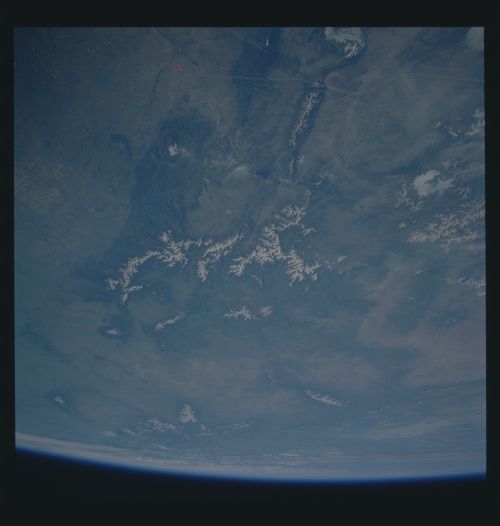 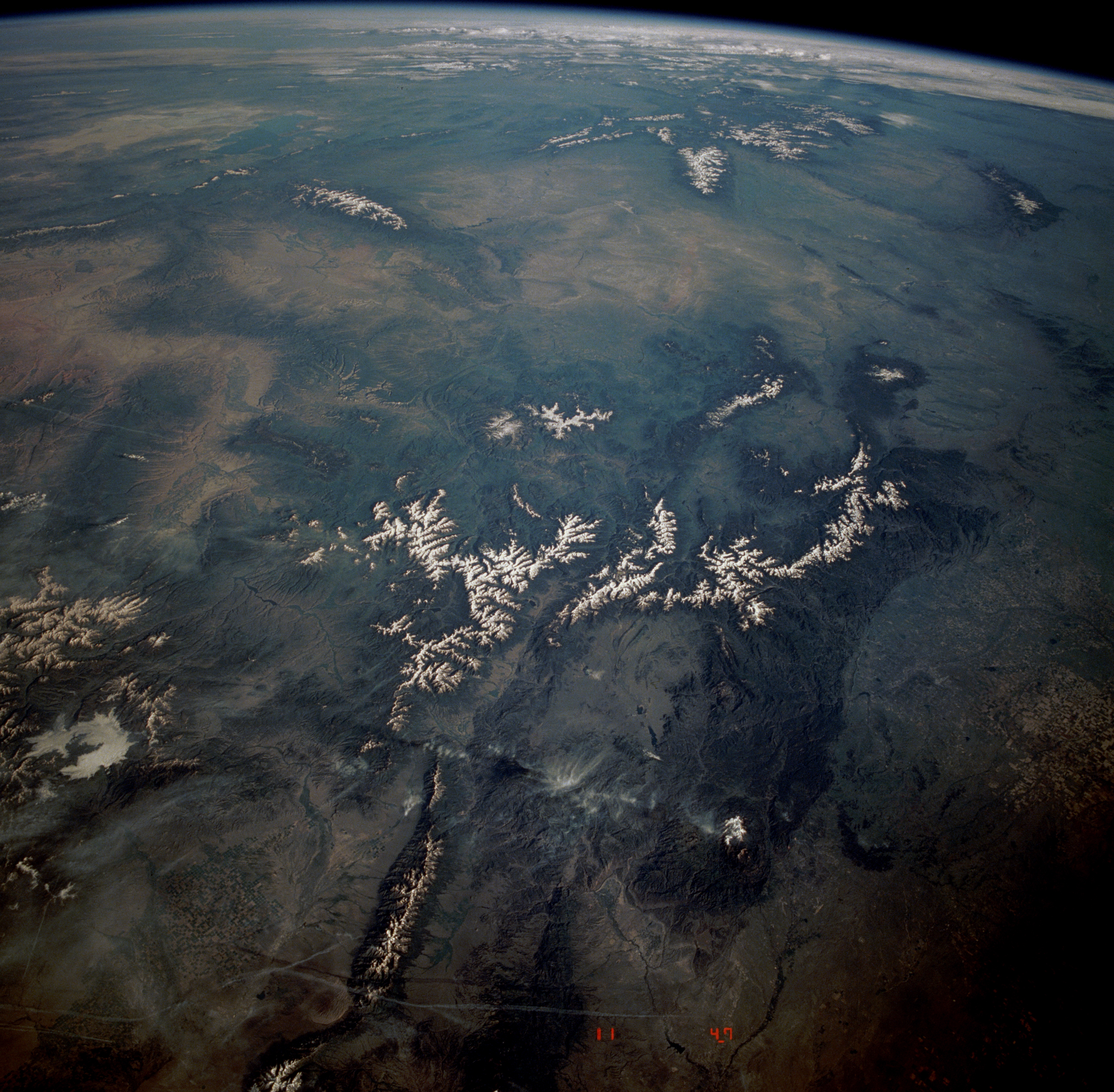 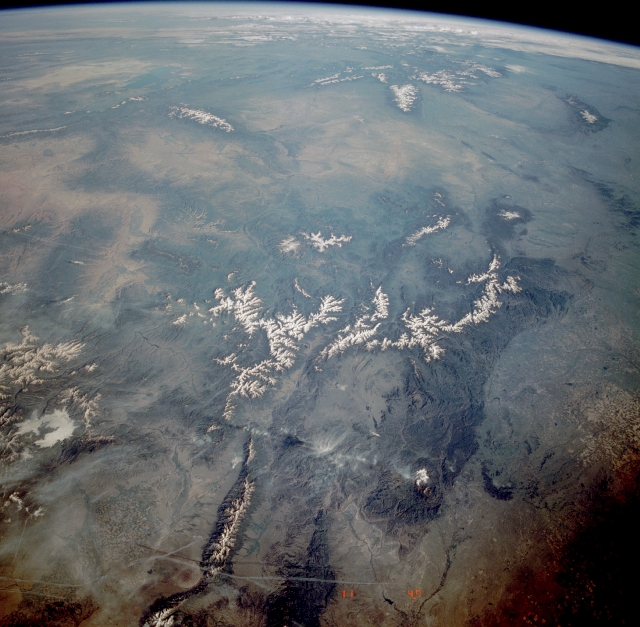 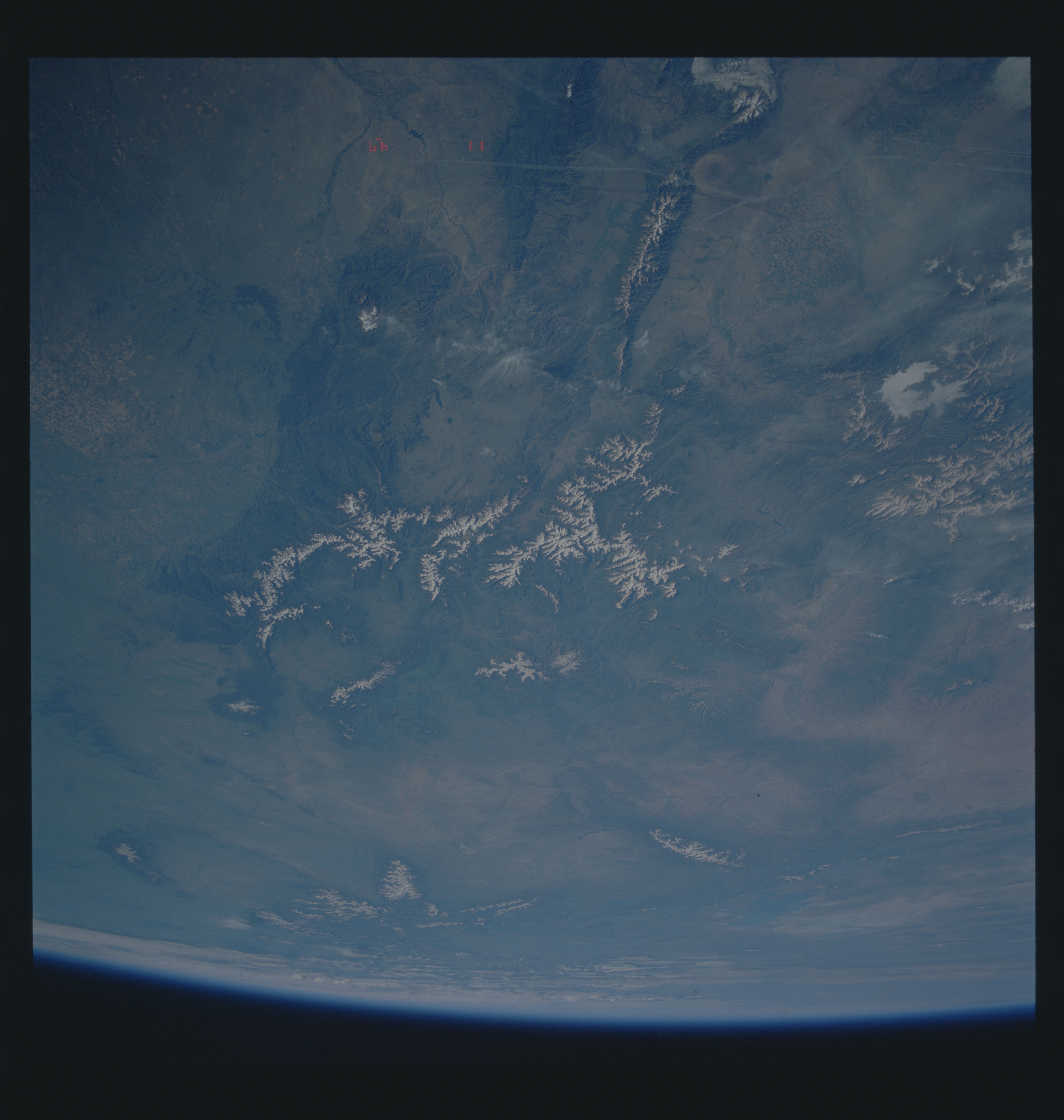 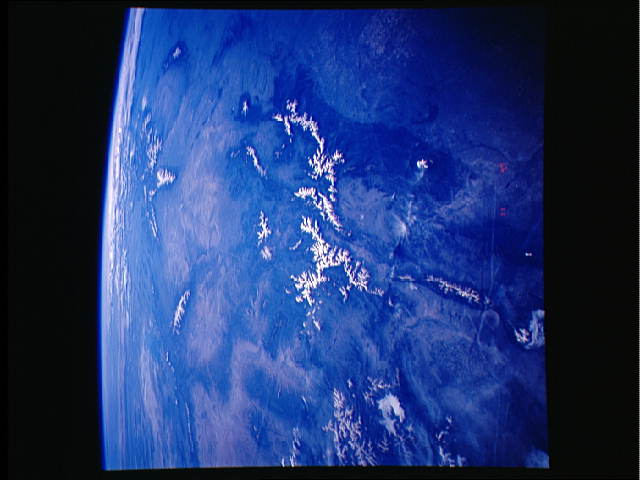 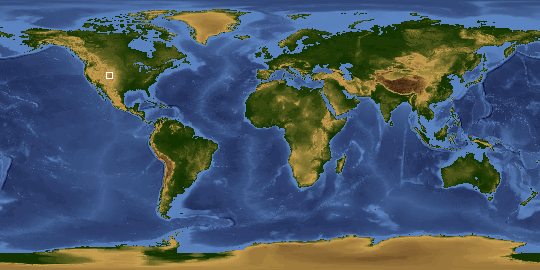 Other options available:
Download Packaged File
Download a Google Earth KML for this Image
View photo footprint information
Download a GeoTIFF for this photo
Image Caption: STS040-604-11 Central Rocky Mountains, Colorado, U.S.A. June 1991
The snow-capped, central Rocky Mountains are the focus of this northwest-looking, high-oblique photograph. Most of the snow-capped peaks in this photograph are at least 9000 feet (2700 meters) above sea level, with many of the taller peaks exceeding 13 000 feet (3900 meters). The Great Salt Lake and the Bonneville Salt Flats can be seen toward the upper left corner of the photograph. The Great Divide Basin is northwest of the Rocky Mountains. Major snow-capped mountains, including the Uinta Mountains, the Wind River Range, and the Bighorn Mountains, are visible northwest, north, and northeast, respectively, of the Great Divide Basin. The north-south trending mountain range near the bottom of the photograph is the Sangre de Cristo Range. Immediately west of the Sangre de Cristo Range is the San Luis Valley where center-pivot irrigation is used extensively for agriculture. East of the Sangre de Cristo Range, just south of Pikes Peak, the Arkansas River begins its long journey from the foothills of the Rocky Mountains to the Mississippi River south of Memphis, Tennessee. Although the street patterns of Denver (east of the mountains near the right-hand side of the photograph) and Colorado Springs (east of Pikes Peak and south of Denver) are not visible, the general areas of these cities can be identified. Large agricultural field patterns are visible east of Denver along the edge of the photograph.