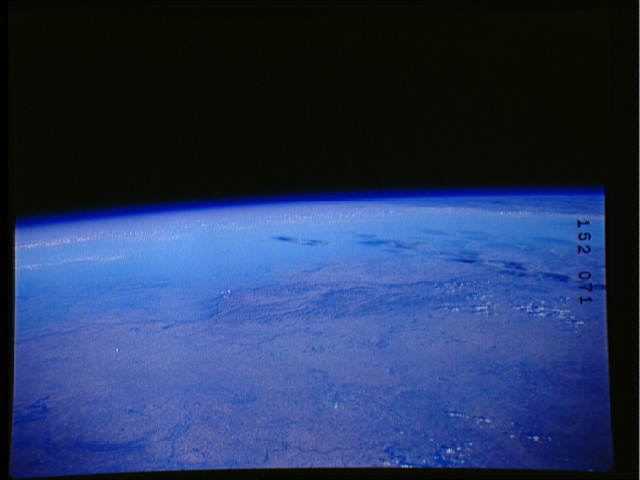 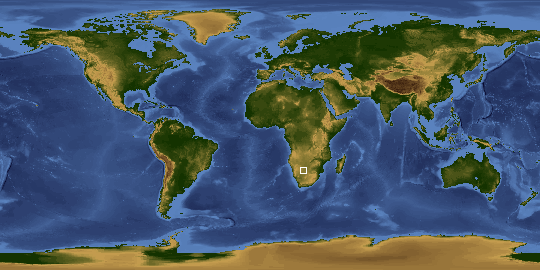 Other options available:
Download Packaged File
Download a Google Earth KML for this Image
View photo footprint information
Image Caption: STS040-152-71: Panorama from the central plateau of South Africa to the Great Continental Escarpment (Lesotho).
Maize farms of the Orange Free State province appear in the foreground. The mountainous Kingdom of Lesotho "southern Africa's Switzerland" appears in the middle ground, where peaks along the continental divide reach to 10,000 and 11,000 feet. Natal province is mainly obscured in the distance, as is the coastline which is often easily visible from this vantage point. A multibillion-dollar, multiyear project has just been launched to build several dams in the well-watered Lesotho Highlands to supply water to the rapidly expanding Witwatersrand megalopolis (just outside photograph, bottom left). Connected by a network of tunnels, these dams will direct water into rivers which flow north to the mines. The Sterkfontein dam/lake near the escarpment (left center) is an older dam built to supply the gold mines with water. It presently receives water pumped thousands of feet upwards from rivers on the low side of the escarpment.