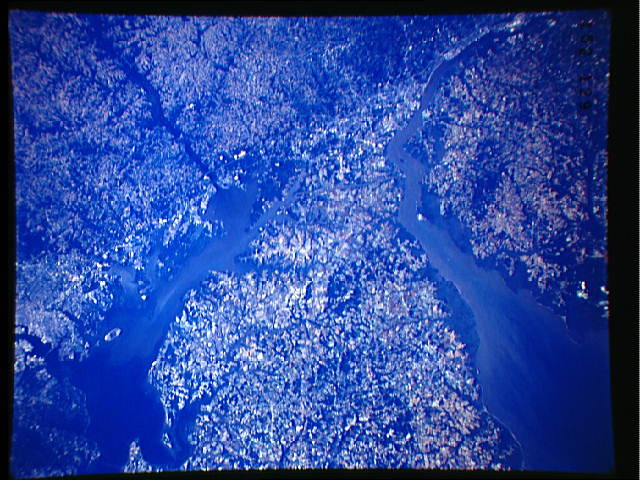 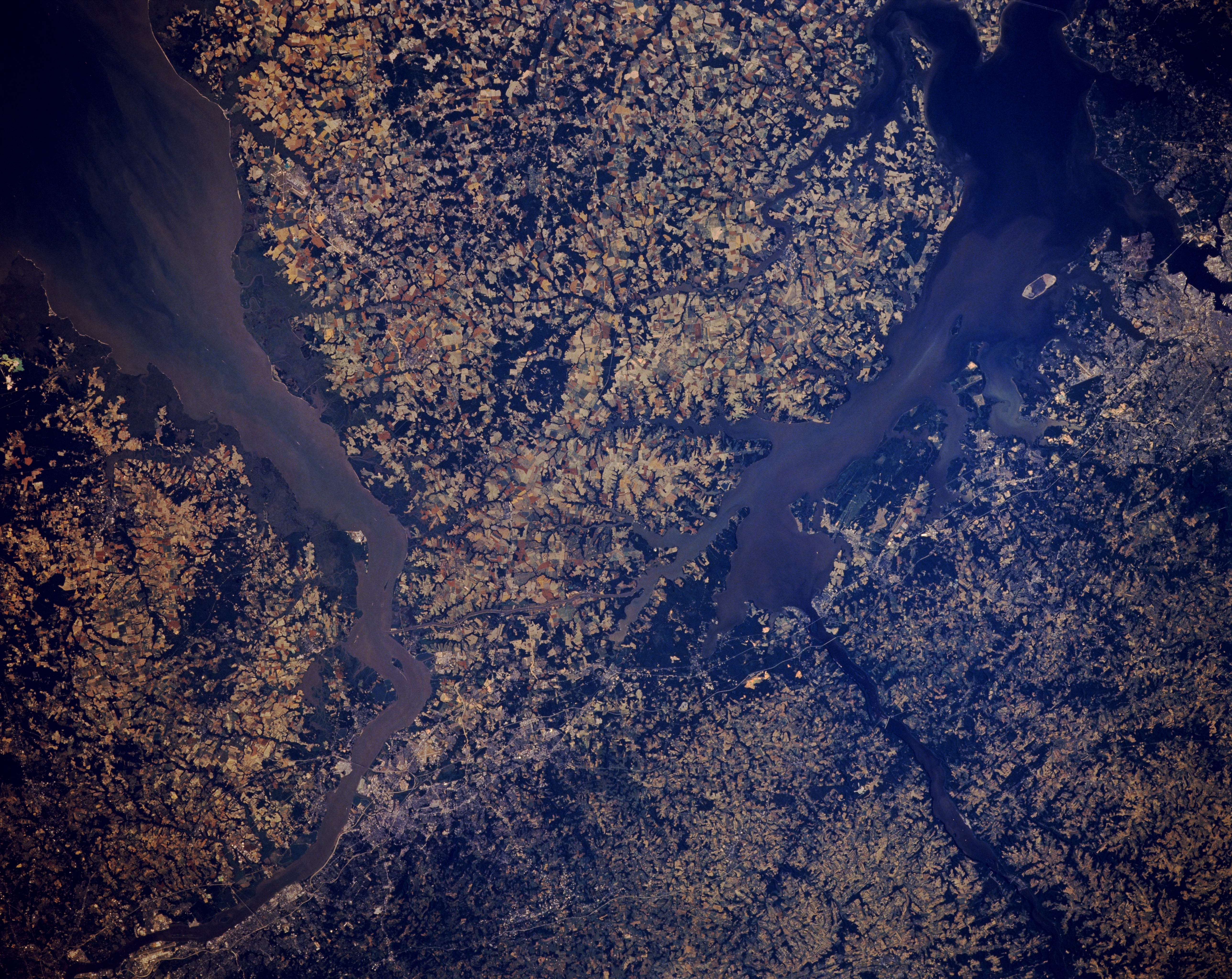 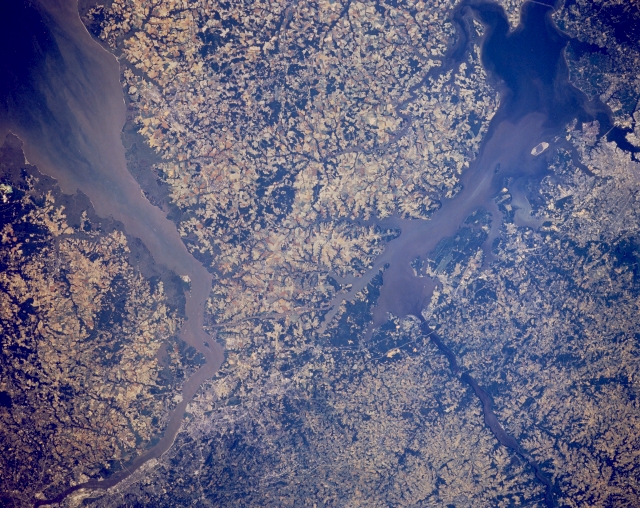 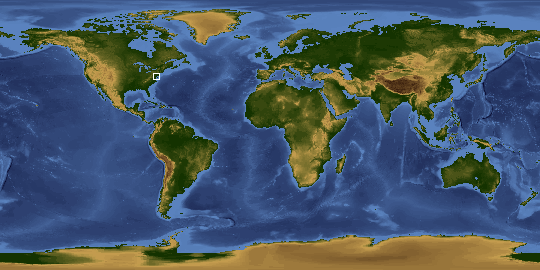 Other options available:
Download Packaged File
Download a Google Earth KML for this Image
View photo footprint information
Image Caption: STS040-152-129 Wilmington Area, Delaware, U.S.A. June 1991
Parts of four states (Delaware, Maryland, Pennsylvania, and New Jersey) are viewed in this synoptic north-looking view of the northern end of the Chesapeake Bay (sediment laden water body on the left) and the mouth of the Delaware River (sediment plumes visible on the right side of the image) as it empties into Delaware Bay. The mouth of the southeasterly flowing Susquehanna River is easily identified as the river flows into the northern end of Chesapeake Bay. The Chesapeake and Delaware Canal, a man made waterway that connects these two bays (east-west aligned, linear feature), is barely discernible slightly above the center of the picture. The small scale of the image precludes a detailed identification of man made features; however, small sections of Interstate Highway 95 between Philadelphia and Baltimore can be traced along the northwest side of Chesapeake Bay. The Philadelphia International Airport runway (linear, light colored feature) can be identified along the north side of the Delaware River (upper right corner of the image) and the Frances Scott Key Bridge can be observed over Baltimore Harbor (along lower left edge of the image). The lighter colored terrain shows areas predominately used for agriculture and the darker landscape shows wooded areas. Many of the wooded areas are aligned with the drainage patterns, thereby helping to map smaller creeks and streams.