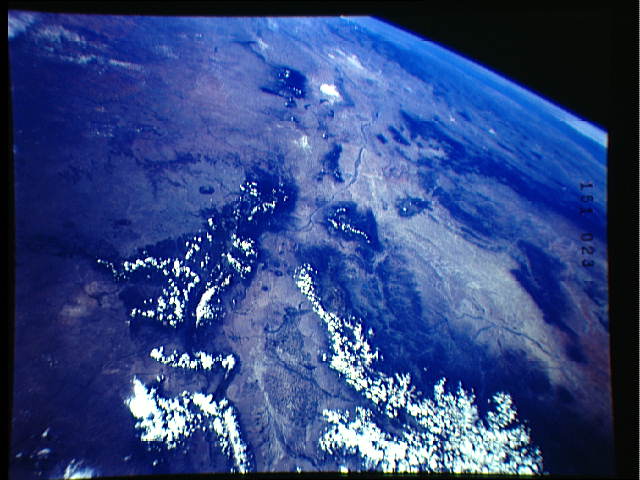 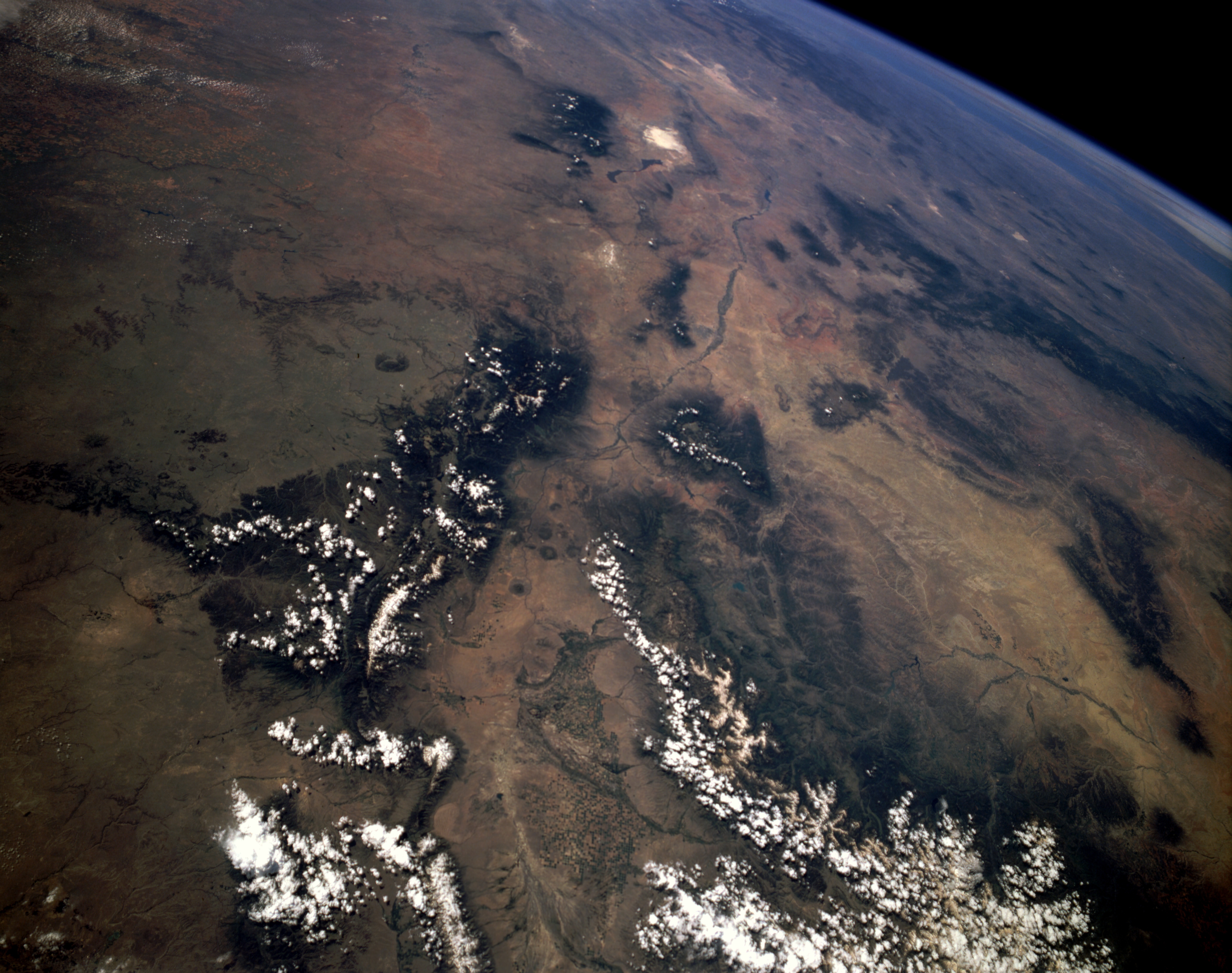 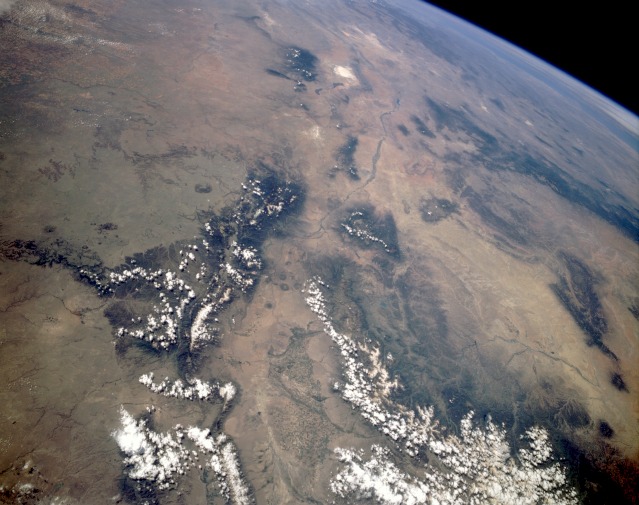 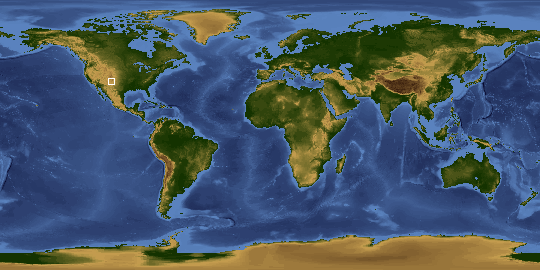 Other options available:
Download Packaged File
Download a Google Earth KML for this Image
View photo footprint information
Image Caption: STS040-151-023 Southern Rocky Mountains, New Mexico, U.S.A. June 1991
This panoramic, south-looking photograph captures the physiographic relationship between the southern extent of the Rocky Mountains and the desert environment of south-central Colorado and most of New Mexico. In this photograph, the Rio Grande Rift Valley can be traced from its source in the San Juan Mountains of Colorado, through the San Luis Valley, and then southward until it starts to bend southeast and runs through the same mountain pass in which El Paso, Texas, is located. In the bottom center of the photograph, hundreds of center-pivot irrigation field patterns are visible in the vicinity of Alamosa, Colorado. The wide Rio Grande Rift Valley is flanked by the Sangre de Cristo Range to the east and the San Juan Mountains to the west. Farther to the west, several tributaries of the San Juan River are visible near Farmington, New Mexico. As the Rio Grande flows south, it passes the city of Albuquerque, New Mexico, and White Sands National Monument (near the top center of the photograph). The large uniform-looking region to the east of the Sangre de Cristo Range is a plateau where water erosion is slowly creating several large canyons.