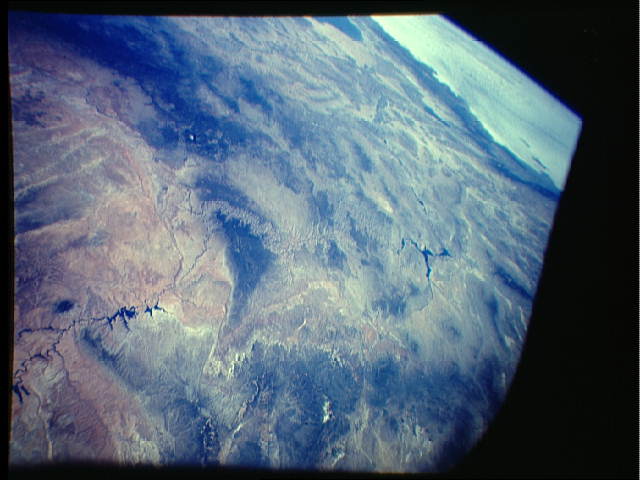 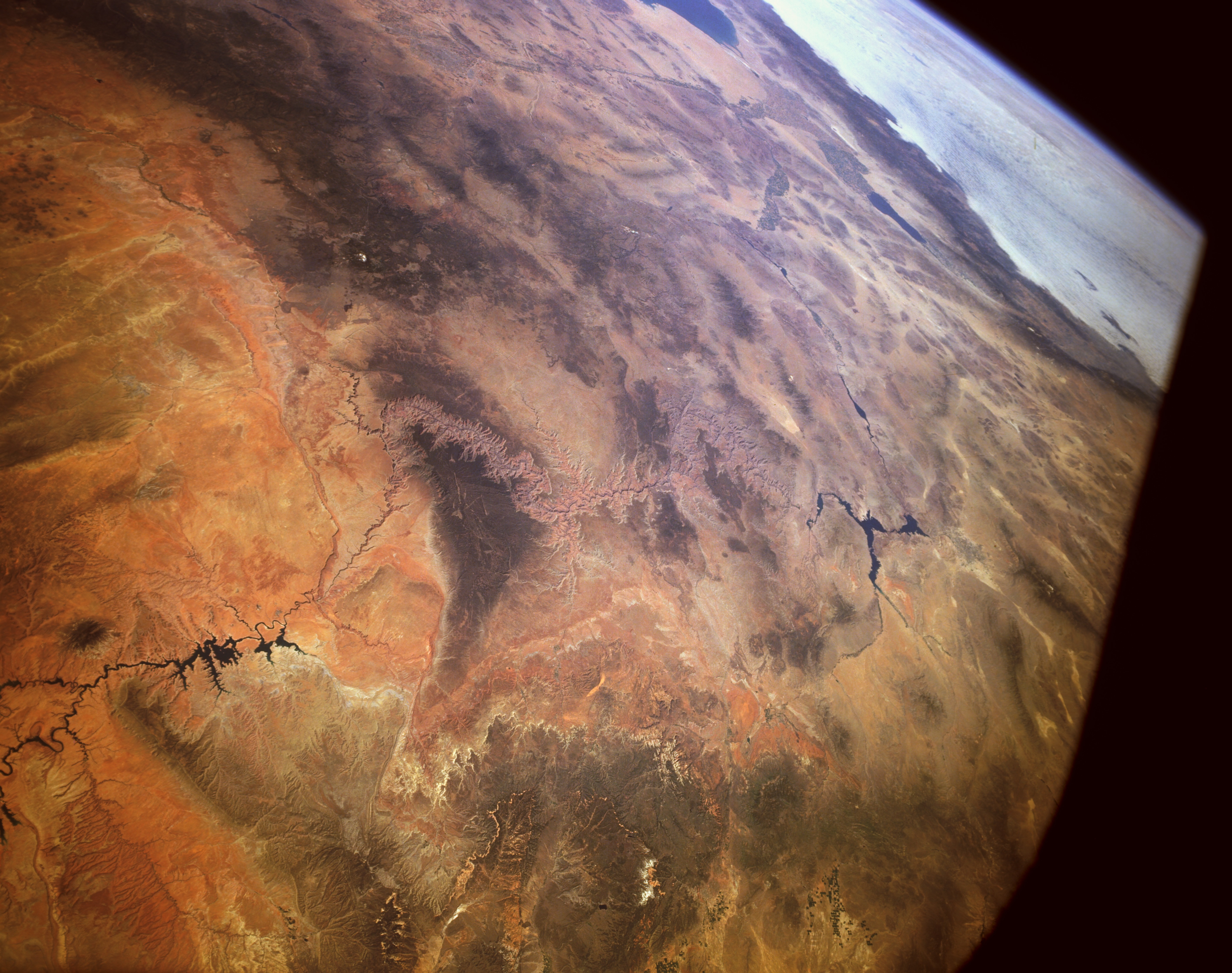 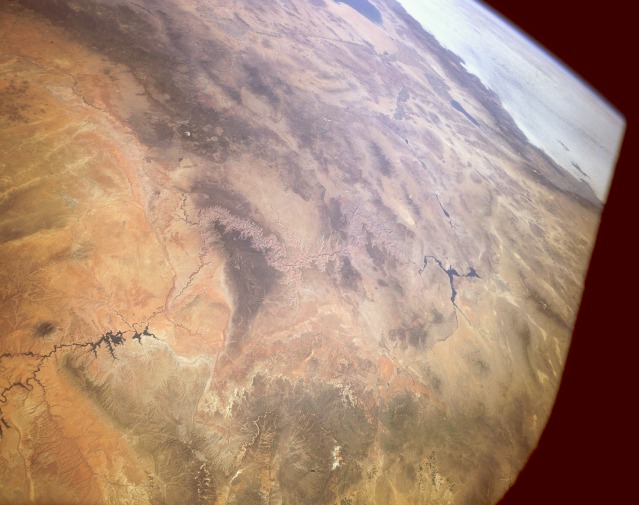 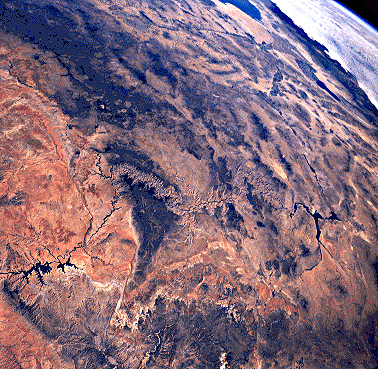 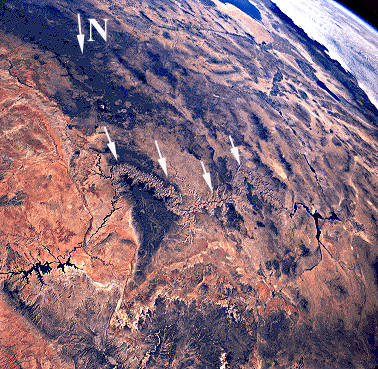 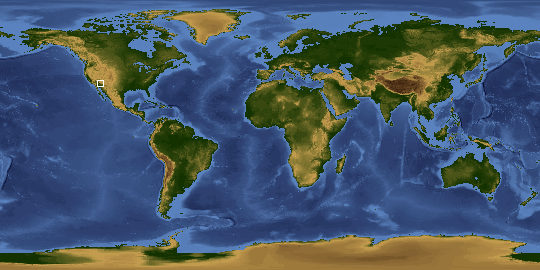 Other options available:
Download Packaged File
Download a Google Earth KML for this Image
View photo footprint information
Image Caption: STS040-151-014 The Grand Canyon of the Colorado River, Arizona, Utah, Nevada, and California, U.S.A. June 1991
The Grand Canyon can be seen near the center of this southwest-looking, high-oblique photograph. This panoramic view of the southwestern United States shows the course of the Colorado River as it traverses from Lake Powell in southern Utah, through the Grand Canyon, westward to Lake Mead in eastern Nevada, and then southward to Mexico and the Gulf of California. The dark forested areas on either side of the Grand Canyon are the Kaibab Plateau to the north and the Coconino Plateau to the south. Snow-covered Humphreys Peak of the San Francisco Peaks is visible south of the Coconino Plateau. Just south of the mountains is the tree-covered Mogollon Rim. The bright orangish-red sands of the Painted Desert can be seen east of the Grand Canyon. The forested Wasatch Mountain Range of southern Utah is visible north of the Kaibab Plateau. Southwest of Lake Mead, the Salton Sea and the Imperial Valley of southern California can be seen. West of the Salton Sea, clouds cover the Pacific Ocean.