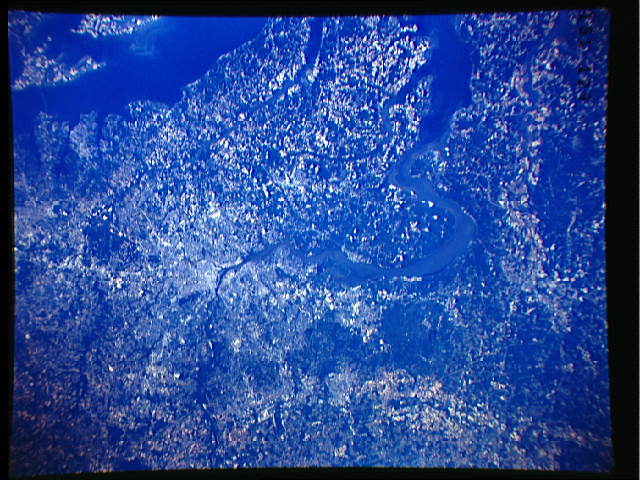 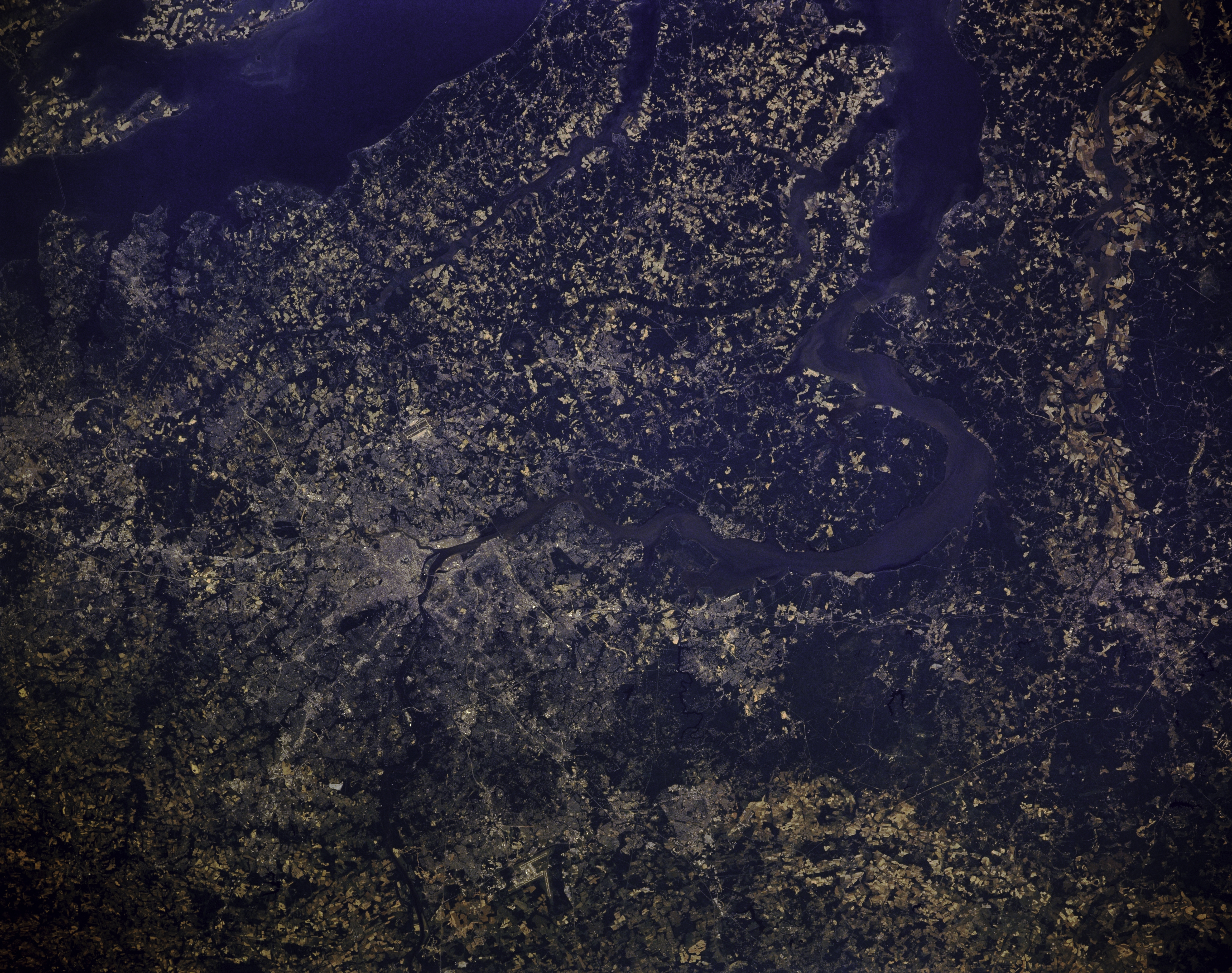 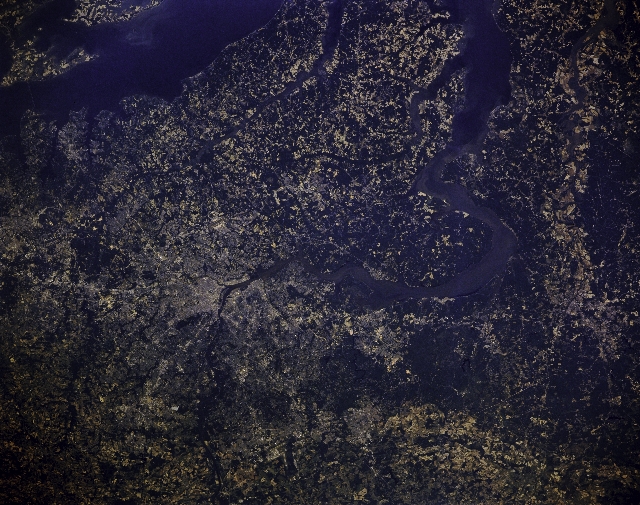 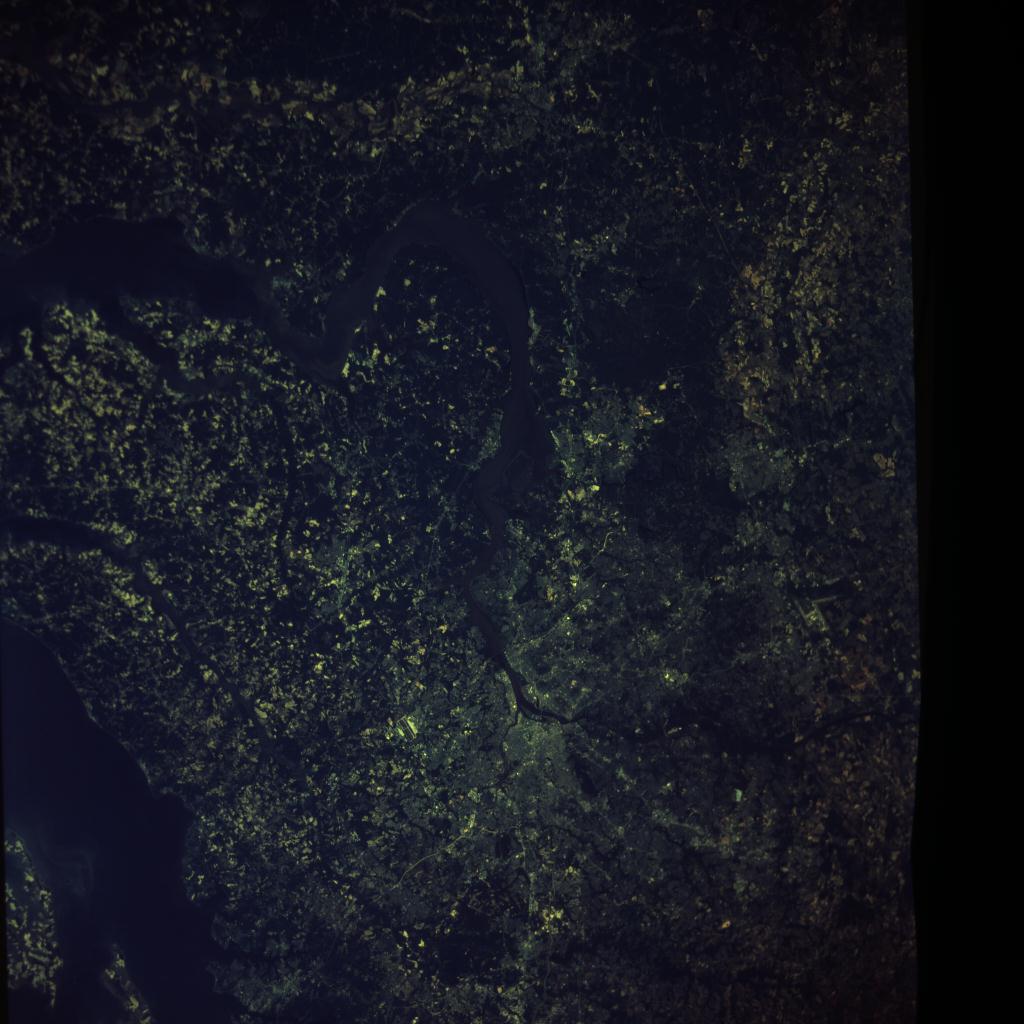 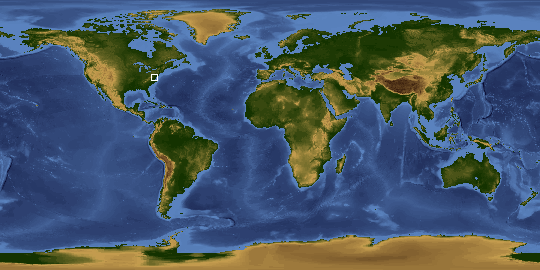 Other options available:
Download Packaged File
Download a Google Earth KML for this Image
View photo footprint information
Image Caption: STS040-151-129 Potomac River, Washington, D.C., U.S.A. June 1991
The capital of the United States, Washington, D.C., and it's many suburbs, can be seen in the west-northwest-looking view. Chesapeake Bay is visible traversing across the bottom right portion of the image. The silt-ladened Potomac River can be seen entering the scene midway between the upper center and upper right and traversing the image generally in a southeast direction through Washington, D.C., exiting the scene midway between the bottom left and bottom center. Washington, D.C., is the center of the large metropolitan area and is the legislative, administrative, and judicial center of the United States. The city is also a major tourist attraction. The District of Columbia spreads out over 69 square miles (179 sq. km), including 8 sq. miles (21 sq. km) of water surface.


This view of the Washington D.C. region (38.5N, 77.0W) shows the national capital city and many government office buildings in fine detail. The distinctive diagonal street patterns also stand out making this scene easy to identify. The Potomac River, parts of Chesapeake Bay, northern Virginia and the Rappahannock River and many other areas prominent in early American History may easily be located and identified in this highly detailed photo.