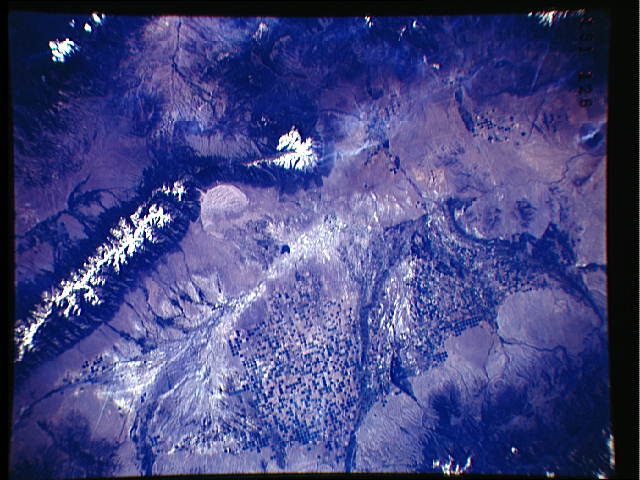 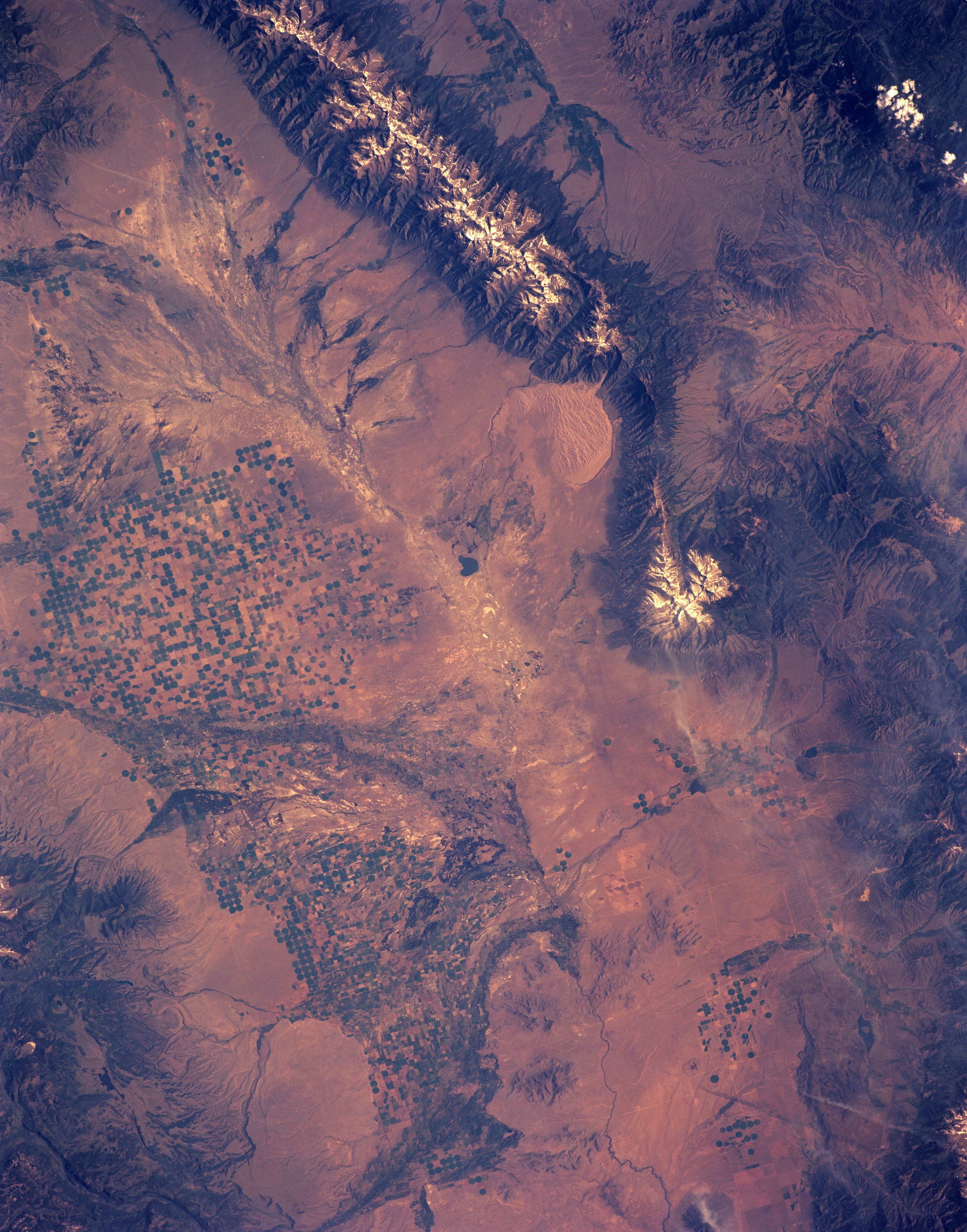 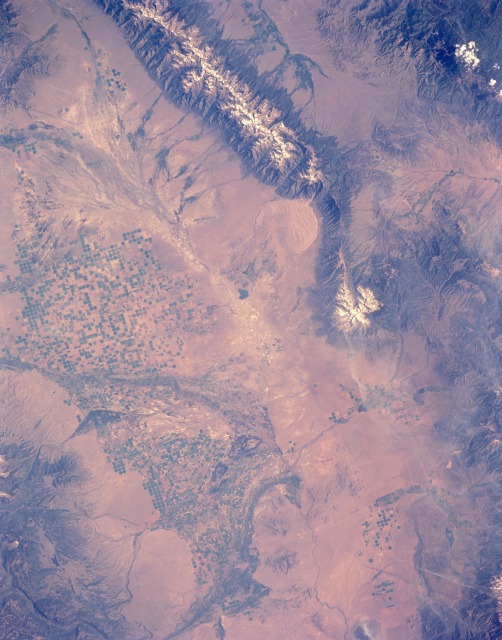 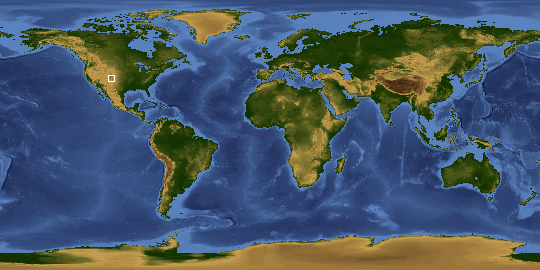 Other options available:
Download Packaged File
Download a Google Earth KML for this Image
View photo footprint information
Image Caption: STS040-151-126 San Luis Valley, South-Central Colorado, U.S.A. June 1991
In semiarid San Luis Valley, relatively isolated in south-central Colorado between the Sangre de Cristo Mountains to the east and the San Juan Mountains to the west, farmers use center-pivot irrigation (indicated by circular patterns) in hundreds of fields. Most of the circular irrigated fields are less than a mile (kilometer) in diameter. A variety of crops, such as lettuce, alfalfa, field peas, oats, and potatoes, is grown in this remote valley. Pinto beans are a specialty of the area. Some cattle and sheep are also raised for local and distant markets. The farming community of Alamosa (not visible at this scale) is located slightly south of the center of the photograph where the Rio Grande makes its gradual turn southeast. The average elevation of the valley is 7500 feet (2300 meters) above sea level; several peaks in the Sangre de Cristo Mountains exceed 13 000 feet (3950 meters). The dendritic, highly reflective surfaces in the northern part of the valley show a well-developed, intermittent stream flow pattern. Although the headwaters of the Rio Grande are in the San Juan Mountains, the lack of vegetation (darker areas), except in cultivated fields, on some mountain slopes, and in some drainage features, confirms the general lack of moisture throughout this semiarid subregion of the Rocky Mountains. The Great Sand Dunes National Monument is visible (slightly northeast of photograph center) along the western flank of the Sangre de Cristo Mountains. The sands of these dunes have been blown from the valley floor by westerly winds in the course of the last few tens of thousands of years.

The Great Sand Dune National Monument, CO (38.0N, 126.0W) appears near the center of the image. The sands of these dunes, blown from the valley floor by westerly winds in the course of the past few tens of thousands of years, are now banked up against the foot of the 14,000 ft. Sangre de Christo Mountains. In the fields nearby, center pivot irrigation agriculture has almost entirely replaced the earlier rectangular grid pattern.