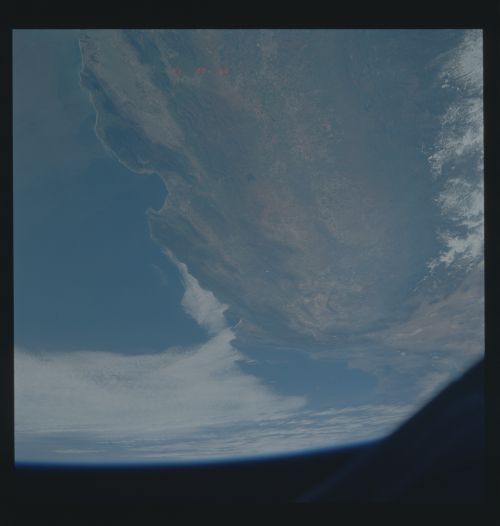 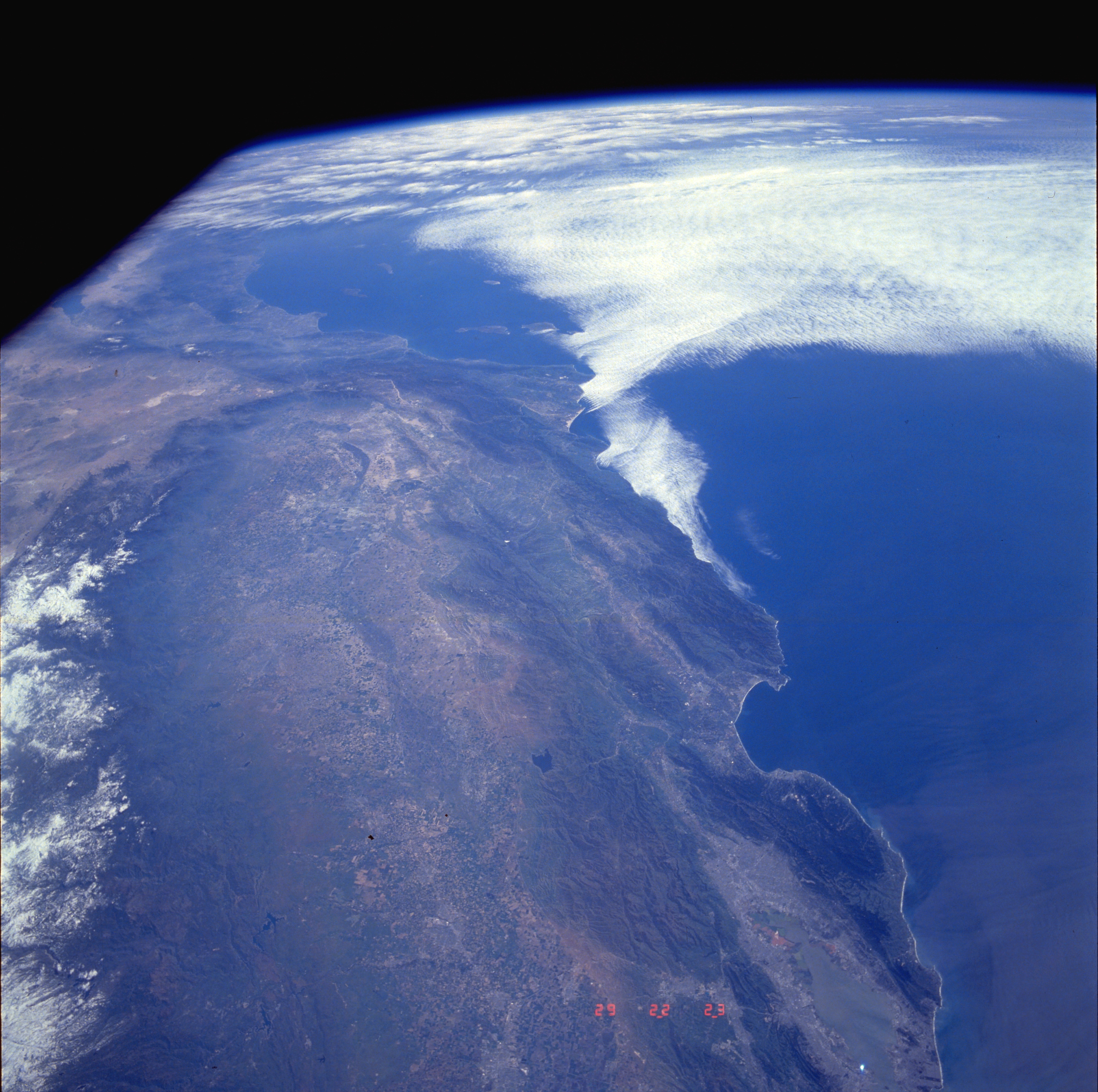 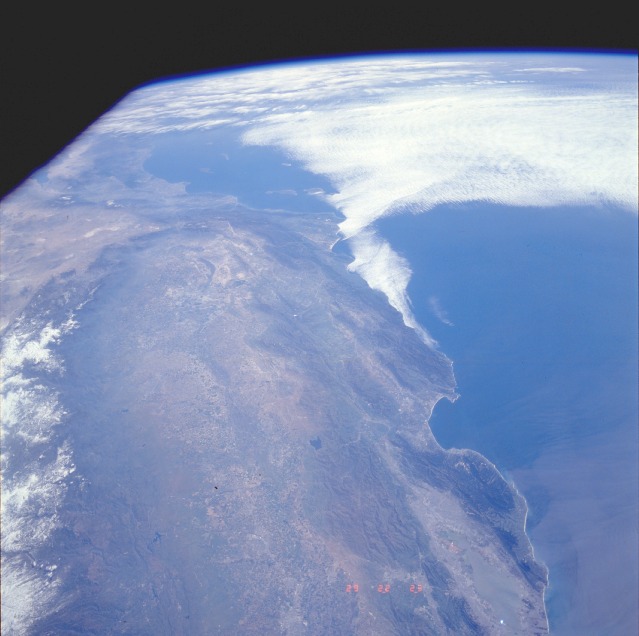 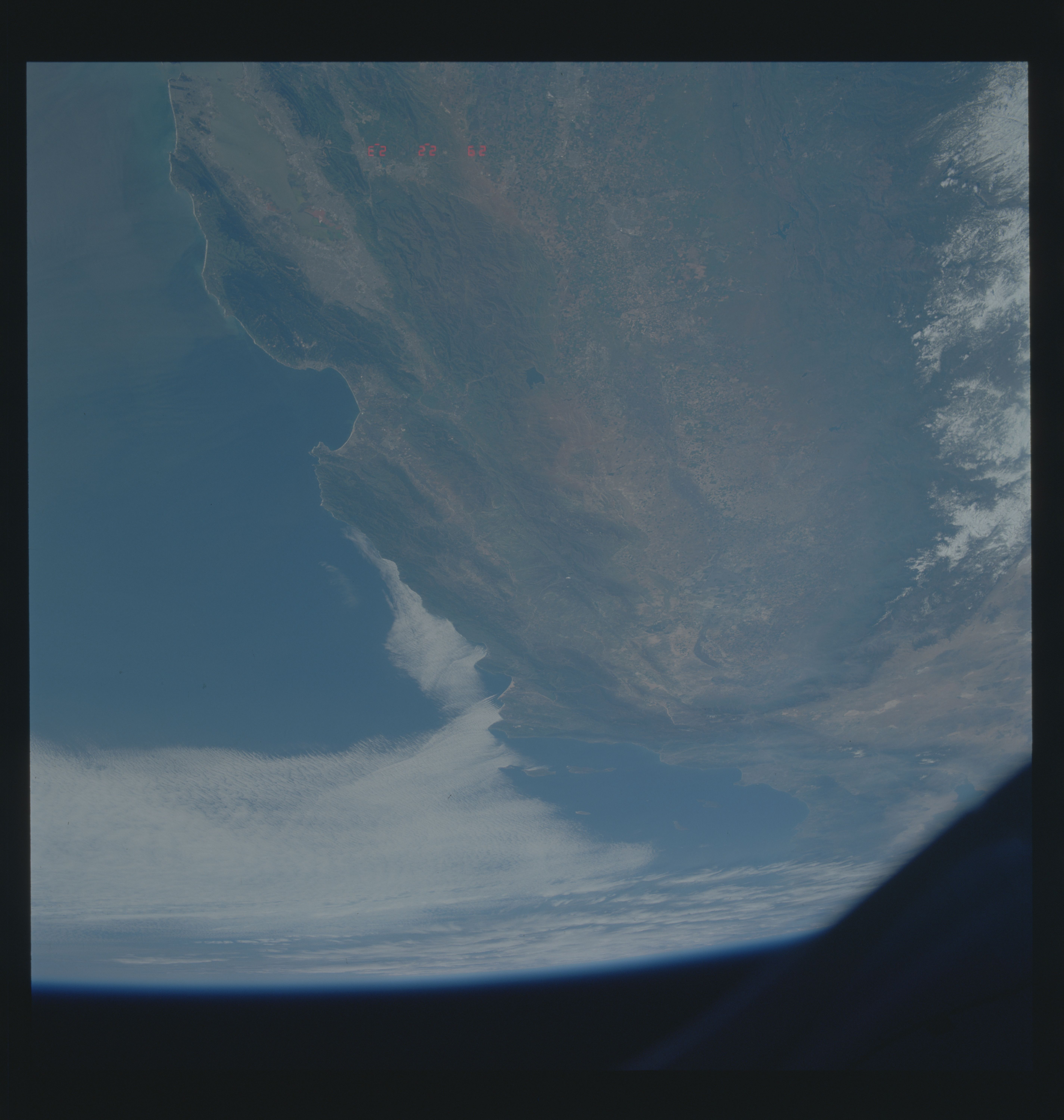 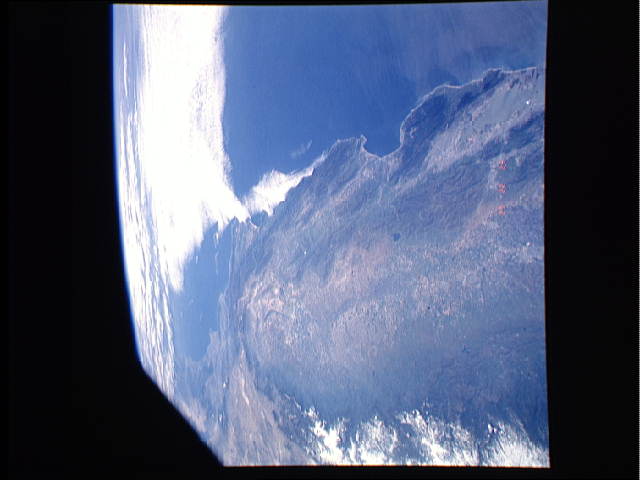 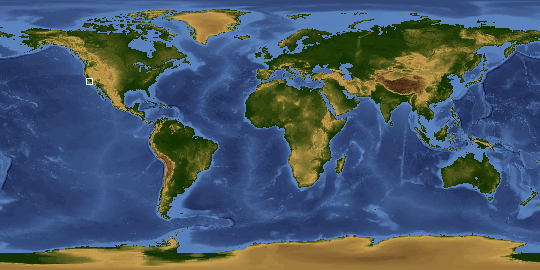 Other options available:
Download Packaged File
Download a Google Earth KML for this Image
View photo footprint information
Image Caption: STS039-612-038 San Joaquin Valley, California May 1991
The San Joaquin Valley and the Coast Mountains of central and southern California can be seen in this south-looking, high-oblique photograph. The white snow-covered and light-green forested foothills of the Sierra Nevada Range are visible to the east of the valley. Agricultural field patterns are interspersed with the cities of Stockton, Modesto, Merced, Fresno, and others (light grayish tones with visible street patterns) in the valley. The San Luis Reservoir (blue water) can be seen just to the west of the valley at the base of the Diablo Range. The darker green, heavily forested ranges of the Coast Mountains can be seen west of the San Joaquin Valley. Monterey Bay is visible north-northwest of the center of the photograph. North of Monterey Bay, the city of San Jose and the southern half of San Francisco Bay can be seen. The long, fairly straight feature immediately west of San Francisco Bay that extends to the Los Angeles Basin (south of the center of the photograph) and beyond is the famous San Andreas Fault. The Channel Islands in the Pacific Ocean are visible west of the Los Angeles Basin. To the east of the basin and across the mountains are the Mojave Desert and the Space Shuttle landing site at Rogers Lake (a dry lakebed). White stratus clouds over the Pacific Ocean hug the California coastline from near Point Conception northward to near Point Sur.