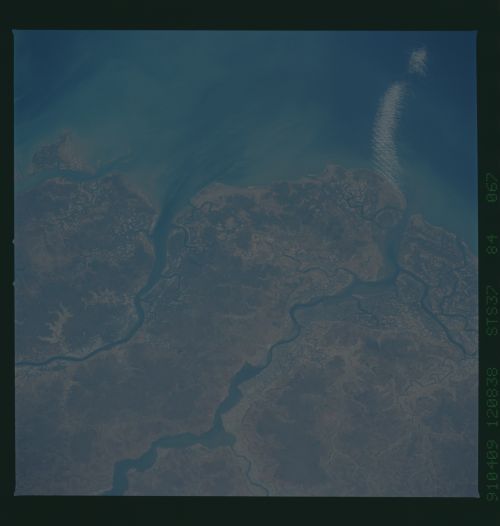 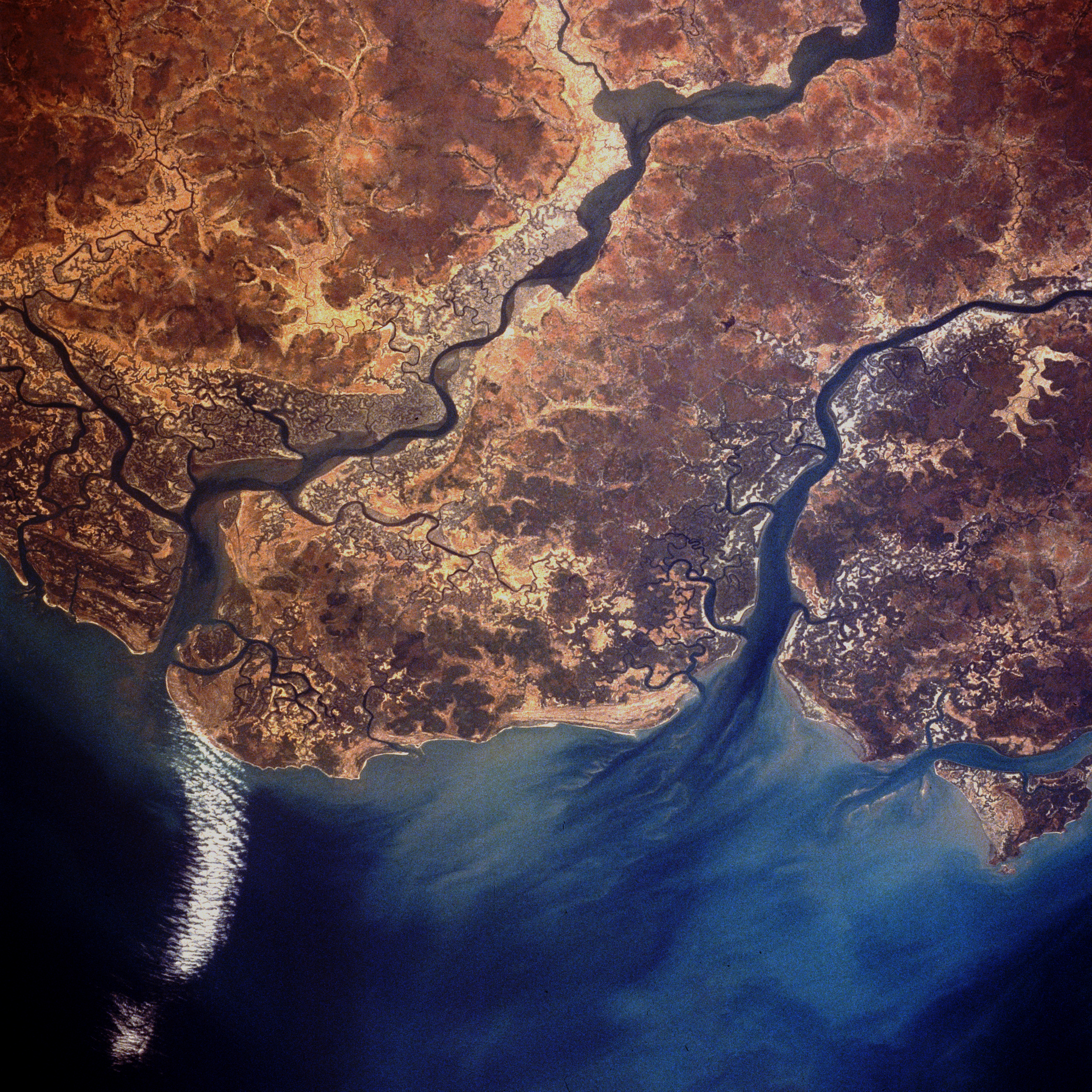 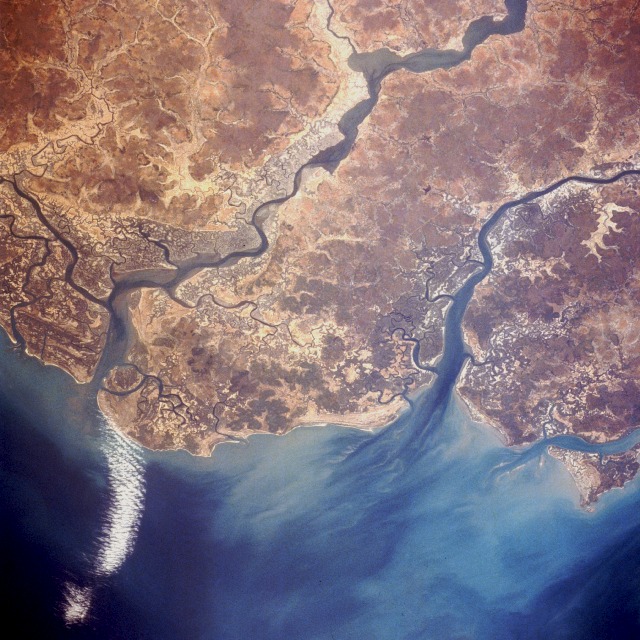 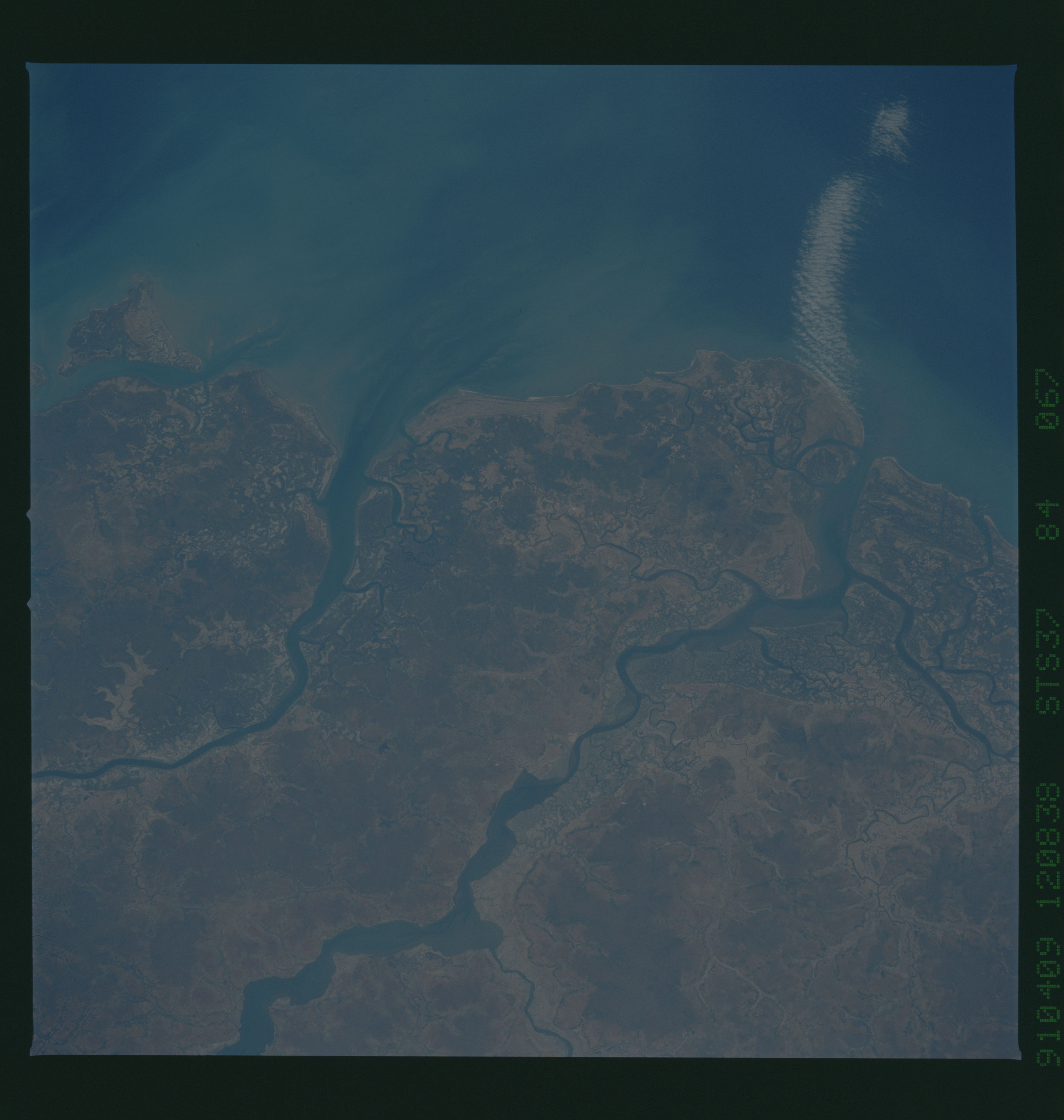 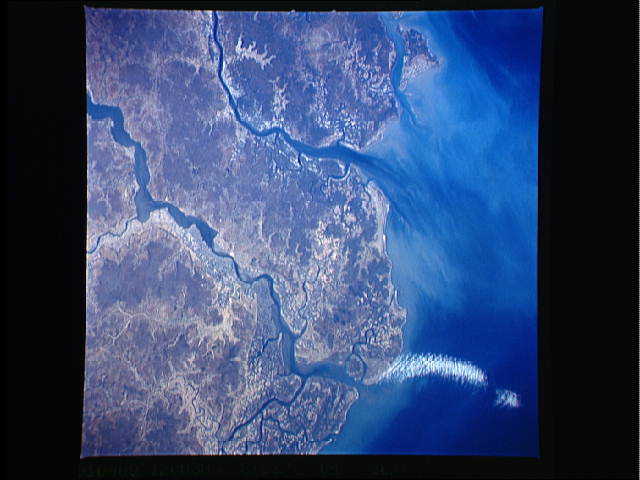 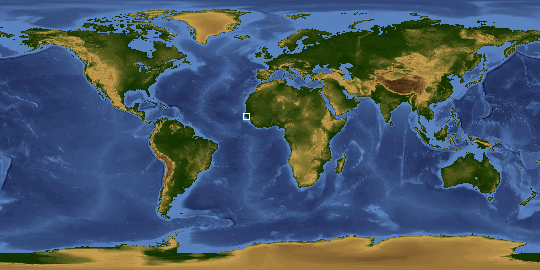 Other options available:
Download Packaged File
Download a Google Earth KML for this Image
View photo footprint information
Download a GeoTIFF for this photo
Image Caption: STS037-084-067 Senegal and Guinea-Bissau, Africa April 1991
The coastal areas of two of west Africa's smaller countries, Senegal and Guinea-Bissau, are revealed in this low-oblique, northeast-looking photograph. The boundary between the two countries almost bisects the peninsula formed by the Casamance River to the north (in Senegal) and the Rio Cacheu to the south (in Guinea-Bissau). Both countries have low-lying coastal plains with many rivers and some broad, swampy estuaries. These areas are part of west Africa's better watered coastal states. Mangrove forests (darker, uniform areas) lie along both major rivers. Historically, Senegal has had close political and economic ties with France, and Guinea-Bissau was a Portuguese colonial possession until 1974. The economies of both countries are almost entirely agricultural, ranging from peanut production in Senegal to a variety of crops in Guinea-Bissau; however, both countries' imports in foodstuffs exceed their exports.