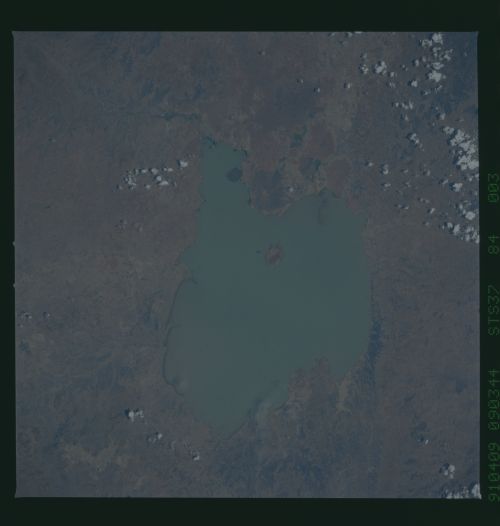 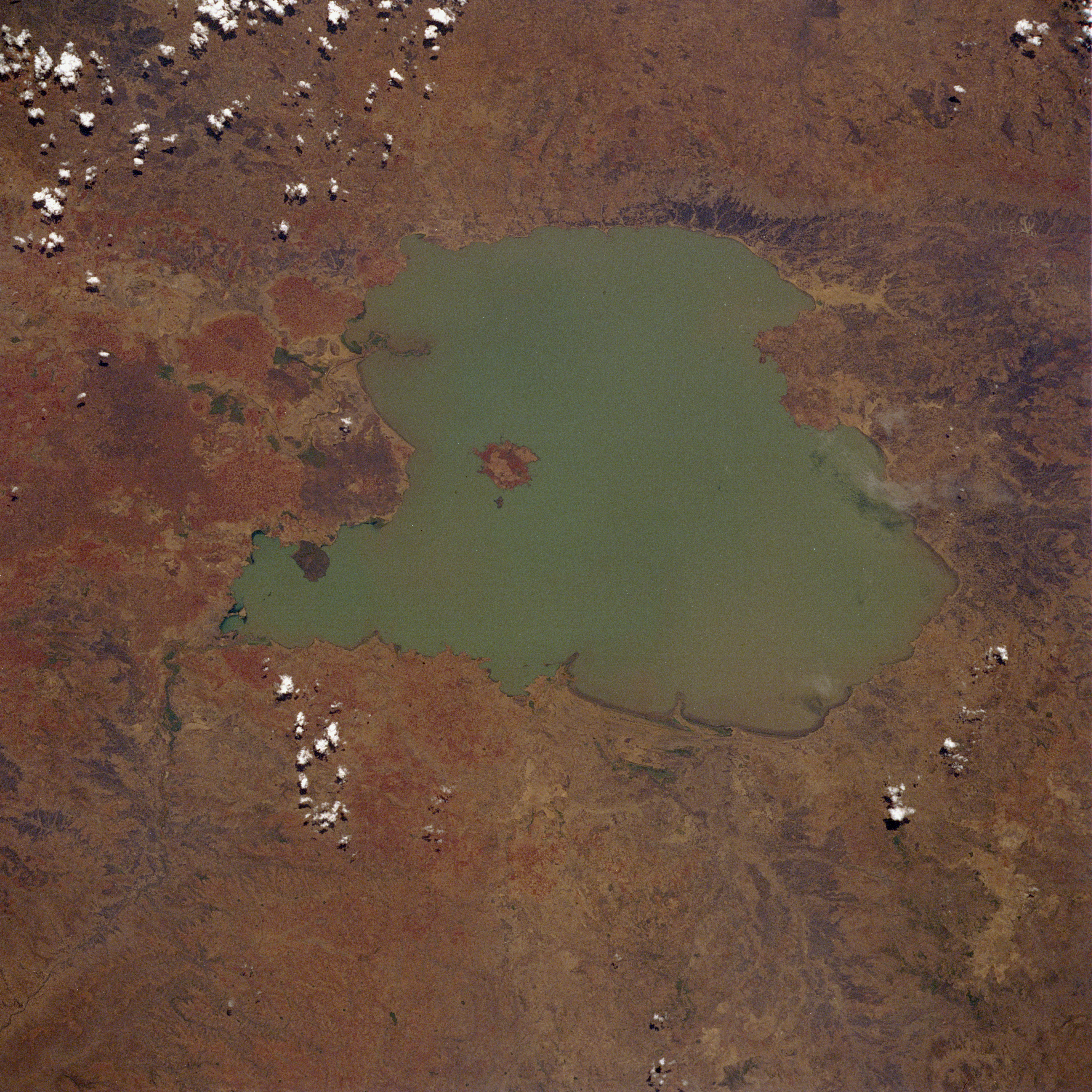 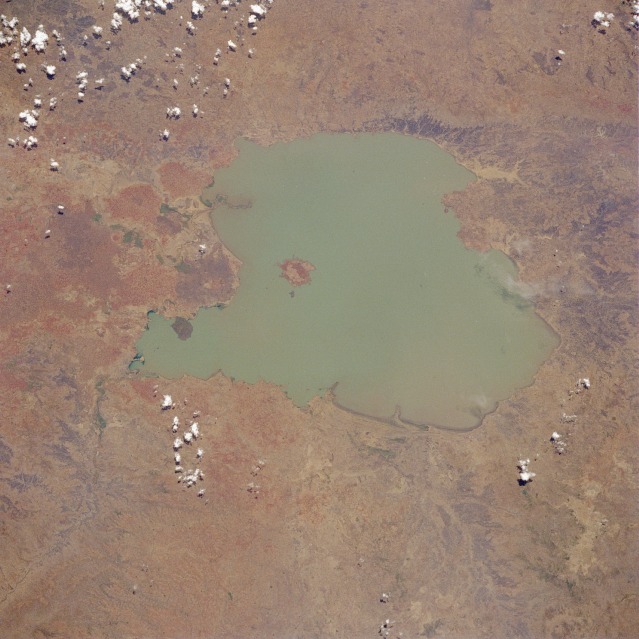 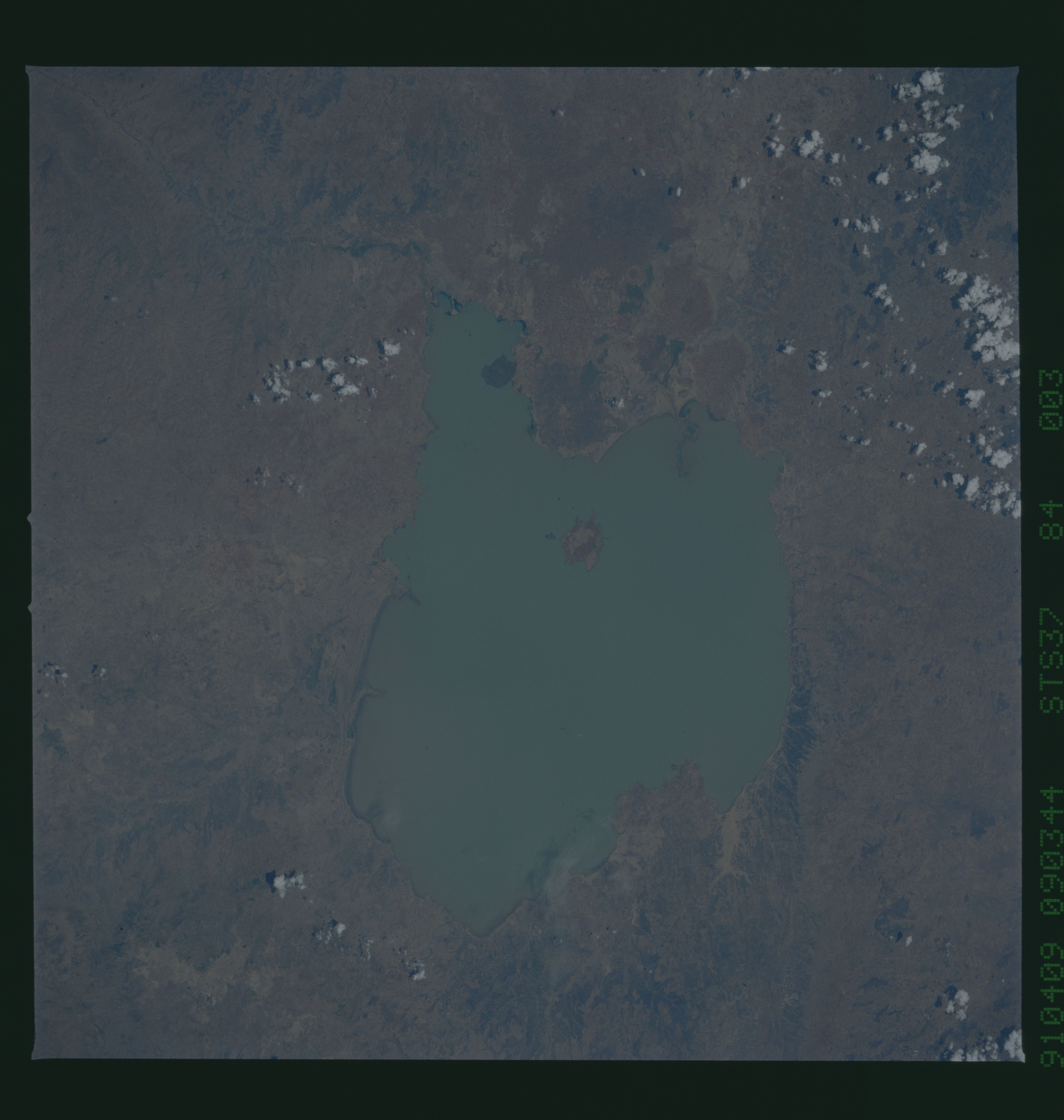 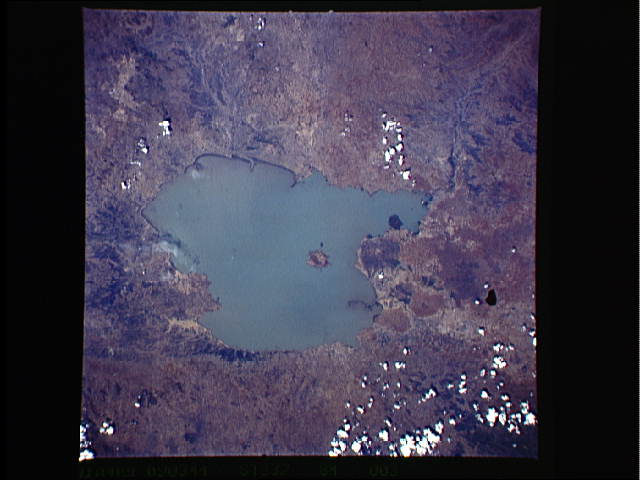 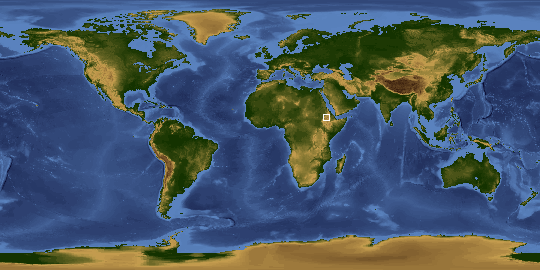 Other options available:
Download Packaged File
Download a Google Earth KML for this Image
View photo footprint information
Download a GeoTIFF for this photo
Image Caption: STS037-084-003 Lake Tana, Ethiopia April 1991
Considered the source of the Blue Nile River, Lake Tana is visible in this spectacular, low-oblique, west-looking photograph. Located in the central highlands of Ethiopia, Lake Tana, the country's largest lake, covers 1400 square miles (3625 square kilometers). The lake is 47 miles (76 kilometers) long and 44 miles (71 kilometers) wide and sits at an elevation of 6000 feet (1830 meters) above sea level. Lake Tana has become sediment-filled because of many small streams flowing into it and area deforestation. At its southern end, the lake drains into the Blue Nile, which shortly thereafter [6 miles (9 kilometers)] plunges over the Tisisat Falls and turns eastward, then southeastward, into a series of rugged canyons. Near the south-southwest portion of the lake, the small delta of the Abbai River, which rises in the Choke Mountains south of the lake, is seen. The delta has been extending into the lake since the 1940s. The islands of Dega and Dek, near the center of the lake, are sites of former monasteries.