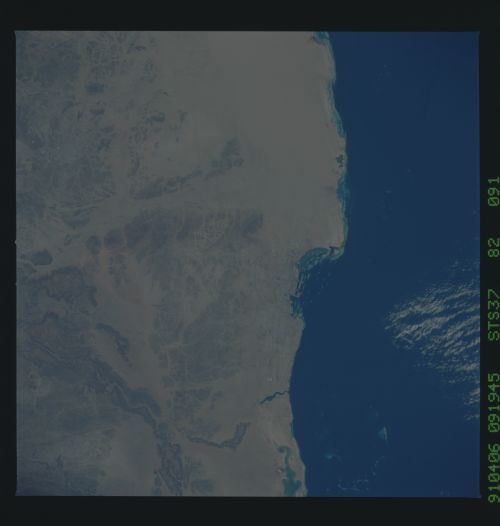 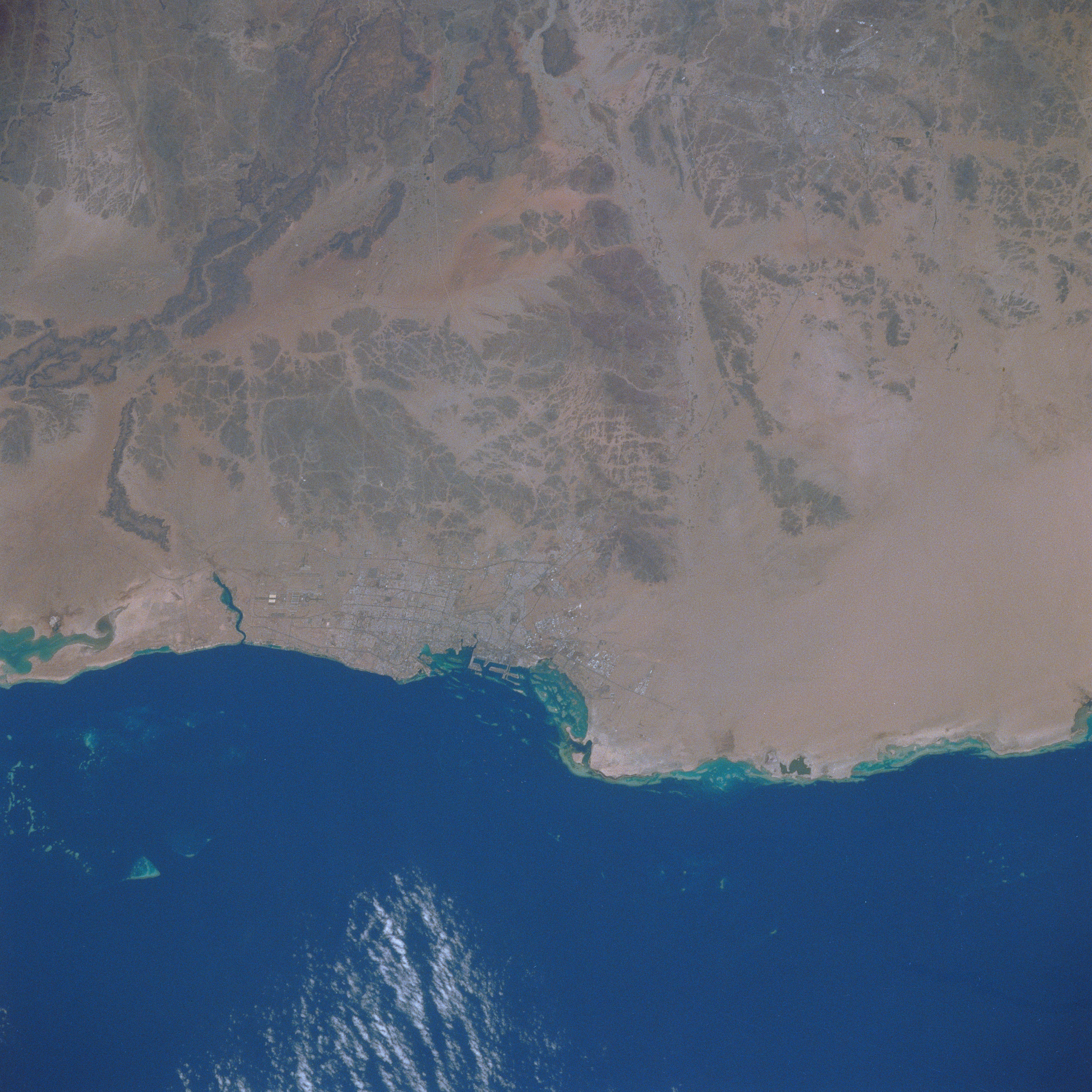 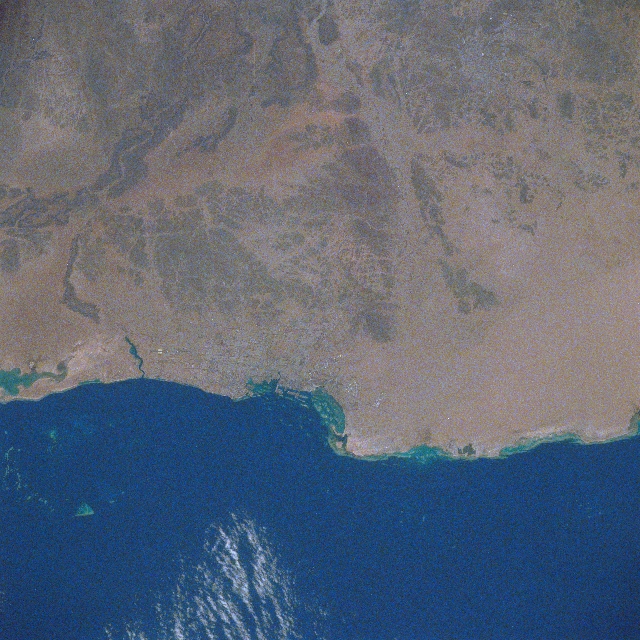 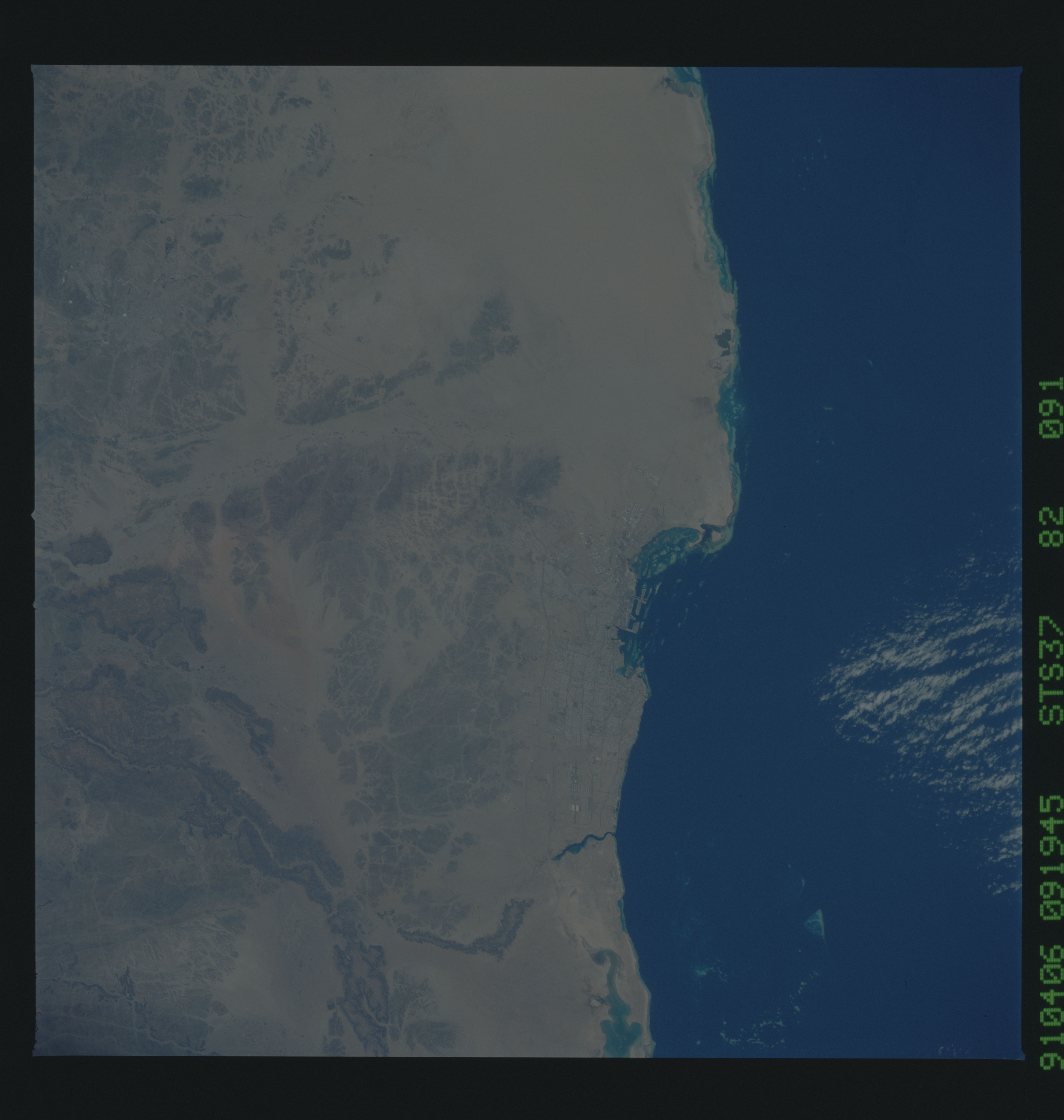 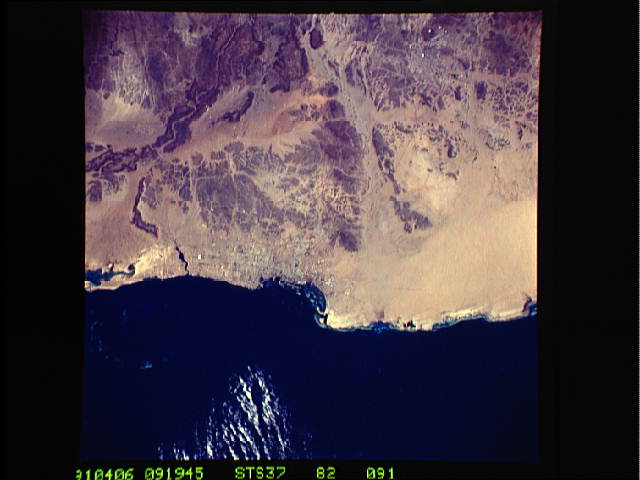 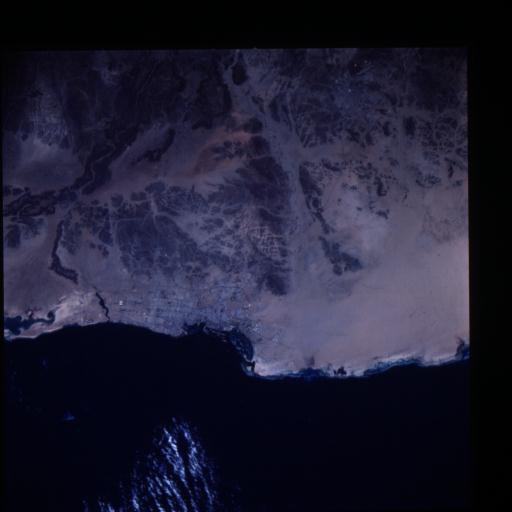 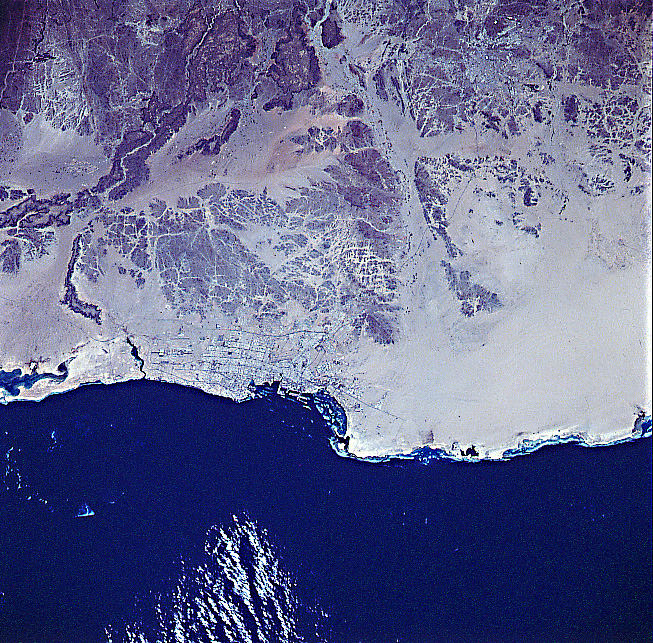 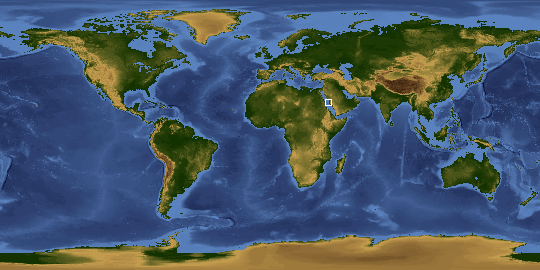 Other options available:
Download Packaged File
Download a Google Earth KML for this Image
View photo footprint information
Download a GeoTIFF for this photo
Image Caption: STS037-082-091 Mecca-Jiddah Area, Saudi Arabia April 1991
Two of Saudi Arabia's most important cities, Mecca (top center) and Jiddah (near center) are visible near the central west coast of Saudi Arabia along the eastern edge of the Red Sea. Mecca, with approximately 600000 permanent inhabitants, is the most holy city in all of Islam. Mecca is located approximately 50 miles (80 km) east of the port city of Jiddah. Jiddah (some of urban infrastructure is visible) is a busy, clean, ultra modern port facility through which large quantities of assorted goods and people enter and leave Saudi Arabia. With almost 2 million people, Jiddah is the second largest city in Saudi Arabia (second only to Riyadh, the capital city). The darker colored terrain immediately east of Jiddah shows an area of low hills. The dark band across the top of the image is part of the Hijaz Mountains that parallel the west coast of Saudi Arabia. The region is generally arid (sandy coastal and valleys) but becomes semiarid on some of the higher elevations. The lighter-colored landscape is predominantly sandy features, while the darker landscapes are rock outcrops and higher elevations. The major highway artery that connects Jiddah with Mecca can be traced eastward through the sandy valley southwest of Jiddah.