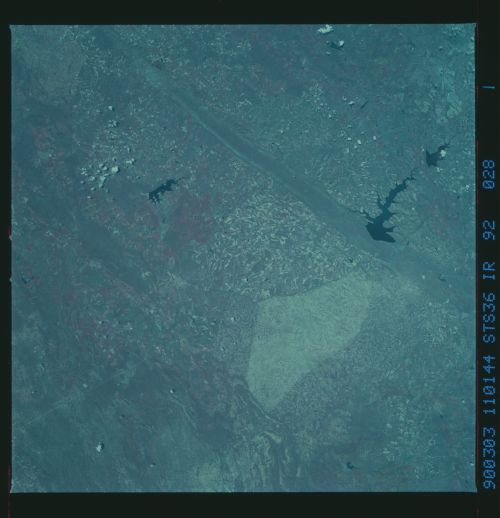 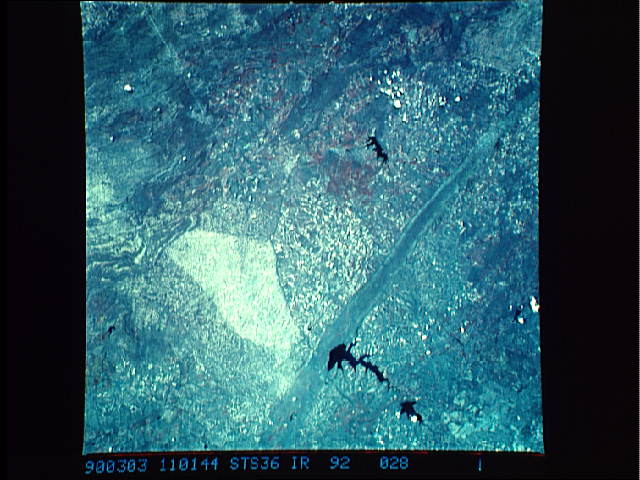 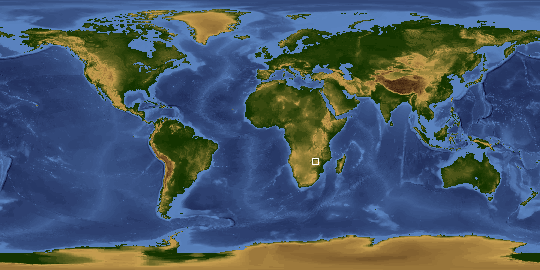 Cutting through the old cratonic rocks in southern Africa is a
large sheet-like body known as the Great Dyke of Zimbabwe, an
easily recognizable dark linear feature which cuts north-south
across the Zimbabwe countryside for almost 500Jkm. The igneous
rocks which make up this intrusion contain economically important
reserves of several strategic minerals, including chromium and
the platinum group elements. The Great Dyke can be seen here
running from lower left to top center. Many details of the Great
Dyke are apparent in this slide. The linear symmetry on either
side of the Dyke indicates that it is folded slightly upward.

The oldest rocks are greenstone belts, appearing here as dark and
folded rocks in the lower right corner of the photo. These rocks
include very old ocean crust (greater than 2.5 billion years in
age) and are mined for iron ore and asbestos.

The light patch (upper center of slide) is an overgrazed Rtribal
trust land,S easily distinguished from the patterned land of com-
mercial farms.

The Hunyani River is conveniently dammed at the Great Dyke to
form Lake Belvedere. The capitol city Harare (formerly Salis-
bury) is just out of the field of view at the top of the slide.