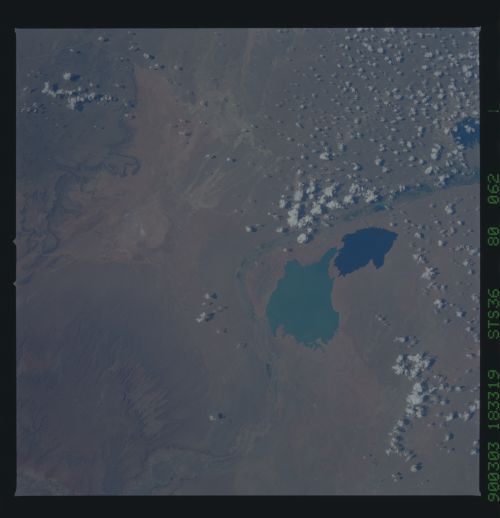 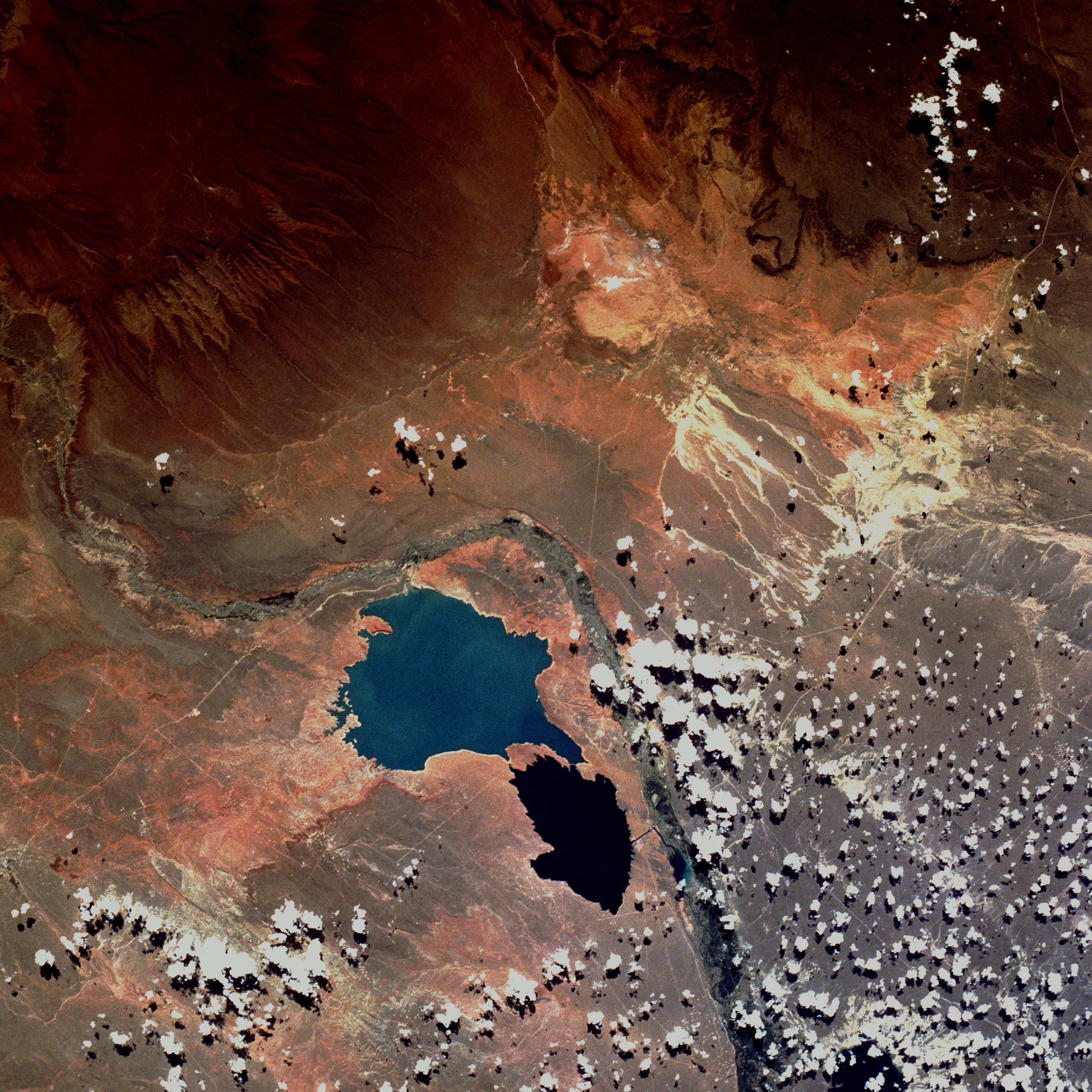 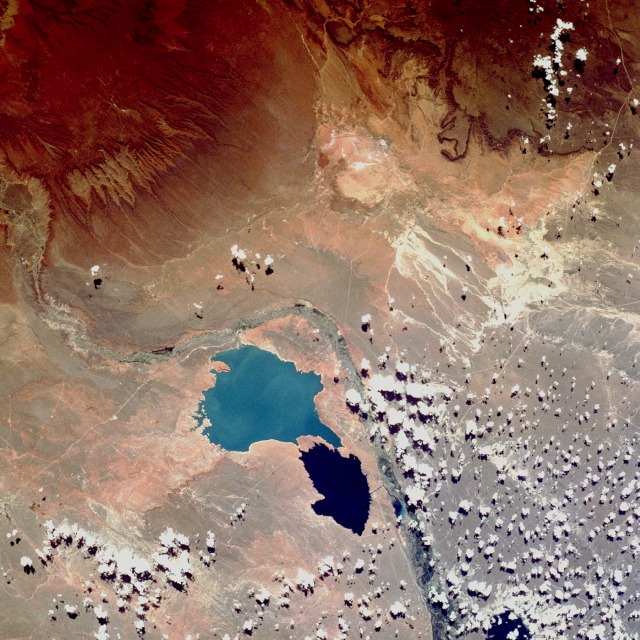 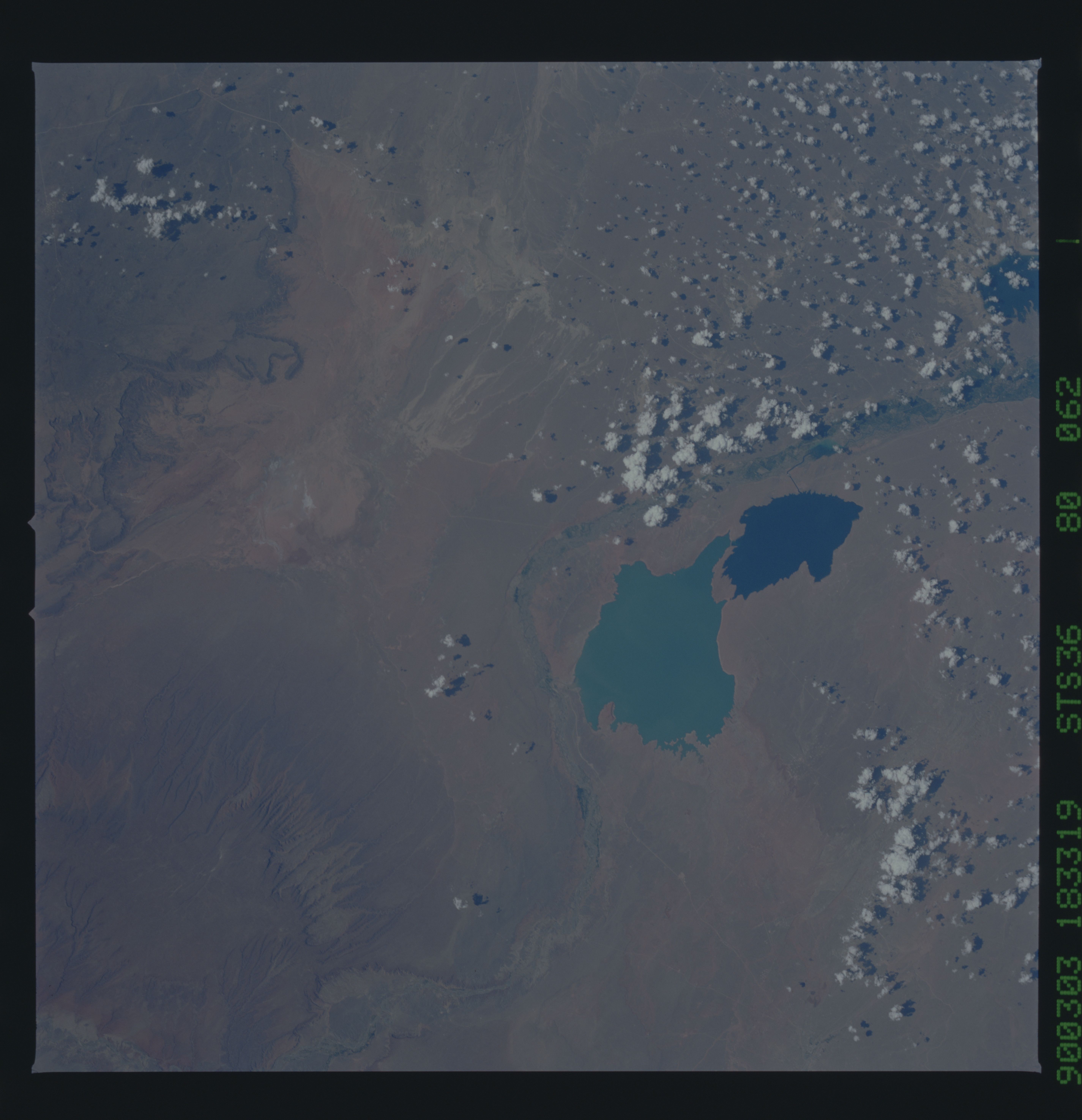 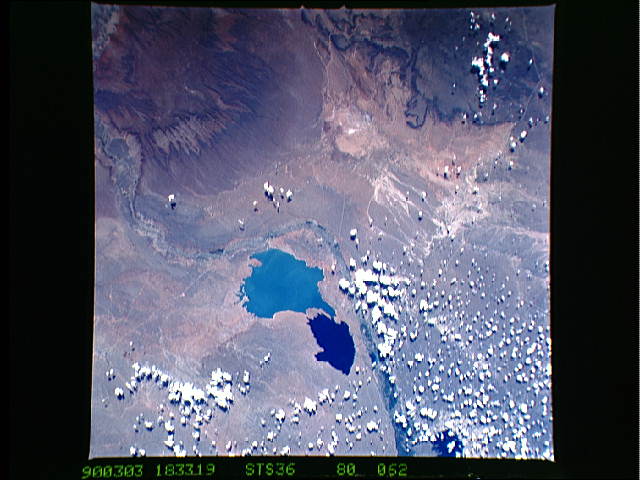 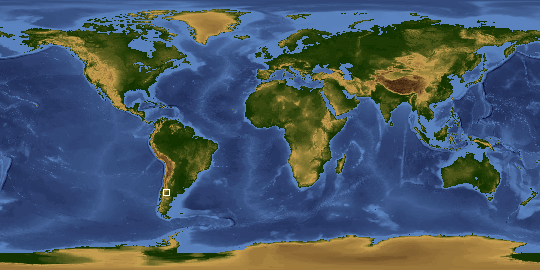 Other options available:
Download Packaged File
Download a Google Earth KML for this Image
View photo footprint information
Download a GeoTIFF for this photo
Image Caption: STS036-080-062 Cerros Colorados Reservoir, Argentina March 1990
The deep blue waters of the Cerros Colorados Reservoir provide a dramatic contrast to the brown arid-to-semiarid landscape surrounding it. This reservoir is located in the mountains of west-central Argentina about 30 miles (48 kilometers) northwest of Neuguén (not shown in this photograph), and the dam is located in the northwest corner of the reservoir. The ribbon-like floodplain of the Neuguén River curves around the north side of the reservoir. The reason for the color variation within the reservoir is unknown. Significant erosion features can be seen north and west of the reservoir. The southern flank of the Auca Mahuida Mountains is shown as a series of low escarpments north of the reservoir. A major west-to-east-aligned erosion drainage pattern is visible west of the reservoir along the Neuguén River as it snakes its way from its source tributaries in the Andes Mountains. Some evidence of interior drainage--small, highly reflective dry lakes (salt flats)--appears north of the reservoir between the low mountains to the west and the plateau to the north. This region is part of an extensive transition zone between the southwestern fringe of the grasslands of the Pampas and the windy, desert conditions of the northwestern extension of Patagonia.