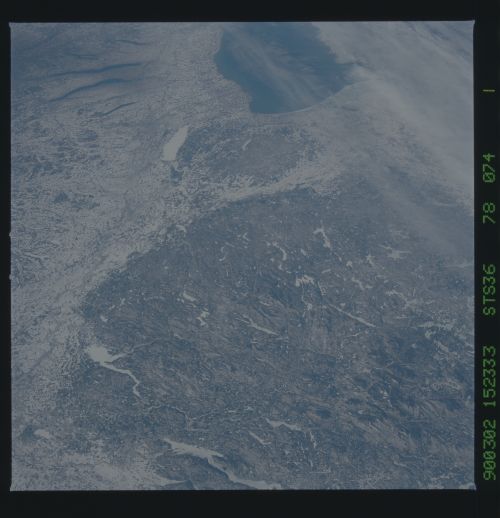 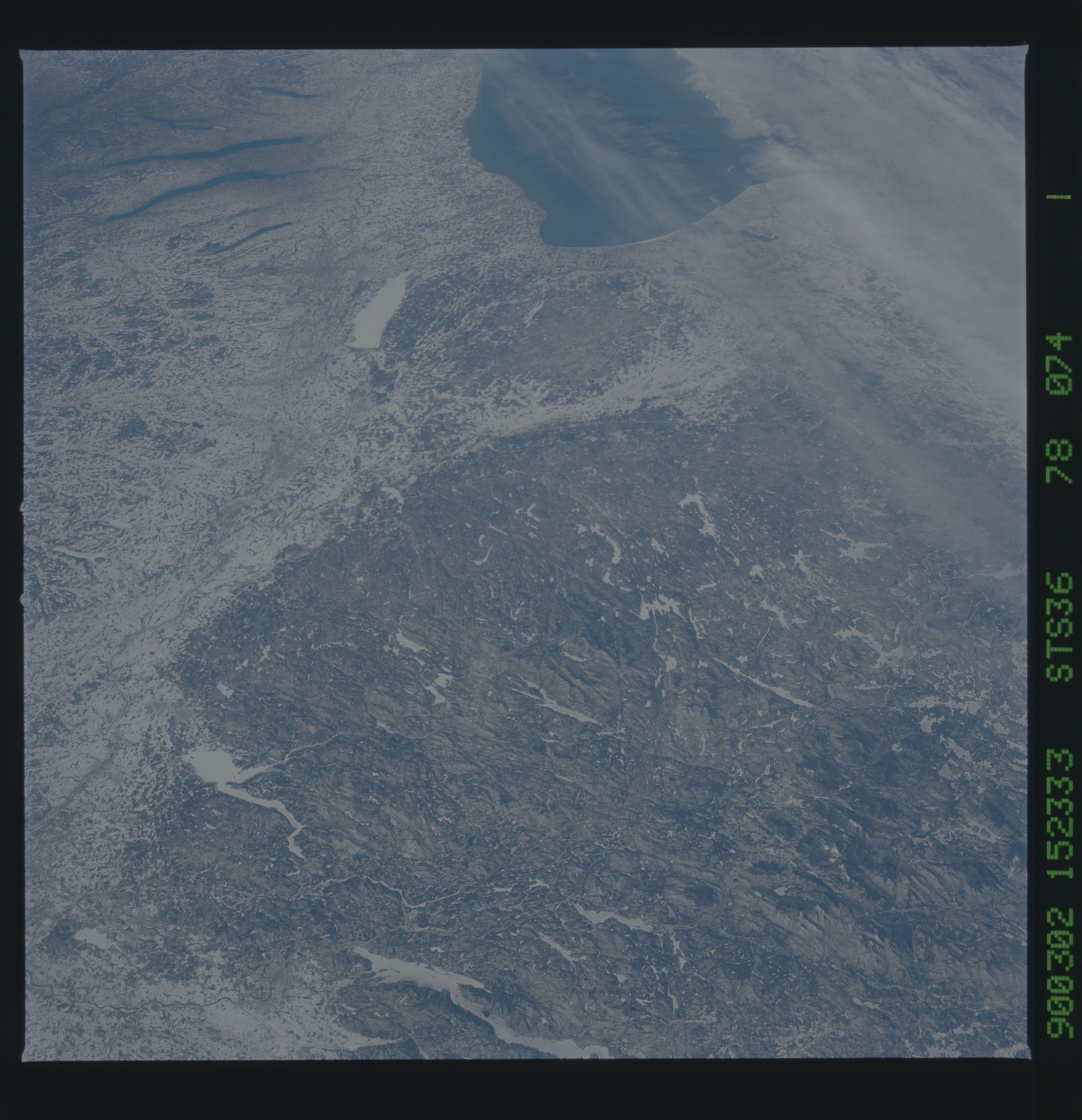 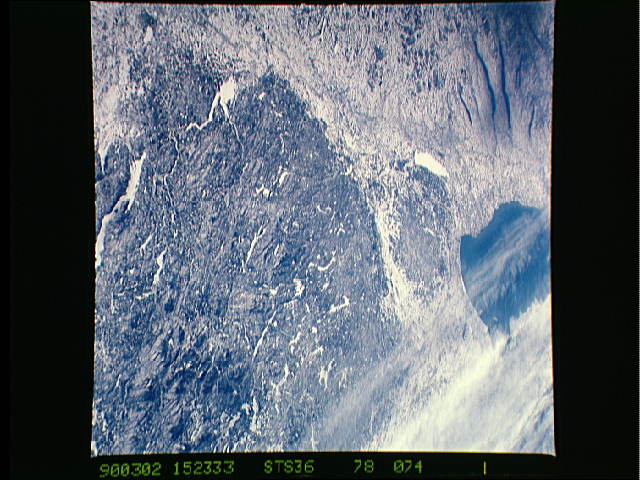 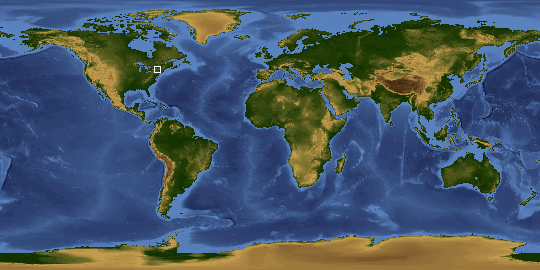 Other options available:
Download Packaged File
Download a Google Earth KML for this Image
View photo footprint information
Image Caption:
S36-78-074: Adirondack Mountains, Tug Hill Plateau, upstate New
York In this low-oblique view looking west, the western two-
thirds of the Adirondack Mountains can be seen. Lake Ontario is
visible at the upper center of the view. The northern extensions
of the Finger Lakes can be seen in the upper left of the view.
Lake George, ice covered, can be seen at the bottom left of the
view.

The small greyish-looking area between Lake Ontario and the
Adirondack Mountains is the Tug Hill Plateau. The Tug Hill Pla-
teau has been called by some the snowiest area in the United
States east of the Mississippi. Rising some 325Jmeters above the
surrounding landscape, the region receives much of the Rlake ef-
fectS snows from nearby Lake Ontario. The town of Boonville, New
York, near the center of the plateau receives an annual winter
average of over 350Jinches of snowfall from early October into
late April. The small city of Watertown, New York, is situated
just to the north of the plateau and has near it a major Army in-
stallation specializing in winter combat training. The Mohawk
River Valley, Oneida Lake, and the city of Syracuse can be seen
to the south of the plateau.

The Adirondack Mountains include some of the oldest rocks in the
United States. The rocks are more than a billion years old.
Younger (400P600 million years old) sediments were deposited on
top of these old rocks in shallow seas covering the area, and,
with erosion, appear to be Rlapping upS around the margins of the
Adirondacks.

The north-south fabric of the Finger Lakes region marks the
direction of the last movement of continental glaciers, around 12
000 years ago.

This area including Lake Champlain Basin has been proposed as a
biosphere reserve. (Biosphere reserves are protected areas for
conducting conservation research, monitoring, and education and
for evaluating the local land use practices.)

The Adirondack site was selected because this was once the home
to species, such as the cougar, lynx, moose, and peregrine fal-
con, that have since been extirpated (among 20 others).

Efforts are under way to reintroduce lynx and falcons in this
area.