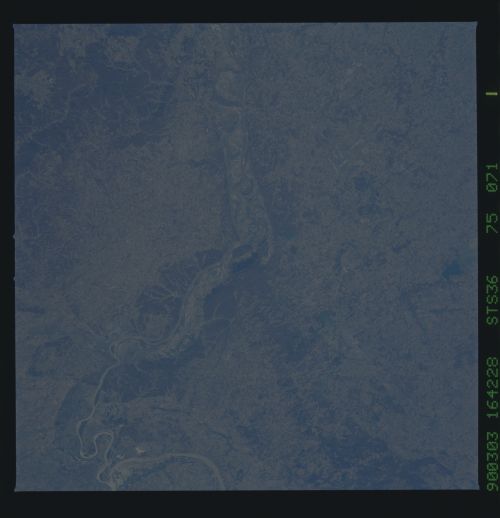 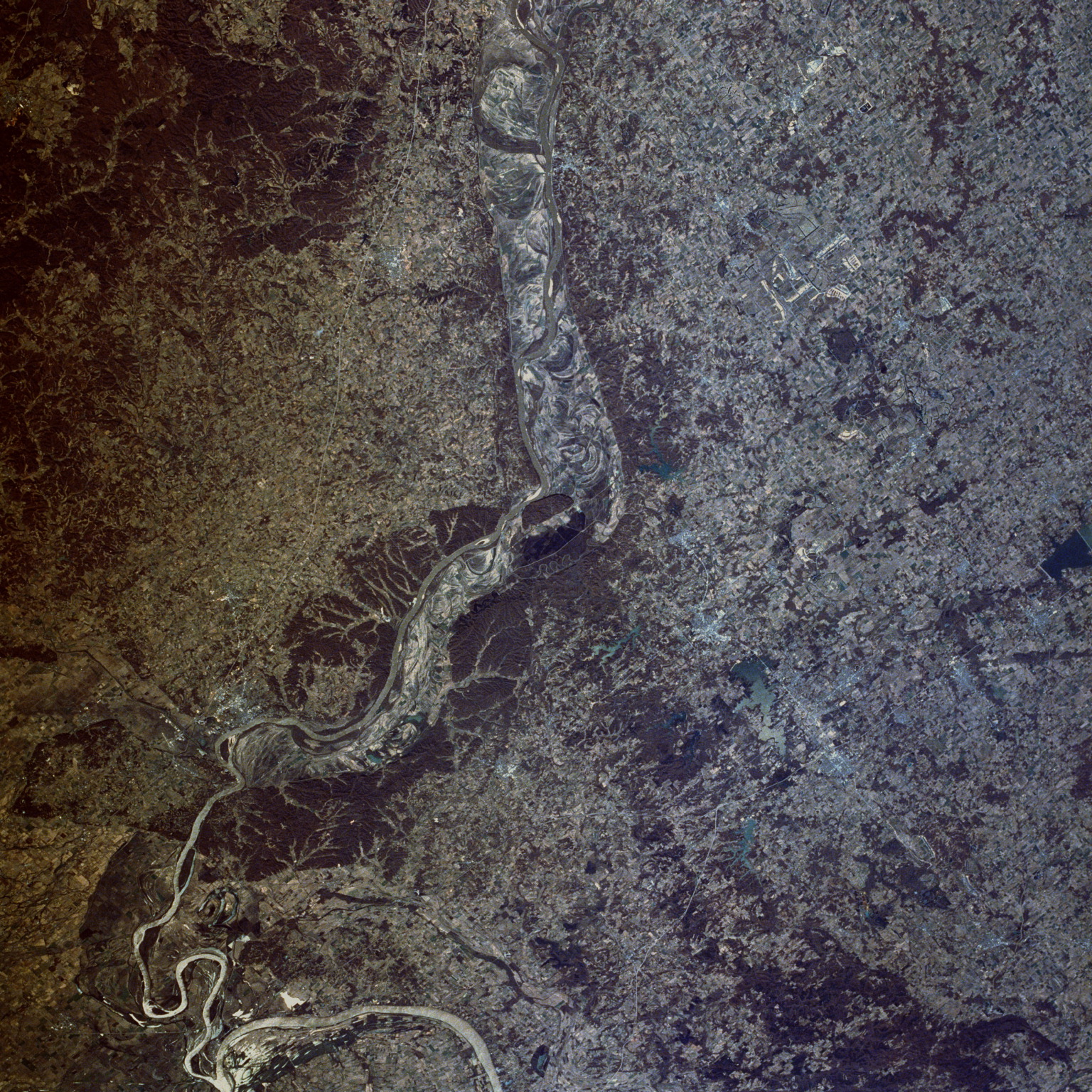 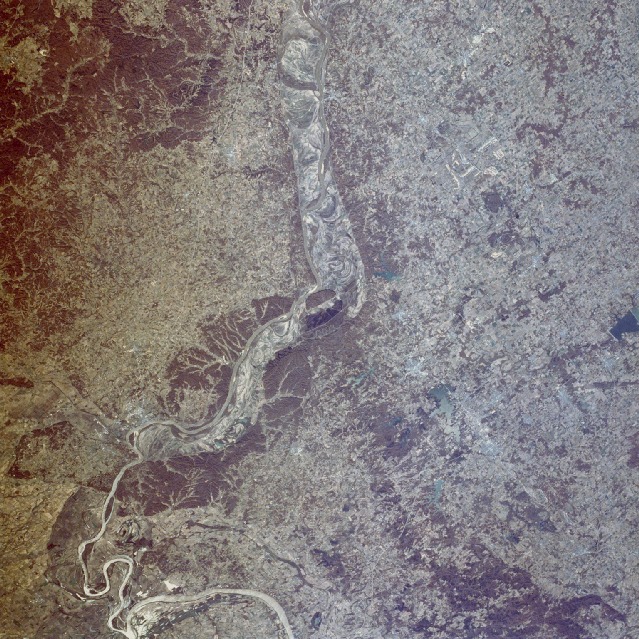 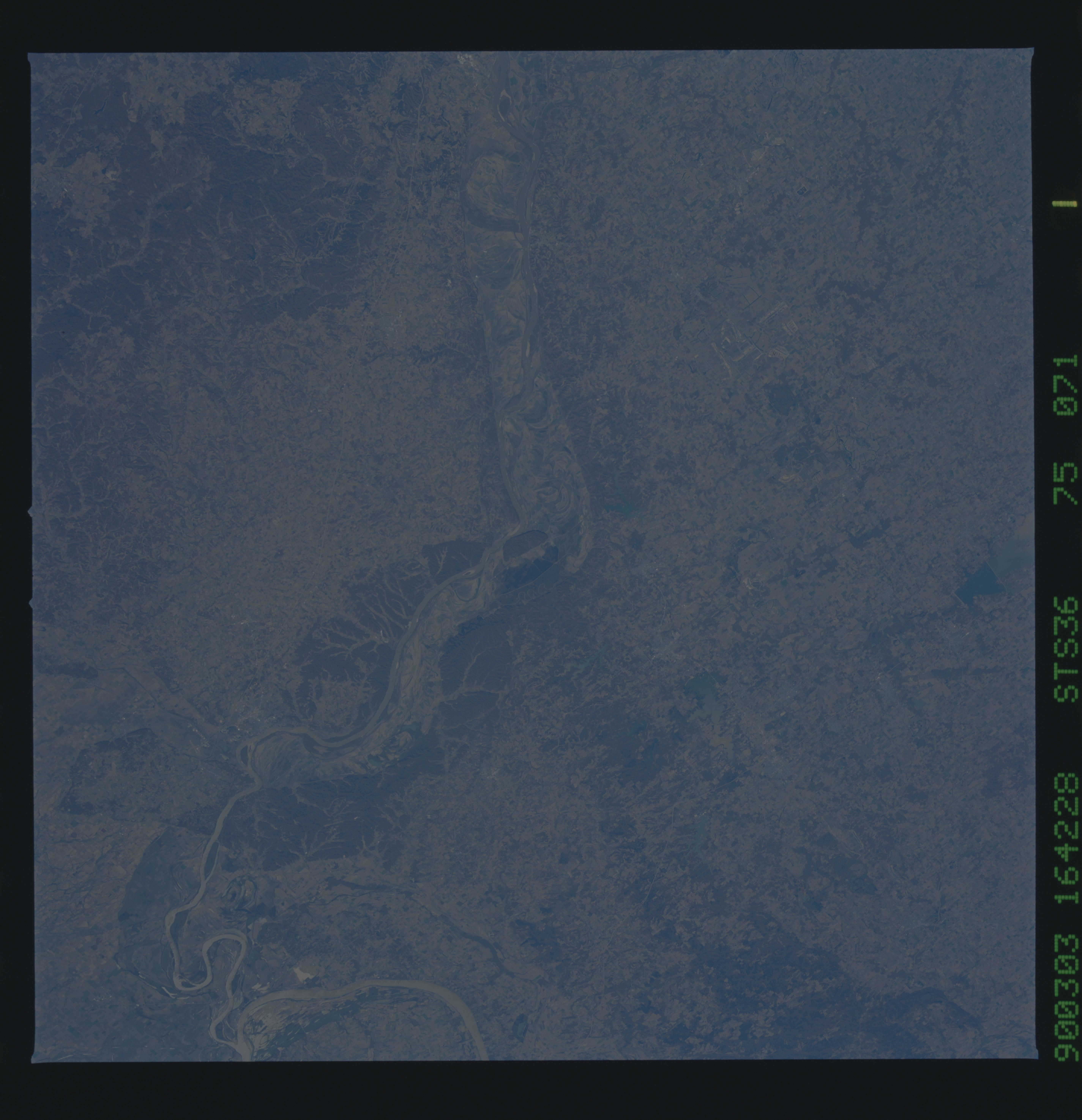 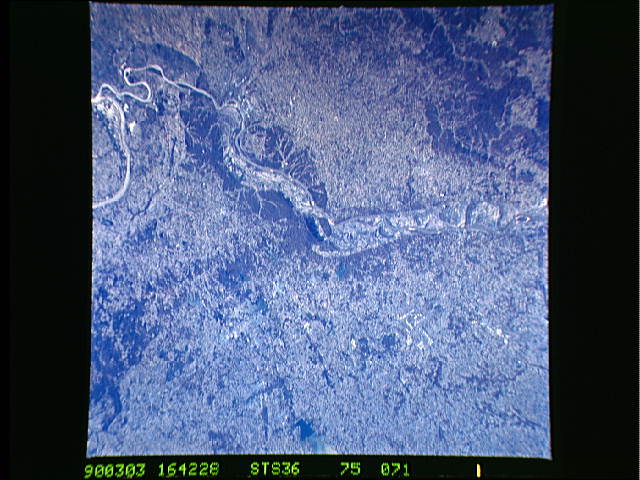 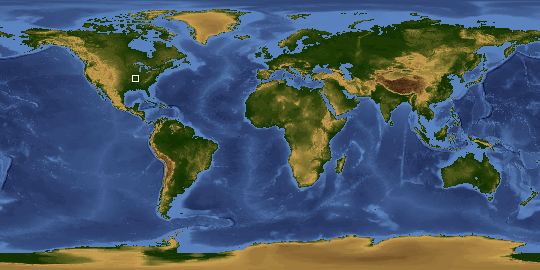 Other options available:
Download Packaged File
Download a Google Earth KML for this Image
View photo footprint information
Image Caption: STS036-075-071 Mississippi River, Illinois and Missouri, U.S.A. March 1990
The floodplain of the Mississippi River between St. Louis, Missouri, and Cairo, Illinois, can be seen in this southeast-looking, low-oblique photograph. Tree-covered bluffs 100 to 300 feet (33 to 99 meters) high line both sides of the river. These bluffs are an extension of the Ozark Plateau to the west (in Missouri), through which the Mississippi has cut a course. In Illinois, east of the Mississippi River, the extension is known as the Shawnee Hills. Kaskaskia Island (the small tree-covered island in the river near the center of the photograph) is the site of one of the oldest settlements west of the Appalachian Mountains. Founded in 1703 as an Indian trading village, Kaskaskia was the first capital of the newly formed State of Illinois from 1818 to 1820. The village was destroyed by numerous floods in the mid- to late 1800s. East of the Mississippi in Illinois are numerous lakes. One of the largest pictured in the photograph is Crab Orchard Lake, which is located just east of the small city of Carbondale. The lake sits on the path of the famed Mississippi flyway and is a resting place for migrating birds flying to and from northern Canada. Carbondale is a major retailing center for the area and is home to Southern Illinois University, the city's major employer. Toward the south-southwest is the city of Cape Girardeau, Missouri. Overlooking the Mississippi River, Cape Girardeau is a transportation, trade, manufacturing, and distribution center. It produces shoes, cement, lumber, furniture, and electrical equipment. Cape Girardeau is located 30 miles (48 kilometers) north-northwest of Cairo, Illinois, where the Ohio River joins the Mississippi. It is said that the delta of the Mississippi River begins at this point.