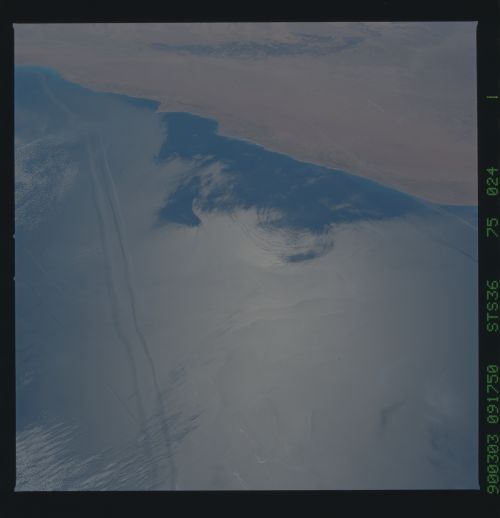 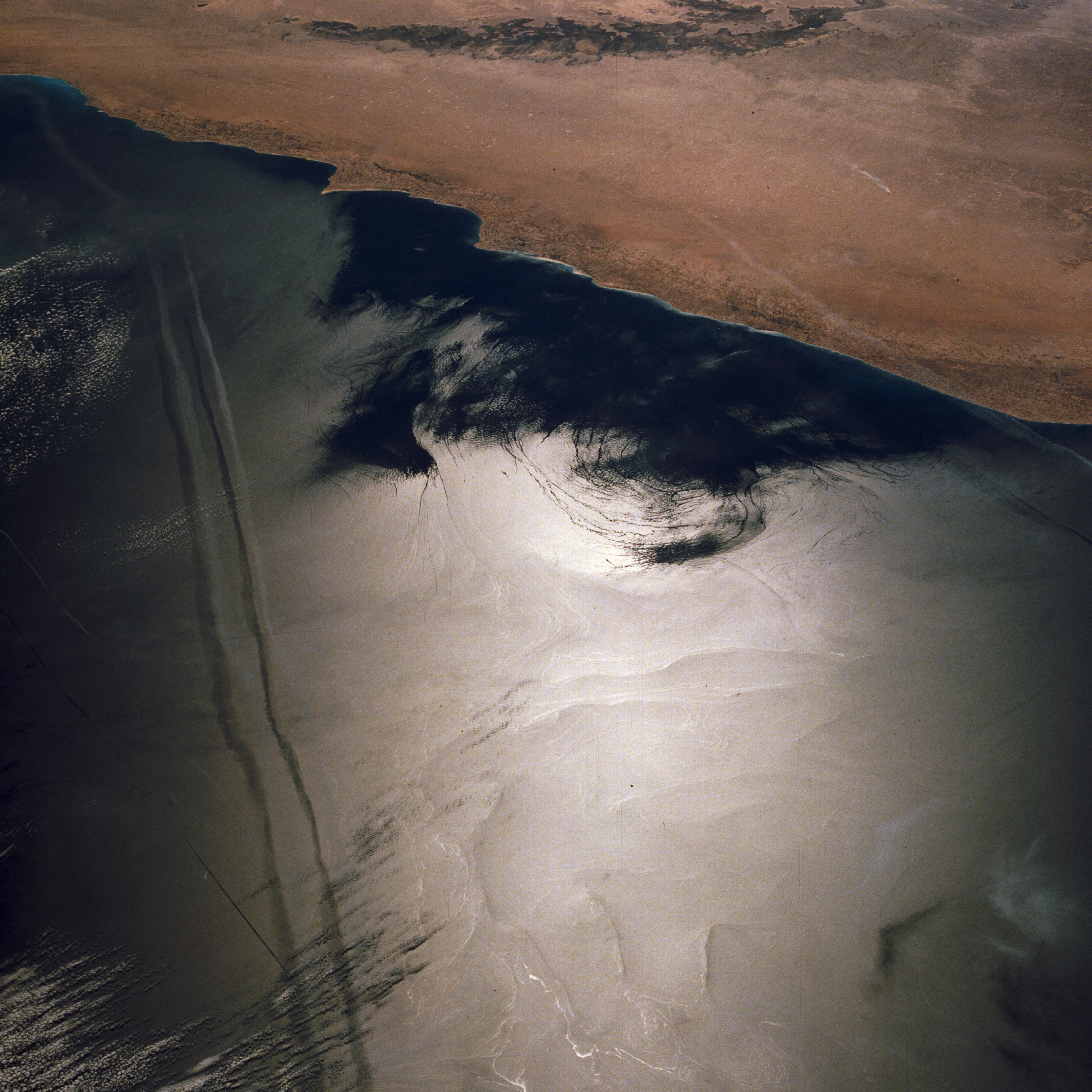 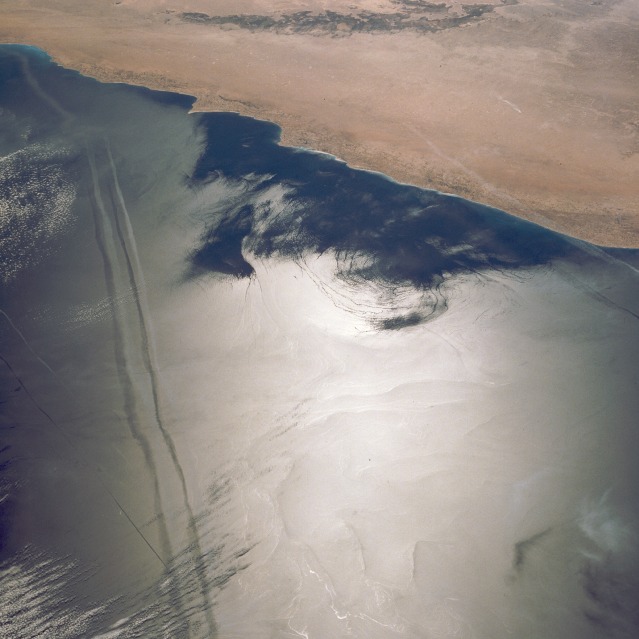 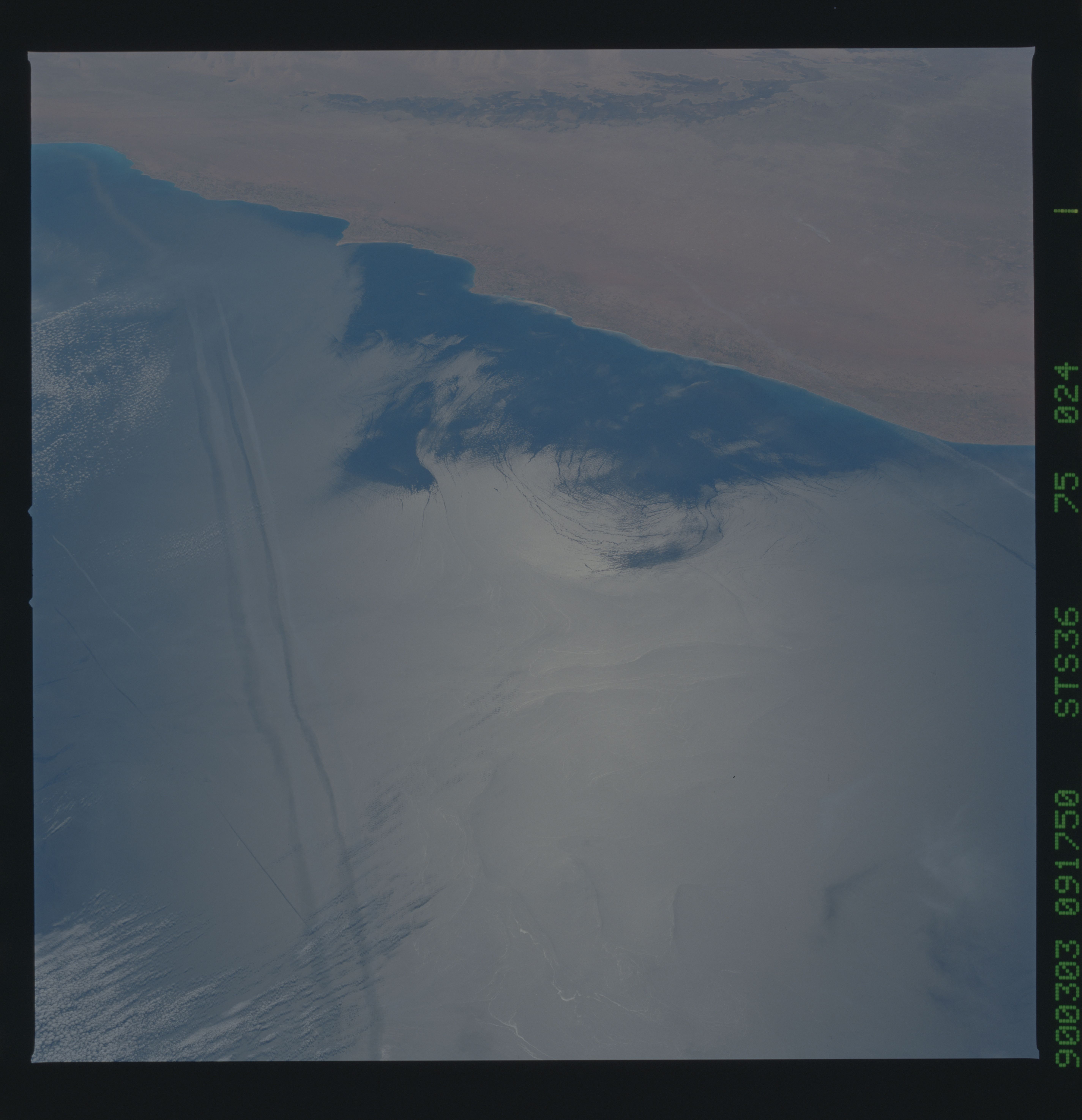 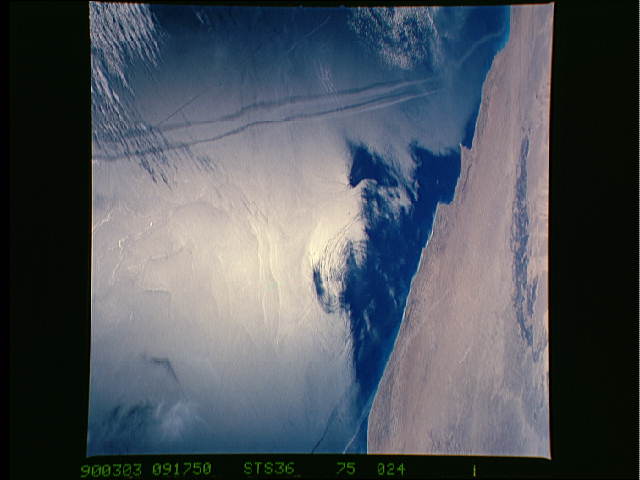 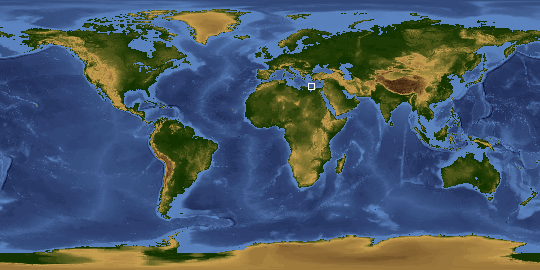 Other options available:
Download Packaged File
Download a Google Earth KML for this Image
View photo footprint information
Image Caption: STS036-075-024 Sun Glint Patterns, Mediterranean Sea March, 1990
Spiral eddies can be seen off the northern coast of Egypt west of Cape Alam el Rum, in the Mediterranean Sea. As seen in the sun's reflection off the water, the lighter-colored areas are more tranquil and therefore smooth. The darker blue-colored areas near the shore are rougher due to surface winds. A spiral eddy, refracted in the sunglint, is visible halfway between the tranquil and less tranquil waters (ear-shaped feature near center of the image). From upper left and traversing the image towards bottom center, two airplane contrails and their shadows are discernible.