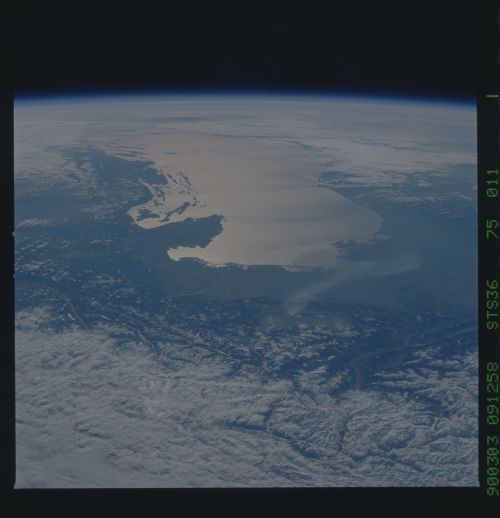 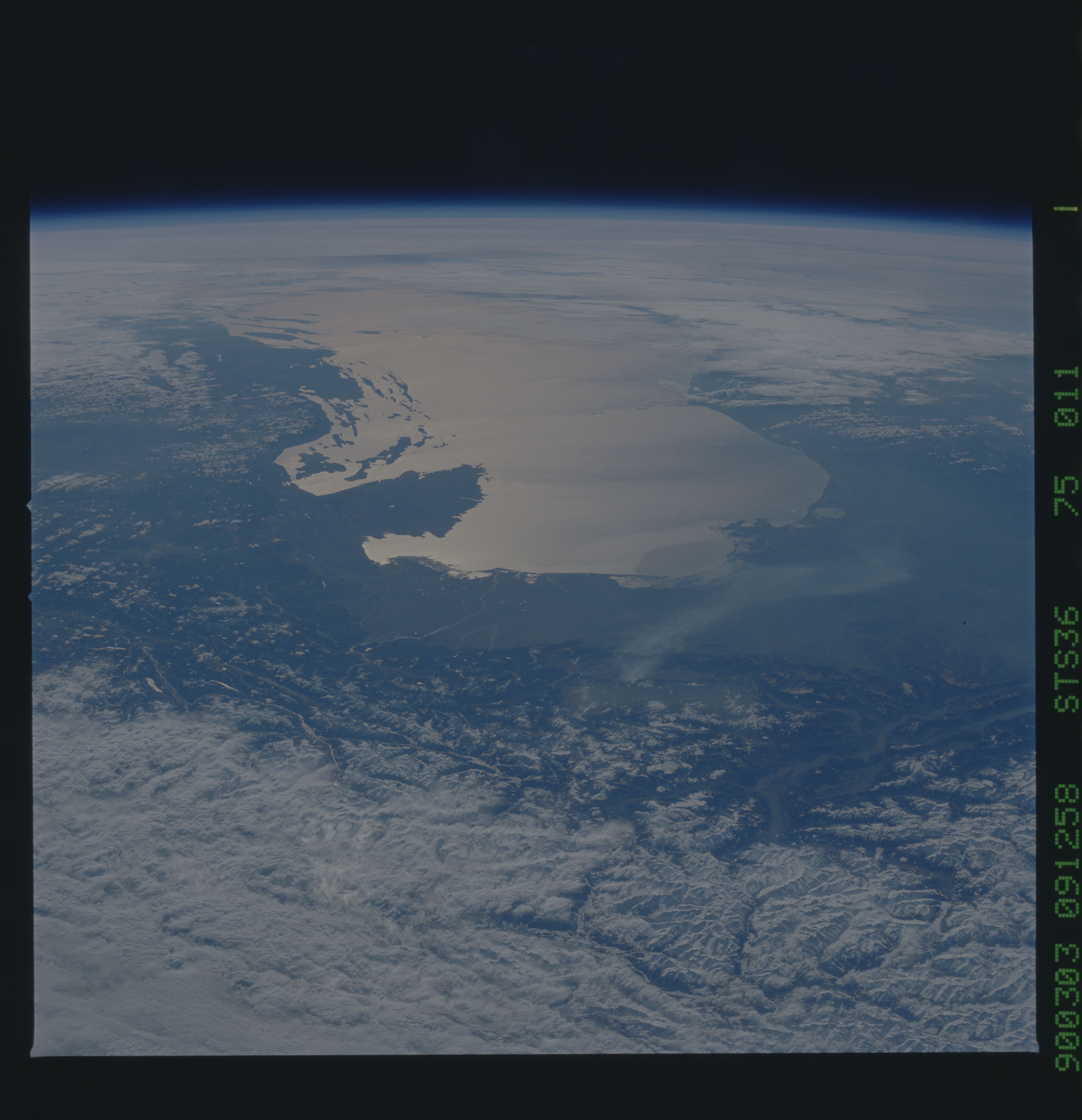 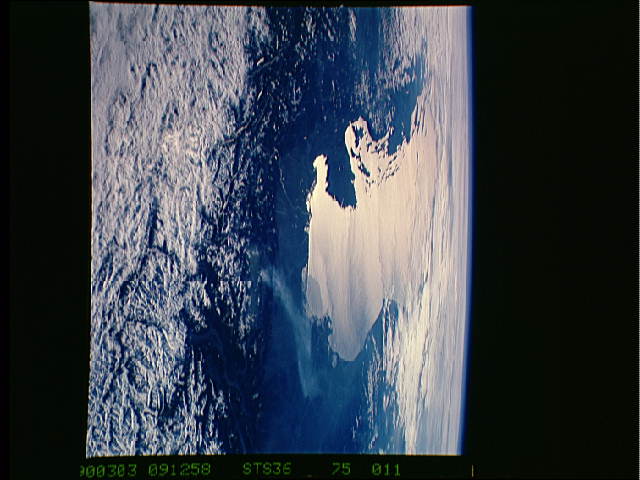 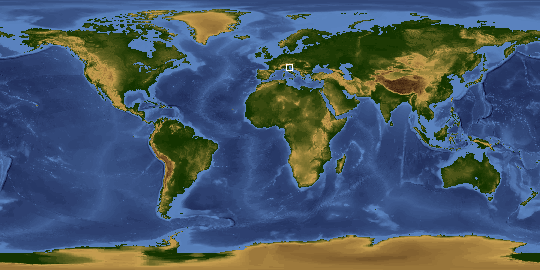 Other options available:
Download Packaged File
Download a Google Earth KML for this Image
View photo footprint information
Image Caption:
S36-75-011: Northern Adriatic Sea I'd highly recommend use of
STS036-075-011 to show events and geology around the north end of
the Adriatic Sea. This scene is taken from over the Alps of
Switzerland, looking to the south. The city of Trieste (now in
Yugoslavia) [Vic--According to the 1990 Times Atlas (8th ed.),
itUs in Italy now.--M.F.] is at the head of the embayment in the
middle left. Please note that Venice is in the lagoon at the
middle right, just to the north of the very prominent Po River
Delta. Also please note the semi-circular feature between the Po
River Delta and the Venetian lagoon. This feature may represent
one of the following (I cannot tell definitively from this one
photograph): a.) a wind gust or wind front coming out of
the Alps across the Po Plain and exiting over the Northern Adri-
atic. Many precedents for such a phenomenon exist in previous
photography of other locations. b.) a wind gust/front as
above, only what you are seeing is not disturbed water, but rath-
er atmospheric pollution from Venice being carried over the Adri-
atic Sea. Again, precedents exist for this situation in previous
Shuttle photographs elsewhere. c.) high water from a
rainfall event being pumped out off (they pump here ferociously)
or running out of the Venetian lagoon. . . . in essence in this
third instance you would probably see from nadir in non-sunglint
a ponding of very fresh, very turbid water, a lens if you like,
floating out into the Adriatic Sea. Such lenses have previously
been seen after Hurricane Hugo in the Carolinas, Hurricane Gil-
bert along the Yucatan, and in the southern Caspian Sea after a
rather large rainfall event in Northern Iran.

Take your choice of which explanation you like or consider feasi-
ble. I think all three explanations are plausible myself.

Also note in this photograph, the presence of a series of fires,
probably forest fires in the Southern Alps of Northern Italy.
The plume from these fires is drifting down towards Venice. We
have no ground reports from this region available to us to more
positively identify what these plumes represent . . . but this is
much larger and more point-specific than an anthropogenic source
such as a power plant or manmade pollution source. In addition,
during STS-28, large forest fires were seen in this region. The
plume from the STS-28 forest fires filled the entire Adriatic
with smoke and produced a plume that we measured as being 467 000
square kilometers in extent. That STS-28 plume went all the way
to Greece and Southern Italy in the Adriatic.