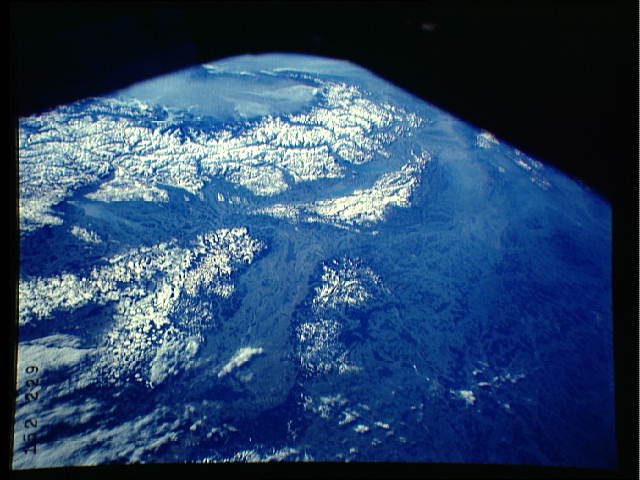 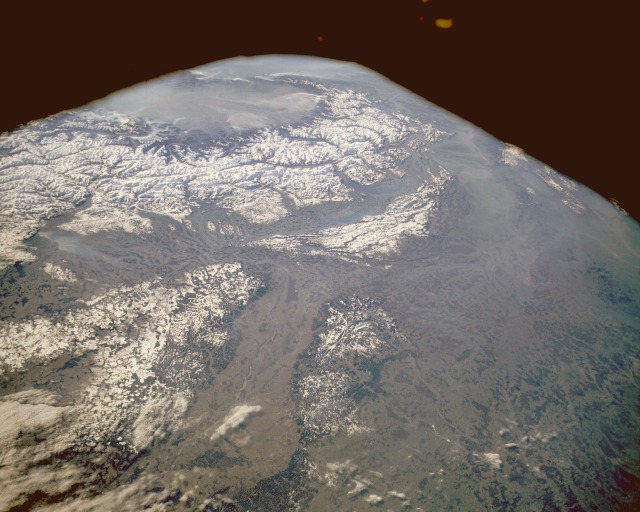 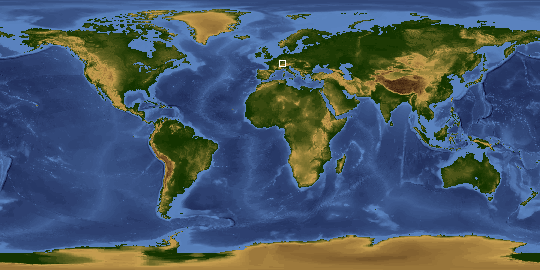 Other options available:
Download Packaged File
Download a Google Earth KML for this Image
View photo footprint information
Image Caption: STS036-152-229 The Alps, Rhine River Valley, South-Central Europe May 1989
The impressive snow-covered Alpine mountains and the hills and low mountains of eastern France, northern Italy, Switzerland, and southern Germany are seen in this low-oblique, south-looking photograph of south-central Europe. Two snow-covered areas are distinguishable viewing clockwise from the north--part of the complex series of the Alps of eastern France, northern Italy, and Switzerland and the large heavily forested hills and low mountains that range from 2000 to 3000 feet (610 to 915 meters) above sea level, which include the Vosges Mountains of eastern France and the Black Forest of southern Germany, separated by the north-flowing Rhine River and its valley. The Alps do not have extremely high elevations in comparison with other continental mountain systems; however, many of the peaks exceed 10 000 feet (3500 meters). While the hazy, cloud-filled Po River Valley of Italy is visible across the southern horizon, the Rhone River Valley and Lake Geneva are barely visible.