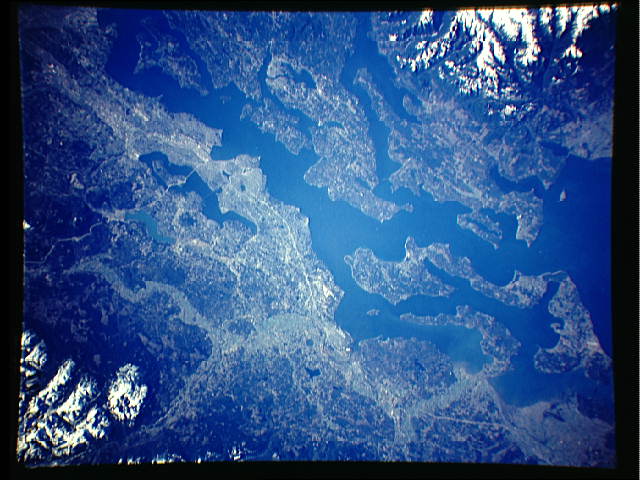 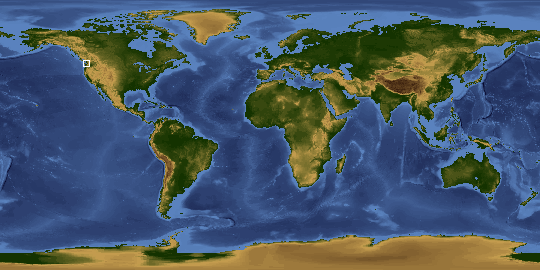 Other options available:
Download Packaged File
Download a Google Earth KML for this Image
View photo footprint information
Image Caption:
S36-152-012: Puget Sound and Seattle This near-vertical view
shows Puget Sound and the Seattle metropolitan region. The
eastern slopes of the Olympic Mountains can be seen at the bottom
left of the view. The Seattle-Tacoma Municipal Airport can also
be seen at the lower right of the view.

Puget Sound is an arm of the Pacific Ocean connected with the Pa-
cific by Juan de Fuca Strait, entered through the Admiralty In-
let, and extending in two arms 160Jkm south to Olympia. The
Sound, which receives many streams from the Cascade Range, has
numerous islands and is navigable for large ships.

Seattle, the largest city in the Pacific northwest, is situated
between the majestic Cascade and Olympic Mountain Ranges. It is
the regionUs commercial, transportation, and industrial hub and a
major port of entry, important in the Alaskan and far eastern
trade. The city is also a center of aircraft manufacturing and
ship building.