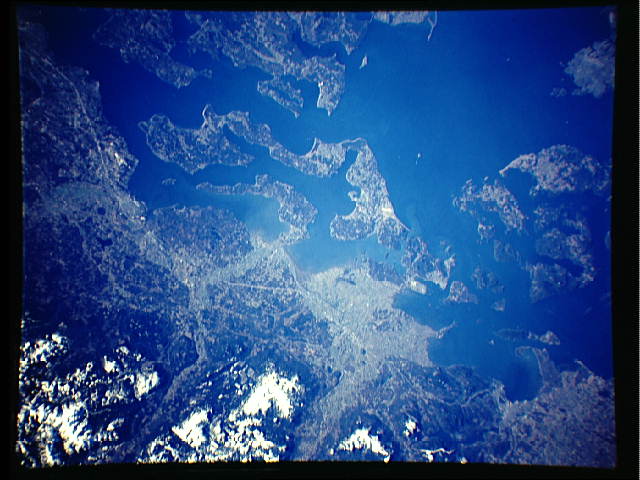 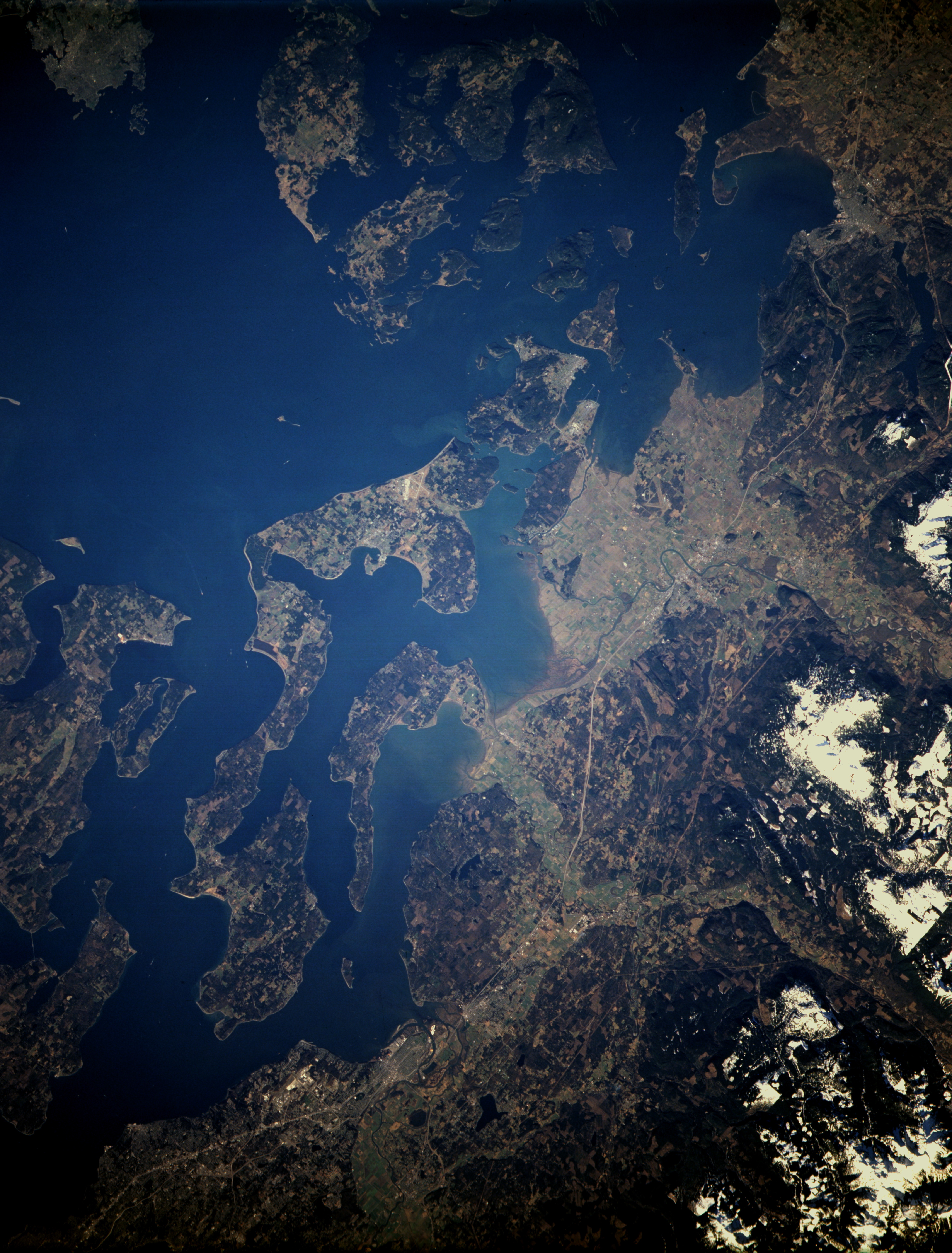 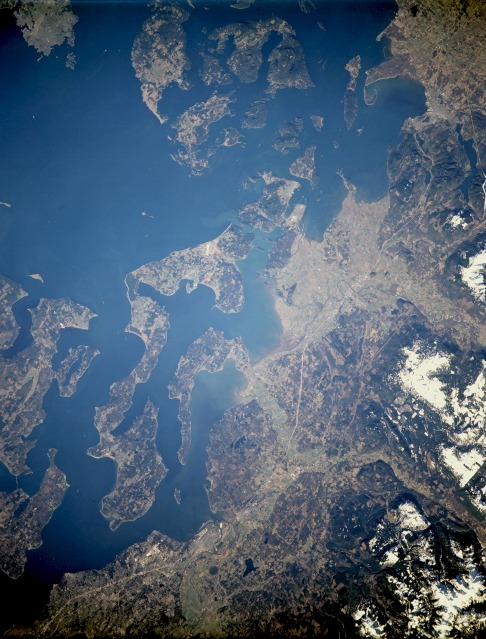 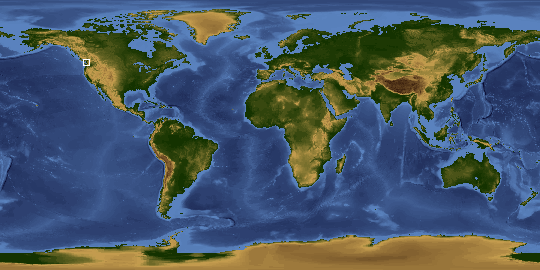 Other options available:
Download Packaged File
Download a Google Earth KML for this Image
View photo footprint information
Image Caption: STS036-152-011 Whidbey Island Area, Washington, U.S.A. March 1990
This near-vertical photograph shows Whidbey Island and the northern portion of Puget Sound. The island is 45 miles (72 kilometers) long and is located approximately 50 miles (81 kilometers) north-northwest of Seattle. Visible are the runways of the U.S. Naval Airbase and the city of Oak Harbor, just southeast of the airbase, a recreation and trade center and the major city on the island. Touring the area featured in the photograph, to the north of Whidbey Island (near the northern edge of the photograph) are the southern portions of the San Juan Islands, an archipelago of 172 small islands. North-northeast of Whidbey Island is the city of Bellingham [only 18 miles (29 kilometers) from the Canadian border], which has one of the best landlocked harbors on the Pacific coast. The city is an important shipping point for lumber, pulp, paper, and canned and frozen fruit. East of Whidbey Island on the mainland is a portion of the major transportation route from Vancouver, British Columbia, southward to San Diego, California--Interstate Highway 5. Admiralty Inlet, the northernmost part of Puget Sound, is west of Whidbey Island. Across Admiralty Inlet is the city of Port Townsend, a major lumber port located on the northeastern tip of the Olympic Peninsula.