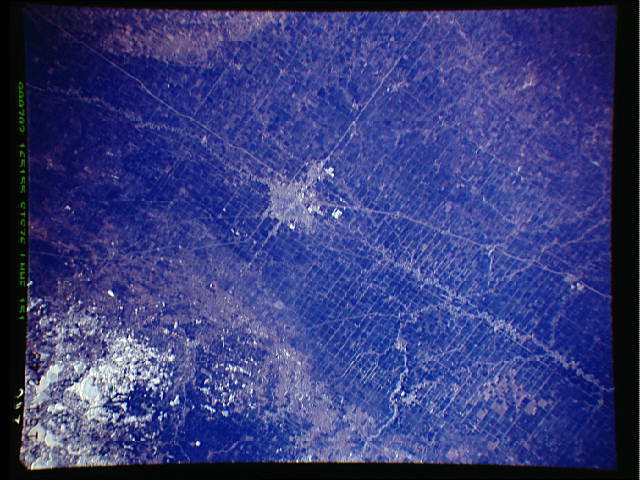 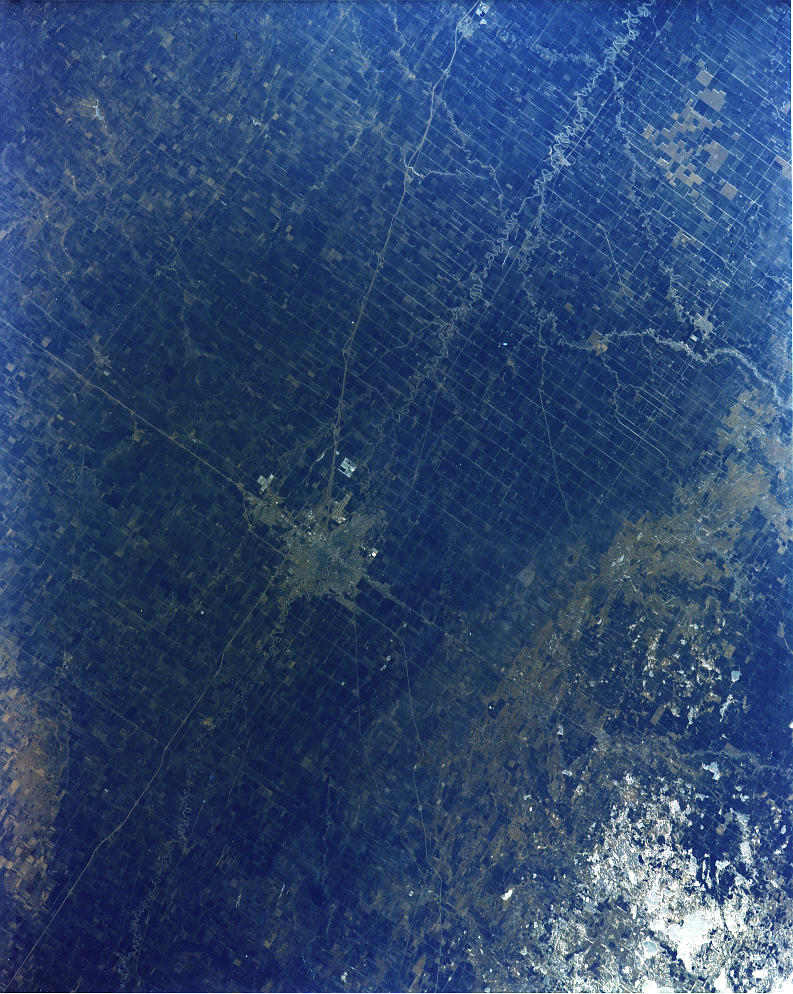 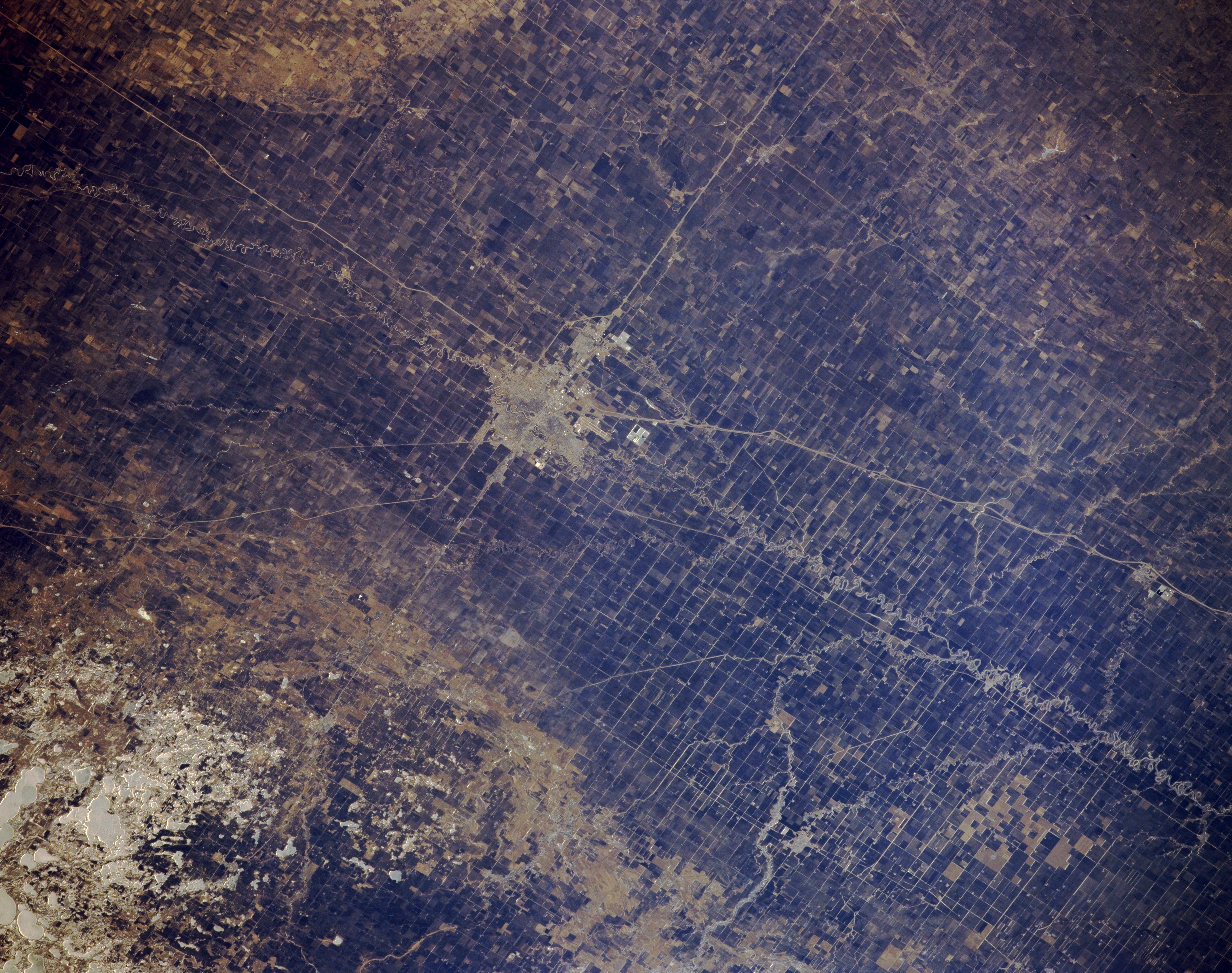 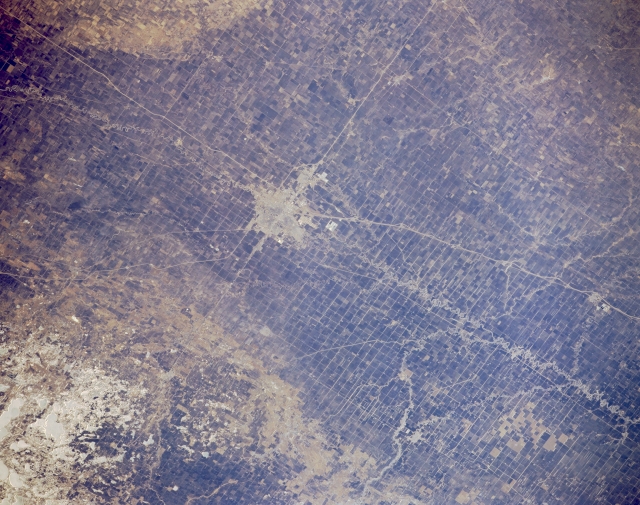 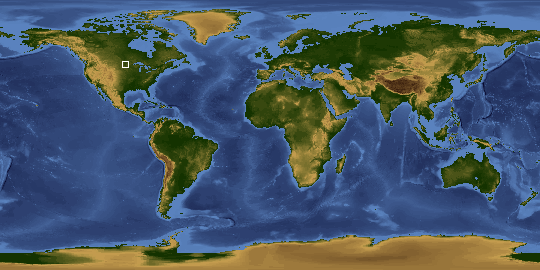 Other options available:
Download Packaged File
Download a Google Earth KML for this Image
View photo footprint information
Image Caption: STS036-151-243 Red River Valley, North Dakota and Minnesota, U.S.A. March 1990
The small cities of Moorhead, Minnesota, and Fargo, North Dakota, (near center) in the middle of the Red River Valley are discernible in this southwest-looking, low-oblique photograph. Dark agricultural fields appear in the Red River Valley, the former floor of Lake Agassiz, a glacial lake formed approximately 10 000 years ago. The lake, formed by the melting of the continental ice sheet, was almost 700 miles (1125 kilometers) long and 250 miles (402 kilometers) wide and covered portions of northwest Minnesota; northeast North Dakota and western Minnesota, including present day Fargo and Moorhead; and parts of southern Manitoba and southwestern Ontario in Canada. The lake has long been dry; its lake floor is now part of the Red River Valley, one of the principal spring wheat and flax growing areas in the United States and Canada. The Red River, which begins in northeastern South Dakota, meanders northward and empties into Lake Winnipeg in Canada. Fargo, to the west of the river, and Moorhead, to the east, combine to serve as a trade and distribution center for livestock and agricultural products. This photograph was taken before the big floods of February to May 1997 that inundated both cities with record high flood waters. Visible are two interstate highways--north-south Interstate Highway 29 and east-west Interstate Highway 94.