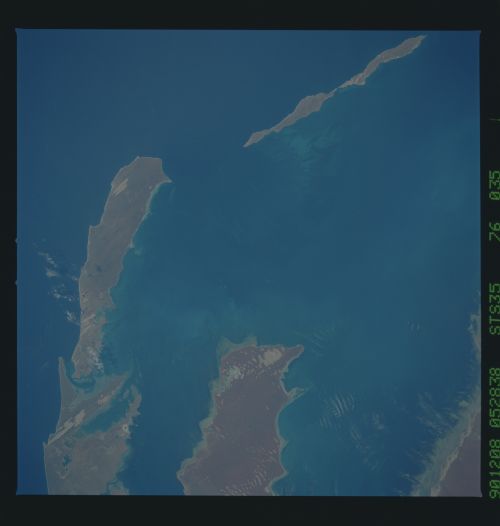 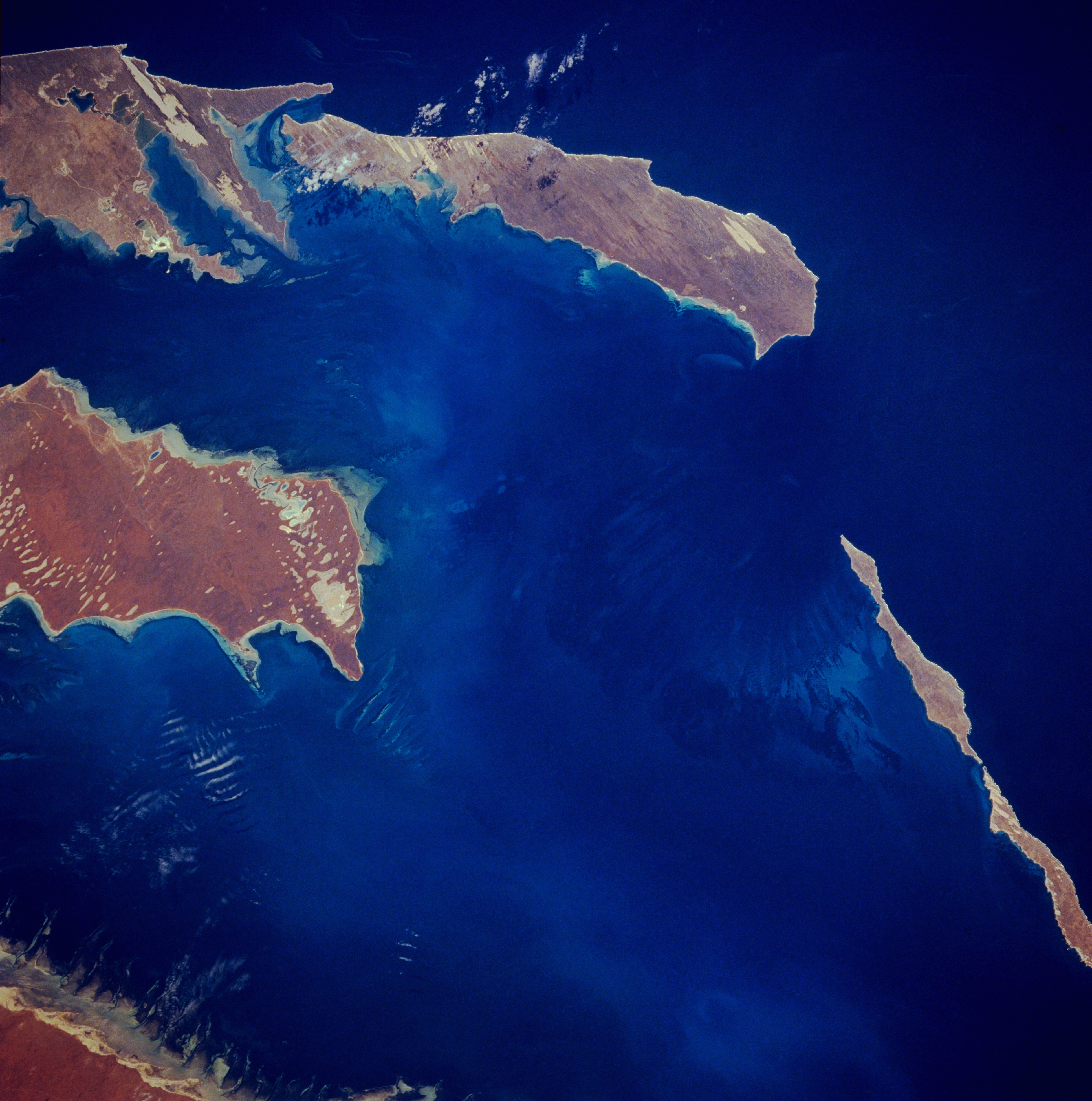 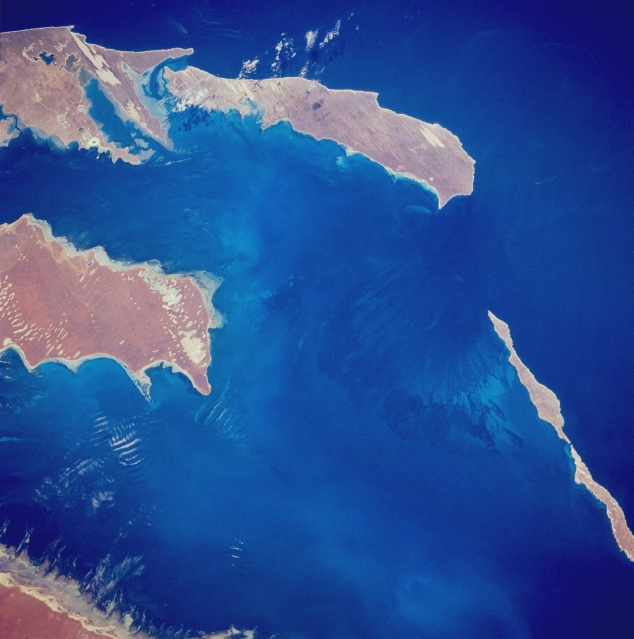 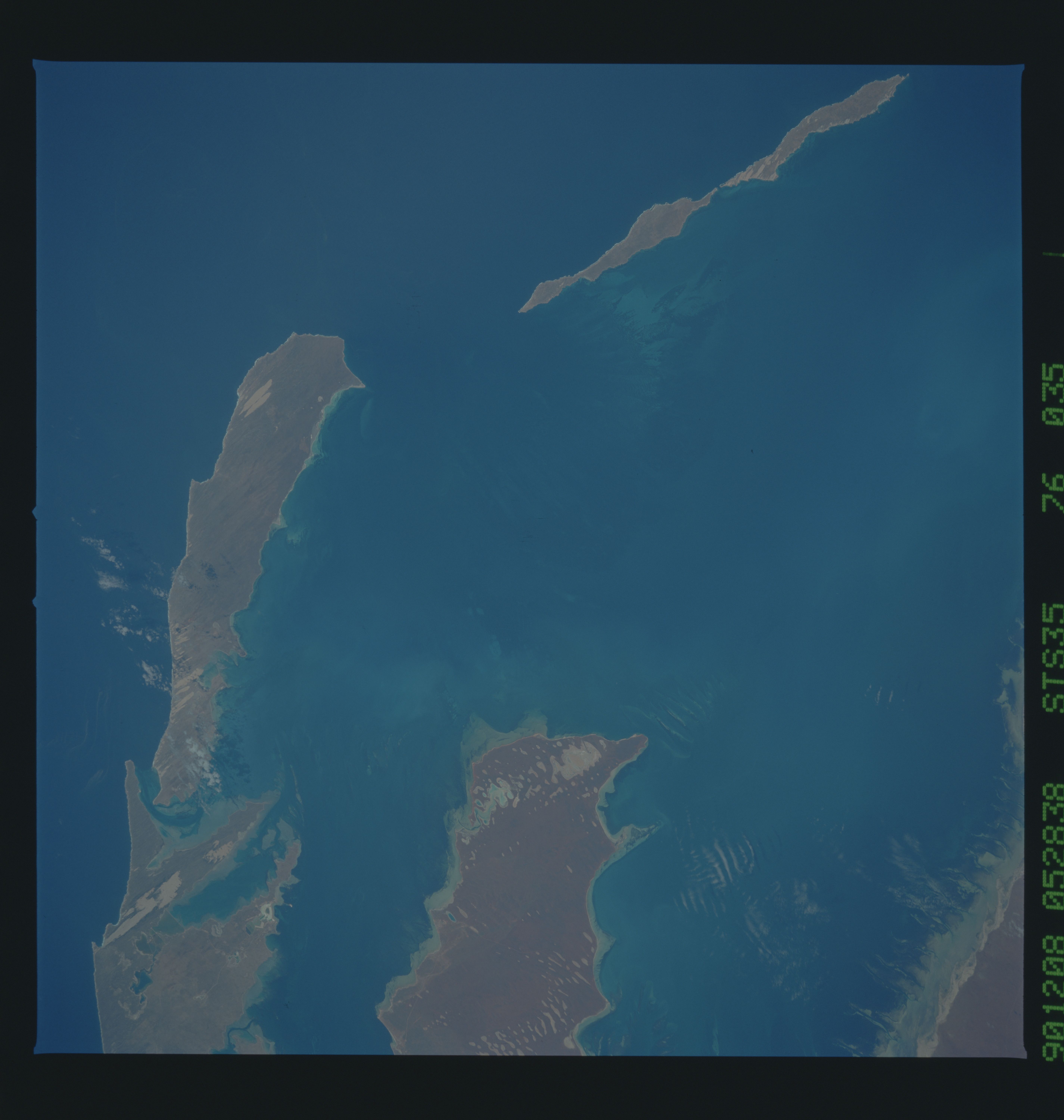 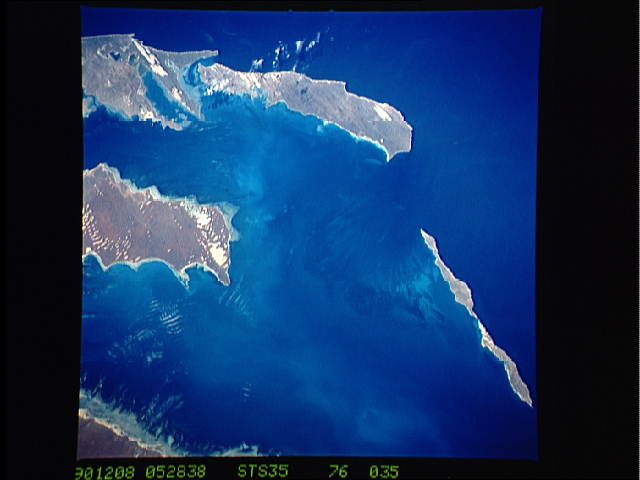 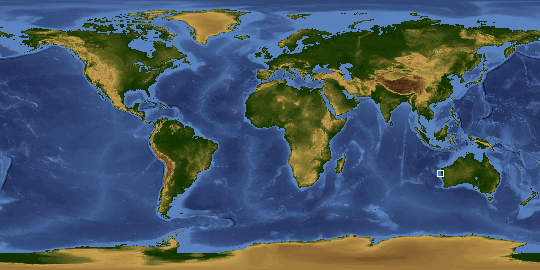 Other options available:
Download Packaged File
Download a Google Earth KML for this Image
View photo footprint information
Download a GeoTIFF for this photo
Image Caption: STS035-076-035 Shark Bay, Western Australia, Australia December 1990
Shark Bay is a large body of water along the west coast of Western Australia. The central part of the bay is shown here in the center of the image. Dirk Hartog Island, the westernmost land of Australia, borders the bay to the southwest (upper left) and Dorre and Bernier Islands (thin, elongated islands--bottom right) form a barrier between Shark Bay and the Indian Ocean. Peron Peninsula is the land area (middle left side) that juts northward into the middle of the bay. The light colored strips of land on the peninsulas and islands are exposed sand dunes that are aligned with the prevailing wind direction. Shark Bay is noted for its unique formations and features of exceptional natural beauty. The bay also provides an important habitat for threatened animals such as the dugongs.