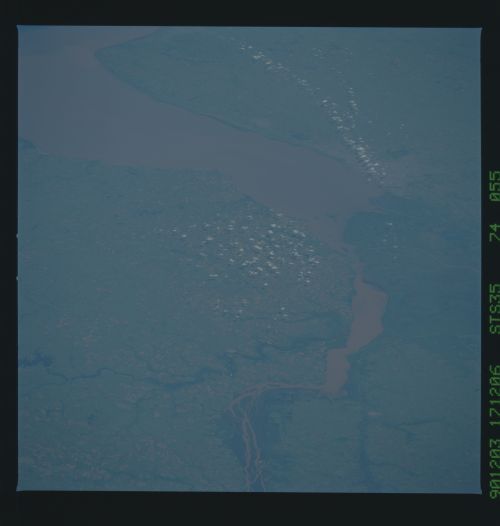 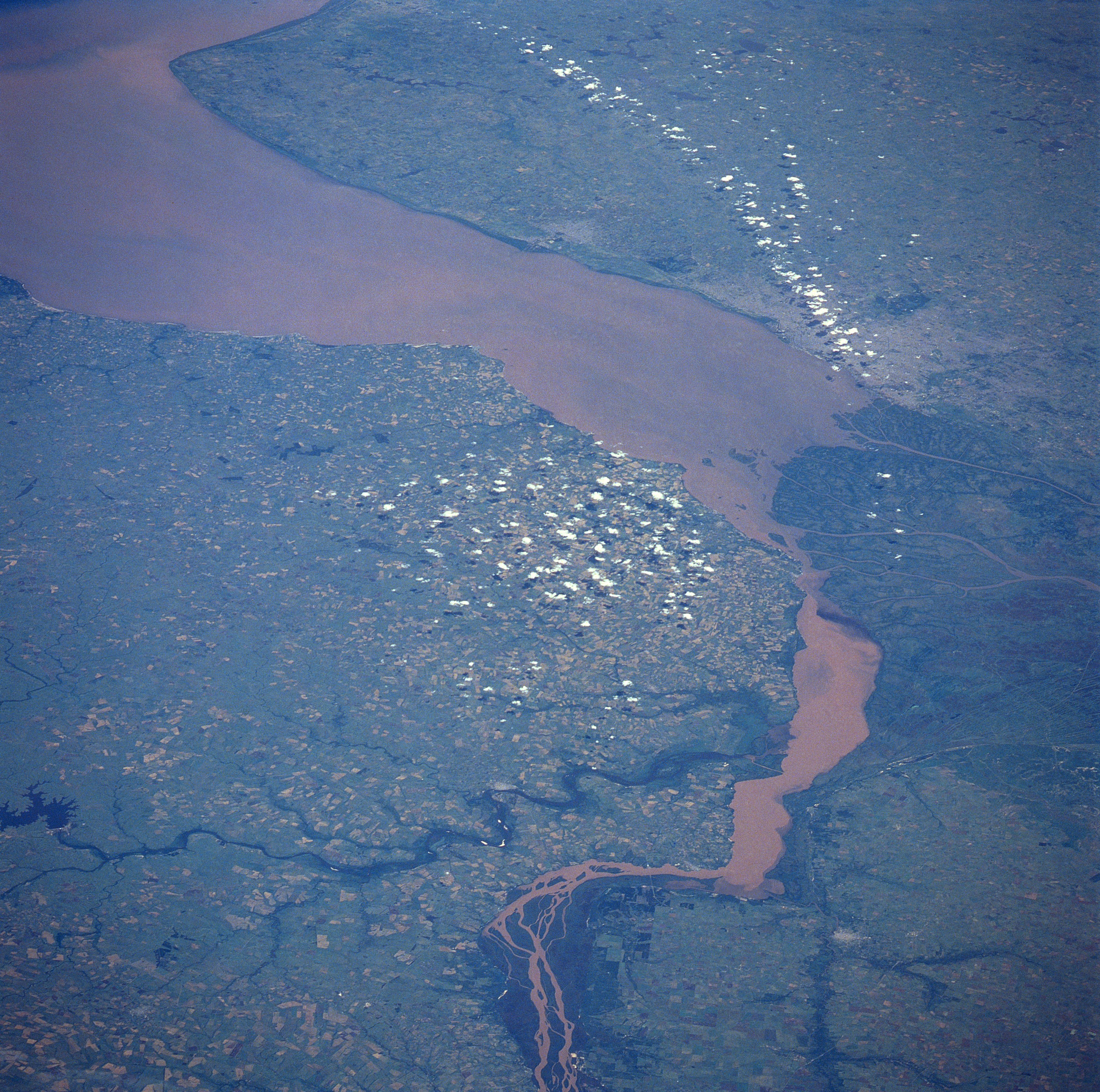 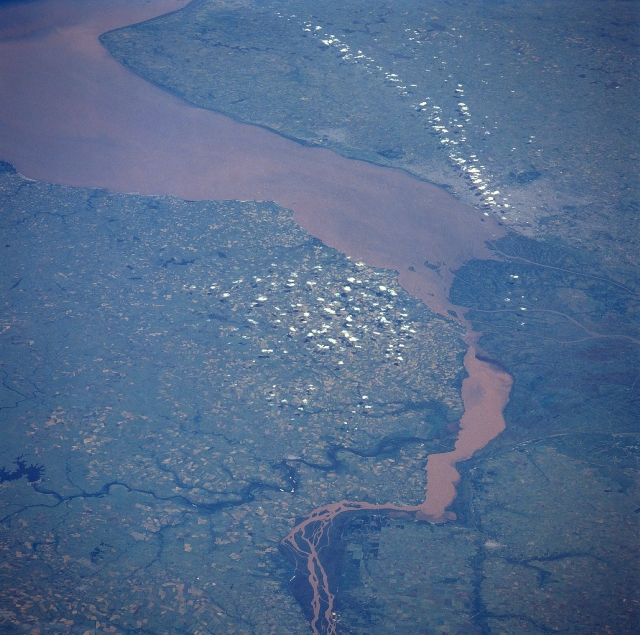 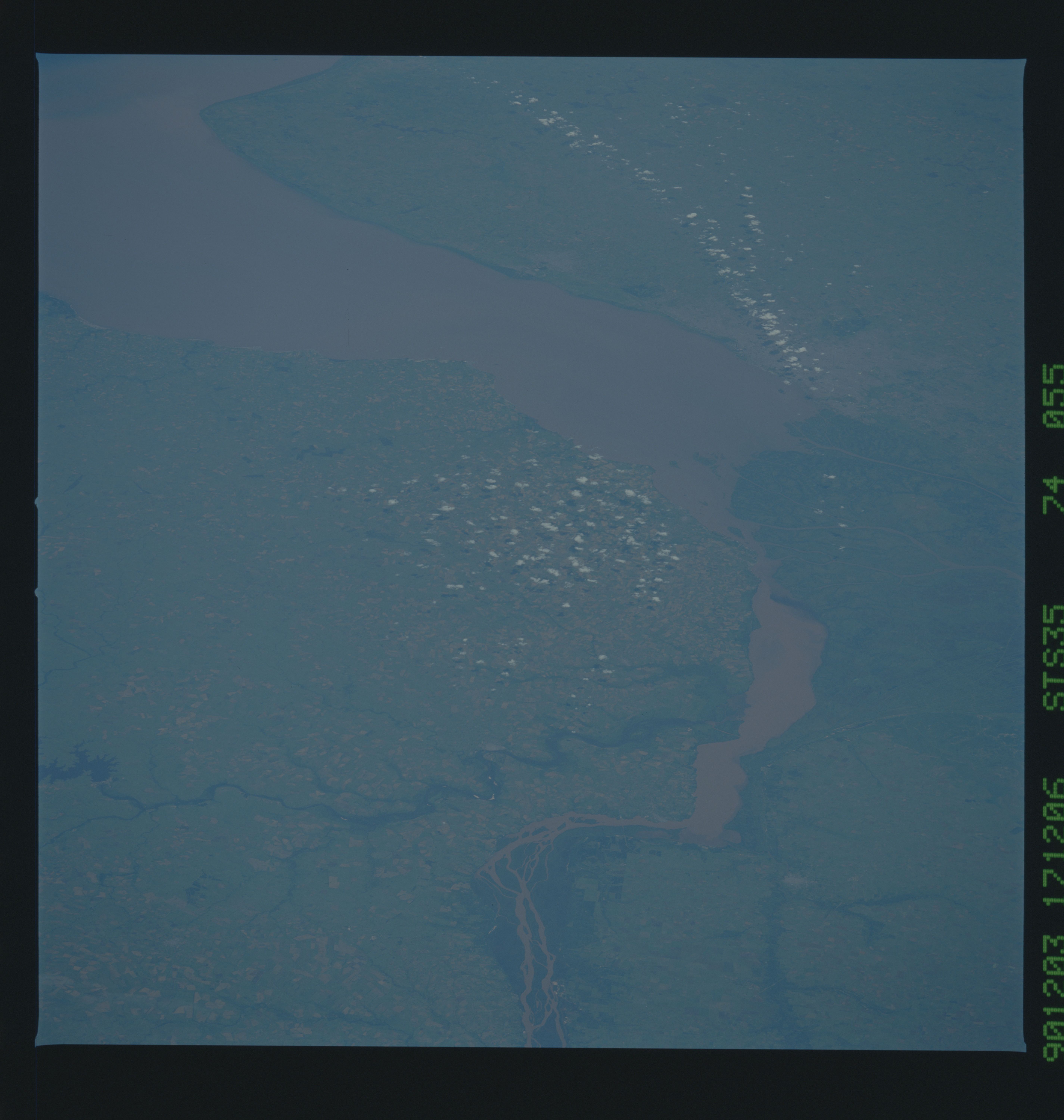 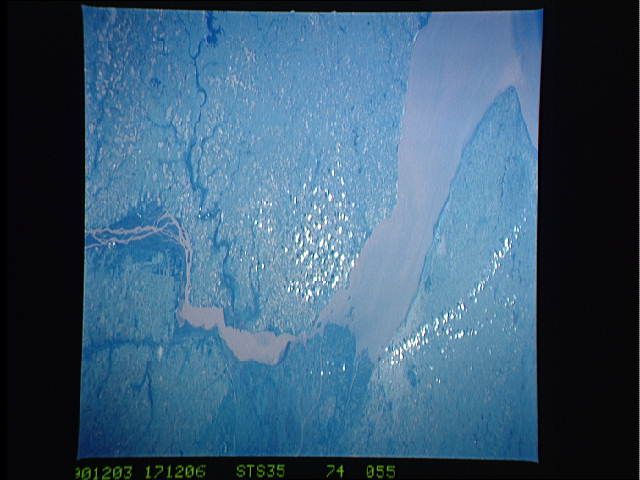 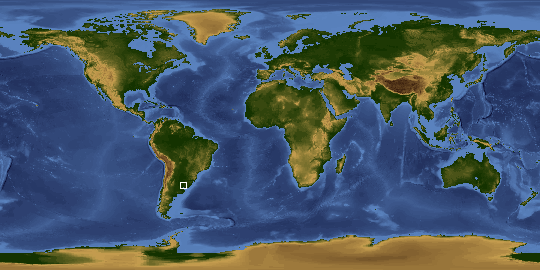 Other options available:
Download Packaged File
Download a Google Earth KML for this Image
View photo footprint information
Image Caption: STS035-074-055 Uruguay River, Rio de la Plata, Uruguay January 1990
Entering the scene at the bottom center of the view, the Uruguay River can be seen entering Rio de la Plata (River Plate) estuary. The Uruguay River rises in the hills of southern Brazil and is over 1000 miles (1610 km) long. The river flows in an arc west, southwest, and south before entering the estuary and forms the Uruguay (left) and Argentina border (right). The Rio Negro is visible in the lower left portion flowing through agricultural land into the Uruguay River. The Uruguay River supplies significant irrigation water and hydroelectric power to southeastern Brazil and Uruguay. A small portion of the great delta (dark region) of the Parana River is visible to the right center of the image. The estuary of the Rio de la Plata is a funnel-shaped indentation on the southern coast of South America. The estuary is 180 miles (290 km) long, and is 136 miles (219 km) wide where it opens on the Atlantic Ocean and a mere 30 miles (48 km) wide where the Uruguay and Parana Rivers join (just right of center of the image). Each year, the Uruguay and Parana Rivers carry an estimated 2 billion cubic feet (57 million cubic meters) of silt into the estuary, where the muddy waters are continuously stirred up by winds and tides. Dredging is constantly required to keep commercial shipping lanes open from the Atlantic Ocean to the port of Buenos Aires (gray-colored area towards the top right of the image, partially under clouds) and other ports in Argentina and Uruguay.