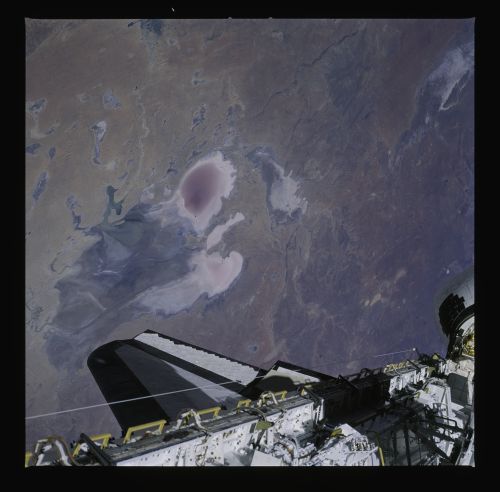 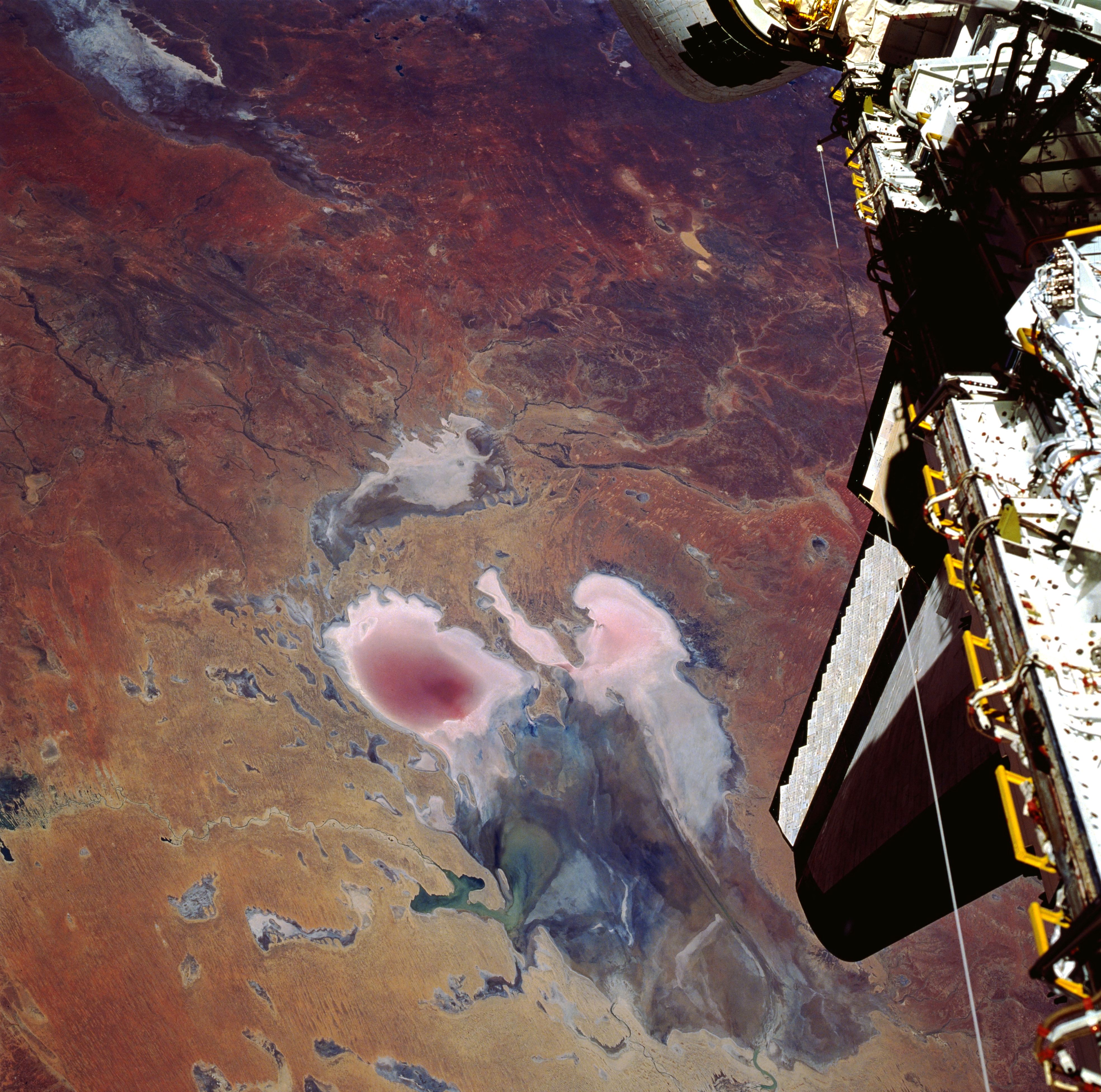 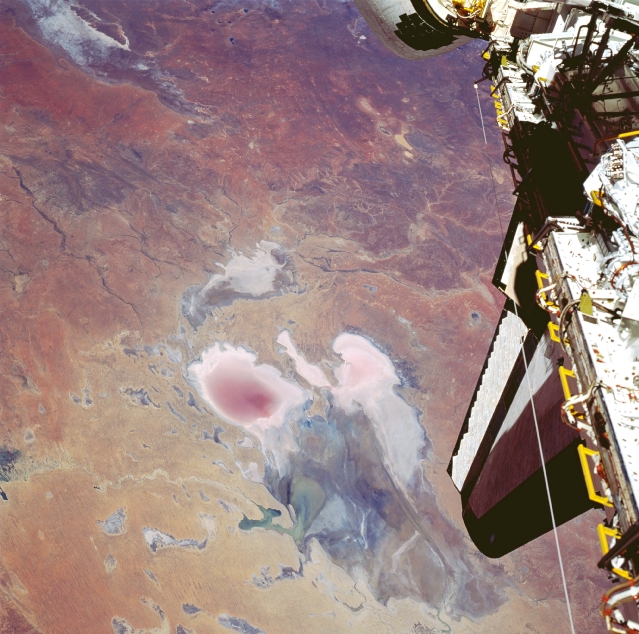 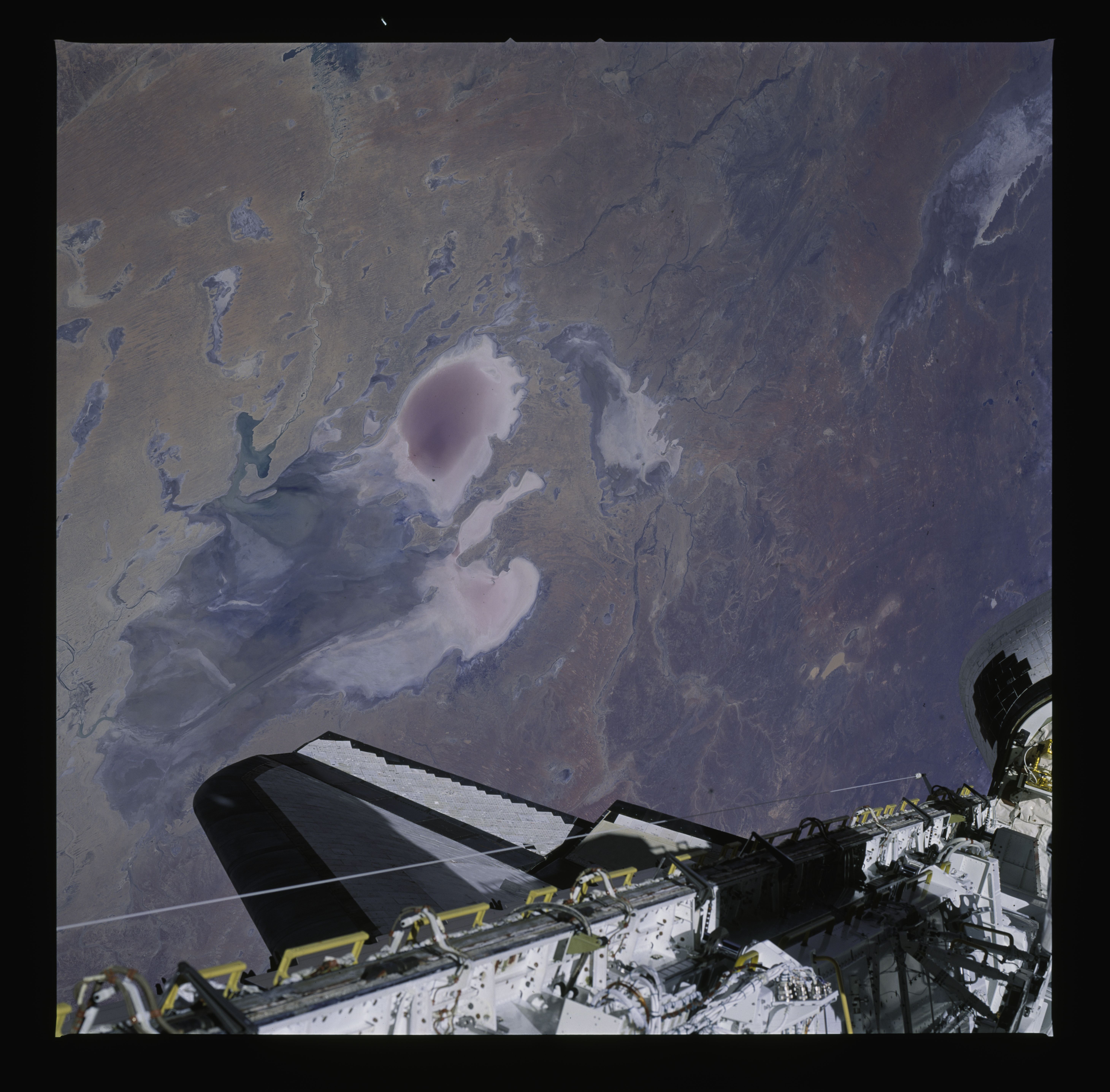 
Spacecraft Altitude: nautical miles (0km)
Other options available:
Download Packaged File
Download a Google Earth KML for this Image
View photo footprint information
Image Caption: STS035-502-4 Lake Eyre, South Australia, Australia December 1990
Lake Eyre is large in aerial extent (covers about 3600 square miles--9300 square kilometers), and its total drainage basin is even larger. The lake is divided into two unequal parts: Lake Eyre North and a much smaller Lake Eyre South. The two basins are connected by a narrow canal known as the Goyder Channel. Three specific "bays" are identified at the southern end of the north basin: Belt Bay (whitish lobe, southwest); Madigan Bay (multicolored, southeast); and the thin, elongated Jackboot Bay which is located between the larger bays. Belt Bay and Madigan Bay have the thickest crusts of dissolved salts--up to 15 inches (40 centimeters) on their surfaces. Lake Eyre is the lowest point in Australia at about 50 feet (15 meters) below sea level. This lake is also Australia's largest lakebed, although it is an ephemeral salt lake that receives less than 5 inches (125 millimeters) annual average precipitation. Records indicate that the lake has only been completely filled with water three times in the 20th century (1950, 1974, and 1984). In this photo the lake shows Eyre drying down from a higher level in October. The light, colored feature in the upper left corner of the picture is the northern end of Lake Torrens which is also another ephemeral lake. Part of the Space Shuttle cargo bay is visible along the right edge of the image.