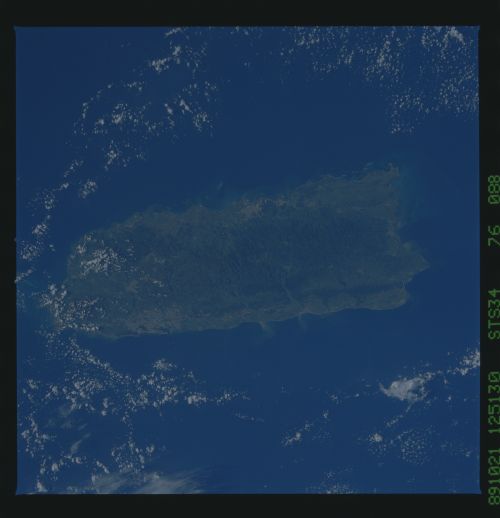 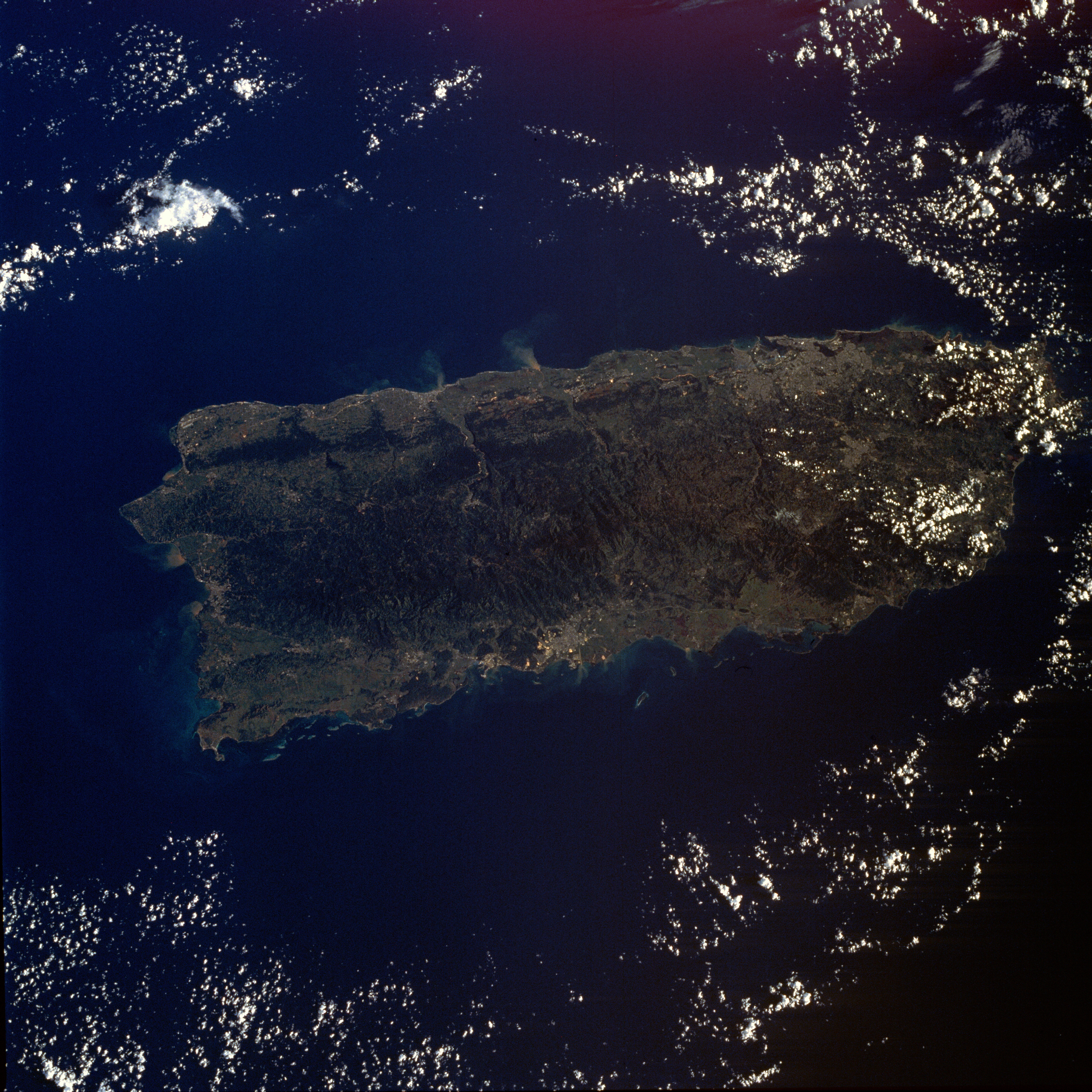 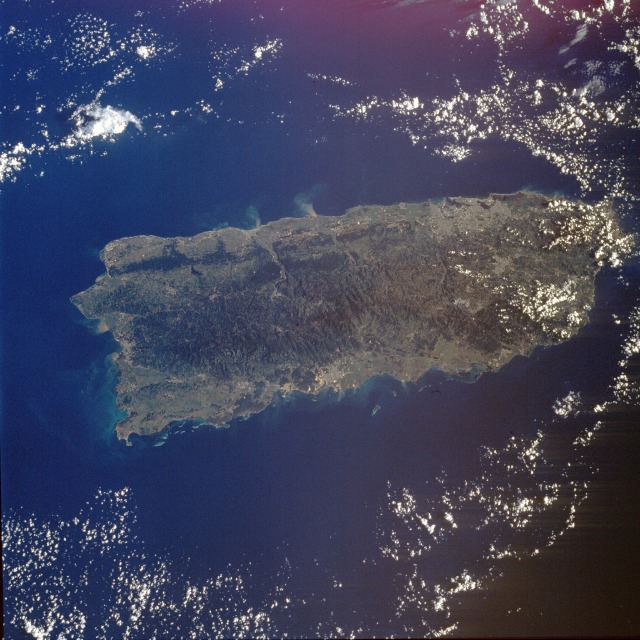 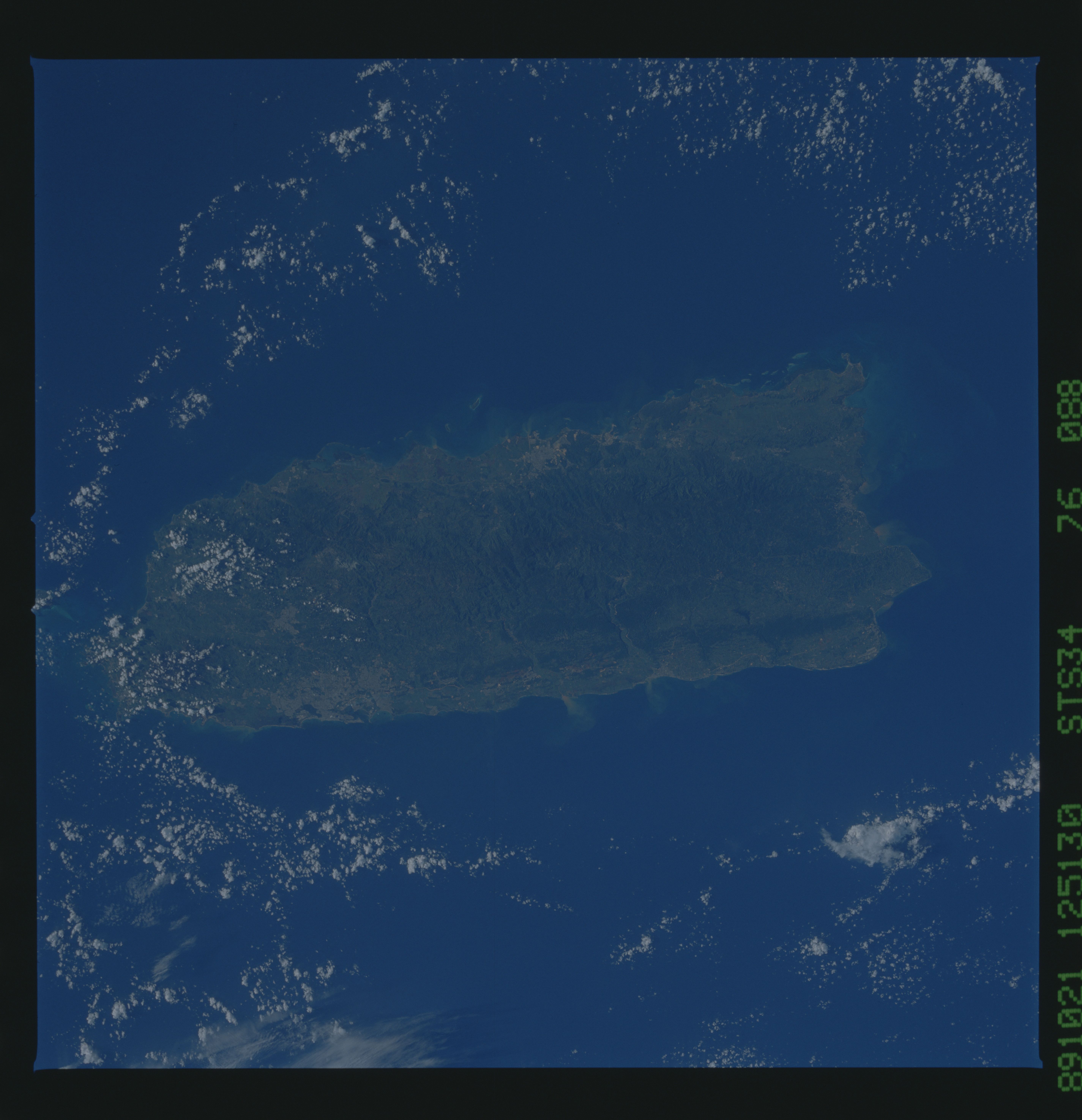 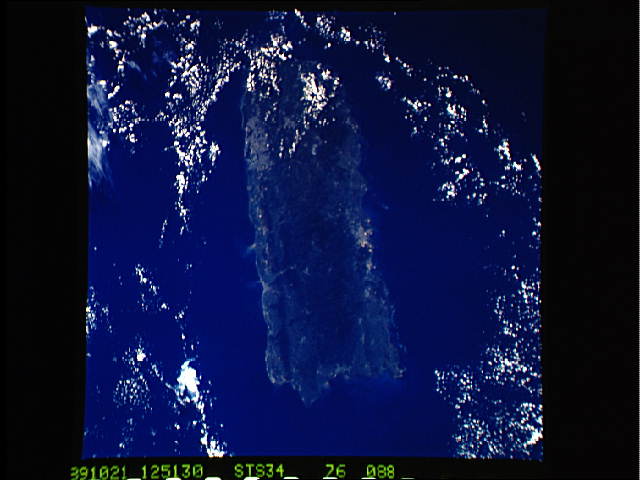 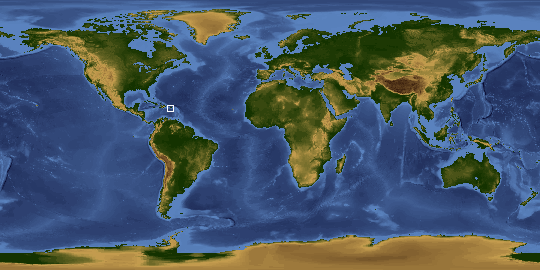 Other options available:
Download Packaged File
Download a Google Earth KML for this Image
View photo footprint information
Image Caption: STS034-76-88 Puerto Rico October 1989
The island of Puerto Rico, lying east-west, is slightly more than 100 miles (160 kilometers) long, and the average north-south width is about 35 miles (56 kilometers). More than three-fourths of Puerto Rico's land area consists of mountains and hills. The main chain of mountains running lengthwise is called the Cordillera Central in the west and the Sierra de Cayey in the east. Average land elevations are about 3000 feet (900 meters) above sea level, with the highest peak, Cerro de Punta at 4389 feet (1338 meters), located near the center of the photograph. The remainder of the island consists of lowlands and coastal plains. The two major cities of San Juan (estimated population 500 000) and Ponce (estimated population 200 000) are visible in the photograph. San Juan, the capital, is a port city on the north side of the island toward the eastern end, and Ponce is the major port city on the south side near the middle of the island.

Note the sediment runoff from Puerto Rico that is occurring one month after the passage of Hurricane Hugo. The turbid plumes are from freshwater runoff, especially along the northern coast.